The World-Famous Comedy Wildlife Photography Awards are back, and today, April 1st (I assure you, this is not a joke, but truly a nice day to kick off a competition revolving around humor in nature), the contest opens up to the public with a call for comedic wildlife photos.

After reporting a record-breaking year in 2021 entry-wise, it proved quite difficult for the jury to decide on the best of the best, so, in light of the launch of the new season, they’ve shared 10 never-before-seen pics from last year’s competition, which you can check out below! 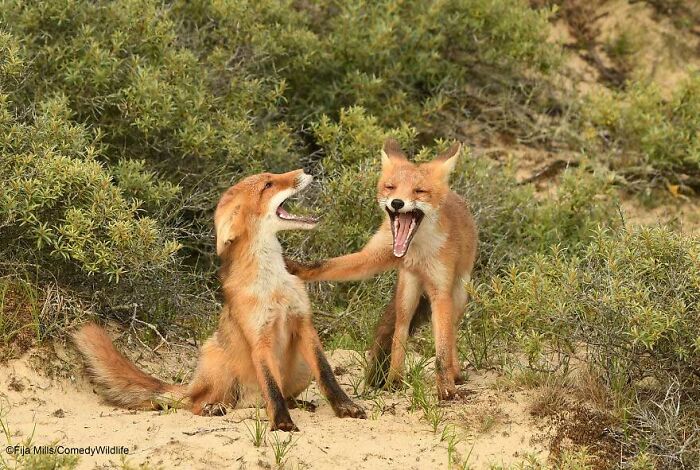 The Comedy Wildlife Photography Awards were co-founded back in 2015 by professional photographers Paul Joynson-Hicks MBE and Tom Sullam. The two wanted to create a photo competition that would crack people up—or at the very least, make them smile (or both)—showing that life is still great.

All the while, the competition also promotes conservation of wildlife and their habitats, and this year the competition partnered up with the Whitley Fund for Nature (WFN), which is a UK-based charity supporting conservation in the “Global South”—broadly to the regions of Latin America, Asia, Africa, and Oceania. The charity has managed to channel £19 million to 200+ conservationists across 80 countries in the 29 years that it’s been active. 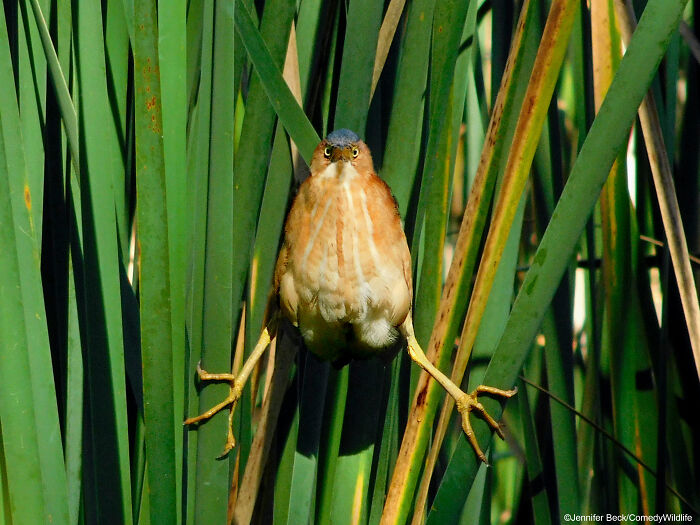 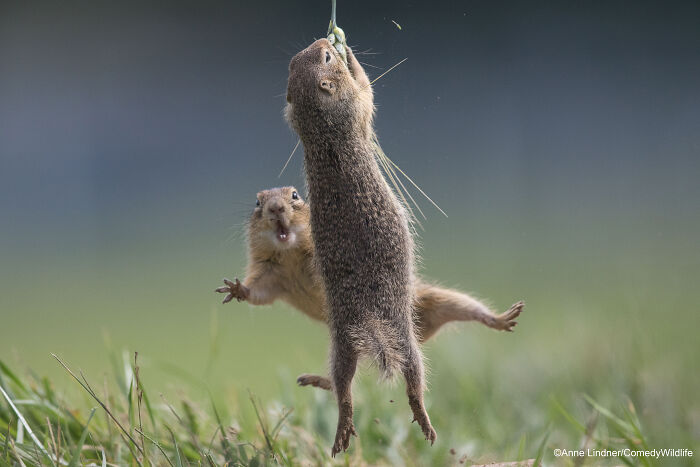 Bored Panda had a chat with the competition’s co-founder Tom Sullam about the Comedy Wildlife Photography Awards, starting with the expectations they had for this year’s run:

“To be honest, we never have any expectations from the competition regarding goals or themes—we are just thrilled that people continue to love entering their funny images and videos and share in the wonder of wildlife.”

“It consistently manages to surprise us: not only the breadth and depth of species and locations that get entered each year, but also the amazing, silly antics that animals manage to get up to. Ultimately, we want to continue reaching people with positive imagery, to create a positive reaction!” 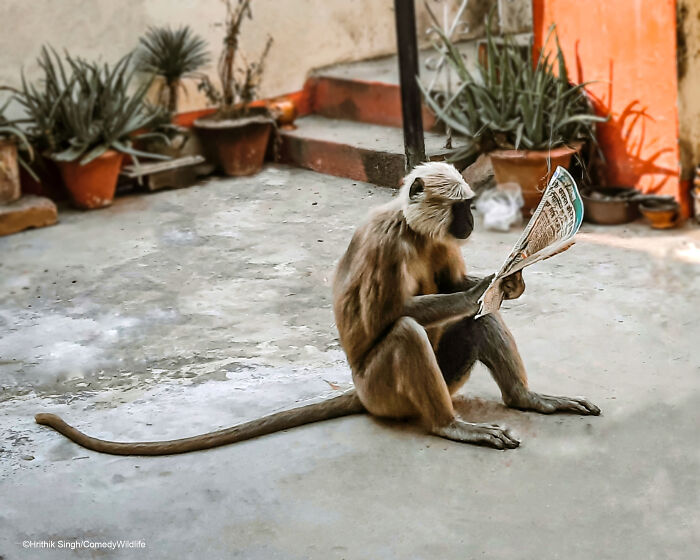 #5 The Ministry Of Silly Walks 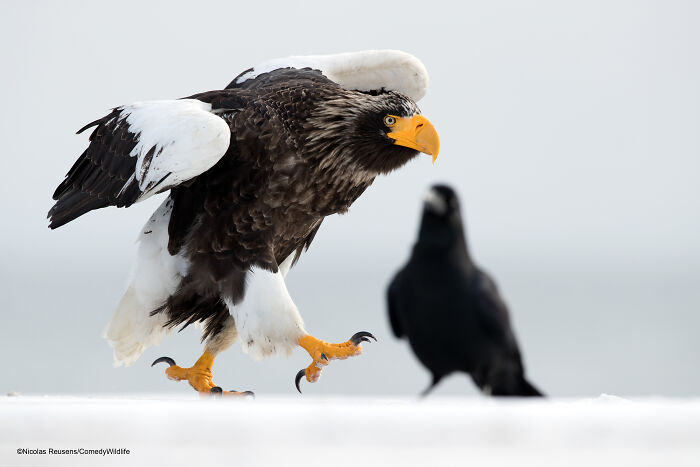 As is tradition, the competition is open to the public, free to enter, and offers some amazing prizes. This year, the grand prize winner will receive a once-in-a-lifetime safari in the Maasai Mara in Kenya, along with a Alex Walker’s Serian hand-made trophy from The Wonder Workshop in Dar es Salaam, Tanzania. Needless to say, they’ll also have bragging rights as the 2022 Comedy Wildlife Photographer of the Year. All category winners will also get a Think Tank camera bag and a certificate.

#6 Brother, You Can’t Play Hide And Seek, You Are Spotted! 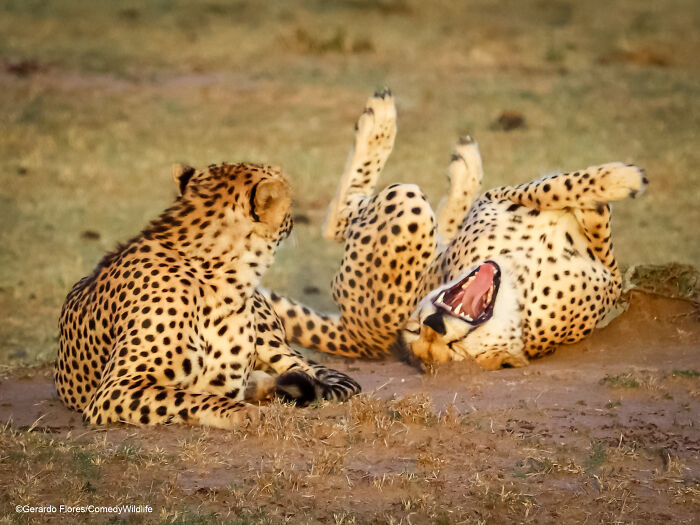 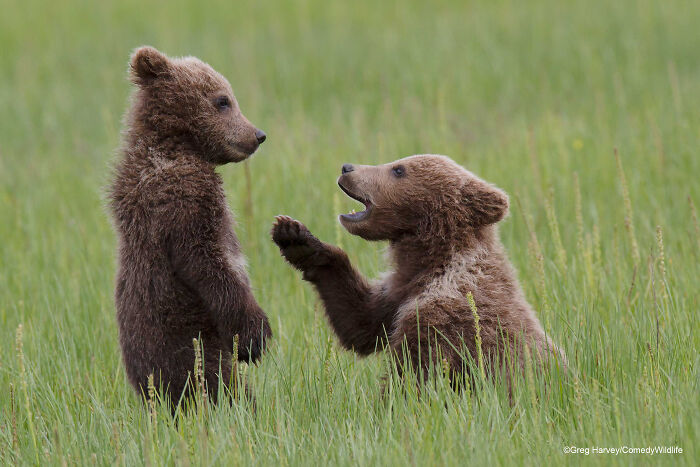 Now, it would be amazing if last year’s record for most entries in a year would be broken this time around, but Sullam says that each year you can’t ever know what will happen. But making sure as many people as possible know and hear about the competition—and take part in it—surely helps. “It’s still free, so there is nothing to lose and you might win,” says Sullam.

We also asked what Sullam speculates was the reason for their record being broken last year, and offered this explanation:

“We’re not entirely sure. Certainly the coverage of the Awards has grown exponentially in the last couple of years and that helps spread the word and reach people. Plus, we think it has tapped into a need to celebrate all that is positive in the world, it’s been a hell of a few years! The Covid years have created an even greater need for positivity in the world news, and we are at the forefront of that!” 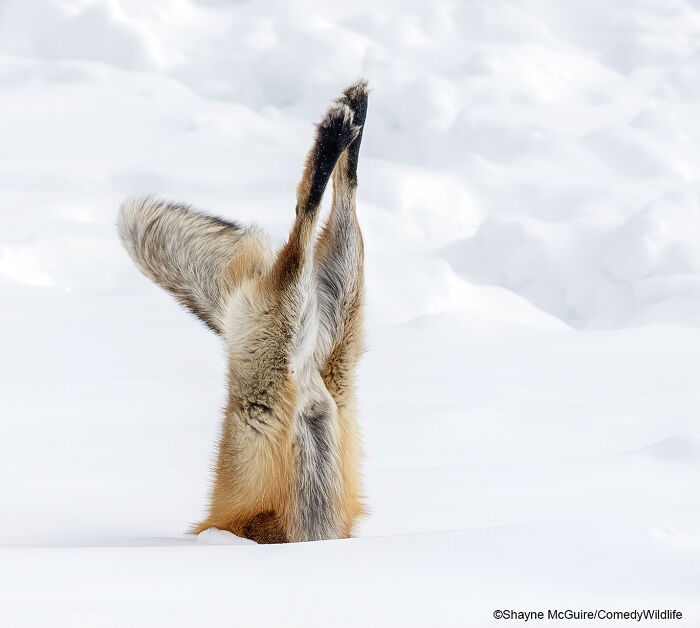 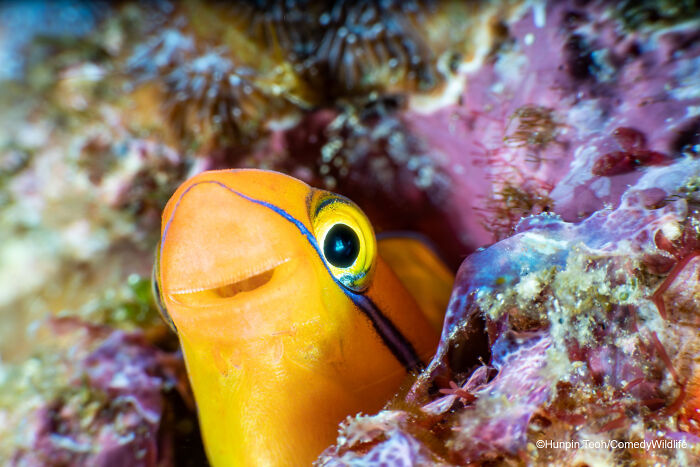 In their press release, the organizers joked that the shortlist of photographic picks “will be scrutinized” by a jury of mostly regulars, with some new additions to the team, namely award-winning comedian Russell Kane and underwater film and diving aficionado Luke Inman. 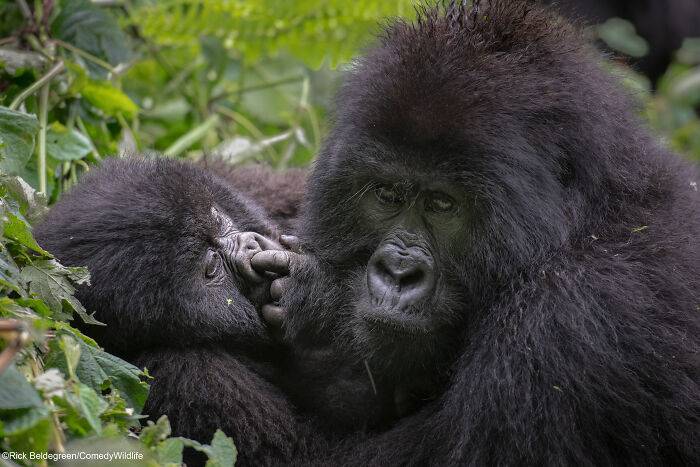 “We can’t believe it’s nearly 10 years! What started out as a tiny idea sparked by a casual observation by Paul Joynson-Hicks that his ‘funny’ pics sold out faster than his other ones and that this humor could be a way of engaging people to do something for conservation is now this huge competition—it’s amazing!” concluded Sullam. “We need to start planning for something amazing for the 10th anniversary for sure—watch this space! A global brand behind us would probably be the best birthday present ever!”

So, with that said, what are you waiting for? Have a comedic wildlife shot? Send it in here by September 1st, 2022. The shortlist will be announced sometime in October, and the winners—in December.