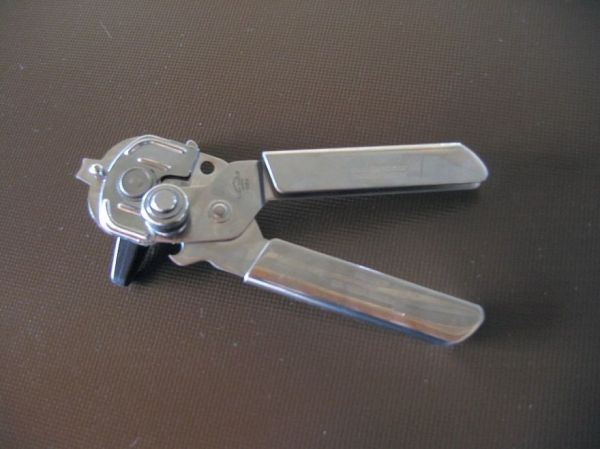 The history of food is as rich and long as the history of language or war, as just as consequential as either. Anything that makes food preparation simpler, safer, or more enjoyable is going to eventually become universal. Mental Floss take us on a tour of some culinary inventions that had a profound impact on people all over the world. You would probably guess that the process of baking food is in there, and microwave ovens, but it turns out that the simple hand-cranked can opener was a game changer, because it was invented long after canned food!

Preservation is a major theme of food history’s biggest breakthroughs. When modern canning was invented in the early 1800s, eating nutritious meals on long journeys or during hard winters became more feasible. But perhaps just as important as canning is the invention that made cans easier to use. Believe it or not, the can opener came nearly five decades after the first metal cans. Before that, people literally had to chisel away at their containers to get dinner.

One has to wonder why they even bothered to pack food in cans when no plan was in place to open them. Read how the can opener made canned food usable, and the origins of nine other inventions at Mental Floss. Or you can listen to the list in a video at the same link.