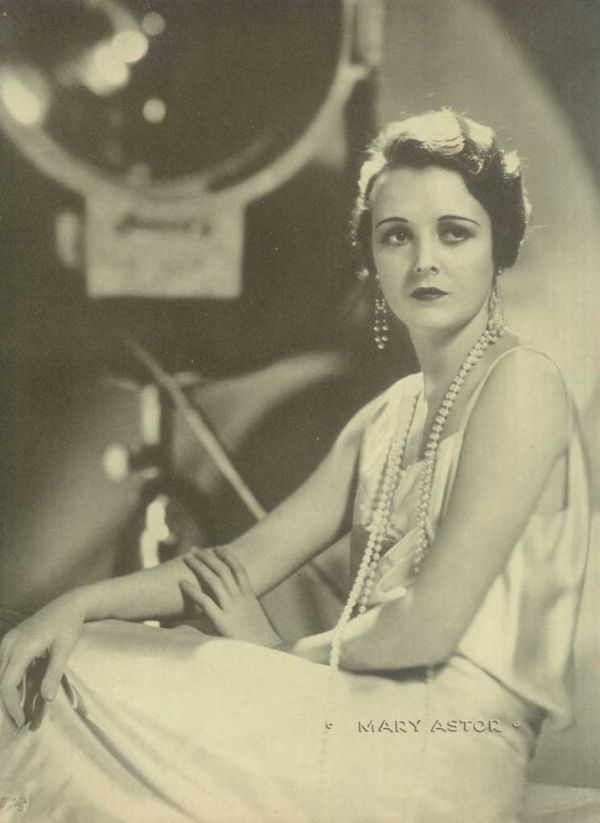 In 1936, actress Mary Astor and her ex-husband Dr. Franklyn Thorpe went to court to fight over custody of their daughter Marylyn. It had been a particularly acrimonious divorce, and the custody battle became a sensation, mainly because of Astor’s diaries.

Her estranged husband stole her private diaries, called the Purple or Lavender Diary, to use in a bitter custody battle. It was reported that Astor wrote breathless accounts of her many love affairs in its pages. As the press salivated for details, Astor appeared in court to face a hostile lawyer hellbent on proving she was an unfit mother. People flooded the courthouse and vendors sold hot dogs and ice cream to the crowds.

Astor’s diary was the first major Hollywood sex scandal, “a sensation the likes of which had never been seen before,” writes Joseph Egan in The Purple Diaries. Astor faced losing her career, daughter, and reputation, but she wouldn’t be shamed. When faced with these challenges, Astor fought back.

Astor’s affairs became public knowledge during the trial, but so did Thorpe’s. The press couldn’t get hold of the actual diaries, so they published false excerpts. And the diaries weren’t even purple: they were written in brown ink in blue notebooks. In any case, the details of the case were both salacious and gripping, but the fallout what not what you would have expected from the early days of Hollywood. Read the story of the purple diaries at Mental Floss. -via Strange Company