John Carpenter’s landmark 1982 film The Thing was a remake of Howard Hawks’ 1951 film The Thing From Another World, which starred James Arness as, well, more or less a giant bloodthirsty carrot. The main difference between the two is that the original film was a typical 1950’s sci-fi flick, suitable for the family at a drive-in, whereas the remake is one of the ghastliest films ever made.

What is truly remarkable and all the more impressive is that all special effects seen in the 1982 film are practical effects – not CGI. If you’ve seen the film, you know what I’m talking about – unforgettable scenes such as a man’s severed head suddenly sprouting huge spider legs and skittering off. This is the stuff of nightmares and it is executed exceptionally well, including an ambivalent ending which is still argued over to this day.

The above video exposes some of the background of the 1982 film and most of it I had not known. The first video below goes into detail as to how the film was made and is well worth the view. The 1982 film holds up well even today, but be warned – original audiences often fled the theater due to the intensity of some scenes. The second video below gives an excellent example of said intensity. See it if you haven’t yet done so – they don’t make ’em like this anymore – but be advised the film was rated R for some very good reasons. 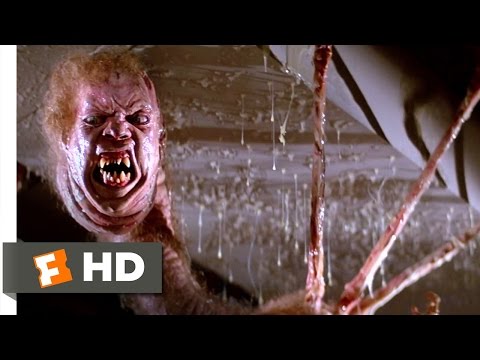 Inside Weather Lends an Open Source Hand to the Medical Community