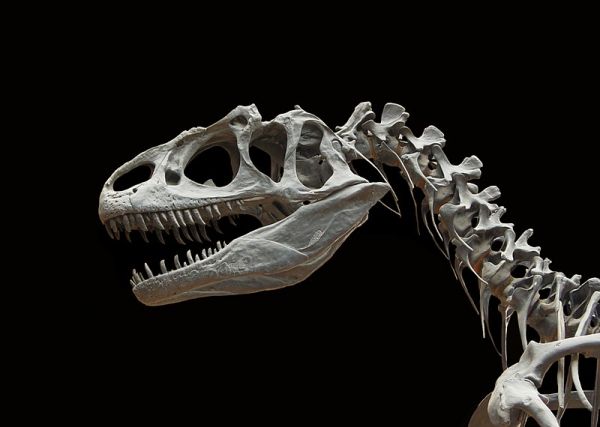 Dinosaurs, even covered in feathers, are big, dangerous, and fun to make movies about. They are perfect for that purpose because they more real than space aliens or ghosts, yet we can still go to sleep unafraid of being eaten by one. But what we know about dinosaurs is constantly changing with new discoveries. I just learned that they only grew to enormous sizes because of a mass extinction event -one that isn’t as publicized as the mass extinction event that later wiped them out. That information comes from the new book The Rise and Fall of the Dinosaurs by Steve Brusatte. Here’s more.

The first dinosaurs were not brutish monsters like T. rex or earth-shakers like Brontosaurus. Dinosaurs evolved from skinny, long-limbed, cat-sized ancestors called dinosauromorphs, which lived about 250 million years ago. They were sprinters who ran around on four legs, and lived in the shadows of giant amphibians, reptiles, and mammal ancestors who dominated the food chain at the time.

“Dinosauromorphs” should be a Saturday morning cartoon with a toy line, don’t you think? Read a list of ten interesting things about dinosaurs from the book at Boing Boing.