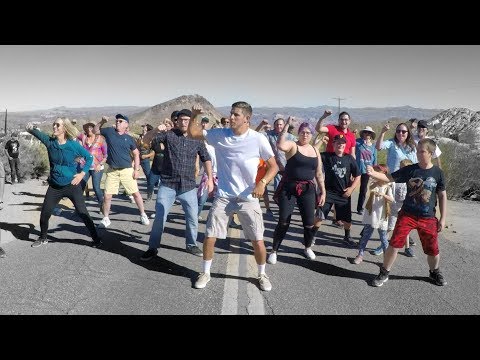 In 2014, Matt Bray posted a video he called 100 Days of Dance in which he learned the Napoleon Dynamite dance in 100 days. The next year, we posted his followup, 100 Places of Dance, in which he danced in 100 different locations. Bray has been busy since then. He’s traveled the world to dance with people- at least a thousand of them.

“This video was literally just me flying to a country by myself, walking up to strangers in a cool spot I wanted to film at, and asking them if they would be willing to dance with me,” said Bray, explaining the process. “There was no big production behind this or any organization.”

Despite having never traveled outside the country before, Bray pushed through feeling “nervous or uncomfortable” when walking up to strangers to film a complex dance, and came out the other end with “by far, the most rewarding video.”

The video will leave you smiling, even if it’s just on the inside. Read more about Bray’s dance odyssey at Mashable.