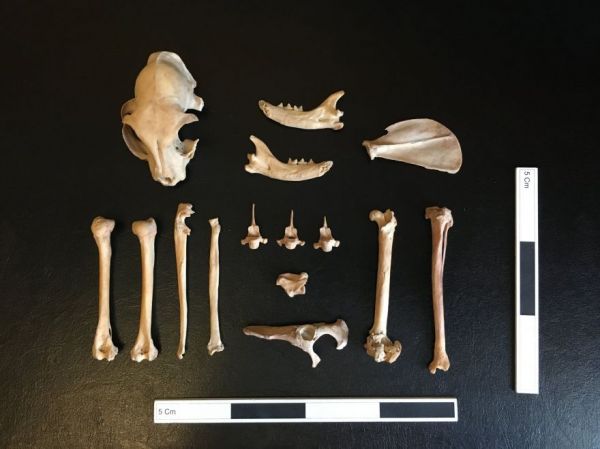 Life is not easy for solitary cats, no matter what era they live in. Any illness or injury, as well as malnutrition, can mean death. So it was a surprise for a team of archaeologists to find an almost-complete skeleton of a cat at a 8th-century settlement in southern Kazakhstan. The intact skeleton means it had been buried, as if someone had cared for it, which was an exceedingly rare find. Dr. Ashleigh Haruda explains more.

Haruda worked with an international team of archeologists and ancient DNA specialists. An examination of the tomcat’s skeleton revealed astonishing details about its life. First, the team took 3-D images and X-rays of its bones. “This cat suffered a number of fractures, but survived,” says Haruda. Isotope analyses of bone samples also provided the team with information about the cat’s diet. Compared to the dogs found during the excavation and to other cats from that time period, this tomcat’s diet was very high in protein. “It must have been fed by humans, since the animal had lost almost all its teeth toward the end of its life.”

Read more about this discovery at PhysOrg. -via Strange Company