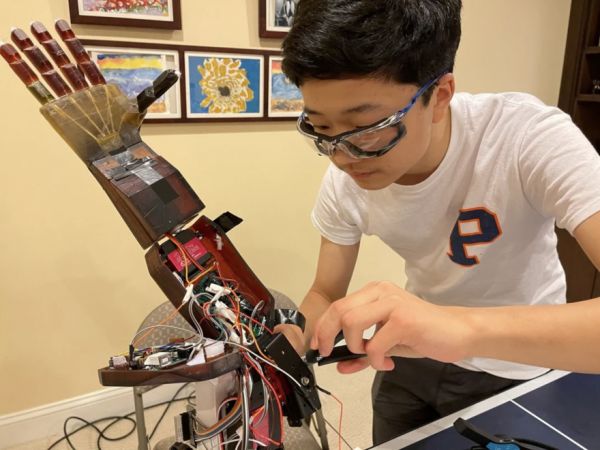 High school student Benjamin Choi had some time on his hands during the summer of 2020, as the lab he had planned to work at shut down for the pandemic. So he set about solving a problem that had bothered him for years. Choi had seen a report about a mind-controlled prosthetic arm, but it required surgery to implant the brain sensors. So Choi harnessed his sister’s 3D printer and went to work. He went through 75 designs before he was satisfied with his robotic arm. The resulting arm is tough enough to withstand four tons of pressure. It works by EEG, using sensors placed on the outside of the skull. And it only costs about $300 to manufacture! Other hi-tech prosthetic arms can cost up to a half-million dollars once you include the cost of brain surgery.

Choi’s arm landed him as a finalist in his year’s Regeneron Science Talent Search. He didn’t win, but the arm he built may open doors for many people to use their arms again. Read about Choi’s project at Smithsonian.