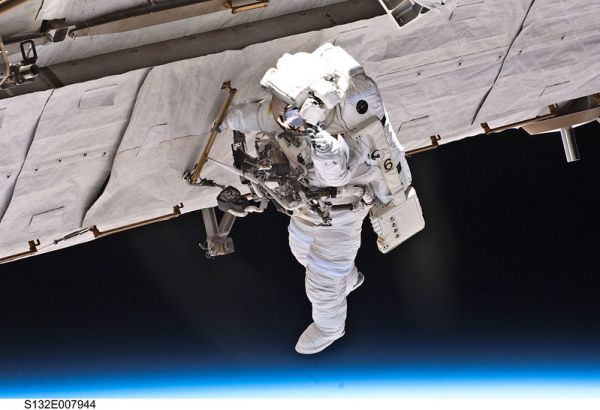 As part of their continuing series on job secrets, Mental Floss talked to a couple of astronauts about what that important and glamorous job is really like. Mike Massimino, former NASA astronaut and professor of mechanical engineering at Columbia University, and Garrett Reisman, former NASA astronaut and the director of space operations at SpaceX’s headquarters tell us about getting the job, training for the job, and some of the things you might expect when you are an astronaut.

Even in a place as tight as a space station, astronauts still manage to misplace their belongings. Thanks to the lack of gravity, anything they let go of immediately drifts away, which can cause problems when they’re not paying attention. Massimino recalls one incident that happened to his crewmate Mike Good: “He had his grandfather’s watch with him, and he comes up to me and goes, ‘Mass, I can’t find the watch.’ We’re looking all over the place and I stop after a minute and go, ‘Mike, it’s inside here somewhere.'”

They eventually found it trapped inside the airlock. The air filter is another common place where lost items end up: Without gravity interfering, the air flow will carry any floating objects there. “One thing we would say is, ‘If you can’t find something, just wait,'” Massimino says. “You’d wake up in the morning and look at the filter and see like aspirin and a piece of Velcro or something, because everything eventually would get there.”

Read the rest of the 11 secrets of the profession of astronaut at Mental Floss.