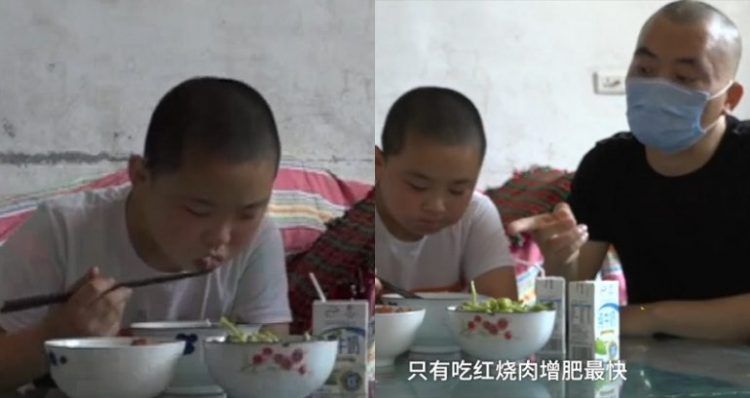 This story is just so sweet and sad at the same time. A la My Sister’s Keeper, 11-year-old Lu Zikuan has been eating five times a day because he wants to save his father’s life.

The dad, who had been diagnosed with leukemia seven years ago, has been struggling desperately and recently, his health had been suffering and the doctors say the only way to save him was a bone marrow transplant.

After screening members of his family for possible matches, they found that the only viable donor was Zikuan, who was 10-years-old at the time. Despite his young age, the primary school student was eager to go under the knife to save his father’s life.

But there was one big problem, he weighed only 30 kg, and doctors told the family that they wouldn’t operate on him unless he gained at least 15 kg more. So in March of this year he started stuffing his face with as much fatty food as possible.