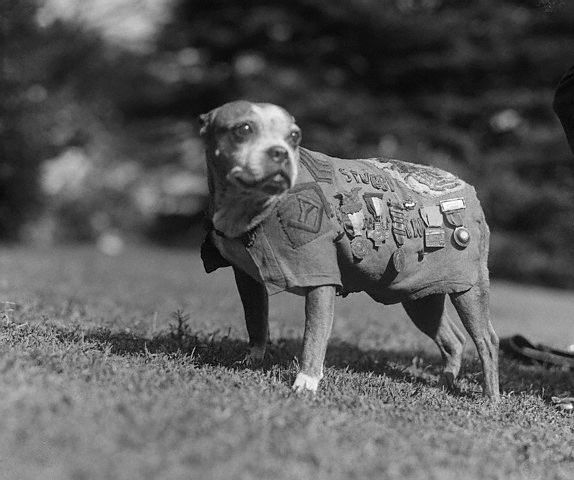 Sunday, August 26, is National Dog Day. It’s only appropriate that it would fall in the dog days of summer. With that in mind, give your dog an extra hour in the park today, or an extra game of ball in the back yard. But don’t compare your dog to the most notable dogs in history, like Laika or Hachiko or Sergeant Stubby.

The military title in this pit bull mix’s name isn’t just there to be cute; it’s a well-earned honor. During World War I, the former stray served with the 102nd Infantry alongside his owner, John Robert Conroy, who had smuggled him into France when he was deployed. But Stubby’s keen sense of smell and hearing proved to be quite valuable to the unit; he would alert the men to incoming gas attacks and helped rescue many wounded soldiers. But it was by sniffing out a German spy that Stubby earned the rank of sergeant.

Read 12 such stories of honorable dogs at Mental Floss.