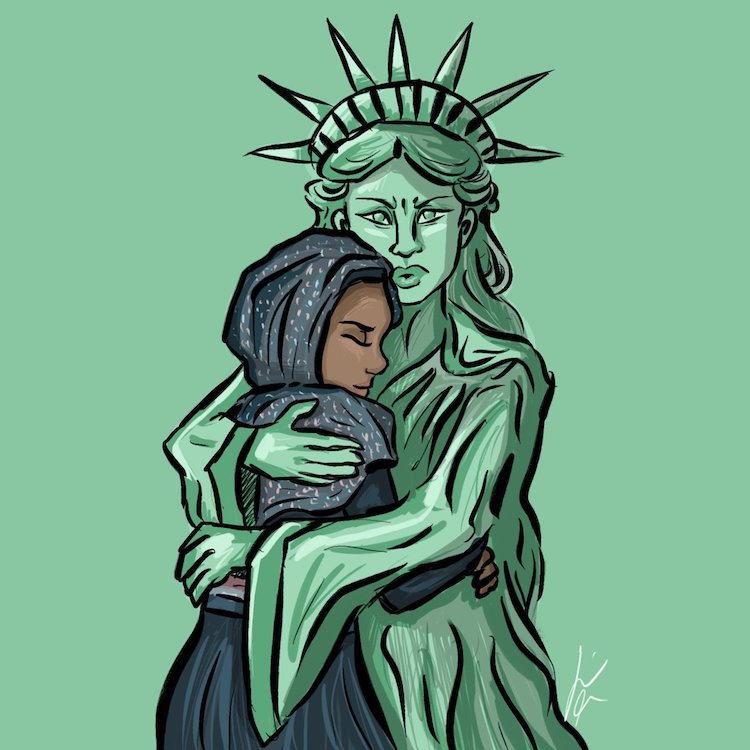 When President Trump signed an executive order banning refugees from around the world, the backlash was swift. Many were horrified that the United States—a country built by immigrants—would turn its back to those seeking refuge from oppression. In response, spontaneous demonstrations erupted at airports throughout the country as people stood up for values that America was founded on. While many channelled their anger, frustration, and sadness into protest signs and chants, others responded through artwork about the refugee ban.

The overwhelming motif of artists’ expressions is that of compassion. “You belong” is a common refrain of these images, along with the Statue of Liberty, the symbol of America. One of most iconic and poignant illustrations of this issue is by Jamie Hu. Her digital piece features a heartfelt embrace between Lady Liberty and a young woman in a hijab. They speak no words, but they aren’t necessary—the worry is palpable through the Statue of Liberty’s eyes as she comforts the woman.

See how 14 creatives have dealt with the current state of affairs—namely, a refugee ban—through art. 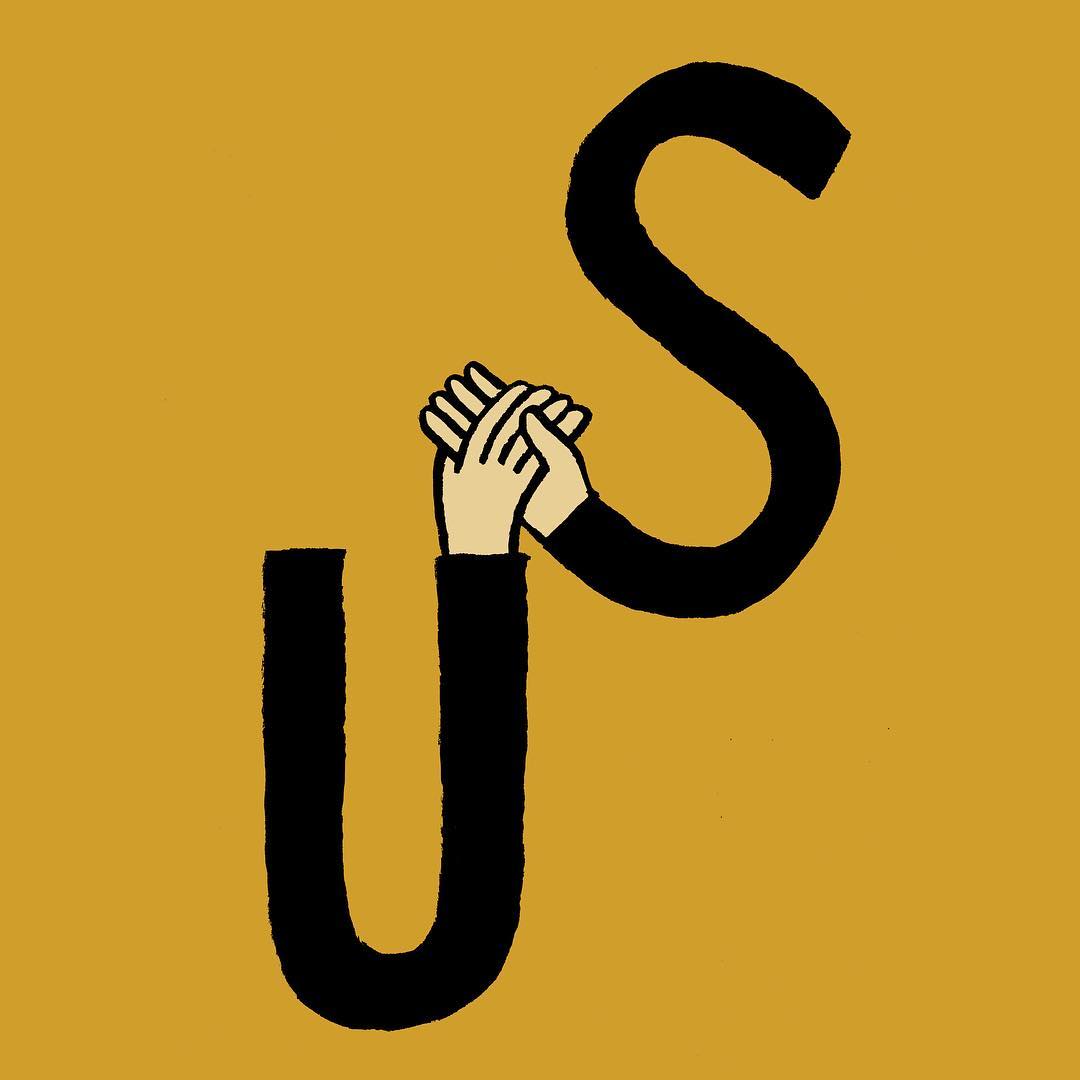 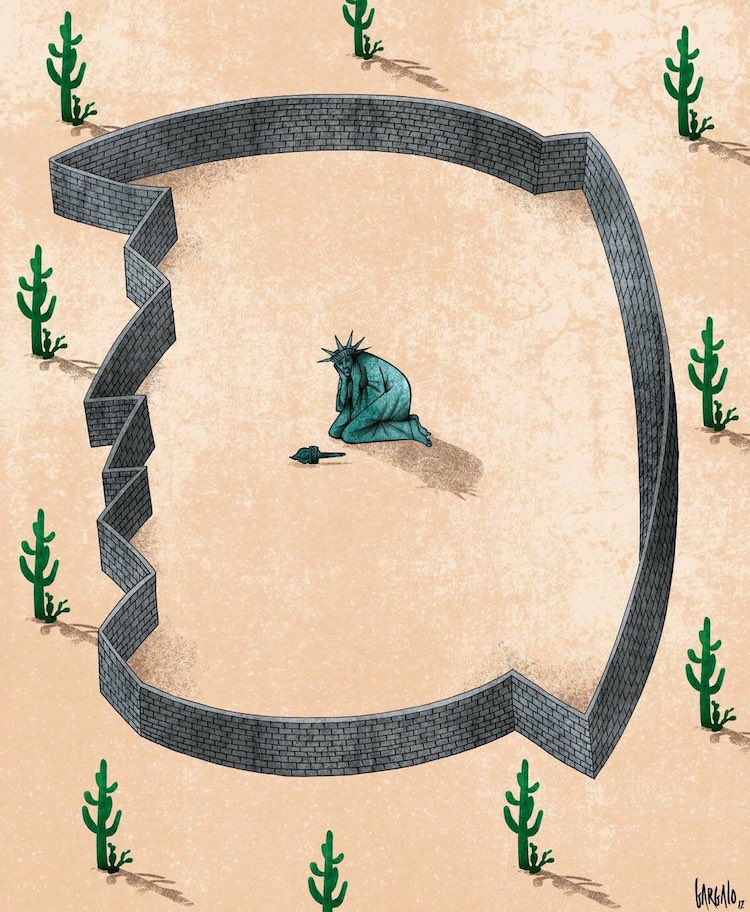 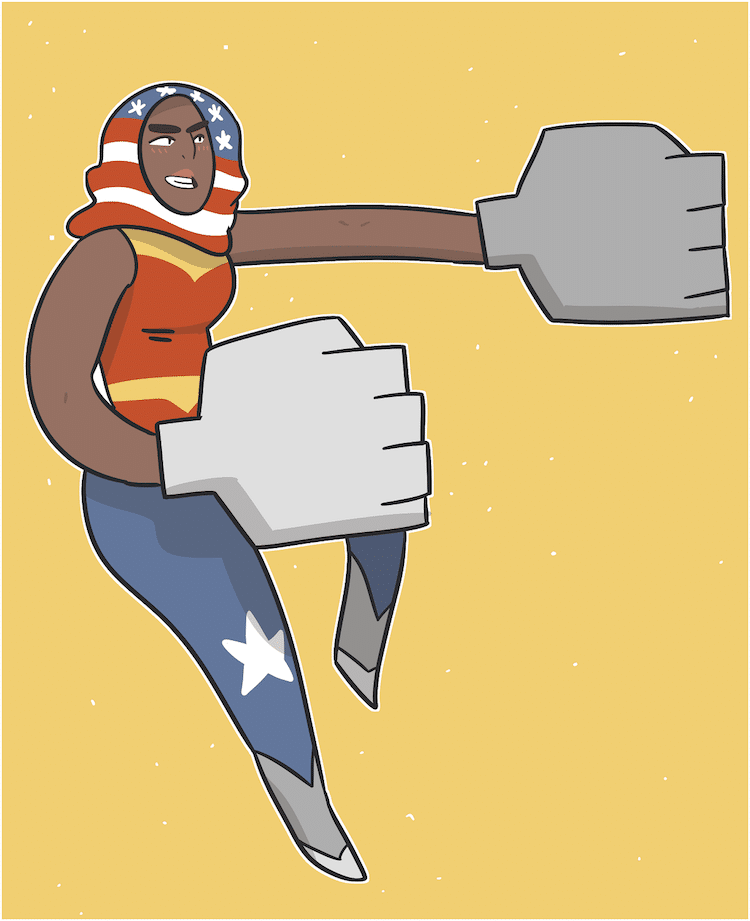 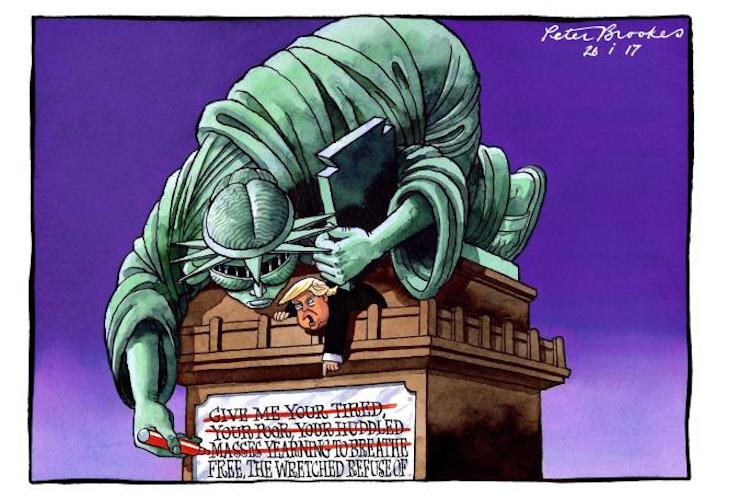 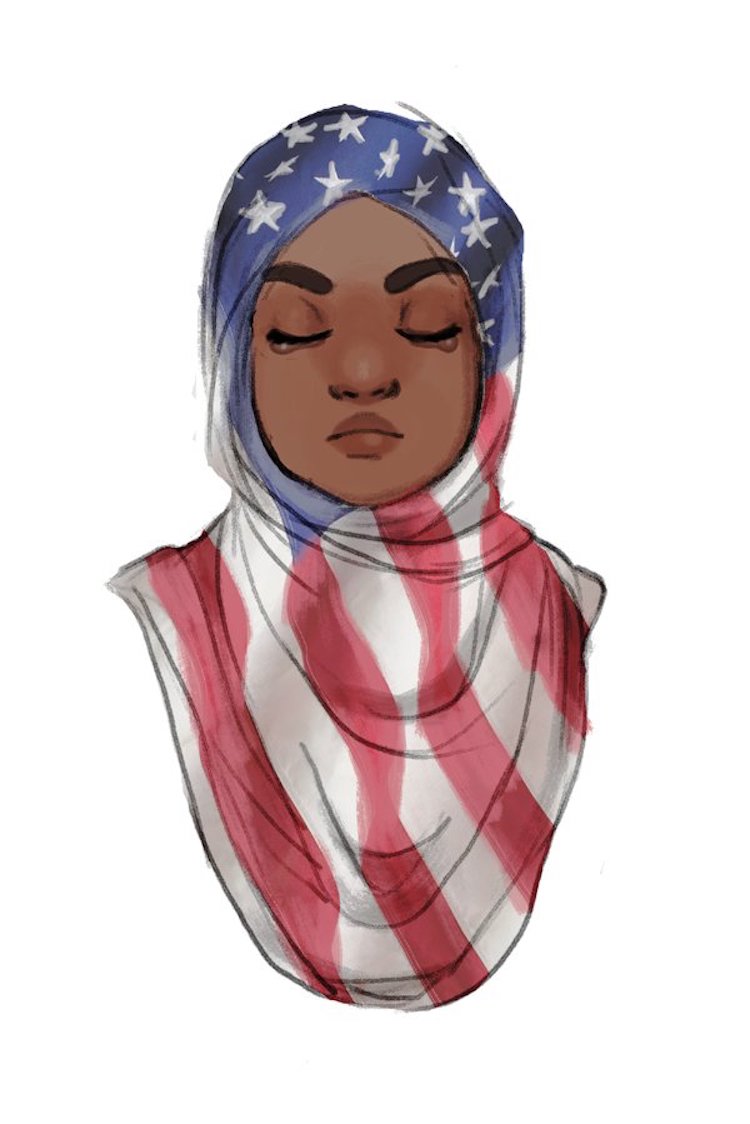 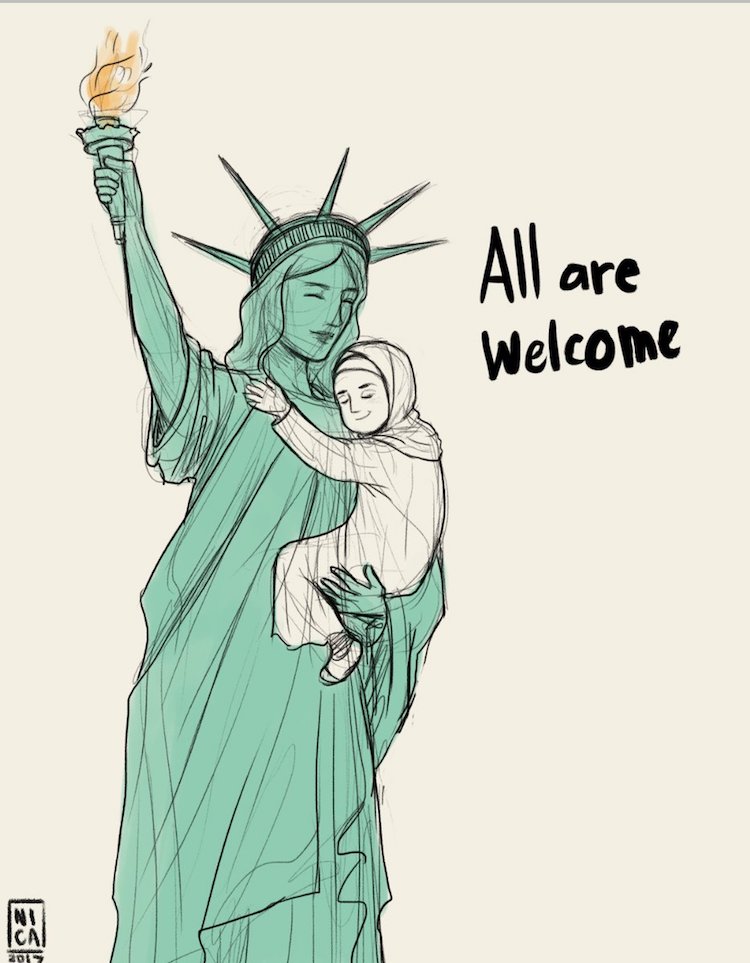 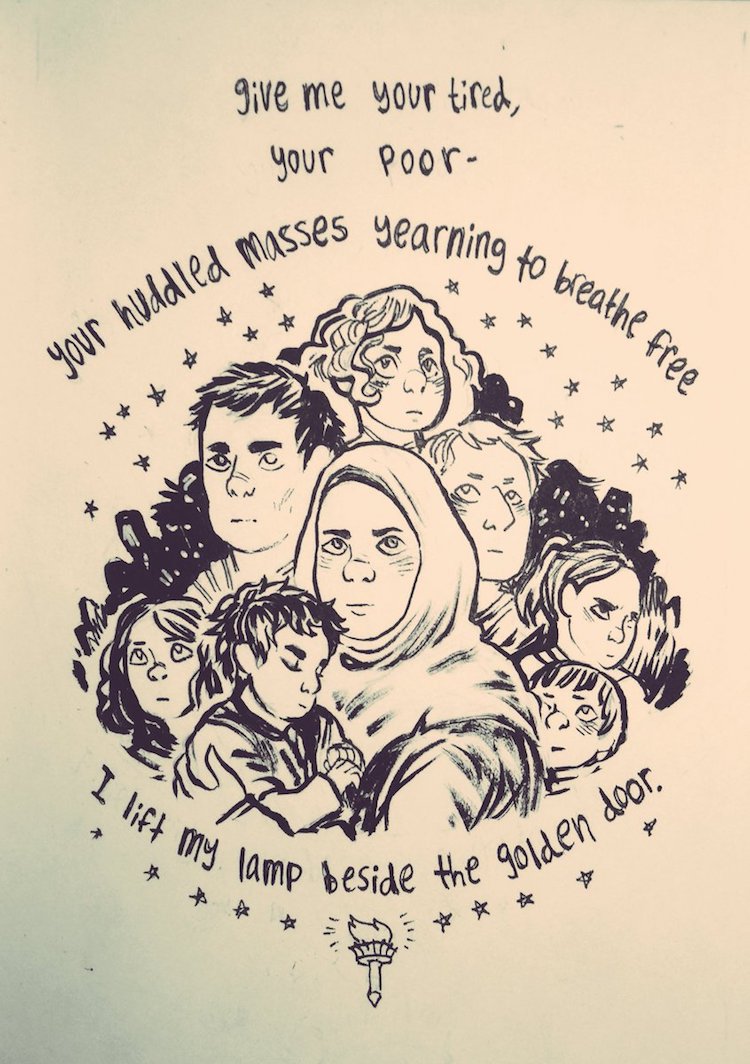 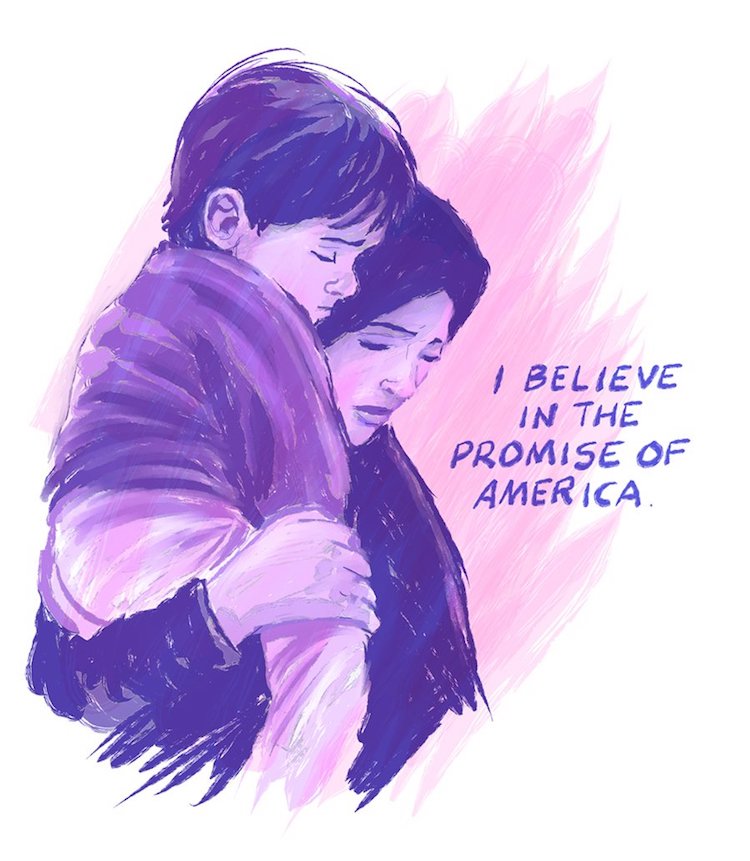 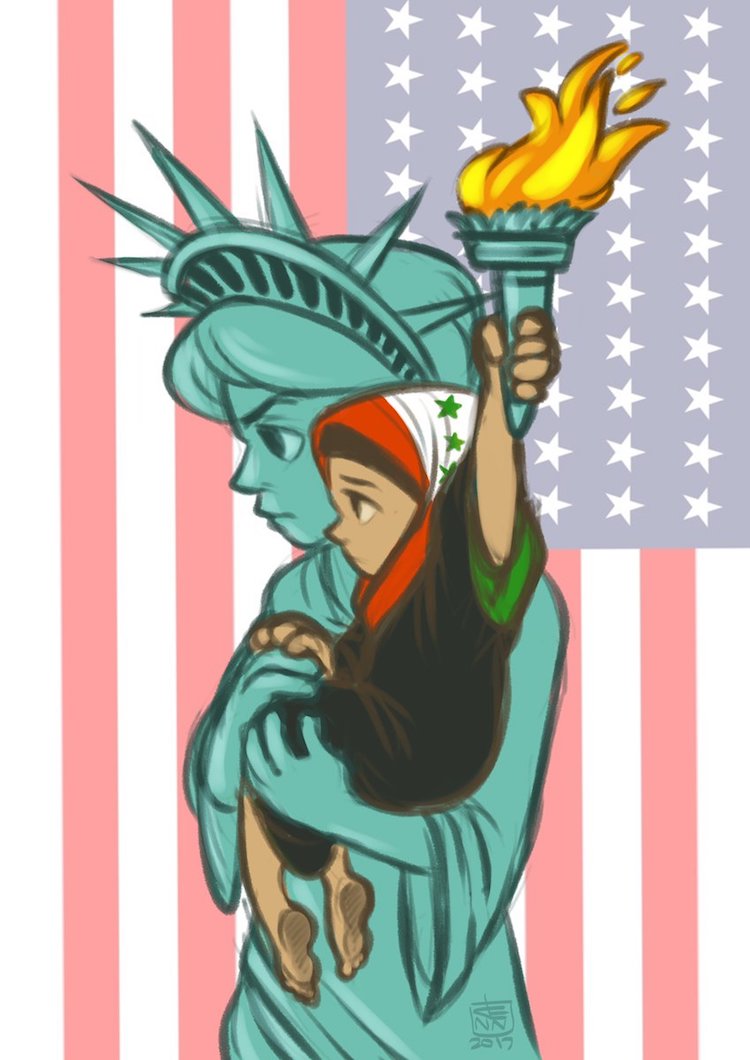 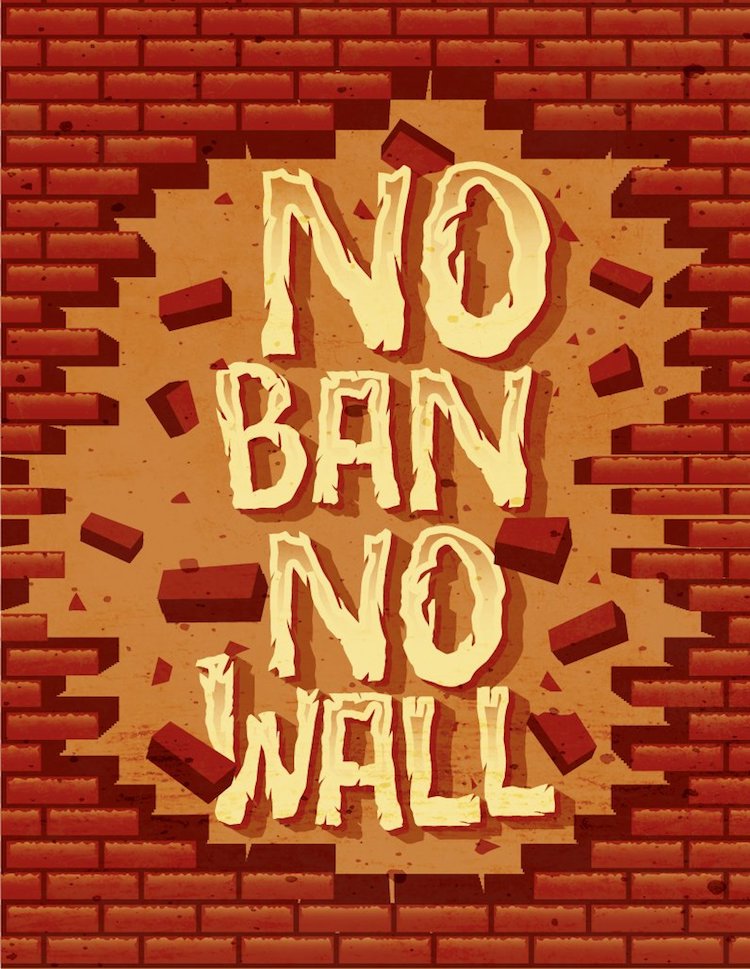 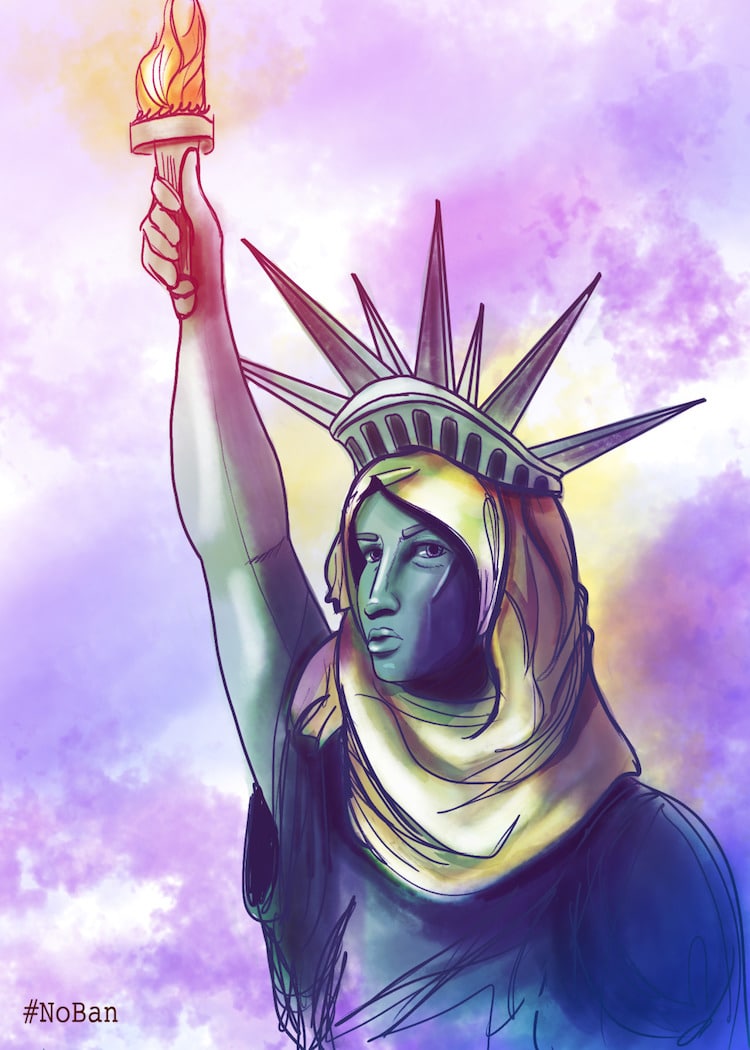 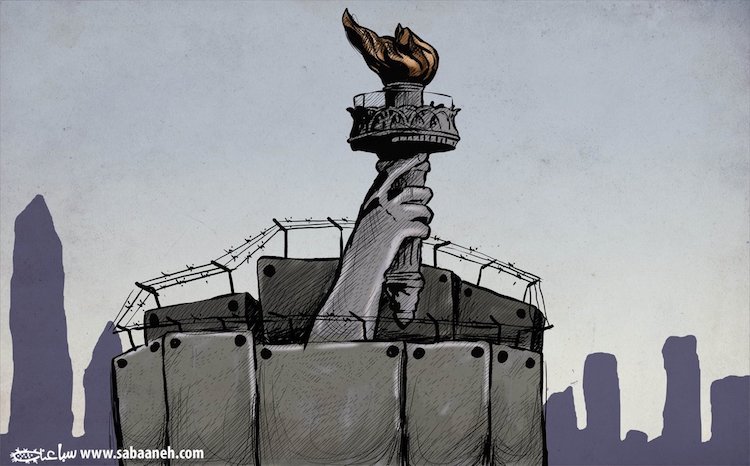 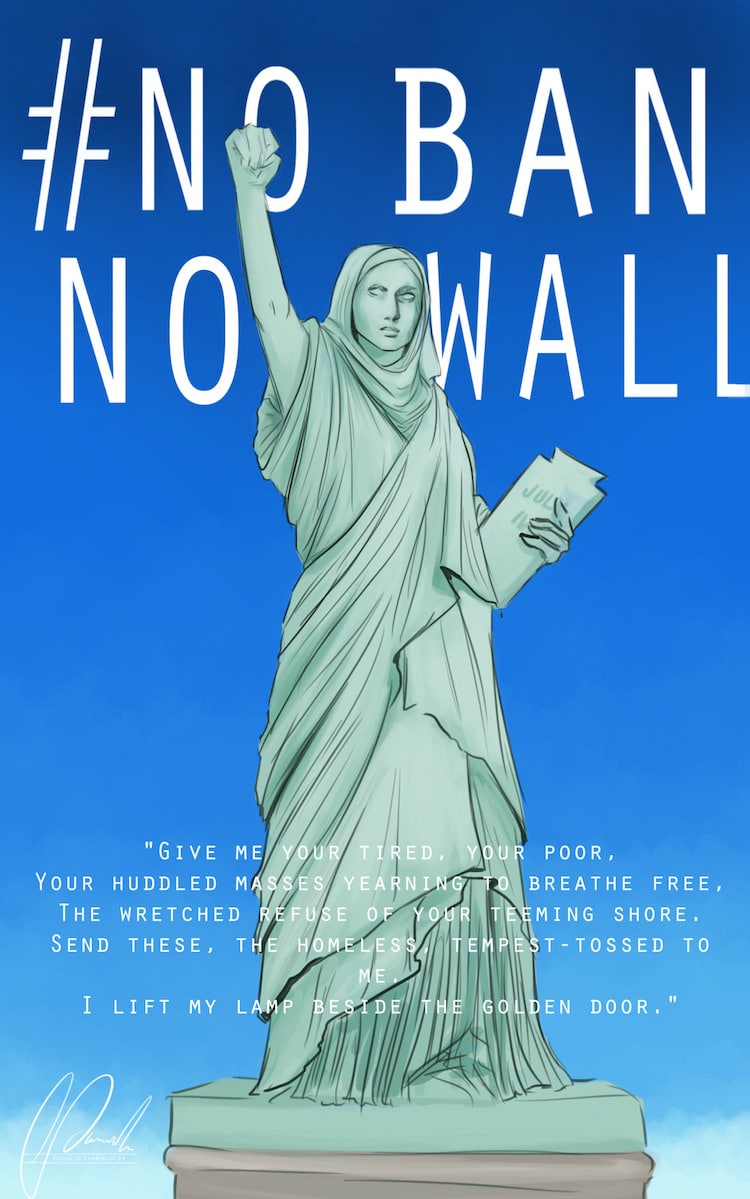 The post 14 Artists React to Refugee Ban with Compassionate Illustrations appeared first on My Modern Met.