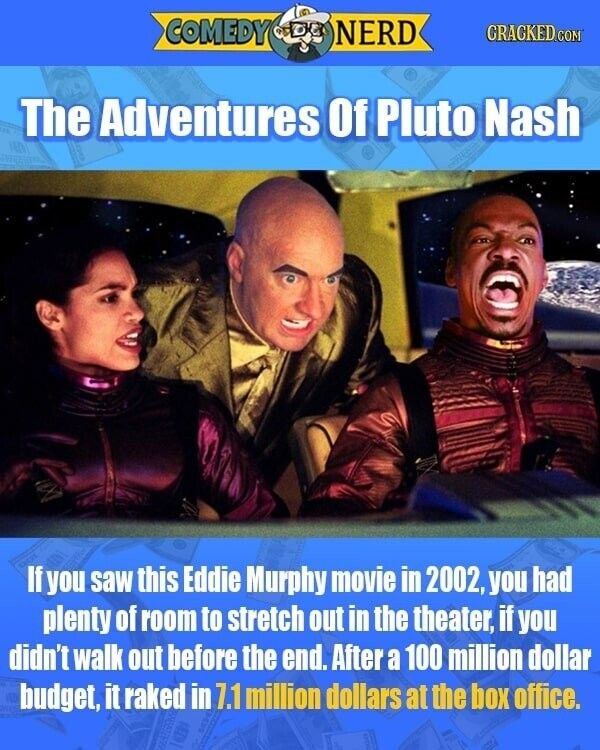 What in the world would inspire a Hollywood studio to spend $100 million on a comedy? Sometimes it’s because they think they have a sure thing, like the biggest box office star of the era, in the case of The Adventures of Pluto Nash, or maybe a parody of another franchise, which shouldn’t cost that much. Or it’s a beloved cartoon character getting the live-action treatment, which can work, but it’s never a sure thing. Or it’s a sequel to a big hit, so of course it will work again, right? Again, there are no guarantees. 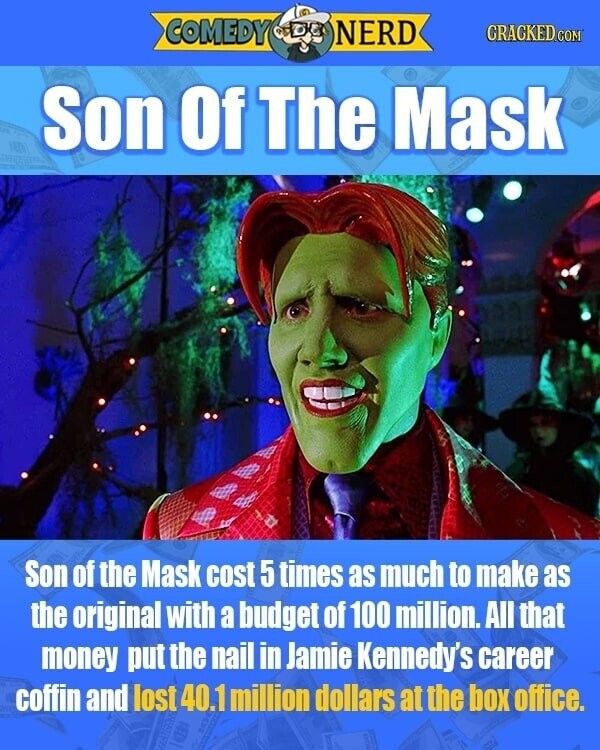 The thing is, just because an idea worked once, doing it again is just as risky. It’s not the stars, or the familiar characters and setting, or even the special effects that make a good comedy. But those things can add millions dollars to a movie that should have spent more money on an original idea or a funny script. See 15 comedies where the producers’ calculations went completely wrong at Cracked.