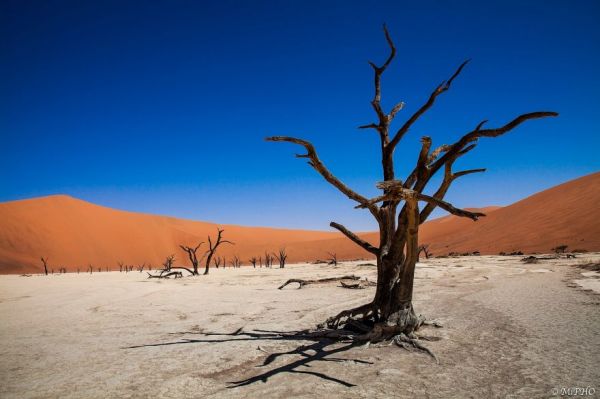 Jalopnik asked its readers to tell about their worst automotive breakdown. You can tell these are stories that have been told over and over until they are succinct and even humorous in hindsight. Like how I tell people about my first car, a 1966 MG Midget that lost its tailpipe constantly going over the school speed bumps, and eventually lost its floorboards and steering wheel. There are tales of being stuck for days, incompetent repairmen, and blocking serious traffic. But none can compare to the time Dominic von Stösser’s Land Cruiser’s electrical system quit working in the middle of the Namib desert, near where they filmed Fury Road. There was no one and nothing around for miles.

Not to worry: the vehicle was primitive enough to run without any electrics at all, but… trying to start a cold 2H diesel (4 litre inline six) with its ~20.7:1 compression ratio without pre-heating the engine is a fool’s errand. Absolute madness.

Thankfully I’d camped on top of a rise, so we made a big fire and boiled a bunch of water. My partner poured the scalding water over the intake manifold, while I shovelled hot coals to underneath the oil pan. When the time came, my partner and I gave the Cruiser a shove, went running after it, jumped in, rammed it into 2nd, dumped the clutch and…

… breathed a massive sigh of relief when the engine turned over, and reluctantly, ROUGHLY, coughed emphysemically to life. Having got it running, we didn’t dare turn it off until I got home, 500km away. Stopped for fuel at one point. The attendant asked me to kill the engine, told him nope; hurry up and fill, the engine is gaining. Got home close to 10pm, driving by moonlight with next to no lights, no indicators, no brake lights, nothing.

Indeed. Read 14 other stories of epic vehicle breakdowns, and then make sure your roadside assistance insurance is up to date, at Jalopnik. -via Digg