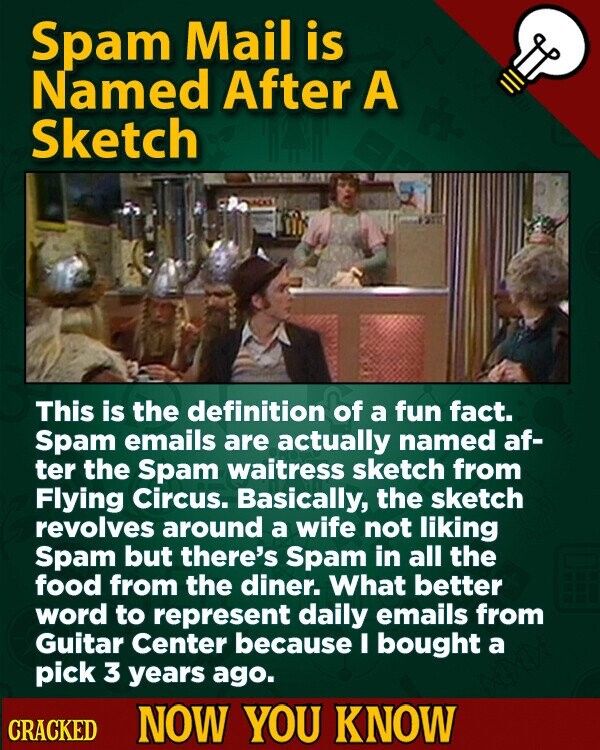 The comedy troupe Monty Python succeeded by taking absurdity to the next level, over and over again, while other comedy groups of the era were trying to be cool, hip, and edgy. A lot of that absurdity came from desperation. When a skit ended without a logical resolution, we attributed it to their normal absurdity when it was often a matter of the members running out of ideas. They were smart enough to let us believe those strange twists and turns were deliberate. In the case of the movie Monty Python and the Hoy Grail, they turned a lack of money into comedy gold by emphasizing their workarounds instead of hiding them. 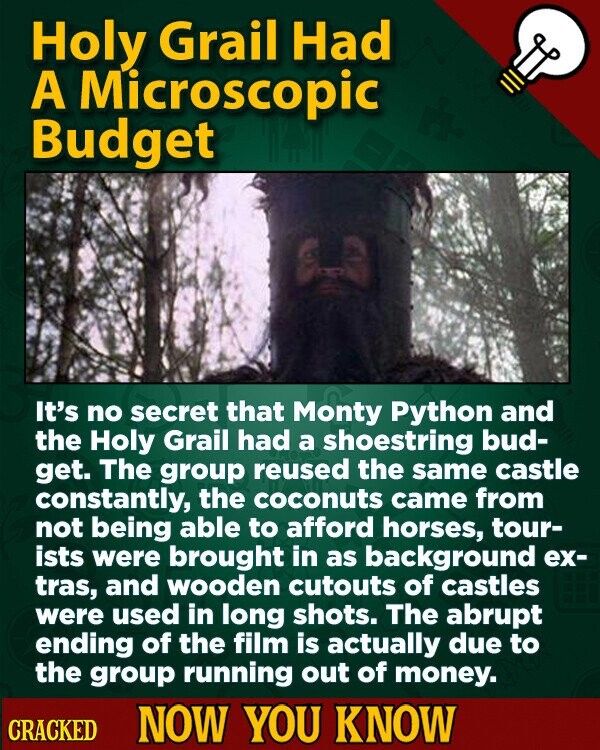 See 15 pictofacts that will take you behind the scenes and reveal just how smart these six guys really were in pulling off classic comedy not just in spite of their deficits, but because of them, at Cracked.