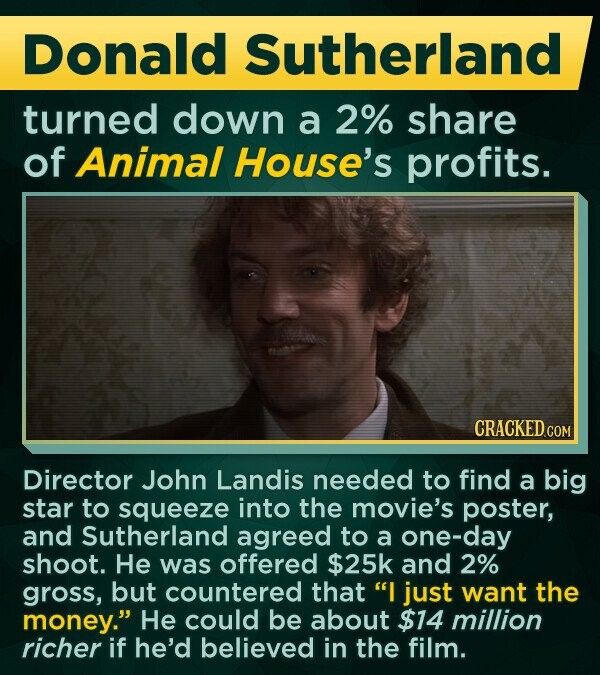 It’s hard to see the big picture when you are a small, specialized part of a film. Still, it’s fun to see how surprised actors, producers, and directors can be by a huge success coming from what they considered to be a small film they only worked on for a paycheck. Donald Sutherland didn’t think much of Animal House because he only had a cameo role, but his negotiation for compensation was a big miscalculation. 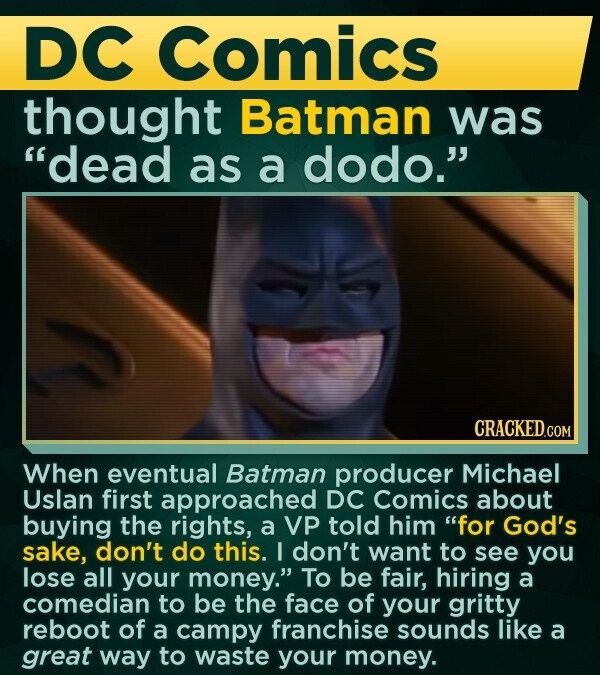 On the other hand, while DC might have had little hope for a Batman film, Michael Uslan had been working for that chance all his life. You can read his story in a previous post. See the other pictofacts about actors and filmmaker who had little faith in their movies at Cracked.