Where is the fine line between frugality and stinginess? Between a rational owner who does not allow unnecessary spending and a callous miser who not only pinches every dime, but also tries to teach everyone around them to do the same? It turns out, it all depends very much on how people perceive such a person.

Actually, thrift is not inherently bad in itself – and in a world full of surprises, it can even help in difficult cases. But when this develops into manic suspicion and any spending is called “wastefulness” – it looks more like a nervous breakdown. Especially when stinginess begins to affect loved ones.

A popular thread in the AITA Reddit community just started with a post by a woman living with a similar person. To date, the original post has received over 15.3K upvotes and 1.3K different comments. Mostly sympathetic – after all, the situation turned out to be rather ugly. However, let’s start from the very beginning.

The Original Poster’s husband established a great relationship with her son, though he was a rather stingy man 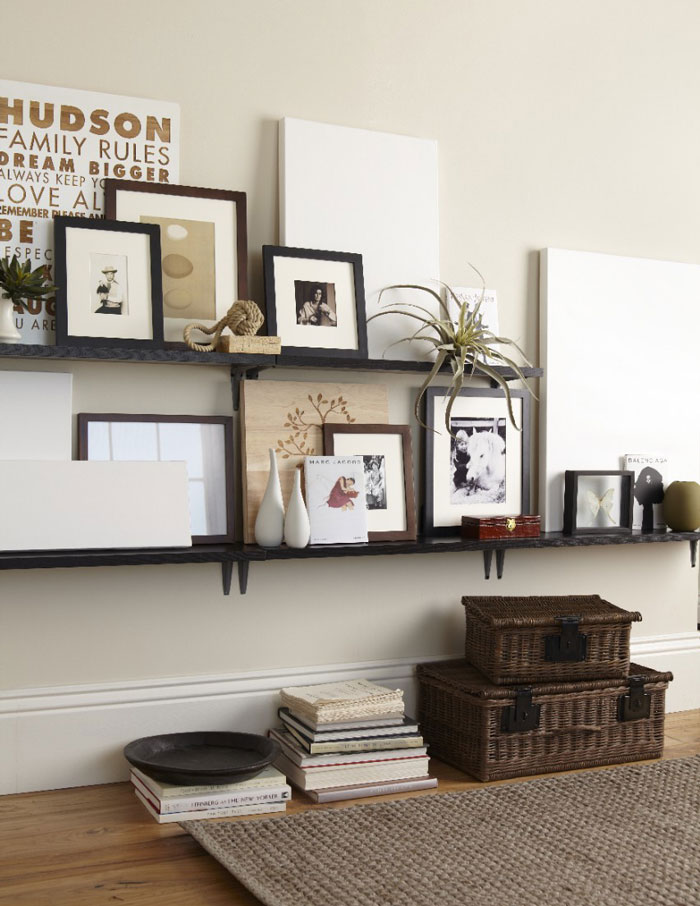 So, the Original Poster has been married to a man called Jeremy for 9 years, and Chris, her son from her first marriage, recently turned 17. We must admit that the stepfather had an excellent relationship with his stepson, although the OP’s hubby had some strange character traits. 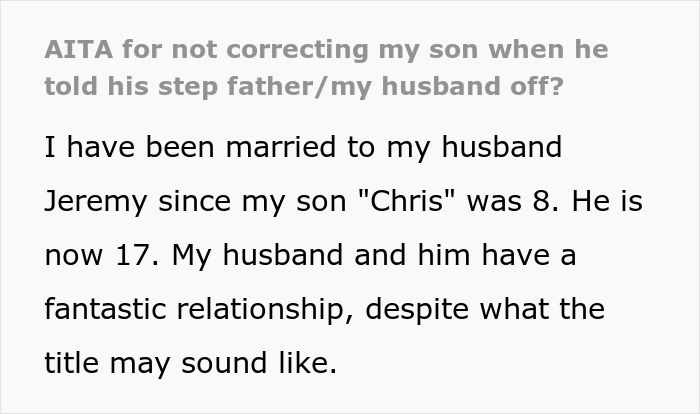 For example, he was always extremely thrifty, and tried to save literally every dime. In the OP’s own words, if he retired today, the savings he collected would be more than enough for the rest of his life. But Jeremy continued not only to save money, but also tried to teach his wife and her son to do the same. 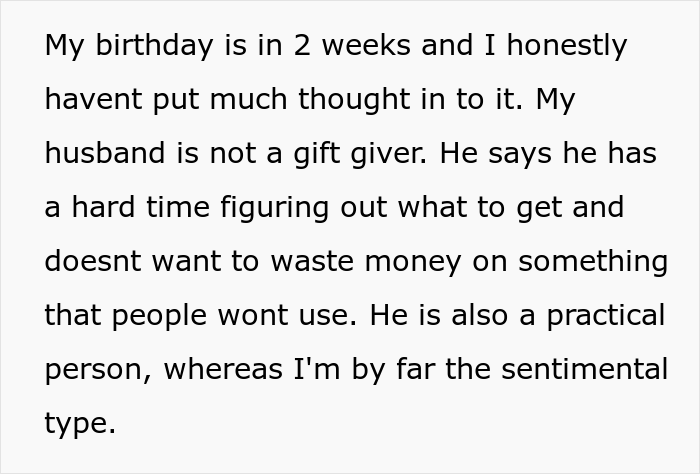 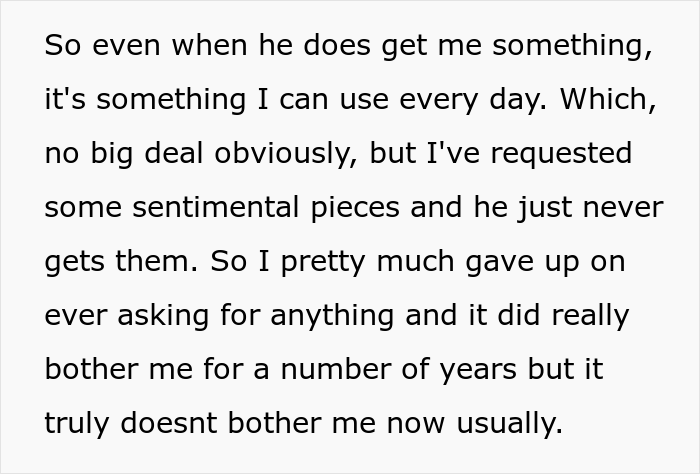 The OP’s husband used to give her only practical presents, nothing romantic or memorable

The other problem that the OP had to face was a logical consequence of the first one. Jeremy was an extremely practical person and, despite the fact that he loved OP, he was clearly unable to understand that she was of a romantic nature; she loved not just useful gifts, but also pretty trinkets, memorabilia that did not carry any use. 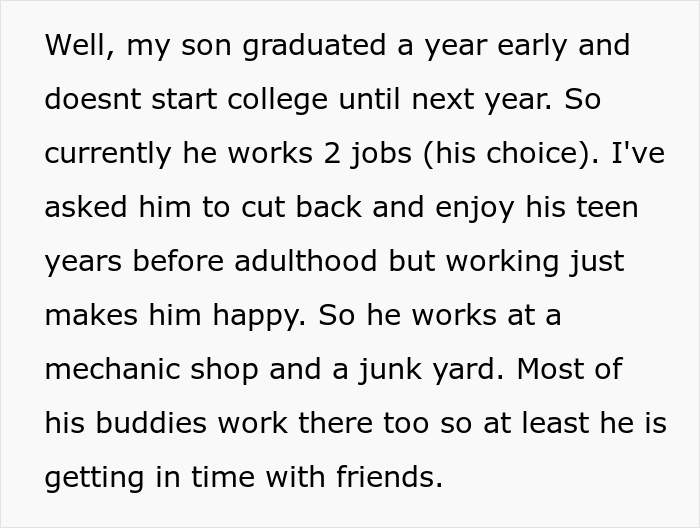 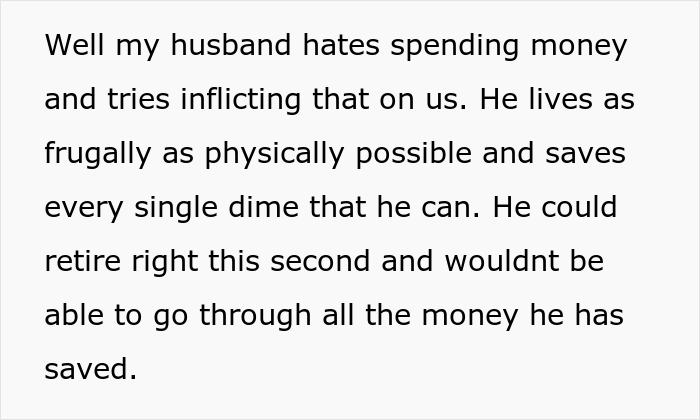 Jeremy always gave her only truly useful things. No romance. It annoyed the OP a little at first, but over the years, she got used to it. And now, the time of her next birthday was approaching, with two weeks remaining. We must say that Chris, her son, has already graduated from school and has decided not to go to college yet, but instead to work for some time.

The teenager worked two jobs at once and often hung out with friends who worked with him. One fine day, he and three of his buddies came to the OP’s house and Chris presented his mother with his gift for the upcoming birthday. It was a great-looking fragment of a wall with photo frames and built-in shelves. 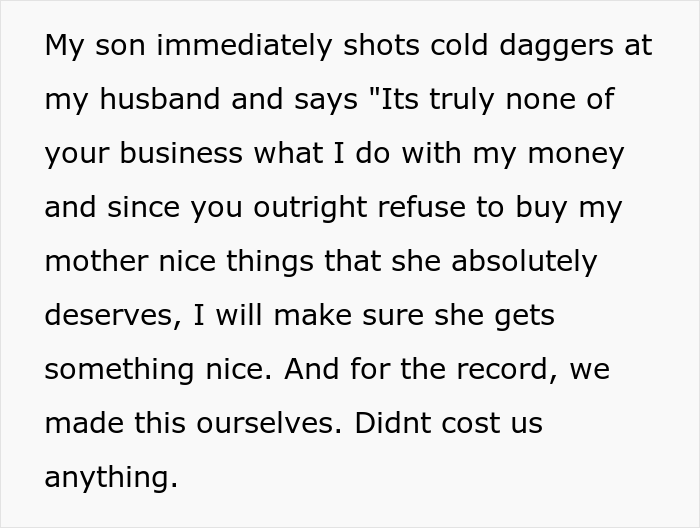 Jeremy tried to tell his stepson off for being wasteful, but got a wrathful rebuff

The OP was delighted, which cannot be said about her hubby. Jeremy stated that such a thing was probably worth a lot of money, and that Chris should have saved the money, and not scattered it right and left. To this, the OP’s son replied rather sharply that, firstly, Jeremy does not care what he spends his money on, and secondly, he made this gift with his friends with their own hands, without spending a cent.

Finally, Jeremy should think for himself that he has never given his wife anything really beautiful and memorable in his entire life. The husband was extremely upset; he waited for the OP to say something, but she kept her silence. Then Jeremy just shook his head and left. 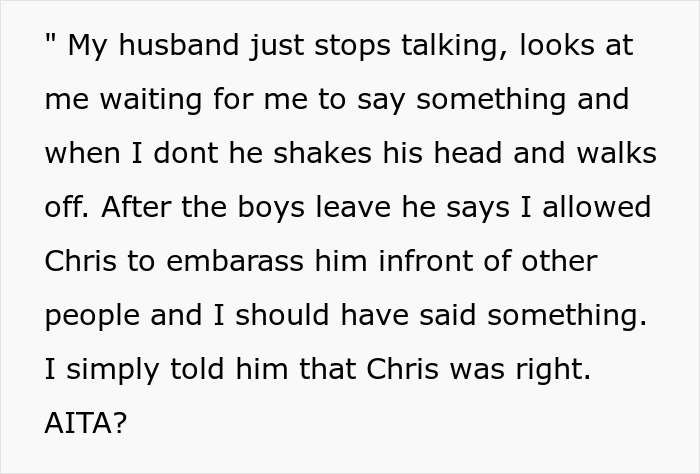 While talking face to face, the OP told her husband that Chris was absolutely right

In the evening, he asked his wife why she allowed her son to embarrass him in front of other people rather than straightening Chris out during his speech. To this, the OP objected that her son was absolutely right, which upset her husband even more. 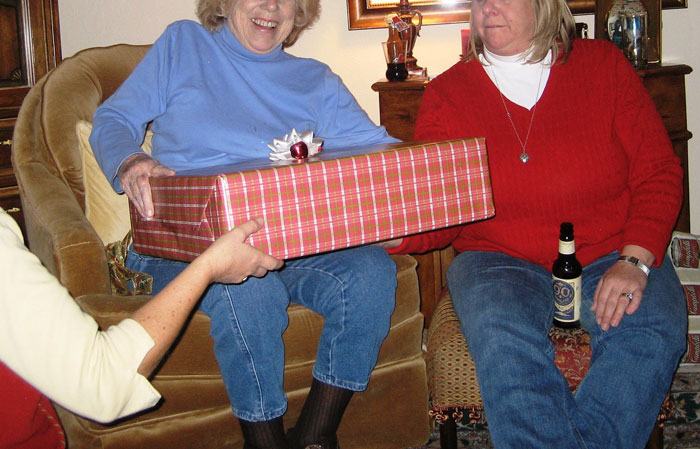 Now we must say that the vast majority of commenters massively supported the OP, congratulating her on the fact that she raised not only a loving and respectful son, but also a real master who can make a really beautiful craft with his own hands. 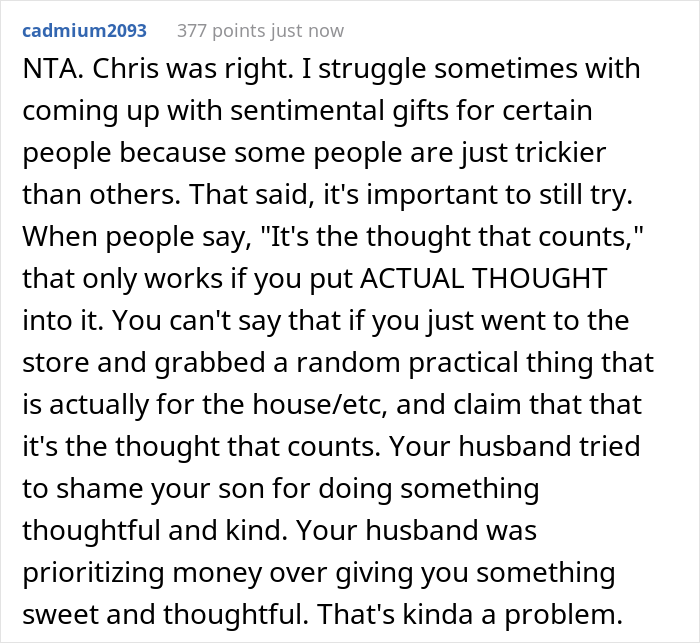 As for Jeremy’s behavior, almost all the people in the comments were in complete solidarity with Chris and his mom – it’s really none of his business what the teenager spent the money on, and her husband’s excessive thrift doesn’t look very nice either. According to one of the commenters, if they were the OP, they would have been upset about this a long time ago. 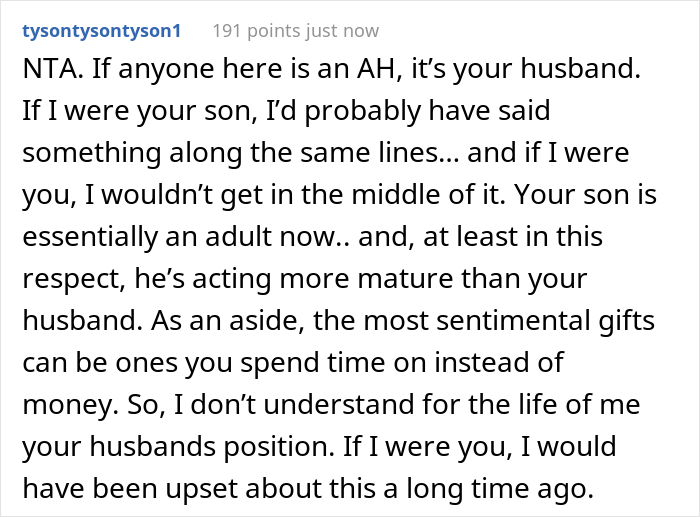 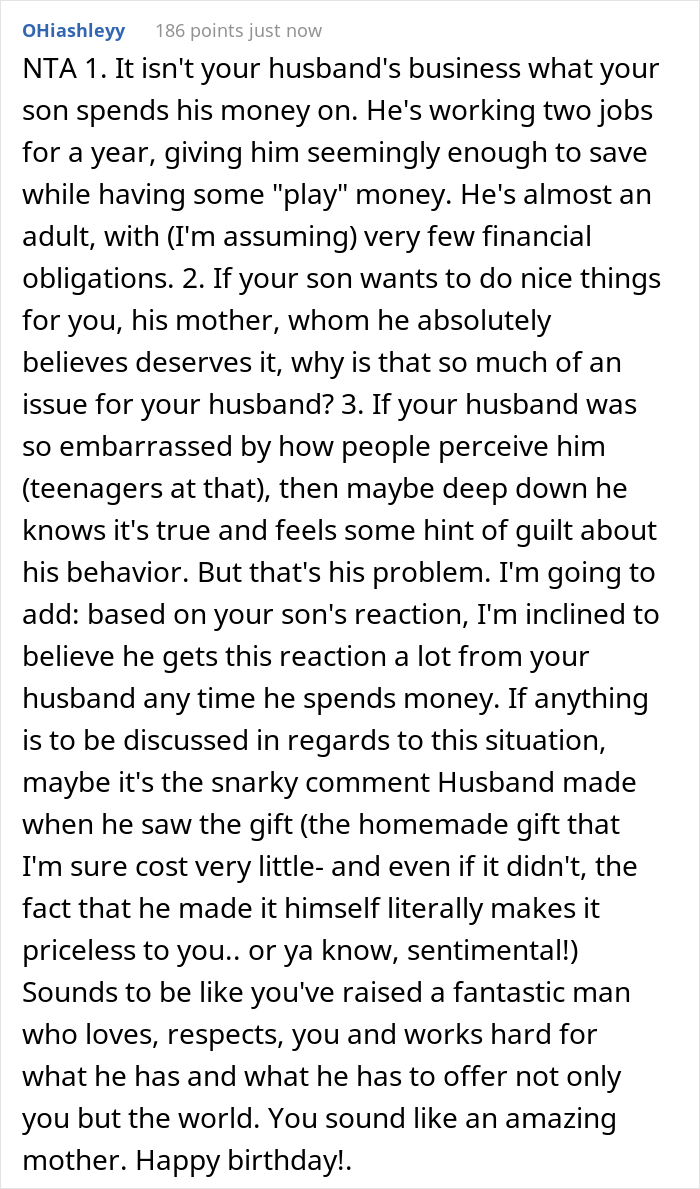 By the way, what do you think about this situation? Perhaps you too have found yourself face to face with a similar problem, and then your comment will be doubly valuable. In any case, comments are not money to skimp on.

The post 17 Y.O. Puts His Miserly Stepdad To Shame For Not Buying His Mom A Birthday Gift, Man Upset That His Wife Didn’t Say Anything On His Benefit first appeared on Bored Panda.