Red foxes in the snow weren’t the most logical subject of choice when I started my Red & White Mission, years ago… Snow, in my country, is some kind of… curiosity. It might snow a few days a winter, but years can go by completely snowless as well.

People speculate, anticipate and place bets; “Would it, will it…?” A sled, a pair of skates and some thick mittens are purchased. Just in case. The entire country starts to tingle excitedly, waiting for what might or might not come.

Then, the weather forecasts finally speak out the magic words and a wave of subdued excitement goes through the country.

While the whole world is being absorbed in blankness and the sound of my shutter is muffled by the steadily falling snow, a red fox suddenly appears on stage. She embellishes my white canvas so perfectly. Never had I been happier with a little touch of red in my color palette.

Scroll down for some wintery photographs to lift up your mood! Below, you’ll also find some answers to questions about photographing foxes in the snow. 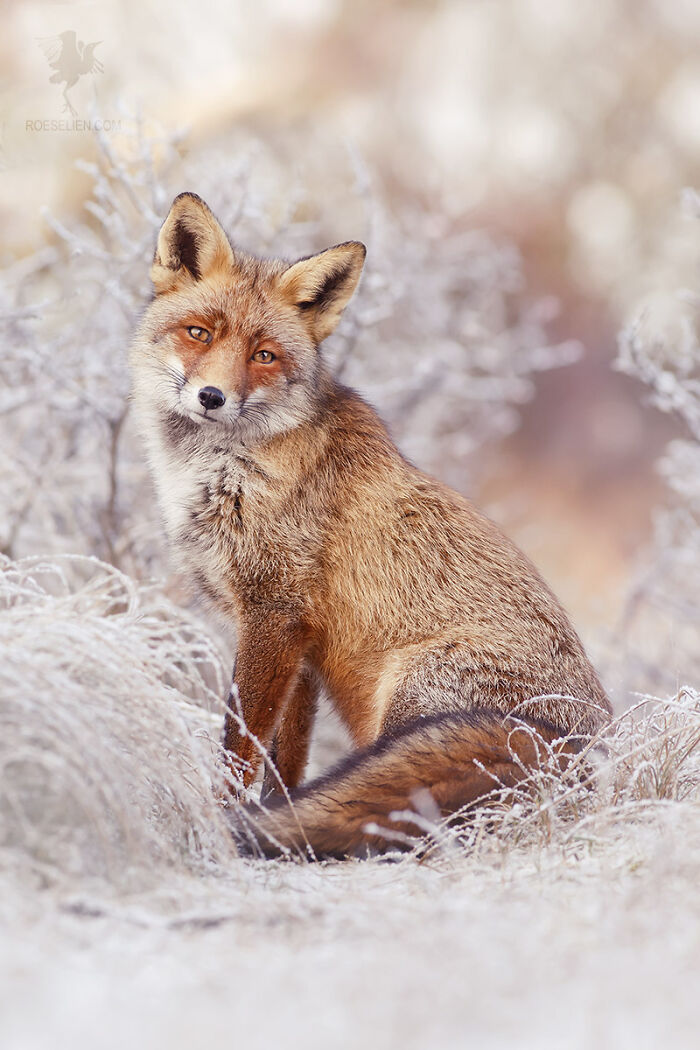 How do foxes interact with other wildlife?

Most (small) wildlife prefers to avoid foxes, for obvious reasons. How foxes interact with larger wildlife, such as deer, varies from fox to fox. Some foxes are terrified of those weird animals with branches on their heads, but there are also foxes that pretend they’re just not there.

Furthermore, they will have few wildlife encounters in our overcrowded country. They might occasionally meet a cat that usually tolerates foxes. 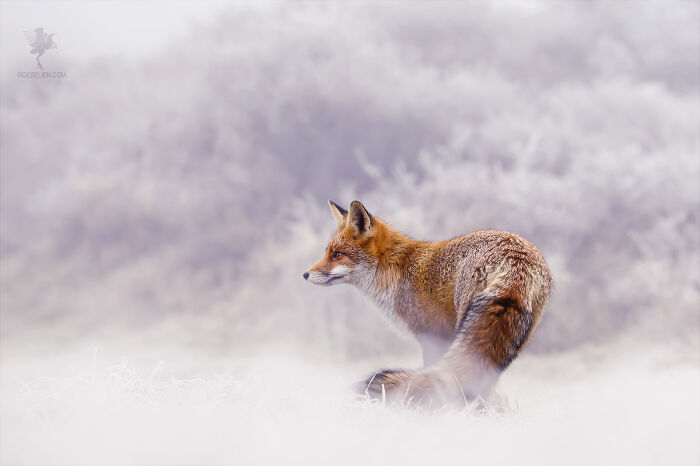 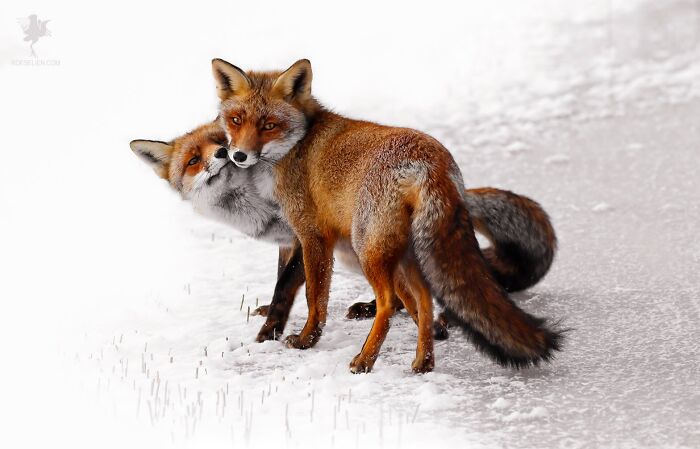 Foxes are often said to be nocturnal, but…. we actually made them so. Because we were hunting them, they – logically – chose to avoid us. In areas where they are not hunted and where people do not pose a threat to them, you see that they (also) become diurnal. Foxes are usually not too afraid of people in these areas as they have no reason to be.

The funny thing is that people sometimes say; “Isn’t that unnatural?! A fox that is not afraid?!” To which I reply that a frightened fox is unnatural. We used to give them a reason to run from us. But isn’t it plain awesome when people and animals can live side by side without fearing each other? Sounds like paradise to me!

#4 Fox In A Christmas Scene 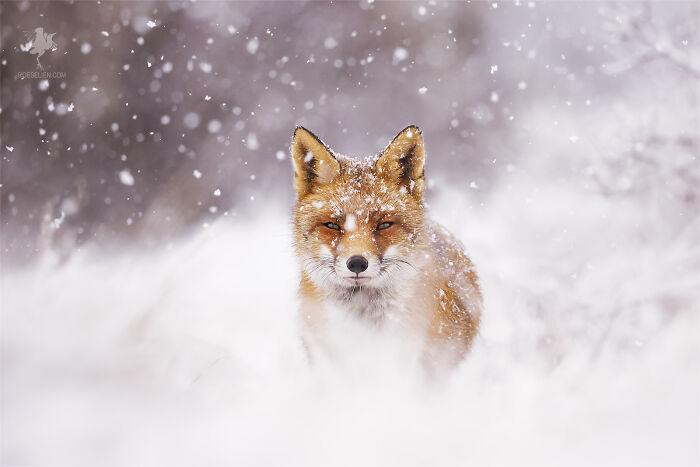 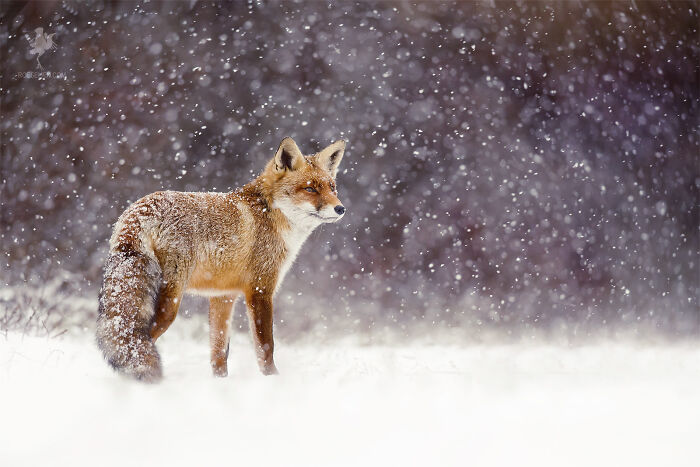 What do I love the most about foxes? You might as well ask: What do I not like about them?! Foxes are such incredibly friendly animals. Family members groom each other’s fur and fox moms are the best moms ever. And so are the big sisters, who often stay for another year or two and help with raising the cubs.

In addition, foxes are very intelligent and they all have very specific personalities. This combination ensures that you never really know exactly what to expect with foxes. Surprises guaranteed!

#6 The Fox And The Snowflake 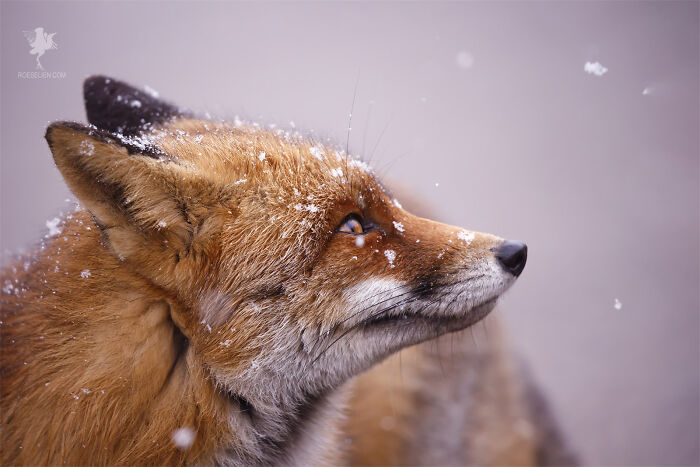 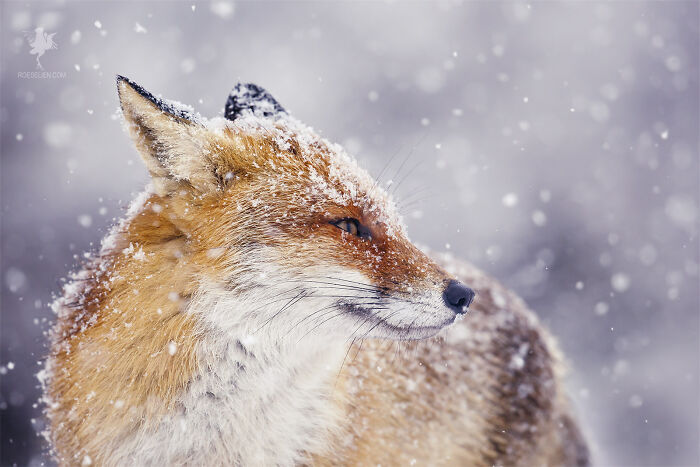 The most tricky thing about photographing in winter is the cold. So, the most important thing is that you are well dressed. I have my Fjällräven polar parka and a Fjällräven Brenner pro to keep the cold and humid out. And of course, a hat, gloves and good, snow-proof shoes.

In addition, it is important to protect your camera against the snow. Use a good cover and make sure you don’t shoot against the snow, as it’s almost impossible to get your lens clean in such conditions.

Oh, and never try to hide your camera beneath your clothes. The sudden warmth causes your lens to fog up so that you can no longer see anything and worse …the inside of your camera might condensate. Needless to say, moisture and electronics don’t go very well together… 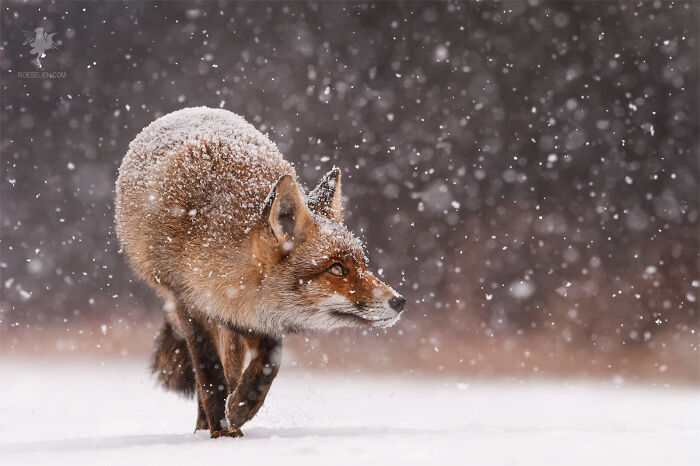 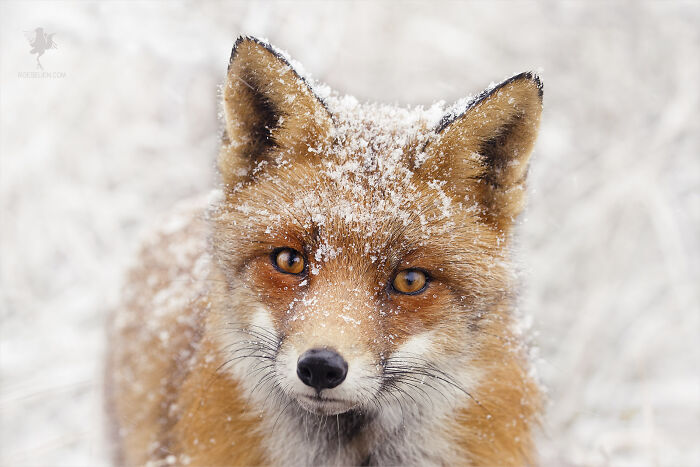 Focusing during a snowdrift is almost impossible, so in dense snow, I’d advise focusing manually.

Cameras tend to compensate for all that white, which results in a (too) dark image. It is therefore best to overexpose on cloudy days with snow. If the sun is shining, you risk blown-out whites and in that case, I’d recommend underexposure. 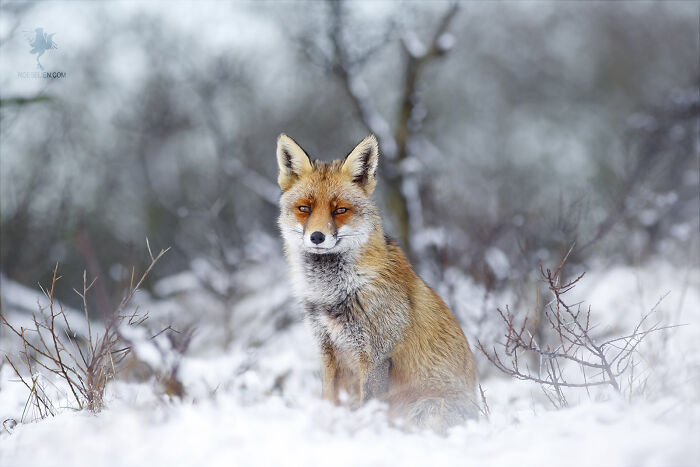 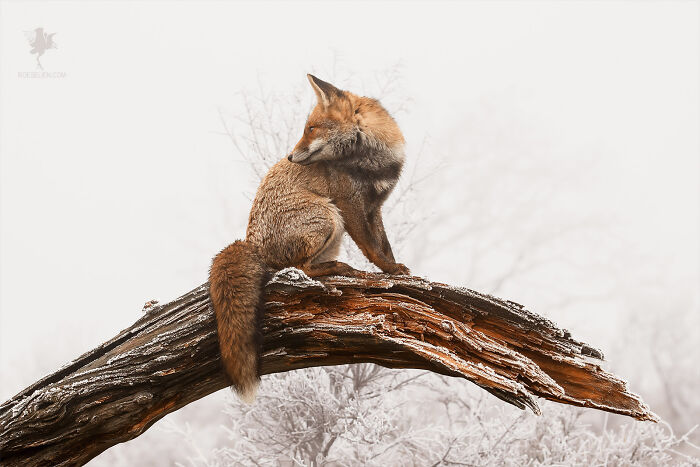 How long do my photography trips in nature usually take?

I travel up and down. This is very exciting because I don’t have a car and three snowflakes on the track are enough to disrupt our entire public transport. So it’s always exciting whether I get there and then…whether I come home again. 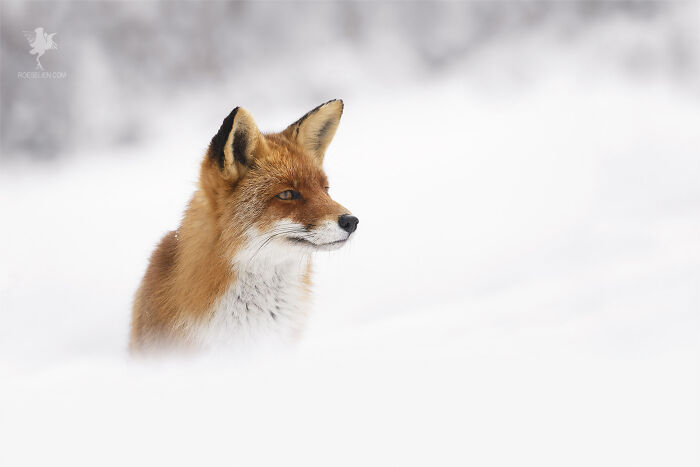 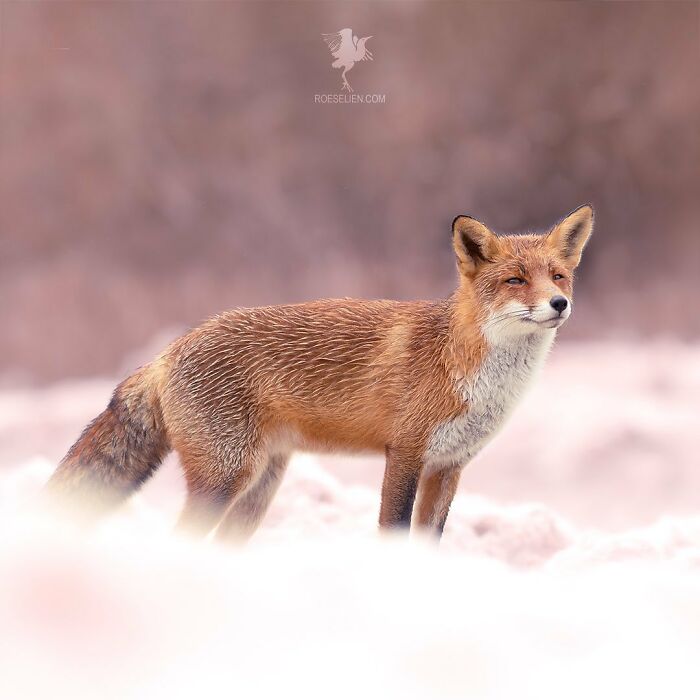 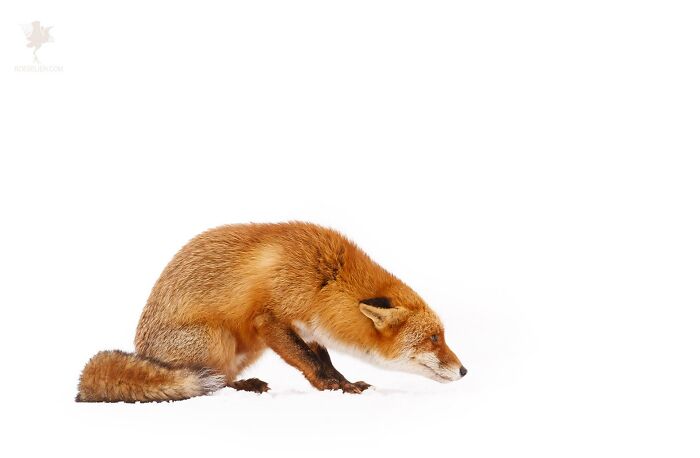 #15 Running Up That Hill 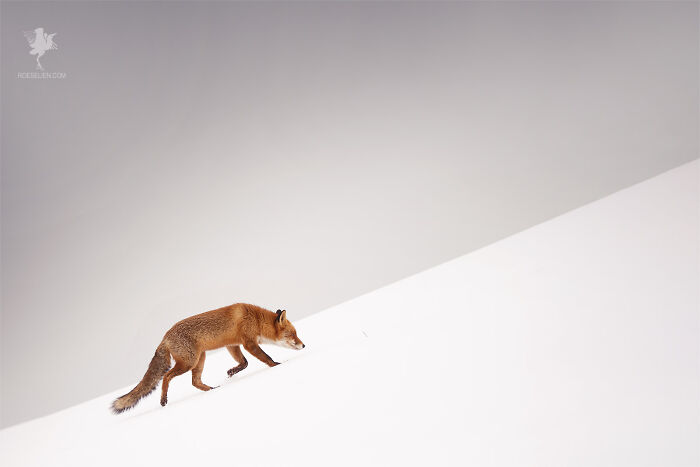 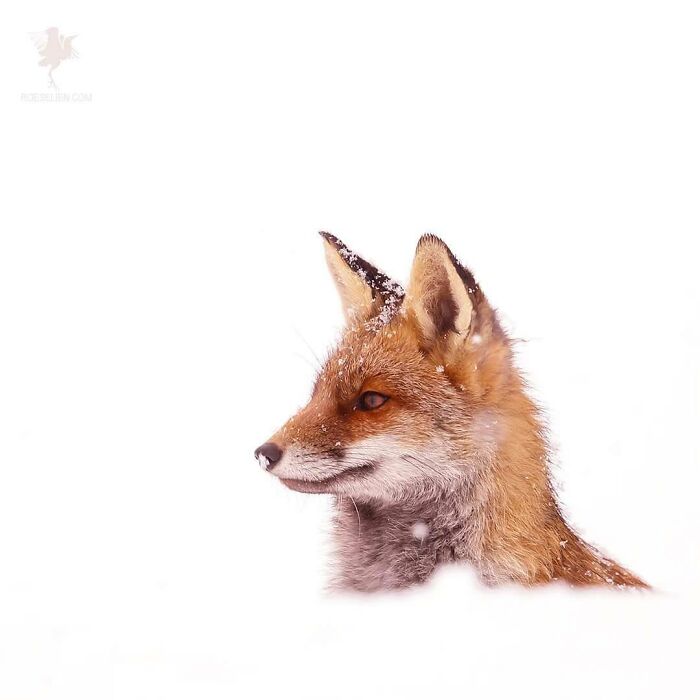 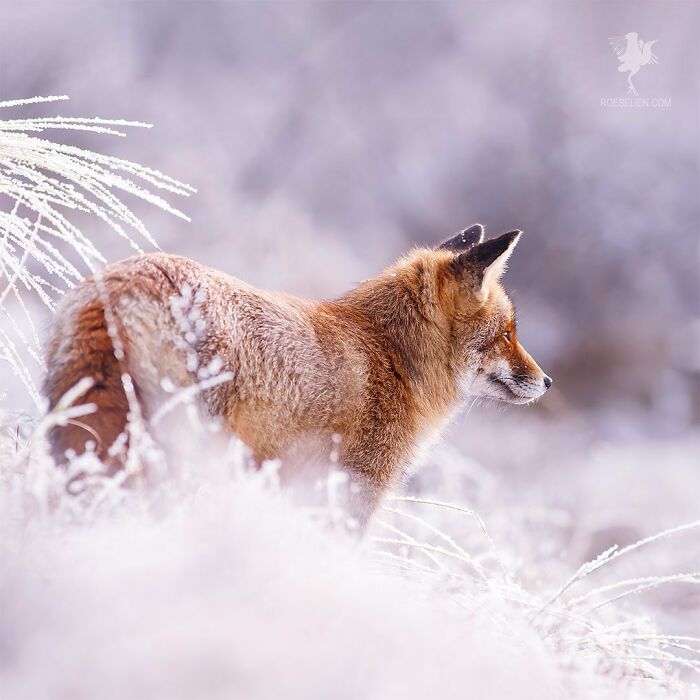 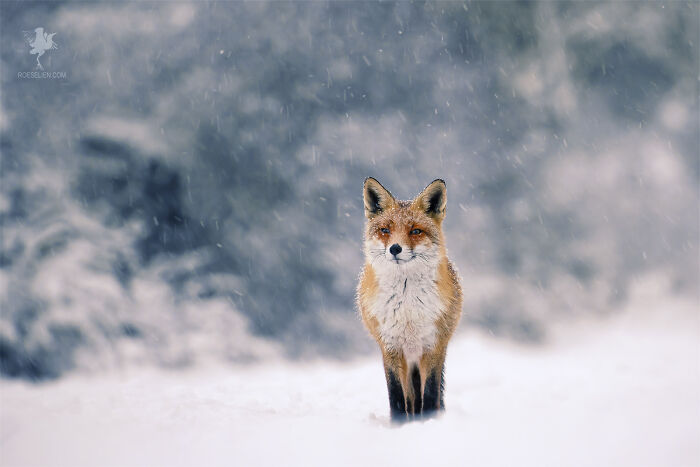 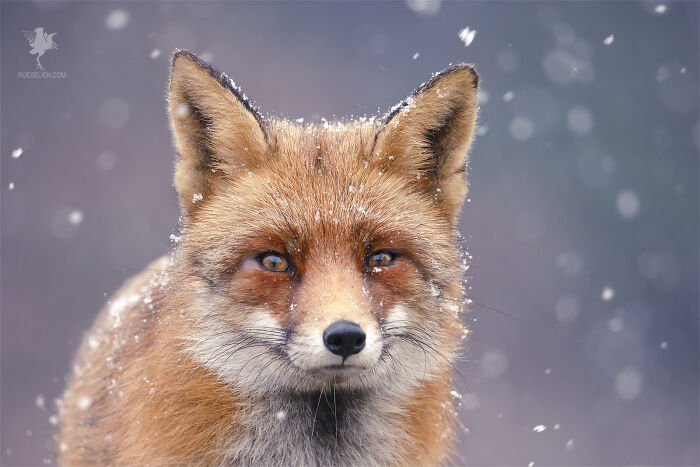