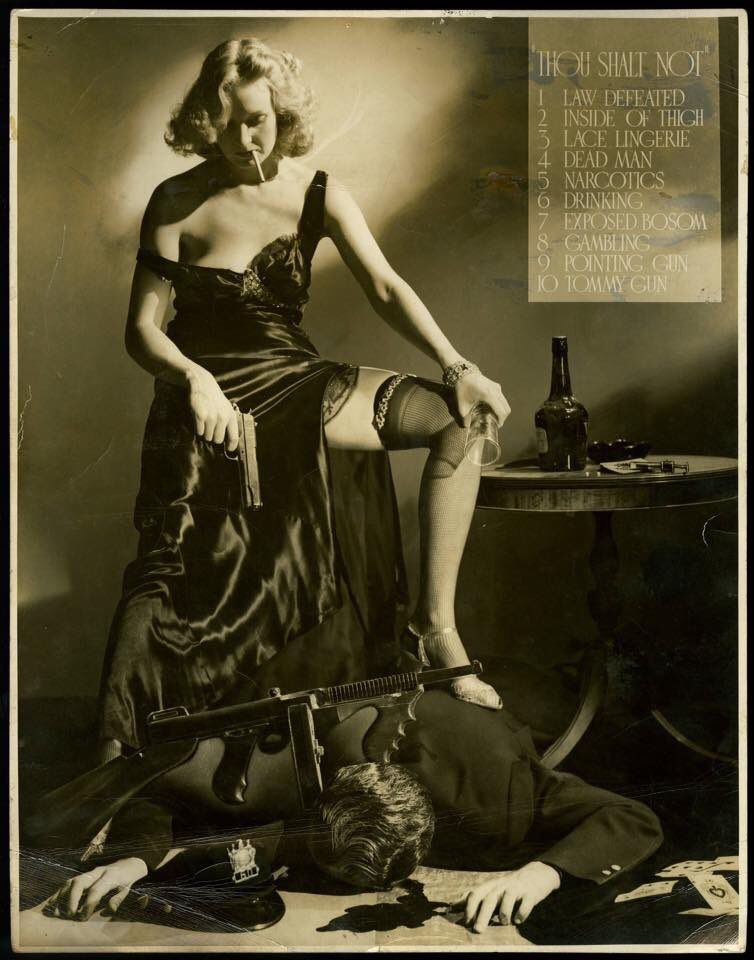 In 1930, the Motion Picture Association of America (MPAA), responding to public concern about perceived immoral behaviors and lifestyles presented in the nascent motion picture business, issued a code of conduct. It asked Postmaster General William H. Hayes to write the document. The MPAA adopted what came to be called the Hays Code, but began enforcing it only in 1934.

This effort squashed some movies that had been pushing the boundaries of public propriety. But by the 1950s, Hollywood began resisting the code, especially as movies that broke its regulations earned a lot of money at the box office.

This photo from Life magazine dates to (I think) 1940. It pokes fun at the code by trying to violate as many provisions as possible.

The code itself, by the way, makes for interesting reading. Many of the requirements, such as those against the use of liquor and miscegenation, would be popularly seen today as either excessively puritanical or morally repellent.

But much of the code holds up as well as, such as the prohibitions against filming animal cruelty or actual human deaths. And despite the claims of the Life photo, I don’t see gambling forbidden by the code.