Watching movies is one of the most frequent and entertaining activities. It is known that creating a movie takes a lot of time and resources. But it seems that even the most interesting and highly successful movies can have some flaws. Having this in mind, TikTok user @davidjustinn started making videos where he shows the biggest mistakes left in the final cut of movies.

Justin, who has 8.6M followers on TikTok, exposes some of the best-known movies, including some of the classics such as Pirates of the Caribbean as well as Disney movies, one of them being Frozen. The creator also expressed his interest in how some of these mistakes actually made it to the final cut.

Some of the discrepancies that the TikToker presented seemed to be hardly noticeable when watching a movie as well as really funny when you turn your attention to it. One of these bizarre mistakes was noticed in the movie Quantum of Solace, where a background actor was sweeping the floor, but it was hard to understand what was he sweeping as the broom was held off the ground.

Which of these mistakes do you find the most hilarious? Or maybe you have noticed some other weird errors in movies? Don’t forget to leave your observations in the comments down below!

In the movie ‘Willy Wonka and the Chocolate Factory’ there’s one humongous mistake that I’m surprised most people haven’t noticed before. Pay close attention to this little blonde girl at the bottom right. The candyman accidentally hits this little girl right in the face when he lifts the counter. 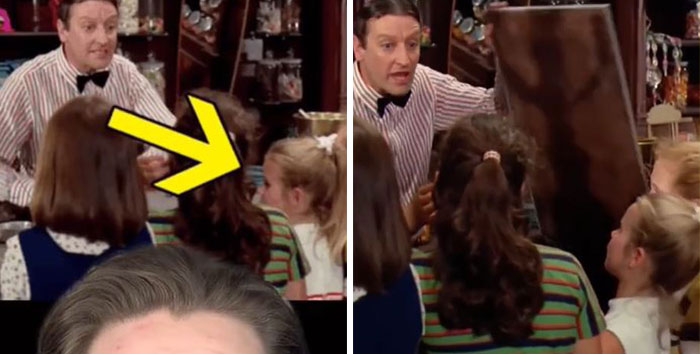 In the movie ‘Hercules’, there’s one mistake that is so obvious. I’m not sure how it made the final cut. In this scene, Hercules and Hades are in the underworld where they are able to see all of these souls and Hercules spots Meg. Hercules is then able to reach the water and try to grab Meg while he’s on his knees. And then just a couple moments later, it zooms out and you can see that he’s actually on the edge of a cliff and when he jumps off you see how high he actually was. So how was he able to reach a Meg while on his knees if he was actually that far away from the water? 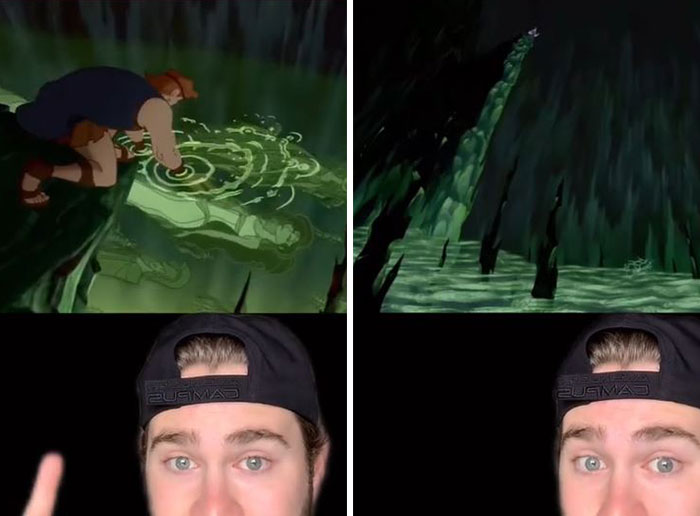 In the trailer for the movie ‘Soul Surfer’ there’s one mistake that somehow slipped past editing. In the movie they wrapped AnnaSophia’s left arm in green tape to digitally remove it since you know a shark bit it off. But right here in the trailer you can see where they forgot to edit it out. 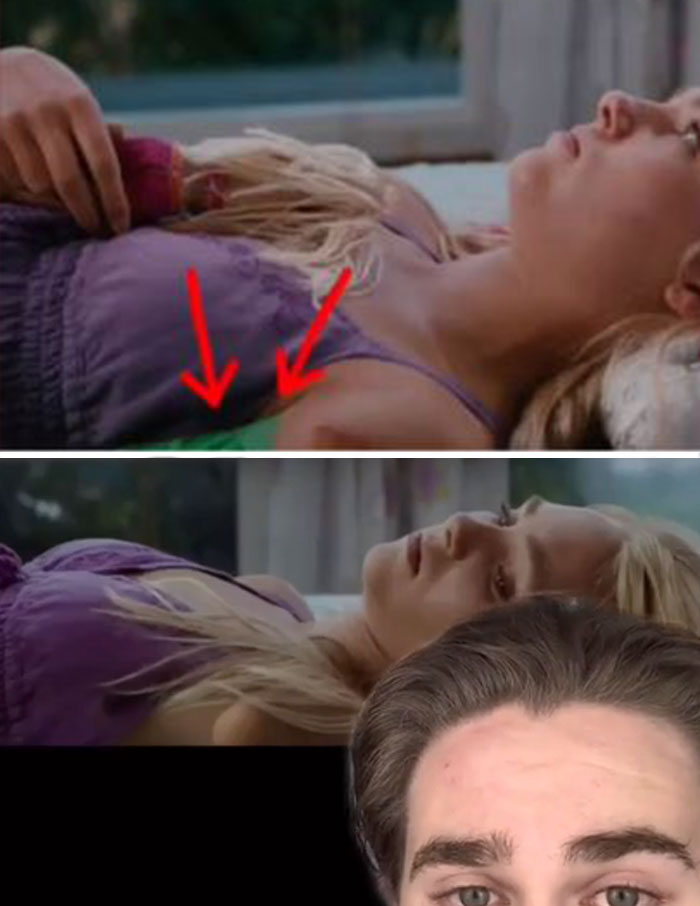 In the movie ‘Zootopia’ there’s one obvious mistake that most people have never noticed. In this scene where Judy is on the phone with her parents, you can clearly see that the time says 8:40pm but then just a couple of seconds later when she puts her phone down you can see it says 9:44pm. 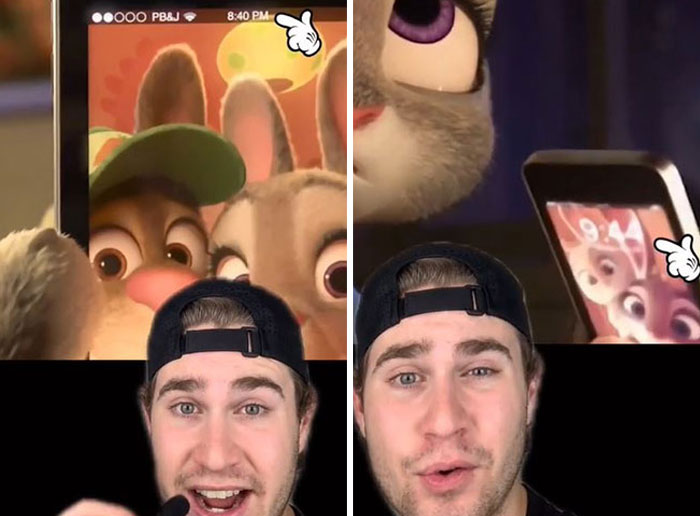 Next up is ‘Big Hero 6’ and I’m not even sure how the mistake in this one can even happen. In this scene where Hiro meets professor Callaghan. You can see professor’s Callaghan shirt is blue, but when he reaches out it turns red and then it turns back to blue again. Why did that happen? 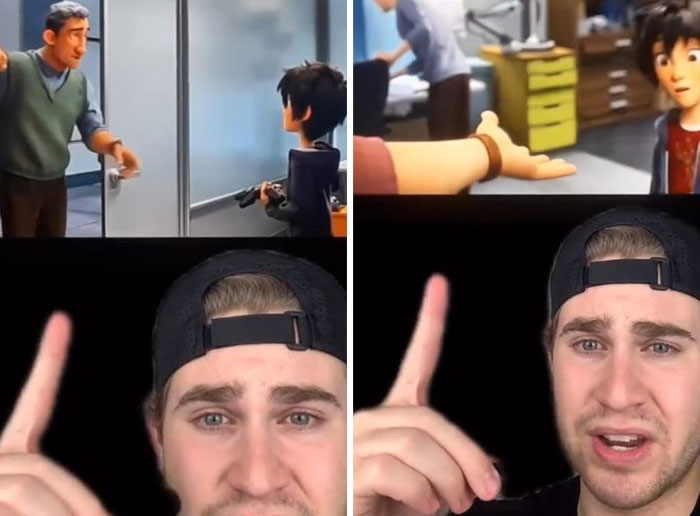 In the movie ‘American Sniper’ there’s one hilarious mistake I’m surprised made the final cut. In this scene they substituted the baby for a literal doll. And if you look closely, you can see Bradley Cooper moving the dolls hand with his thumb to make it appear more real. But this scene just ends up looking ridiculous. 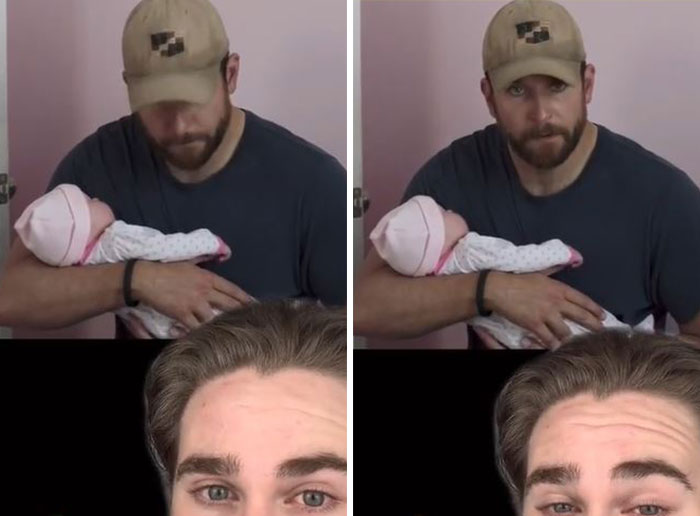 In the movie ‘Gladiator’ the mistake in this one is so obvious I’m shocked and made the final cut. In this scene where a chariot gets knocked over. If you look really closely right here, when it falls over, you can see an air tank, which I’m 100% sure wasn’t around back in the Roman times. 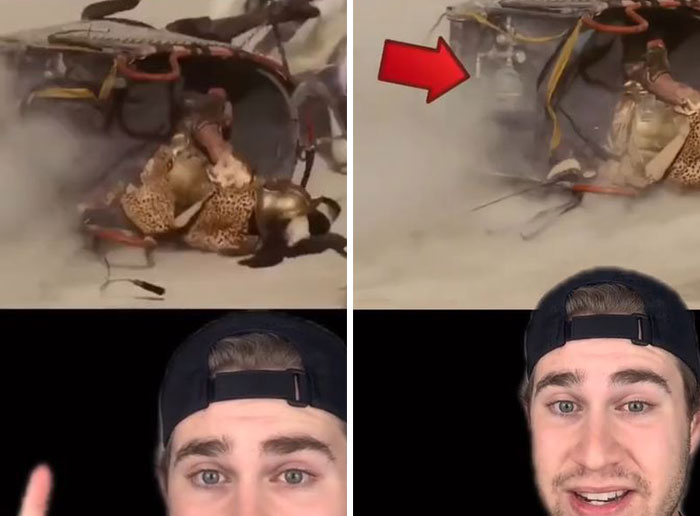 In the ‘Inside Out’ there’s one mistake I’m shocked made the final cut. In this scene Riley is running through her living room. You can see a white cable running along the floor. But just moments later when we see the cable again, all of a sudden it’s black. How does that make it past the editing team? 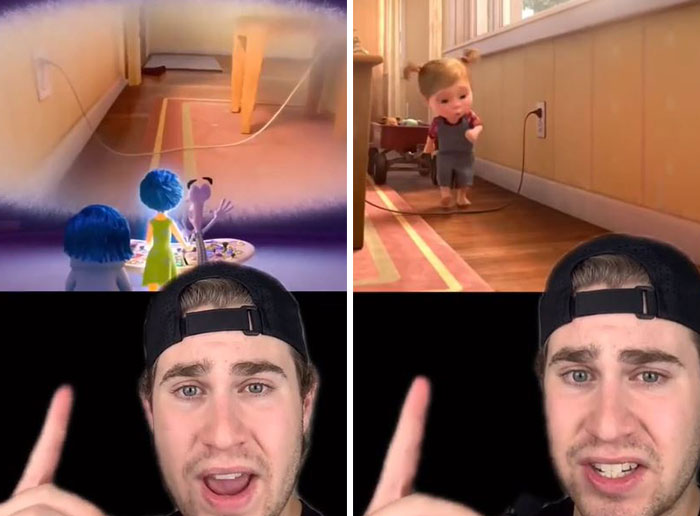 In the original ‘Jurassic Park’ movie, in this scene, kids are hiding from some raptors in this kitchen. But when one of the raptors enters the room, you can see a hand of the crew member helping the raptor maintain its balance. 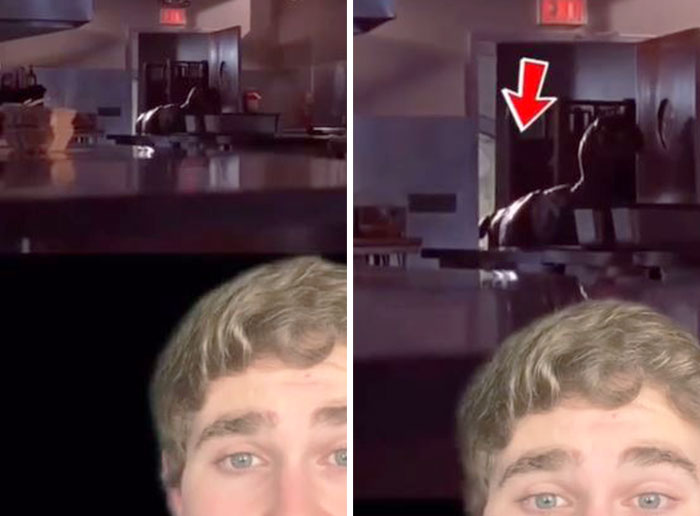 In the movie ‘Frozen’ in this scene where Elsa is singing ‘Let it go’. You can see that she lets down her hair and her braid jumps from behind her back to over her shoulder. But if you look closely, her hair went right through her arm. 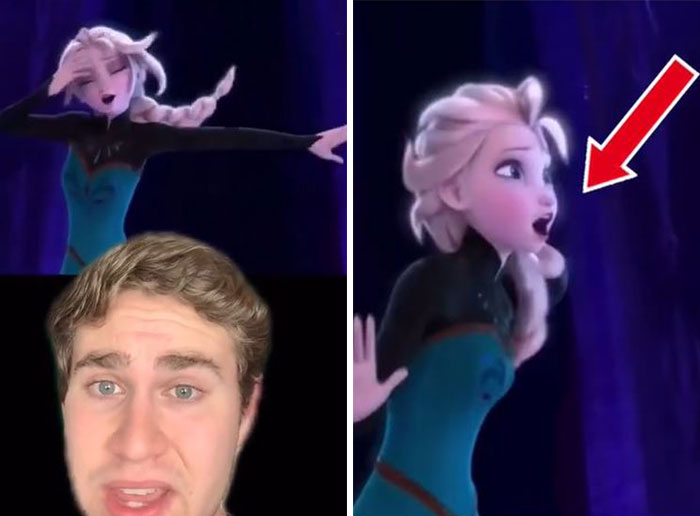 In the movie ‘Moana’ in this scene, you can see little Moana walk up to this shell and leave behind footprints. But if you look closely in the next scene, the footprints are completely gone. And then in the scene after that they appear again. 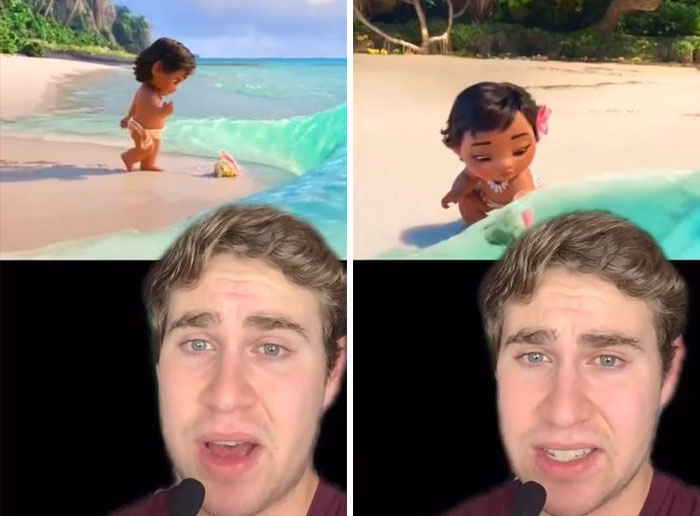 In the movie ‘Tangled’. Here you can clearly see Flynn’s wrists in shackles, but in the next scene, they magically disappear, and then they magically appear again. What’s going on Disney? 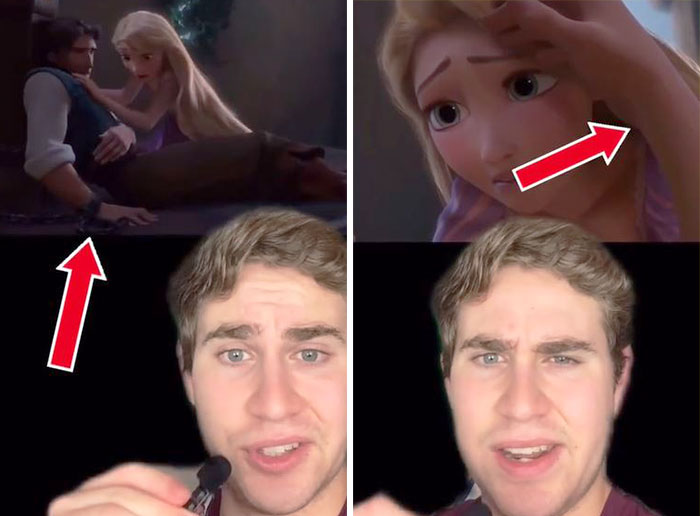 In the movie ‘Back to the Future’. There’s a mistake you’ll never miss once you know it’s there. In this scene, you can see Doc’s son signaling his hand and then pointing at his private area. The little boy was signaling to the crew that he needed to go to the restroom, but it is so funny that this made the final movie in the original. 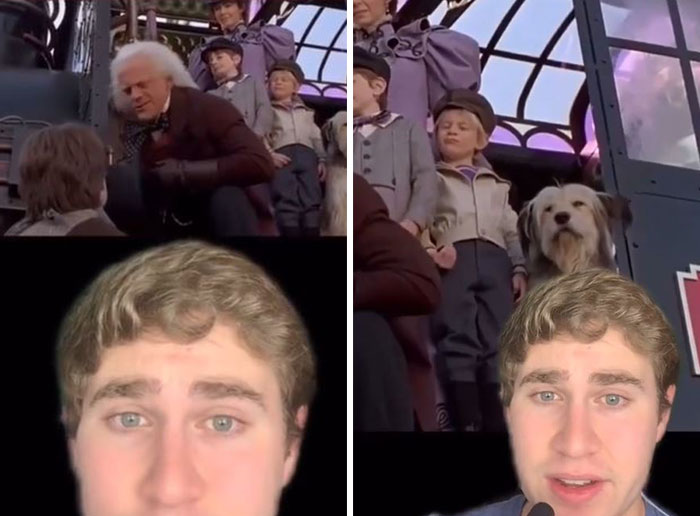 In ‘The Bourne Identity’, there’s a hilarious mistake that somehow slipped through editing. In this scene Bourne supposed to disappear into the surrounding city and at first it looks like he does. But if you look closely when this little car passes him, you can see his bright red jacket and his feet as he tries to hide behind it 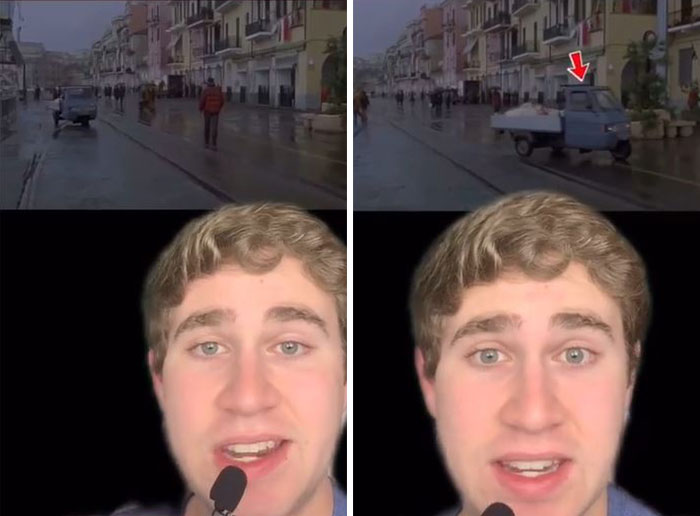 In the movie ‘Teen Wolf’ in this scene where a main character Scott makes a basketball shot to win the game. In the background of this scene, you can see an extra with his pants open. He quickly tries to cover with his jacket but you clearly notice. 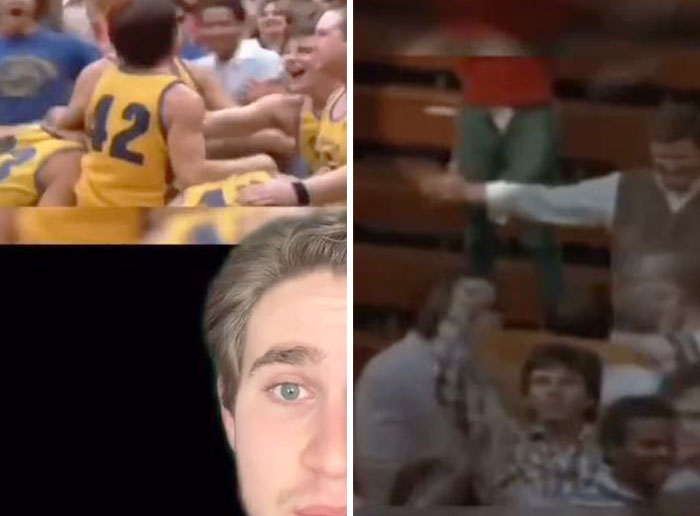 In the movie ‘Braveheart’, there are quite a few mistakes. So let’s go through a few of them. There are weapons that are supposed to be made from iron and steel wobble just like rubber. It’s a battle on horseback when they can clearly use this modern day car in the background. Later in the background of this scene, you can see this modern day man. Is he a time traveler? 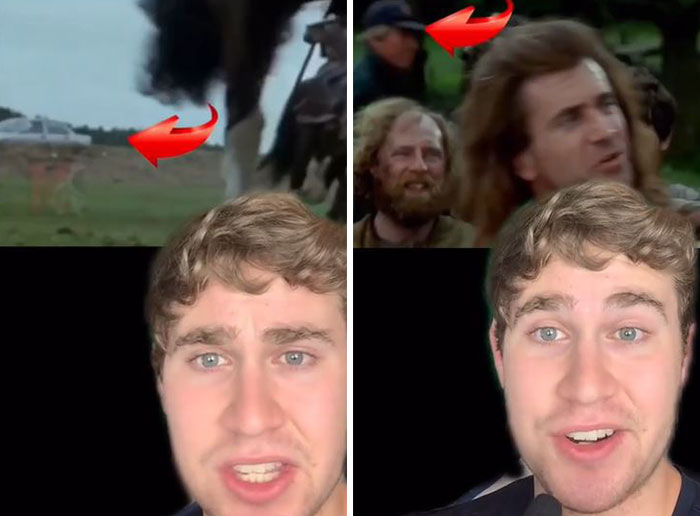 In the movie, ‘The Matrix’ the mistake in this one is so obvious. I think they did it on purpose. In this scene where Neo reaches out to open a door if you look in the reflection of the door handle, you can actually see a camera and the camera is even dressed in a suit and tie. 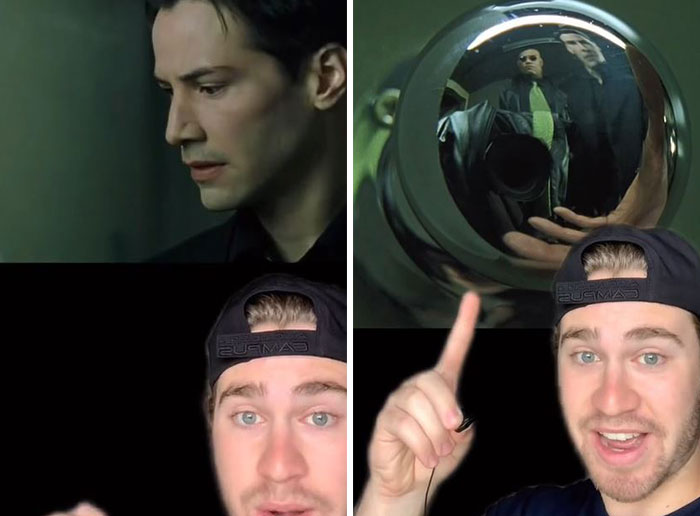 In the movie ‘Quantum of Solace’, there’s a huge mistake in the background you probably missed. In this scene where James Bond is sitting on his motorcycle there’s an extra in the background sweeping the floor, but I’m not sure what he’s sweeping since the broom is like two feet off of the ground. 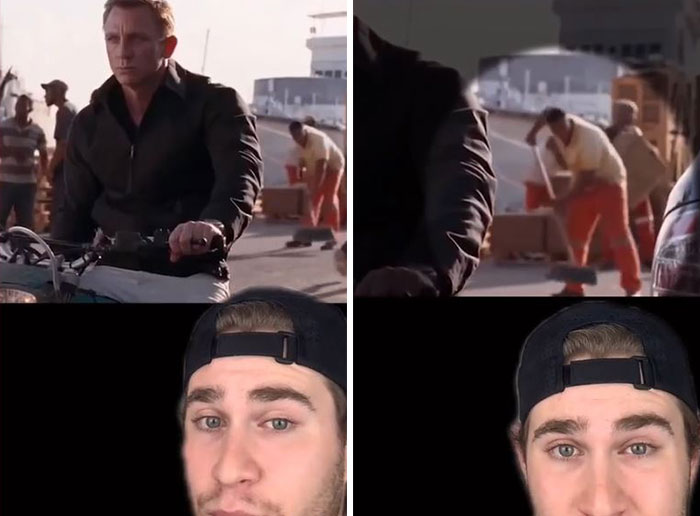 In ‘Iron Man 2’ the mistake is absolutely hilarious. In this scene where Black Widow is fighting happy and takes him down. If you pay close attention to her face she becomes a completely different person 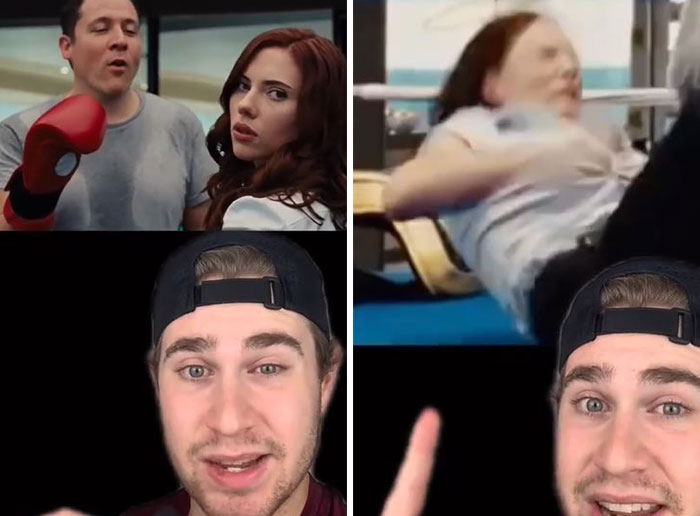 In the movie ‘Frozen’ in this scene where Ana and Christoph are falling you can see them tied together by a rope. But when they fall into the snow safely and they get up you see that they are not attached by the rope at all anymore. So Disney where did the rope go? 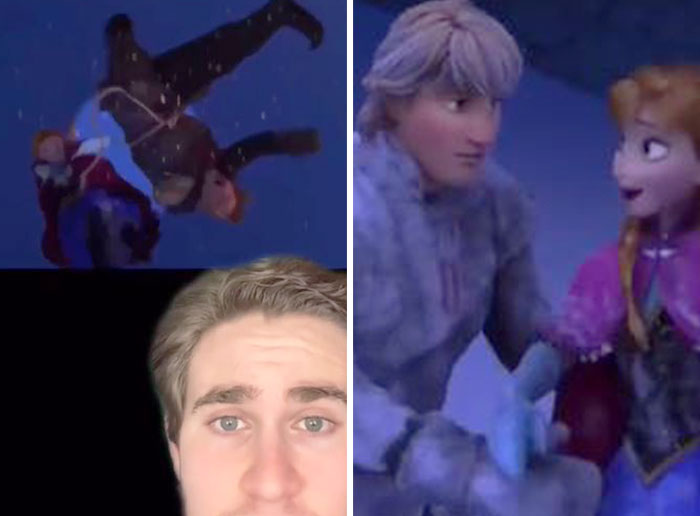