The Contemporary Austin in Texas has announced the latest recipient for its biannual prize, one of the largest in the United States. Tarek Atoui has won the 2022 Suzanne Deal Booth / FLAG Art Foundation Prize, which comes with a $200,000 cash prize, as well as a solo exhibition, publication, and related programming.

Atoui, who was born in Beirut and is currently based in Paris, is an artist and composer known for a practice that prioritizes collaboration with local communities and looks at the ways sound can be used to “shift perspectives,” he said in an interview with ARTnews. “It’s coming up with a project where research is based on human encounters and the reality of the place, and trying as much as possible to have an idea of a project that builds up from discussion, leaving flexibility for it to be porous.”

When coronavirus-related restrictions on travel are lifted, Atoui will travel to Austin and immerse himself in the city’s famed music scene, to explore ways of opening it up to other communities. The pandemic and social distancing will also play a part in how Atoui’s exhibition manifests. “I don’t have the answers for it yet,” the artist said, referring to his planned approach to the work. “We’re still learning how to live with something like this.” 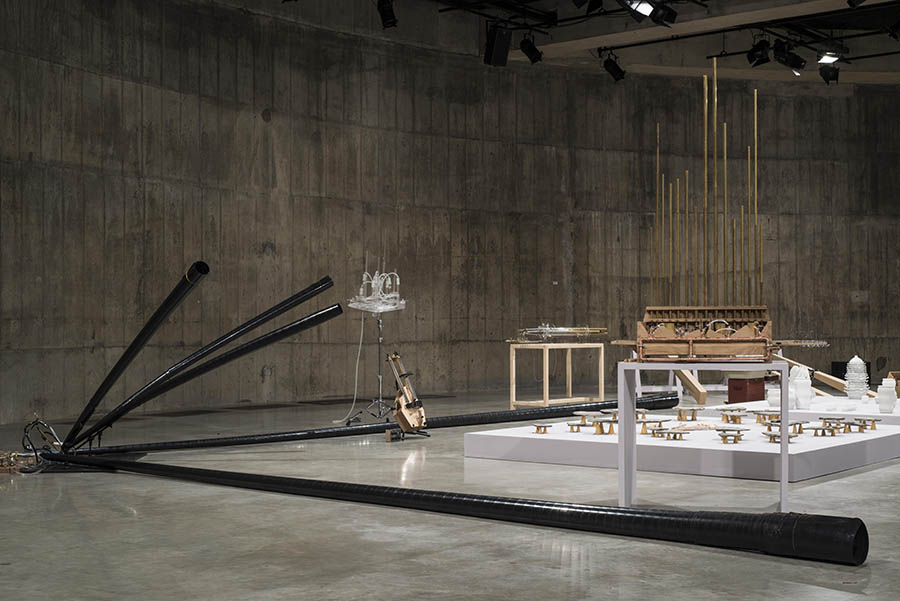 One of Atoui’s most significant ongoing projects is “Within,” which began in 2012 and relies on collaborations with people who are deaf to create instruments that create sounds in non-audible ways, including visual and physical ones. Atoui’s work has been included in major international exhibitions, including the the 2019 Venice Biennale, the 2014 Berlin Biennale, and Documenta 13 in 2012, and is due to appear in the forthcoming Gwangju Biennale in South Korea in 2021.

“Tarek’s work has been very powerful for the audiences that engage with it,” sharon maidenberg, the Contemporary Austin’s new director, told ARTnews. “The willingness to make people feel vulnerable and connected to their own bodies and how art physically feels in your body is a really powerful way to connect a fine art practice at a moment like this, when people are questioning everything and looking for that deep meaningful engagement that is more visceral.”

Atoui’s largest solo exhibition to date will open later this year at the Sharjah Art Foundation in the United Arab Emirates. The show was postponed from March because of the coronavirus pandemic, and was originally envisioned to include a residency program that would bring various musicians from around the world to a sound lab there. Atoui said that his experience in having to reconceive the show has opened up a new process to which he’ll approach future exhibitions.

“I’m trying to be more ambitious and take this further in the sense of trying to think about what stays after the exhibition and the event,” he said. “Of course, there is the memory and this feeling of having lived an experience that is unique, but I’m also trying to go beyond to see what is possible to leave behind.” 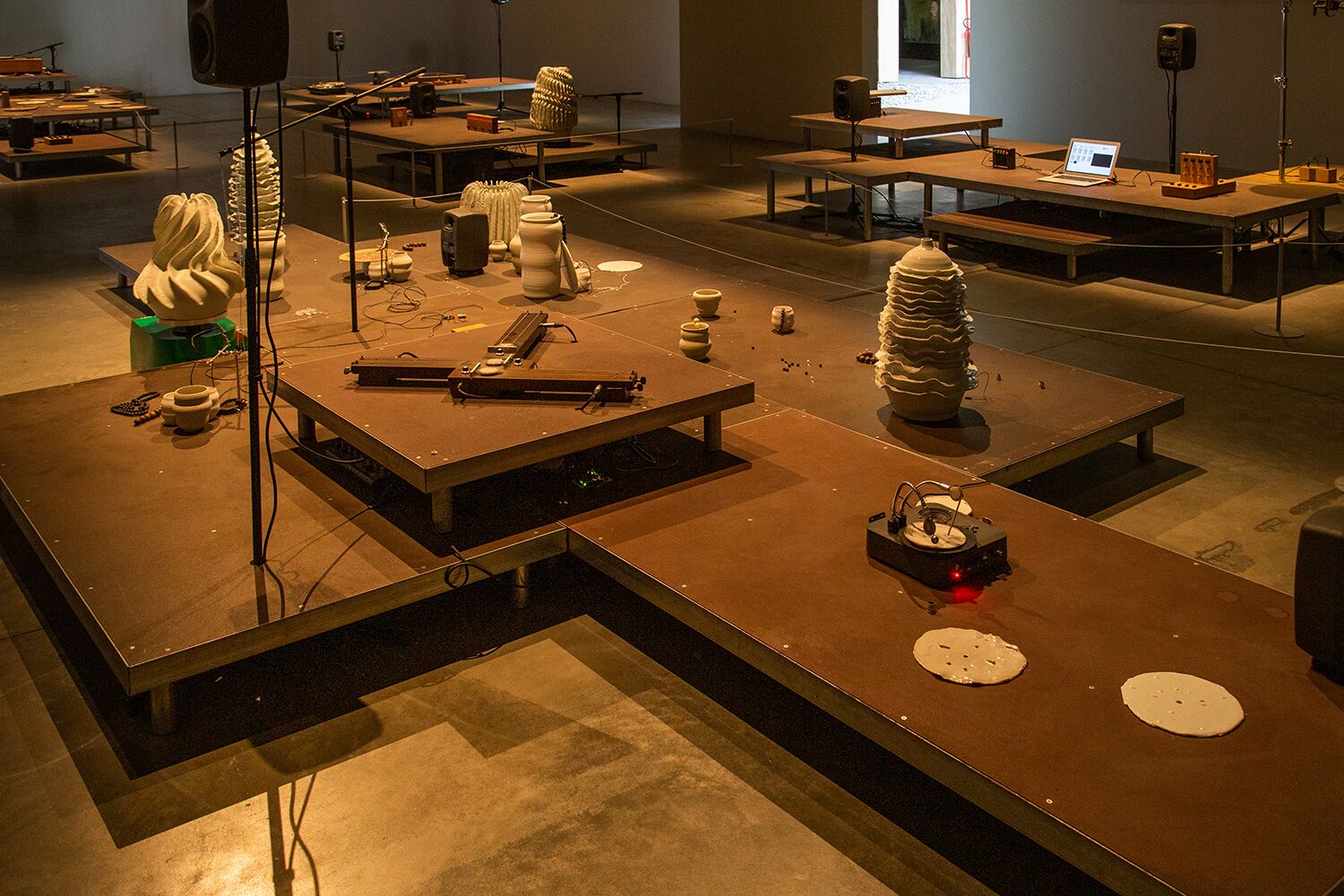 Tarek Atoui, The Ground, 2019, installation view in “May You Live In Interesting Times,” at 58th
Venice Biennale.

In an email, Pesanti lauded Atoui’s “generative, experimental art practice [that] catalyzes research and innovation while fostering collaboration and inclusivity.” She added, “At this moment in time it seemed more important than ever to reach across the ocean to build bridges between cultures, geographies, and perspectives, a feeling that Tarek’s ability to create open-ended possibilities and connect local communities across the world will be inspiring and restorative.”

The first iteration of the Contemporary Austin’s artist prize was awarded in 2016 to Rodney McMillian as the Suzanne Deal Booth Art Prize, which came with $100,000 as well as a solo show and publication at the museum. The initial seed money was provided by Suzanne Deal Booth, a trustee of the institution and one of the world’s top collectors.

In 2018, ahead of the announcing of the second recipient, the Contemporary Austin announced that the prize had been renamed the Suzanne Deal Booth / FLAG Art Foundation Prize, after Amanda and Glenn R. Fuhrman, who have ranked on ARTnews’s Top 200 Collectors list every year since 2010, signed on to bolster the cash award to $200,000. The 2018 winner was Nicole Eisenman.