“…The pursuit of happiness” is written right in our Declaration of Independence, but while we Americans pursue it, we’re lousy at catching it. The UN-commissioned 2017 World Happiness Report has been released and we’re not even in the top ten.

The report, put together by the Sustainable Development Solutions Network, comes out each year. The idea is that world leaders can review the document to see where and how to improve their own citizens’ well-being.

So how do you measure happiness? The SDSN looks at survey results from 155 countries that provide data on the following positive and negative areas:

Social support. Not government-based; specifically they’re asking “If you were in trouble, do you have relatives or friends you can count on to help you whenever you need them, or not?”

Generosity. Specifically, “Have you donated money to a charity in the past month?”

Corruption. Do you feel you can trust the government in your country?

Positive affect. How often do you experience laughter and enjoyment?

Negative affect. How often do you experience worry, sadness and anger?

As they do every year, Scandinavia just crushes it. Here are the top ten rankings and their scores, with 8 indicating Utopia:

The U.S. is 14, just ahead of Ireland and just behind Austria. If you want to see where your country is, you can download the PDF here. If you’re too lazy to do that, I’ll put the image of the charts down at the bottom of this entry.

In addition to the main document, the SDSN has also put together some supplementary reports, like “Happiness at Work:” “Since the majority of people spend much of their lives at work, it is critically important to gain a solid understanding of the role that employment and the workplace play in shaping happiness for individuals and communities around the world.”

Freelancers get a shout-out here: “We find that being self-employed is associated with higher overall life evaluation in most developed nations, but that self-employment is also associated with the heightened experience of negative emotions such as stress and worry.” I’ll have to say that’s true.

Obviously they didn’t drill down as specifically as “industrial designer,” but if you want to find the column that your job falls within, and are curious how your Job + Life Evaluation stacks up against the others around the world, here’s one of the charts: 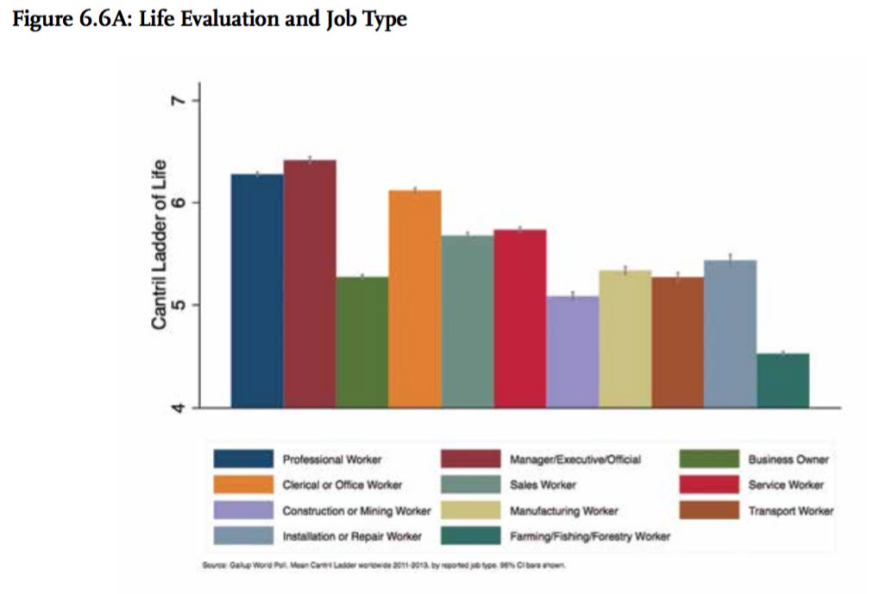 Sorry for the blurry text, that’s how they provided it. So this happiness report is probably making graphic designers unhappy.

The “Cantril Ladder of Life” they’re referring to basically means “On a scale of 1-10.”

Here’s how job satisfaction looks around the world: 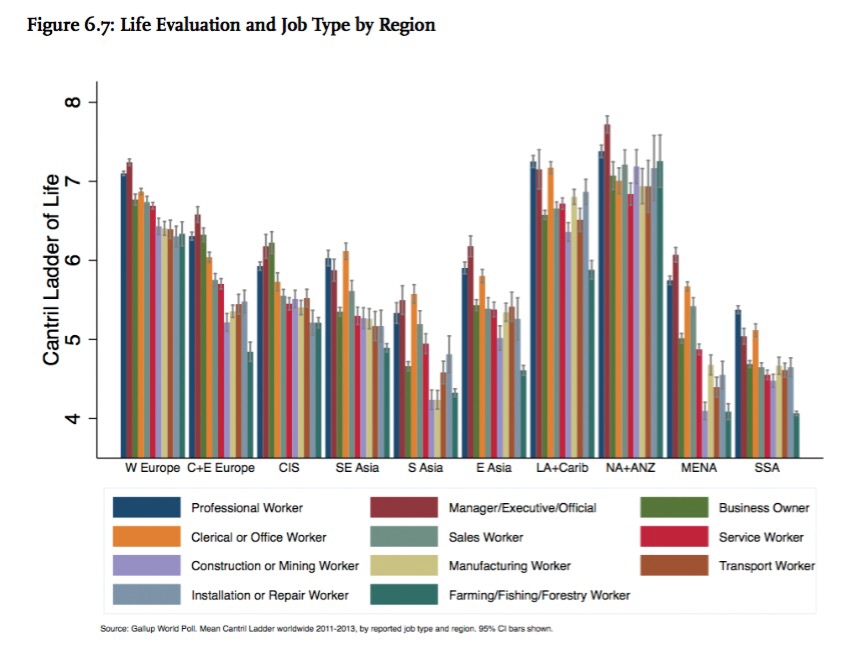 The percentages of folks satisfied with their jobs: 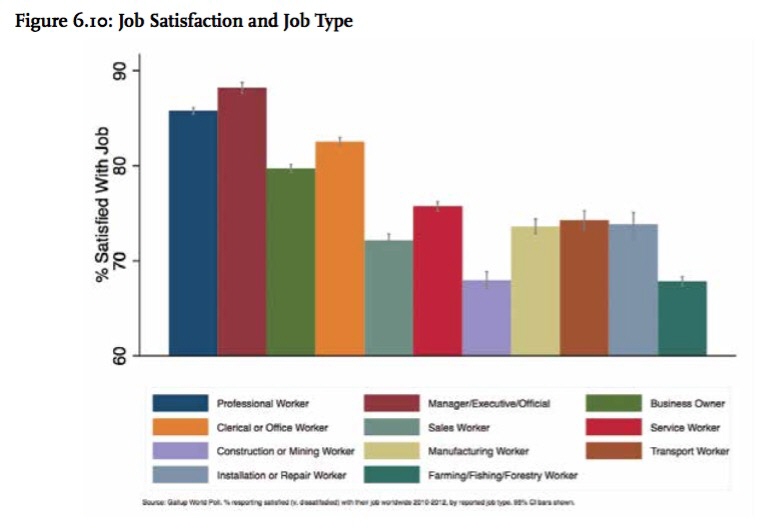 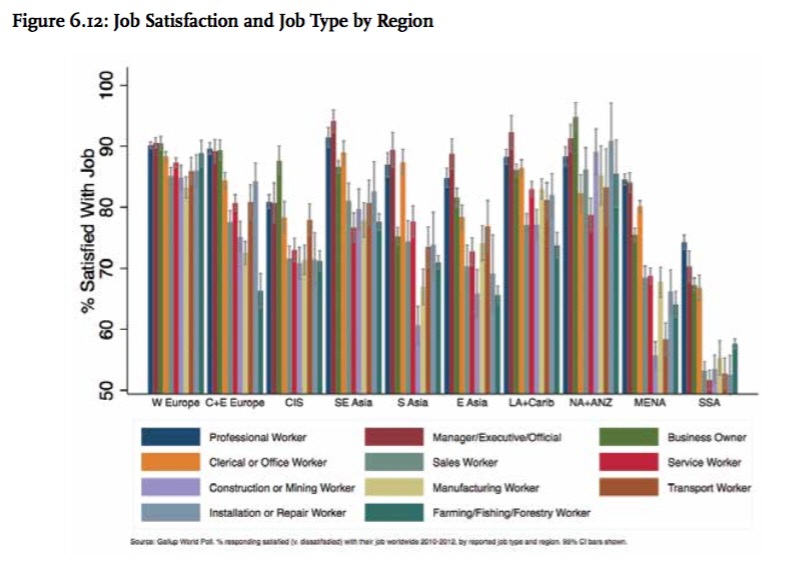 The document(s) are huge, but they’re free, so those of you interested in this sort of thing ought flip through them. One surprising tidbit I found is that folks in China are no happier now than they were 25 years ago, despite that nation’s staggering industrial growth. “[Researchers] attribute the [low] happiness…to rising unemployment and fraying social safety nets.”

We Americans are no better off. A sub-document called “Restoring American Happiness” had this to say:

The central paradox of the modern American economy, as identified by Richard Easterlin (1964, 2016), is this: income per person has increased roughly three times since 1960, but measured happiness has not risen. The situation has gotten worse in recent years: per capita GDP is still rising, but happiness is now actually falling.

The predominant political discourse in the United States is aimed at raising economic growth, with the goal of restoring the American Dream and the happiness that is supposed to accompany it. But the data show conclusively that this is the wrong approach. The United States can and should raise happiness by addressing America’s multi-faceted social crisis— rising inequality, corruption, isolation, and distrust—rather than focusing exclusively or even mainly on economic growth, especially since the concrete proposals along these lines would exacerbate rather than ameliorate the deepening social crisis.

Yeah, good luck with that!

Hey Norway, you got room for one more? 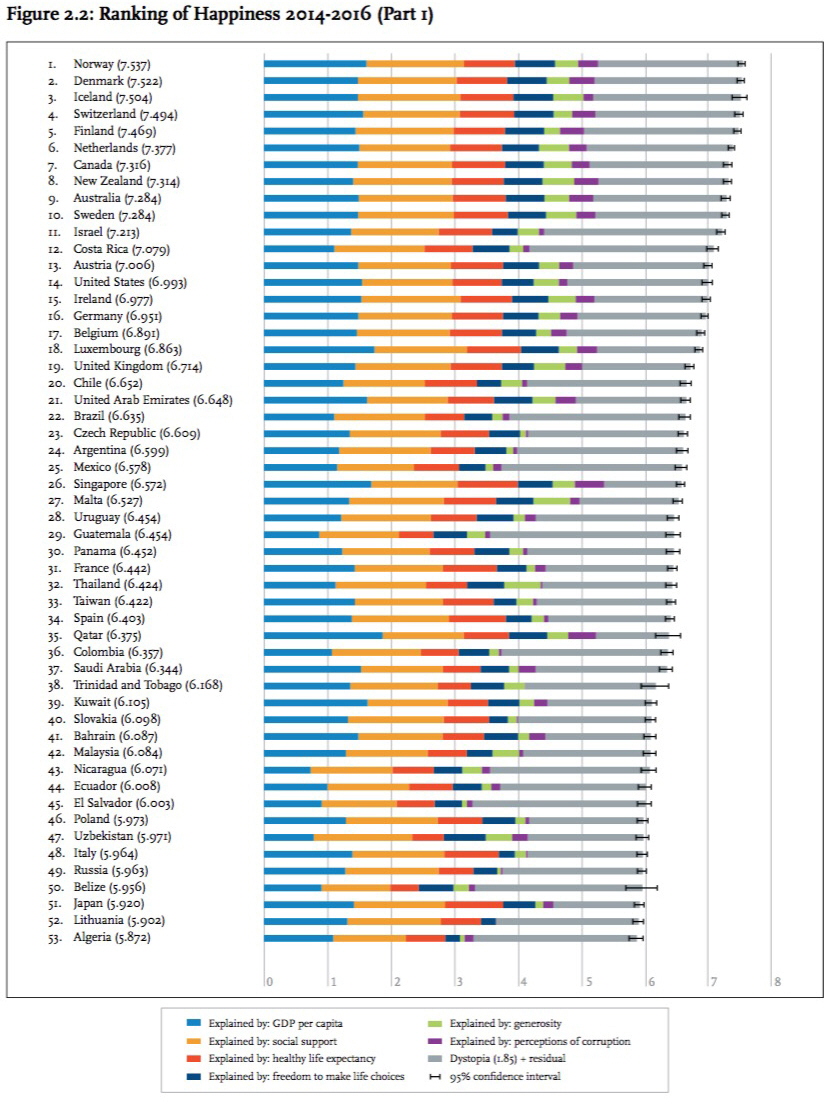 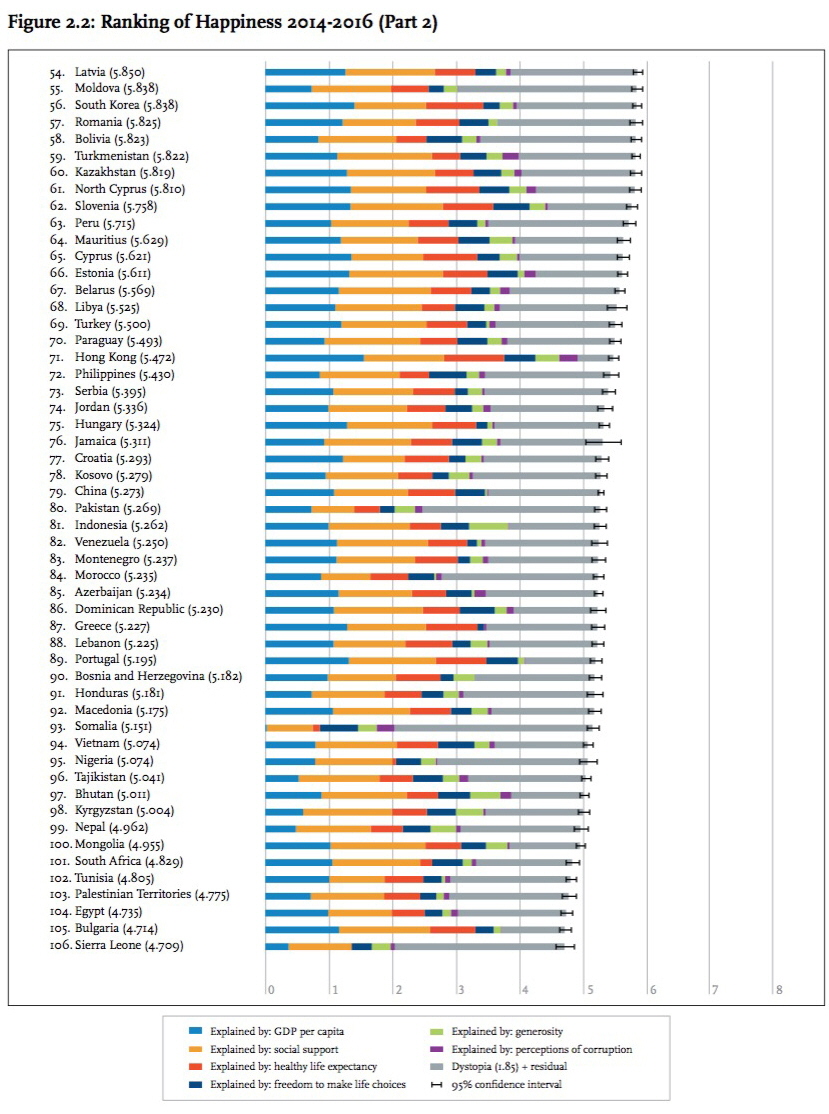 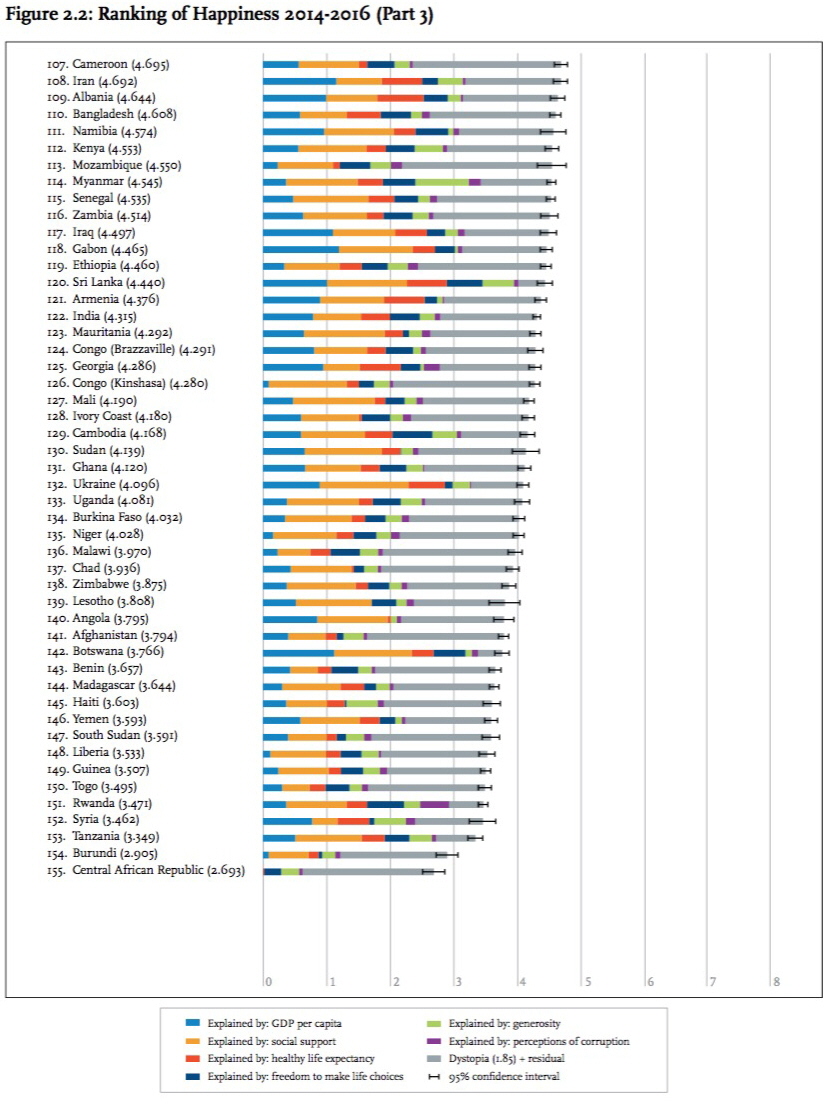