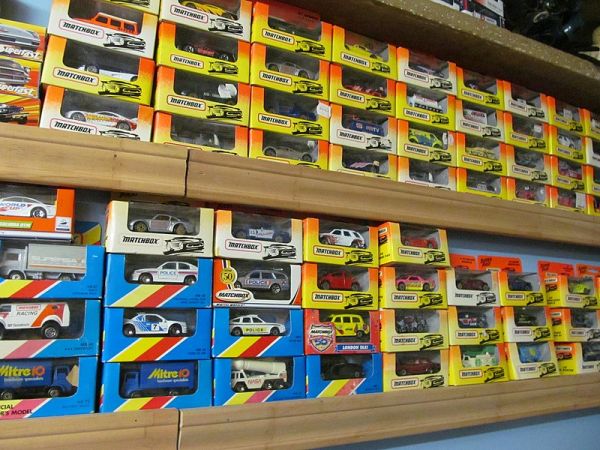 The Strong National Museum of Play in Rochester, New York, has announced thus year’s inductees into the National Toy Hall of Fame. They are Matchbox cars, the coloring book, and the card game Magic: The Gathering.

English die casters Leslie Smith and Rodney Smith founded Lesney Products in 1947 and, along with partner Jack Odell, began making small toys to fill slack demand during wartime. In 1952, Odell was inspired by a rule at his daughter’s school that permitted students to only bring toys that fit inside a matchbox. He scaled down Lesney’s road roller toy, packaged it in a matchbox, and sent his daughter off to school. The Matchbox car was born.

The American company Mattel introduced Hot Wheels cars in 1968, and they were inducted into the Hall of Fame in 2011. Mattel now own both lines. Finalists that didn’t make the cut this year include:

Care Bears, the Fisher-Price Corn Popper, Jenga, Masters of the Universe, My Little Pony, Nerf Blaster, Risk, the smartphone and the top.

The links in the first paragraph will take you to the history of each of the National Toy Hall of Fame inductees. -via Next Draft