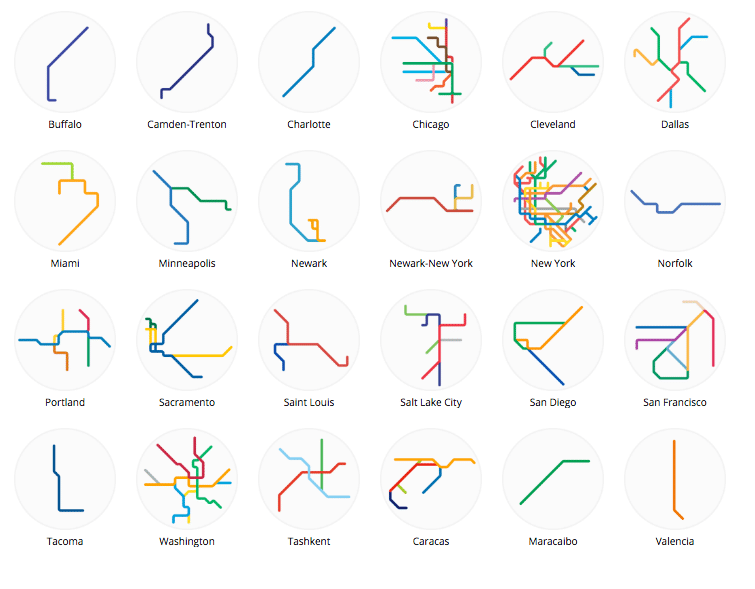 American graphic designer and self-proclaimed “transit nerd” Peter Dovak has come up with an interesting visual concept for international metro maps. His project 220 Mini Metros is a clever reinterpretation of subway maps in cities across the world. Starting several years ago as an iPhone app idea, the self-taught designer later focused on icons for each city.

For the challenge, he gave himself strict requirements. Each map had to fit within a 120-pixel circle, the lines had to be 3 pixels wide with a minimum of another 3 pixels between the next parallel line, and all diagonals had to be 45 degrees. Within these restrictions, he tested himself with simple and complex transit systems.

The results are engaging interpretations that quickly allow us to see how metros unfold across the globe. Some cities, like Buffalo, Ottawa, Genoa, and Lima were straightforward with their one line systems. Others, like Seoul, Madrid, London, Tokyo, and New York, proved to be incredibly challenging to fit within the small circle.

The project is continually evolving, as Dovak updates his work when major extensions call for a revamp. 220 Mini Metros is ripe for all types of design items and Dovak has prints, mugs, and accessories for sale via Society6 and RedBubble if you are looking to add some transit-based decor to your home.

New York City, London, and Seoul were some of the more challenging icons to create. Take a look at the finished work next to the full metro map. 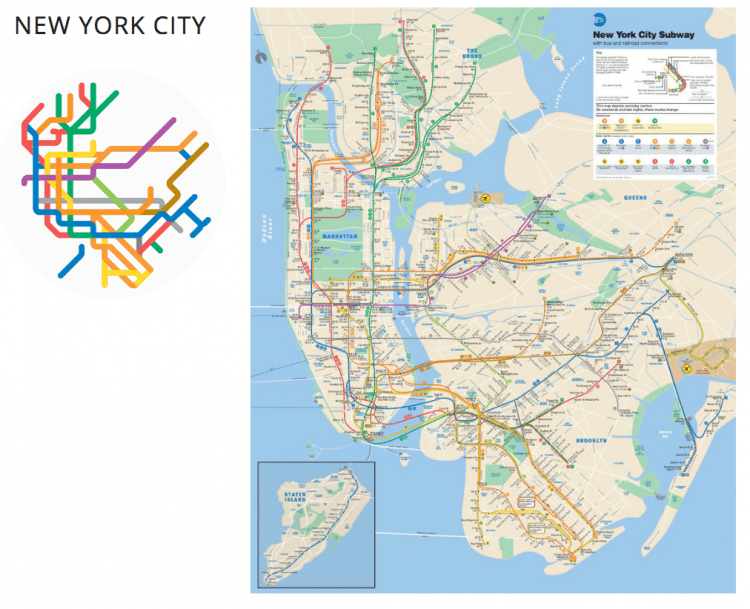 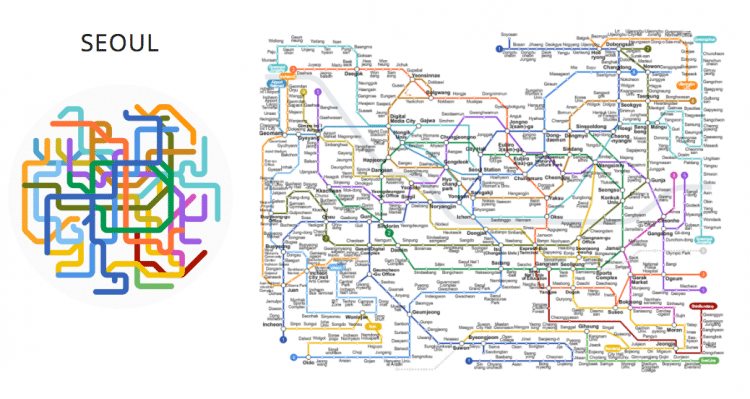 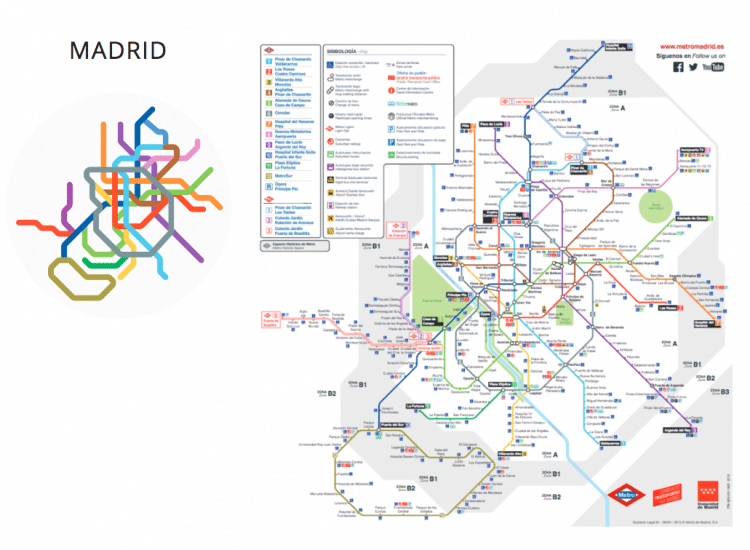 You can buy wall art, mugs, pillows, hoodies, and more of the complete maps or individual cities. 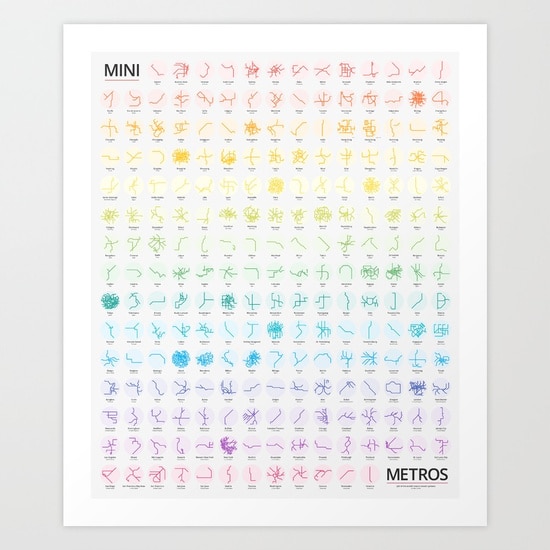 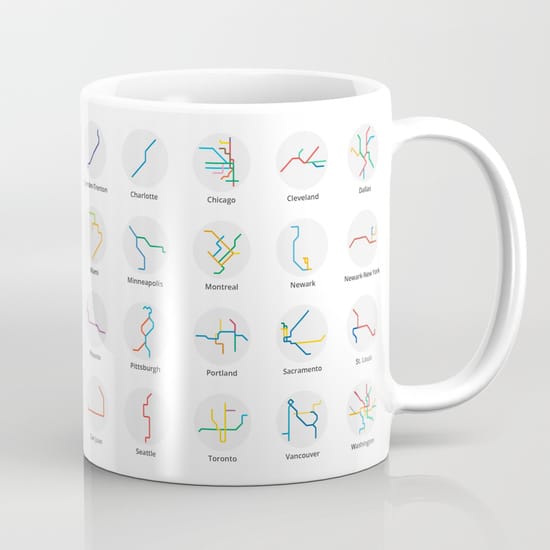 Mini Metro – US and Canada Mug 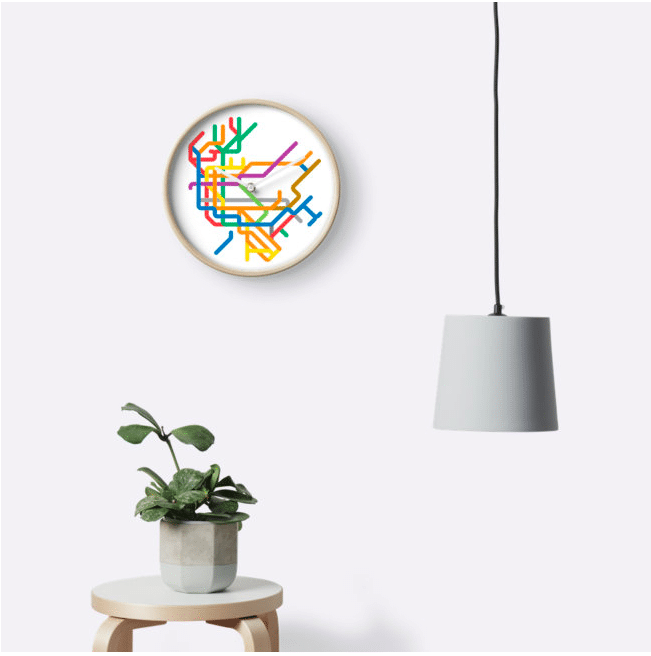 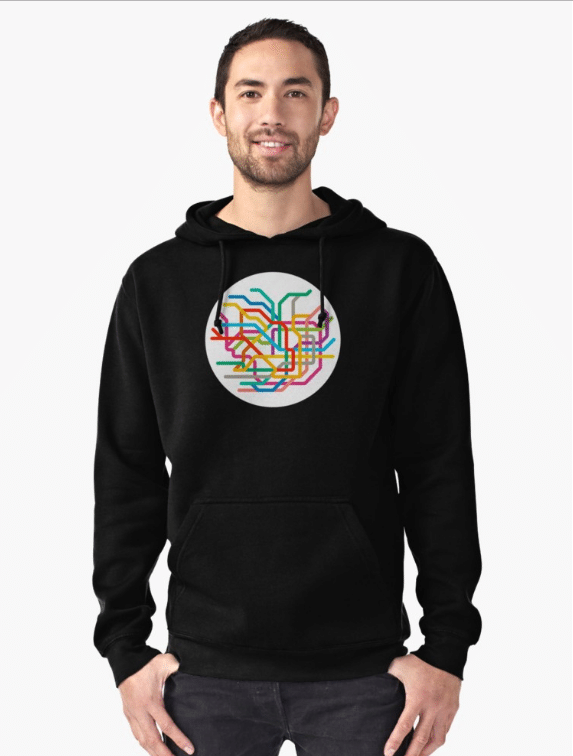 All images via Peter Dovak.