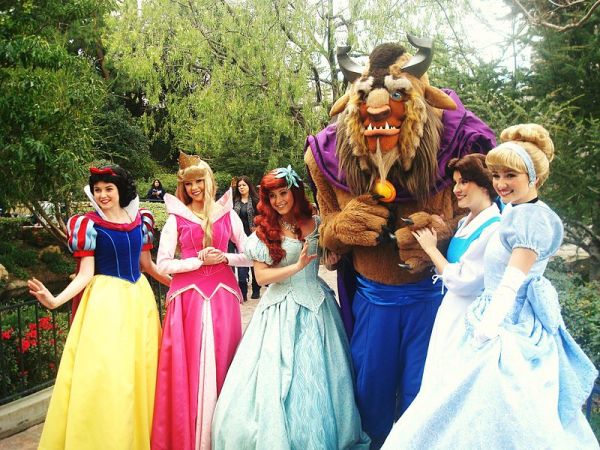 Many little girls have a fantasy of growing up to be a princess just like in the Disney movies they watch. A few make their dreams come true by becoming a princess character at one of the Disney parks. The job isn’t easy, or lucrative. It can be fun, but just getting your foot in the door is a lot hard work.

1. When auditioning, you don’t audition for a certain character.

2. And you have a better chance of being hired if you look like the other actors, rather than the character herself.

So if you want to be a Disneyland Cinderella, you’re better off if you look like the women already hired to play her, rather than the actual Cinderella we know and love.

3. Not everyone gets hired the first time around.

Some girls have to audition four or five times before getting accepted. This is because Disneyland is looking for different princesses at different times. You might be a perfect Pocahontas, but your first audition might be when they’re casting only Alice or Belle.

Once you get the job, you go through training and learn to be a fictional princess, with all that entails. And there are strict rules for maintaining the fantasy. Read some of the secrets of the women who portry Disney Princesses at Buzzfeed.