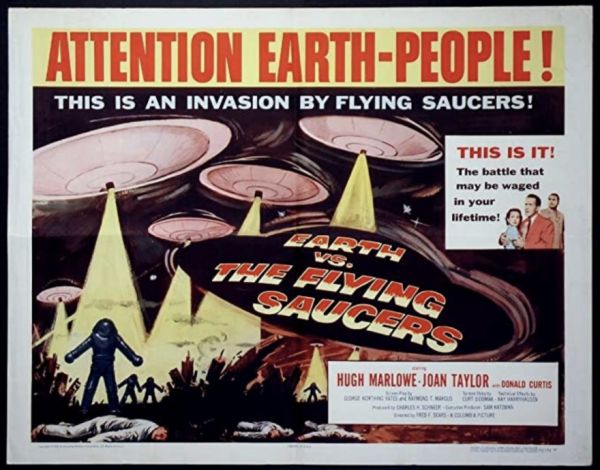 People have seen strange, unexplained things in the sky for millennia, but the term UFO is relatively, new, having been snagged from the US Air Force in the 1950s. We know it stands for Unidentified Flying Object, but other terms are used, like UAP, ETC, ETB, foo fighters, and flying saucers. By the way, the original use of the term “flying saucer” was not about the shape of the object, but nevertheless became the go-to shape for alien spacecraft in B-movies. A list of fascinating facts about UFOs goes through the history of UFO sightings, which somehow became a lot more numerous after airplanes were invented. Go figure. Could it possibly be that when the military tells us that something is “unexplained,” they might not mean “we don’t know,” but instead it’s more like “none of your business.” You can read the list at Mental Floss, or see it in video form at the same link.