Music is a great thing to bring people together, no matter what category they fall into. Probably one of the best in the world – after all, it is able to interest even representatives of the most diverse generations, who often face mutual misunderstanding in almost everything.

Of course, each generation has its own favorite music, but a characteristic of modern youth is that the criteria for popularity are mostly blurred. Indeed, if about twenty years ago, there were unconditional universal idols who organized thousands of concerts and rotated their hits on the radio, now any teenager can find a narrow musical niche on the internet that only he will like and hear. At least they think so…

There is a popular thread on Twitter where parents tell how their kids came to tell about an incredibly cool song or band they just found – and suddenly it turns out that this is the same music that their parents have been fans of for a couple of decades! The thread has over 325K likes and almost 13K retweets so far – actually, the topic is beyond cool, much like the music people are talking about. 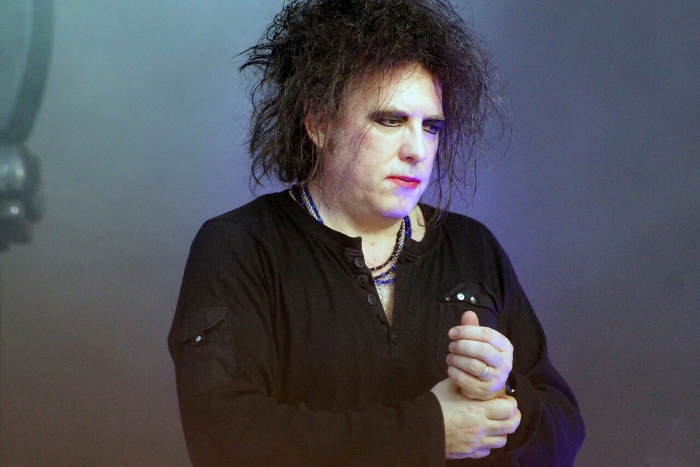 It all started when famous American writer Jeff Sharlet wrote that his “super-goth” 13-year-old once said that they were listening to a band that their dad, a few days shy of 50, probably hadn’t even heard of – and that was The Cure. And then the retweets went on…

Among the most beautiful “discoveries” was how one commenter’s daughter’s soul almost left her body after learning that her mother was personally present at Nirvana’s live concert. However, there are still no less interesting moments. For example, about the daughter who heard her father whistling the tune of The Man Who Sold The World, originally written by David Bowie, and was so delighted, kinda: “Wow, you’re listening to Nirvana!” 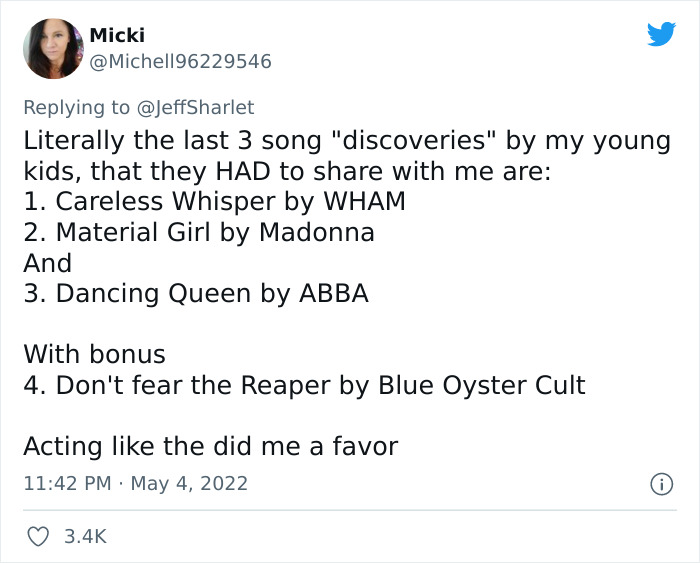 Among the hits “discovered” by the children of another member of the thread were, in particular, Сareless Whisper by Wham!, Madonna’s Material Girl, and Dancing Queen, originally recorded by the Swedes from ABBA back in 1976. 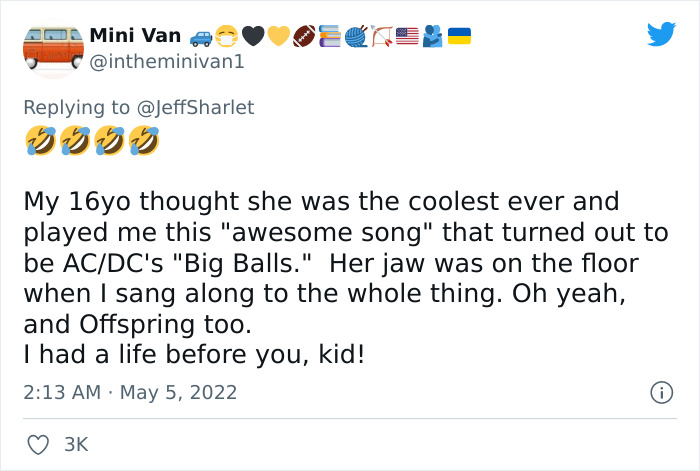 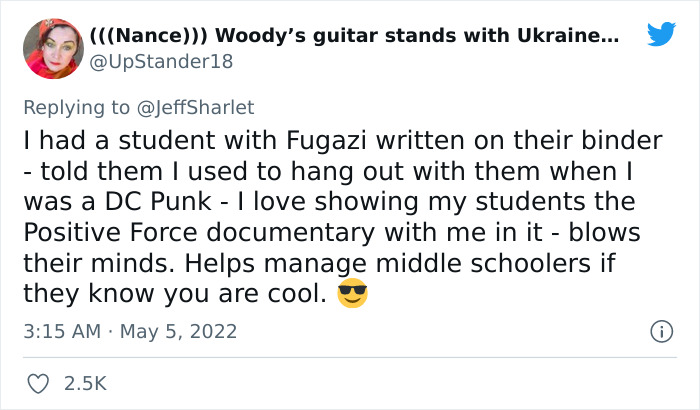 Sometimes it turns out that children like some old hits because of a fresh cover version. For example, as the author of one of the tweets says, her 13-year-old daughter asked how her mother liked “this new singer” – Whitney Houston.

Maybe the girl had just listened to the cover of the late singer’s song Higher Love, released in 2019, performed by DJ Kygo, which was very popular at one time, and increased teenagers’ interest in Houston’s work. Anyway, Whitney, older generations will always love you. 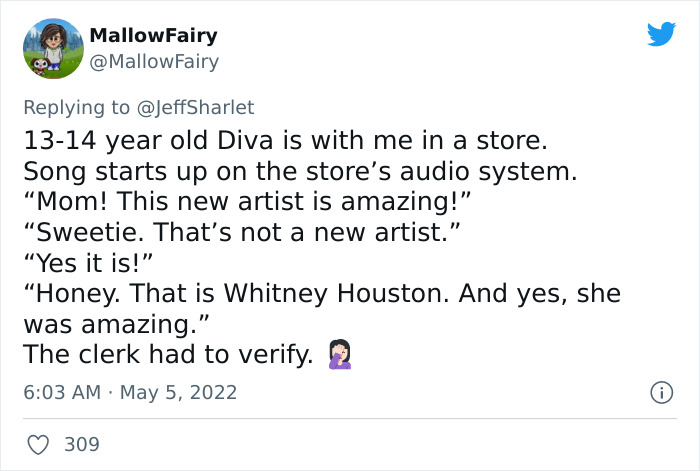 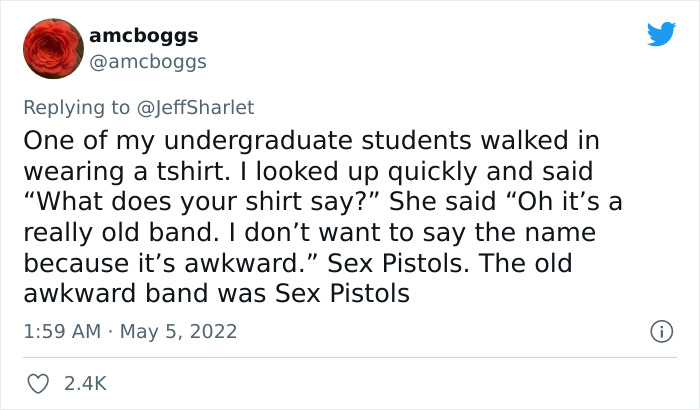 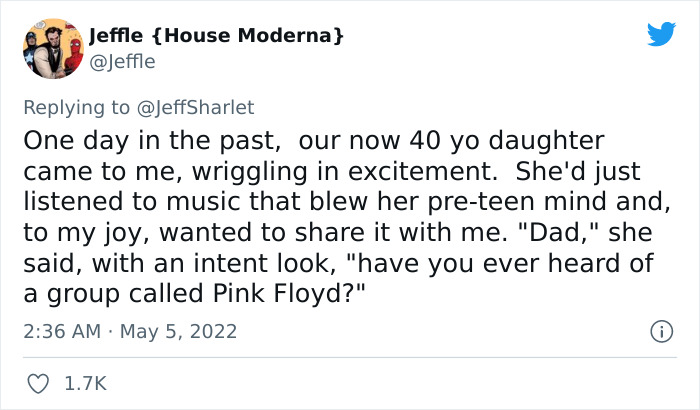 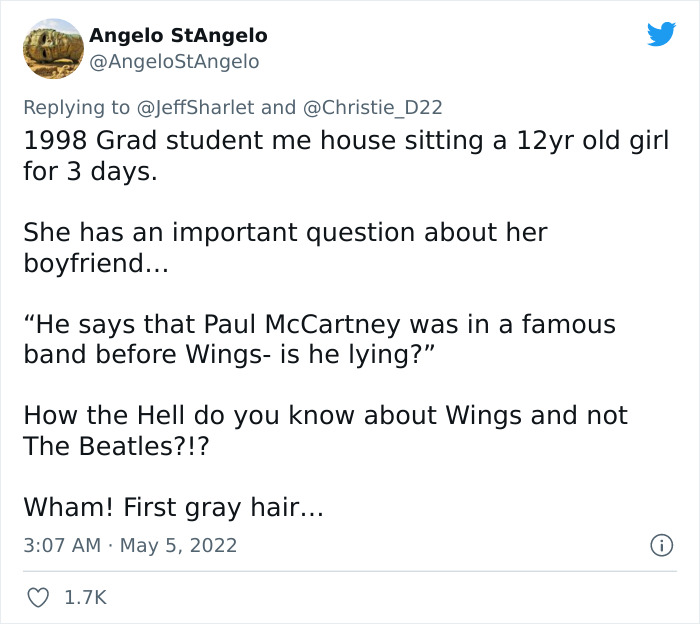 It’s so funny when young people talk about their “musical finds” to older colleagues – like the 51-year-old tweeter whose 18-year-old coworker once asked if he even knew about the existence of a band called Metallica. 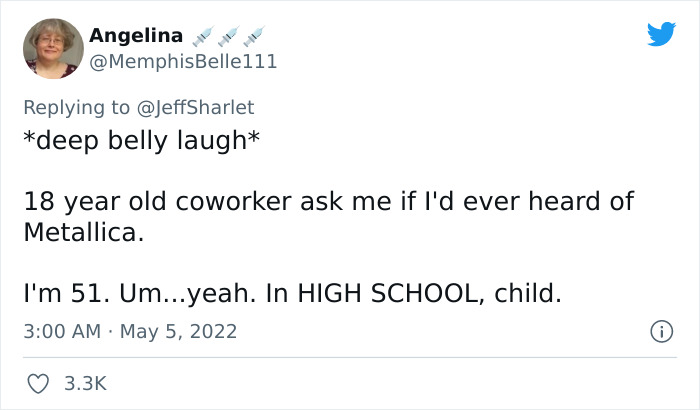 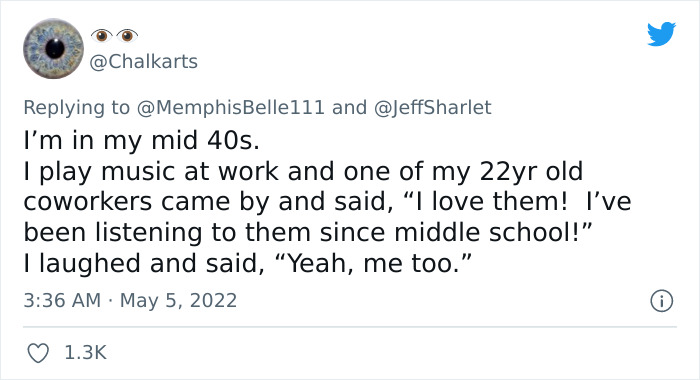 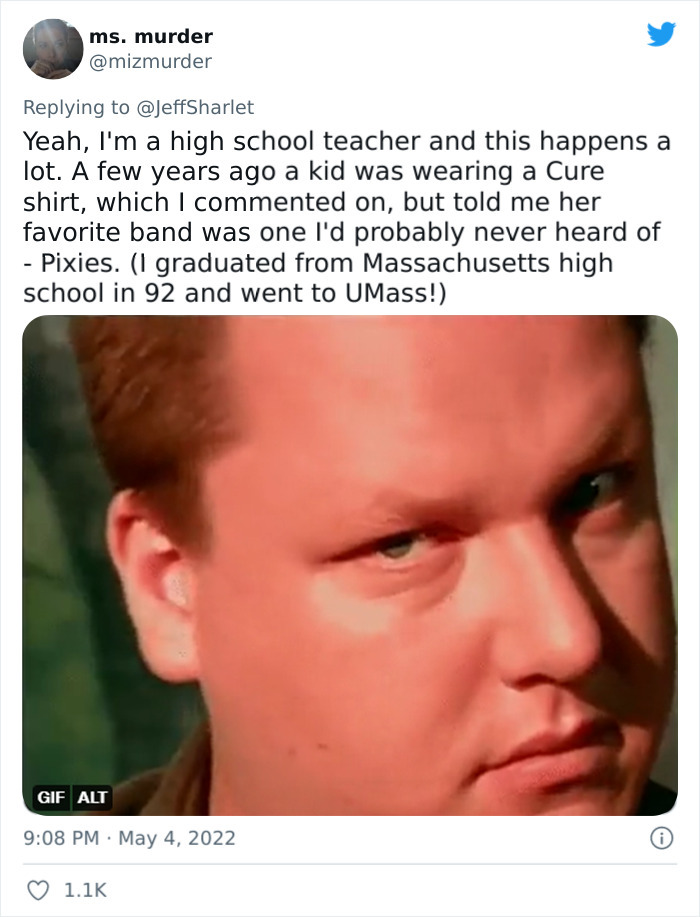 Some of the parents turn out to know music stars personally

And sometimes it even happens that parents whose children share their own “musical discoveries” with them personally knew the musicians – for example, like the author of a tweet who told his nephew how he hung out with The Clash musicians on the set of their video in the early eighties. 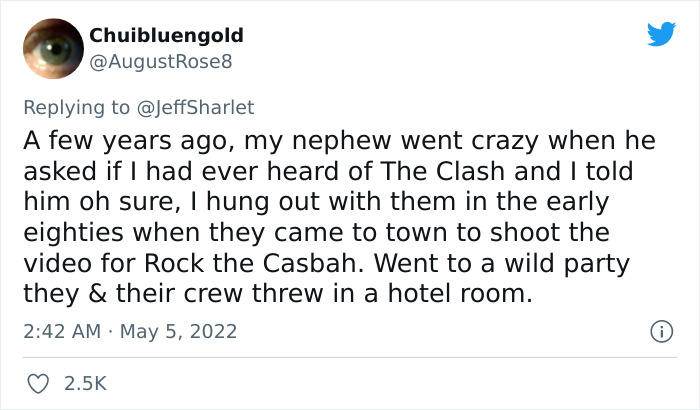 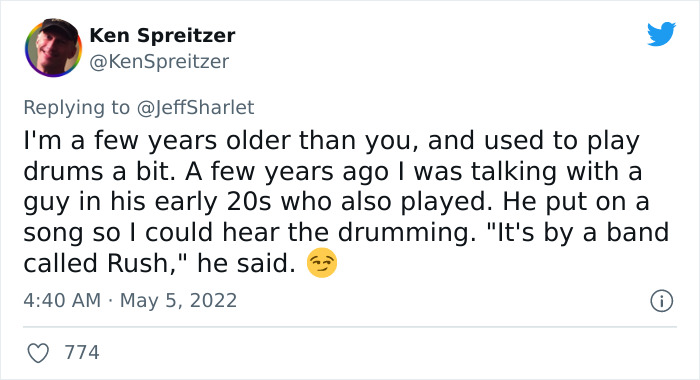 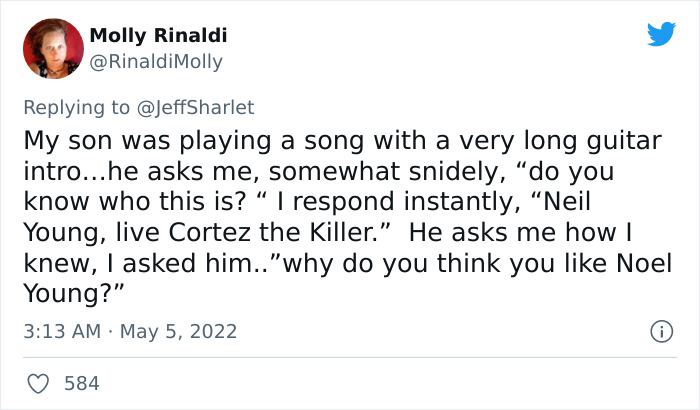 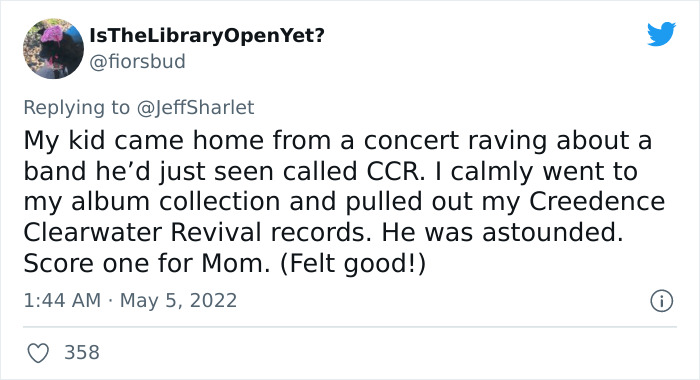 And, of course, teenagers are often dumbstruck when they hear how folks from older generations pick up the lyrics of a song that they just heard somewhere and can easily sing it to the very end. Indeed, as the author of one of the tweets correctly wrote – “I had a life before you too, kid!” 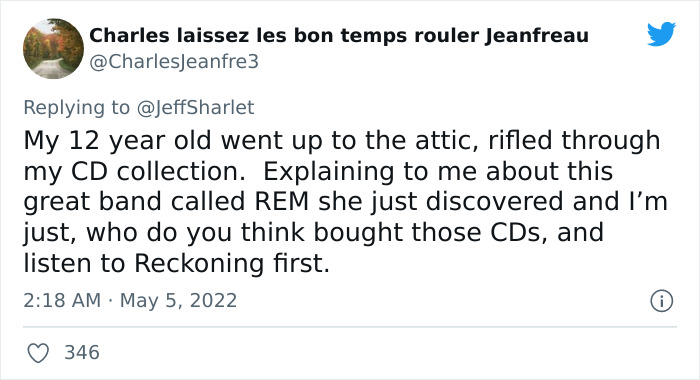 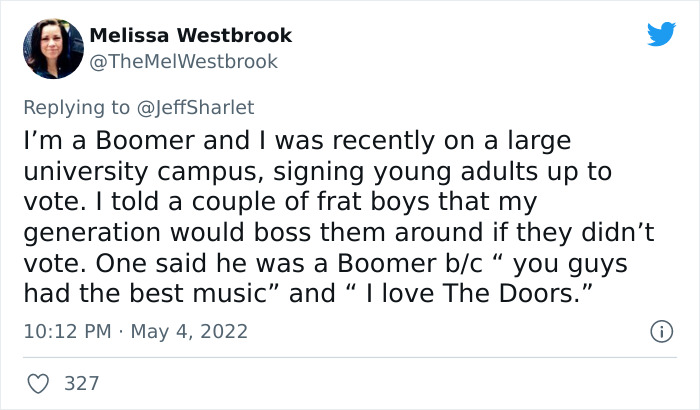 In any case, it’s always great when children are interested in really good music and suddenly find some common interests with their parents. In the end, a couple of decades will pass, and this generation’s own kids will come to them to share the joy of their new “discovery”, Lil Nas X or maybe Megan Thee Stallion… 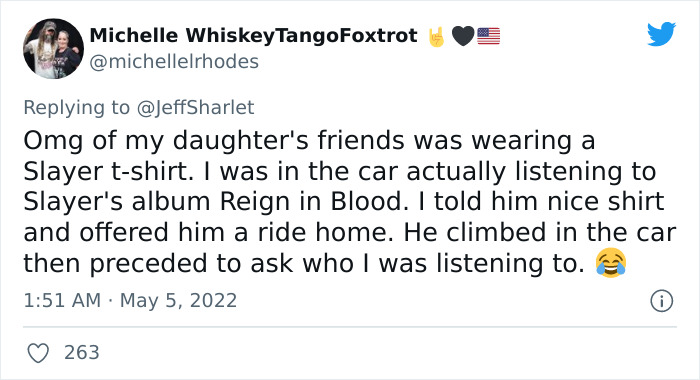 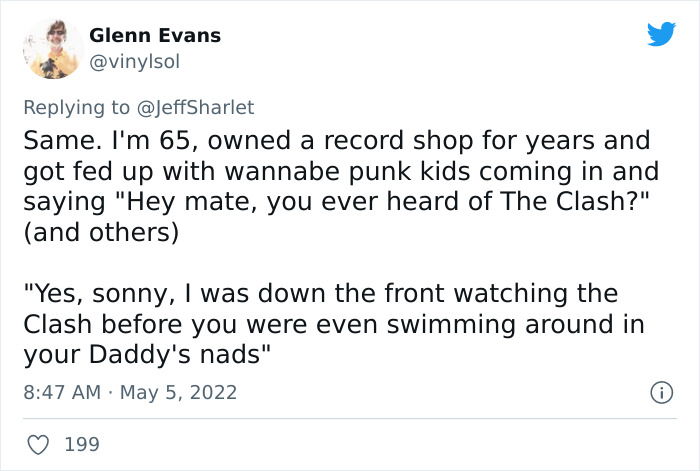 We’re pretty sure you’ve been in a similar situation, whether on the parents’ or children’s side. Either way, comments and your own stories are highly appreciated – after all, the show must go on.

The post 24 Times Teenagers Discovered “Good Old” Music And Were Surprised That Adults Around Them Knew These Bands Very Well first appeared on Bored Panda.