Whether you want to forget that drunken Vegas mistake or your ex’s name, there is a way to erase the past. At least from your skin.

Turns out, there are a lot of gifted artists who are able to transform unfortunate designs into beautiful works of art. Yes, there are limitations, and yes, sometimes the end result might not be what you had in mind initially, but as we at Bored Panda have already shown, a tattoo cover-up is a great alternative to laser removal and can help you regain confidence in your looks.

But in case we haven’t completely sold you on it (or we have but you just want to see more stunning examples), here’s a reminder. Or rather, a whole bunch of them! 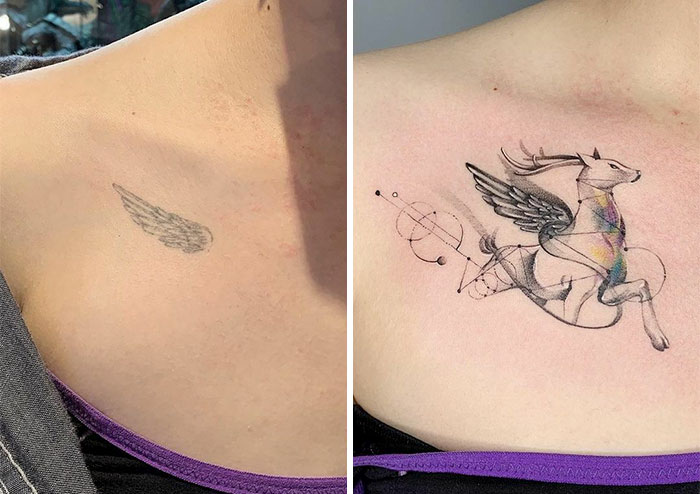 One of the artists whose works appear on this list is Min. They’re from Taiwan and realized they wanted to do tattoos for a living when they were about 19 years old. “I found that I had chosen the wrong direction in my studies,” Min told Bored Panda. “This forced me to really think about where I should where I should be taking my life in the future.”

“Because I’ve been a fan of drawing since I was a child, I eventually stumbled upon the tattoo world and I was simply fascinated by it. Pretty soon, I made up my mind to enter it myself.” 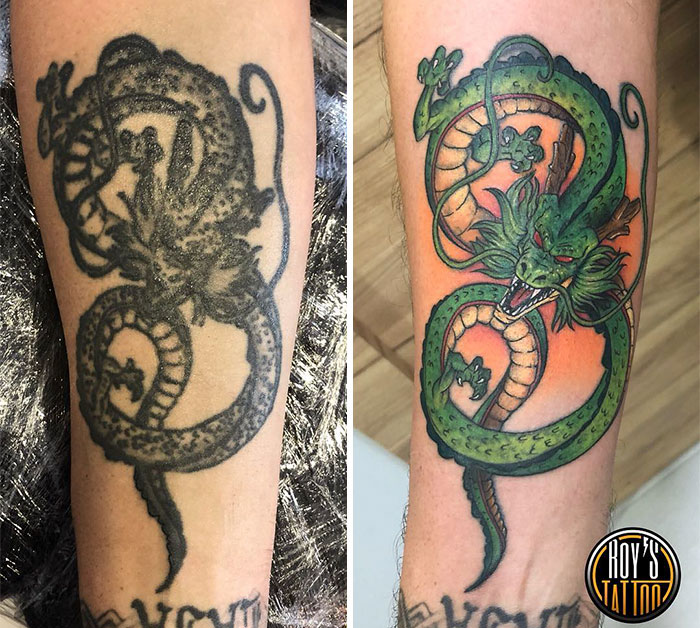 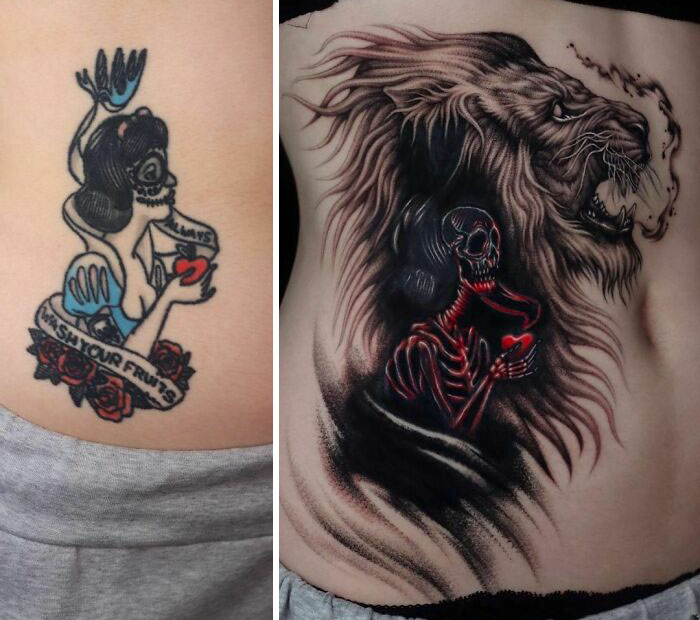 Min took things seriously around 5 years later when they were 24 years and had just finished their military duty. Now, the artist has developed a really unique style, playfully exploring geometry. “It’s quite rare to see someone working in a similar fashion in Taiwan. There are many pros who can come up with geometrical designs but in my opinion, geometry can’t be dull, so I try to make it vivid on the skin.”

“This is actually what I have been learning the most during my career.” 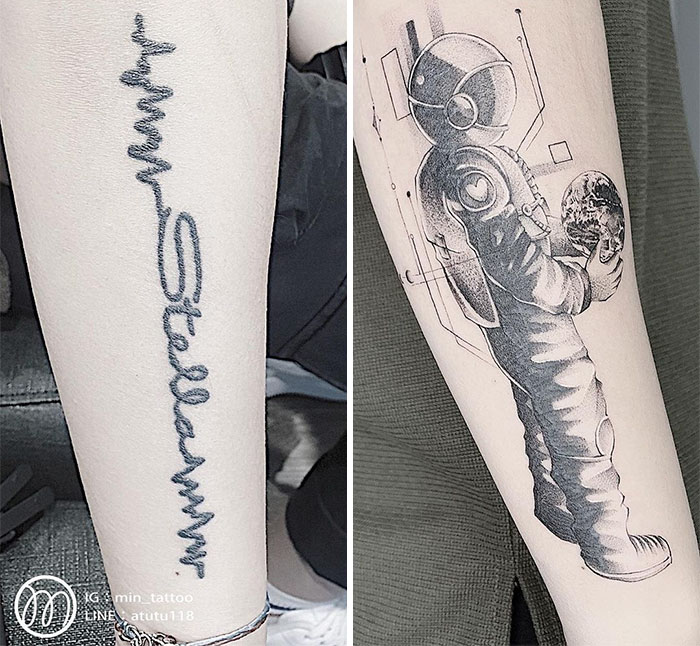 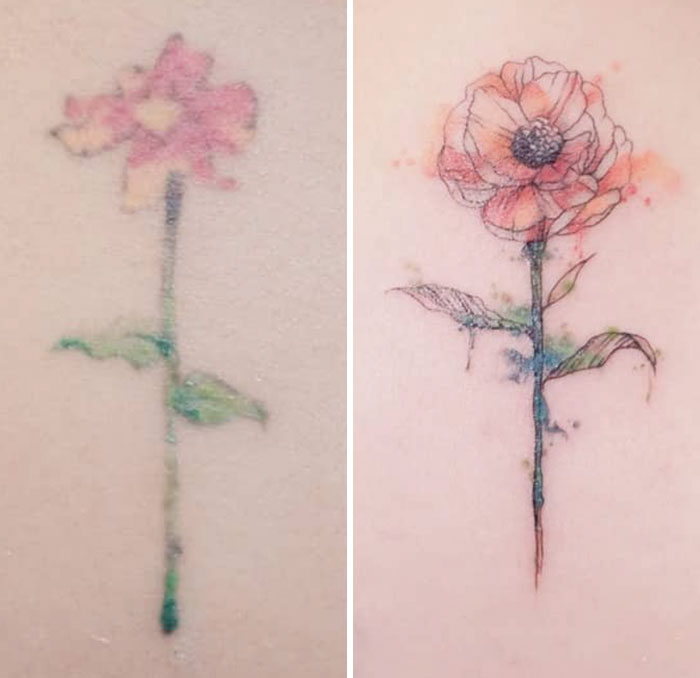 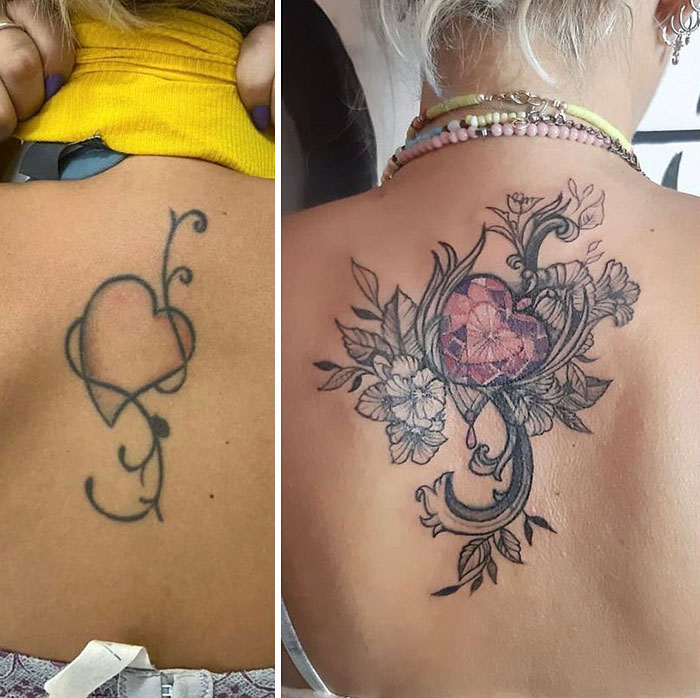 Cover-ups are a world of their own and whenever Min is working on one, they keep ‘dancing’ between the original design and the desired composition but as long as the artist follows their heart, sooner or later everything comes together.

“There are many limitations when you’re doing a cover-up and it requires thinking outside the box but that’s what makes it so exciting and rewarding,” Min explained. 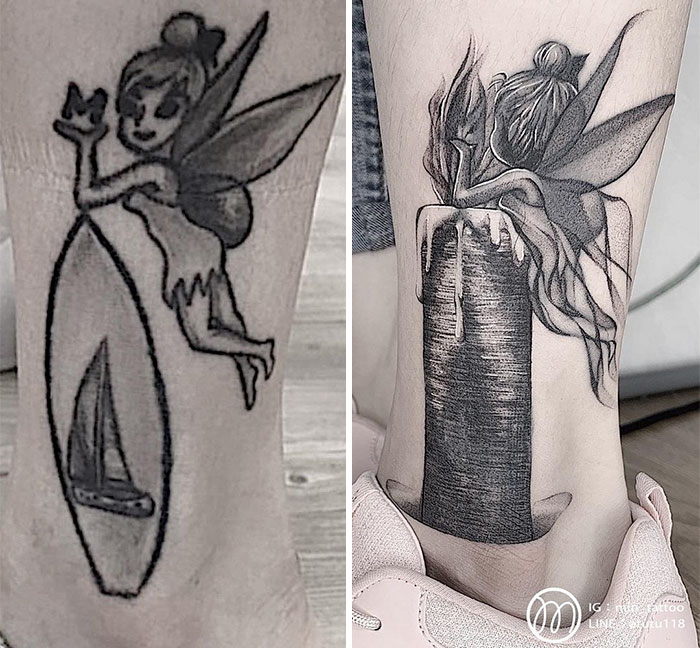 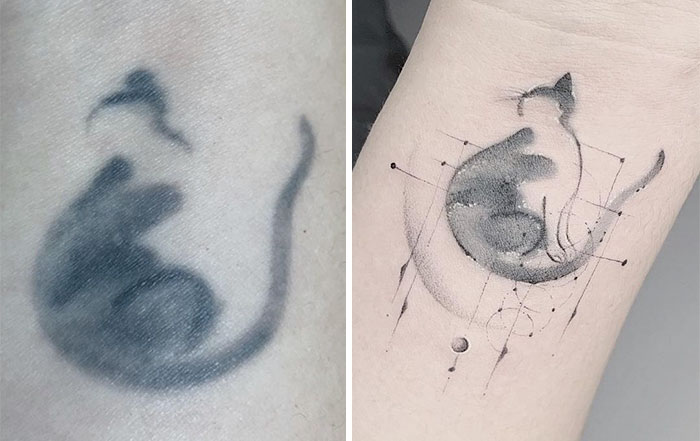 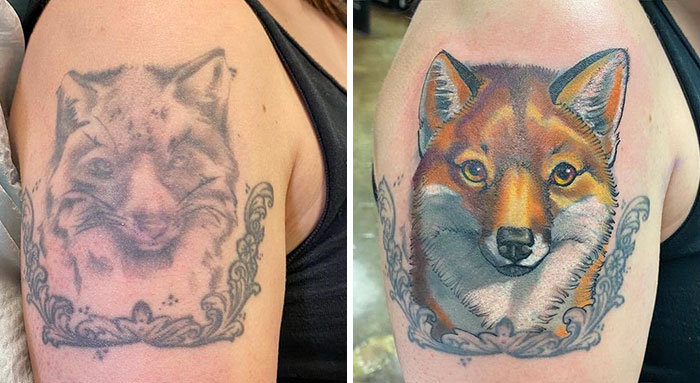 To understand what makes this process so delicate, consider this: when a person gets their first tattoo, the needle deposits the ink into the dermis layer (below the epidermis), at least one millimeter from the surface of the skin. The ink of the cover-up tattoo goes into the same location, so it’s actually mixing with the old ink. The result is the combination of the two.

For example, if the person had something tattooed in red and an artist applies blue for the cover-up, it’s going to come out purple. Darker colors dominate lighter ones, so black is usually the preferred choice in cover-up work.

It’s a territory that many tattoo artists don’t even enter! 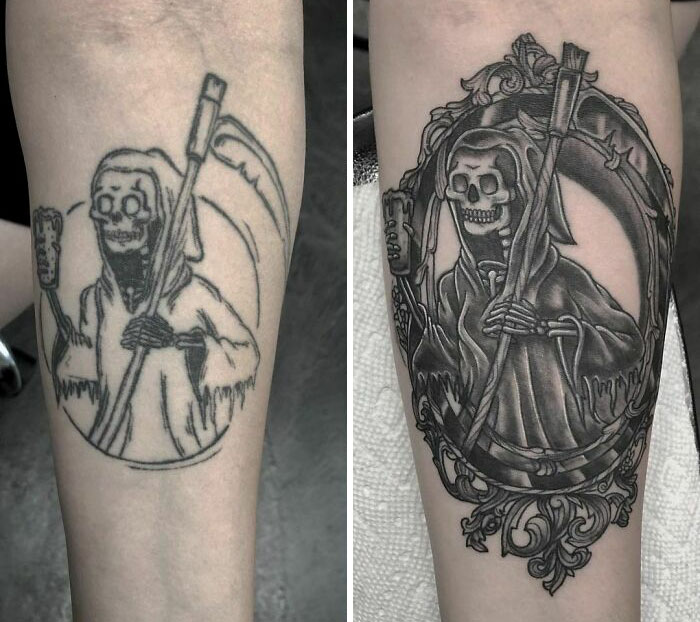 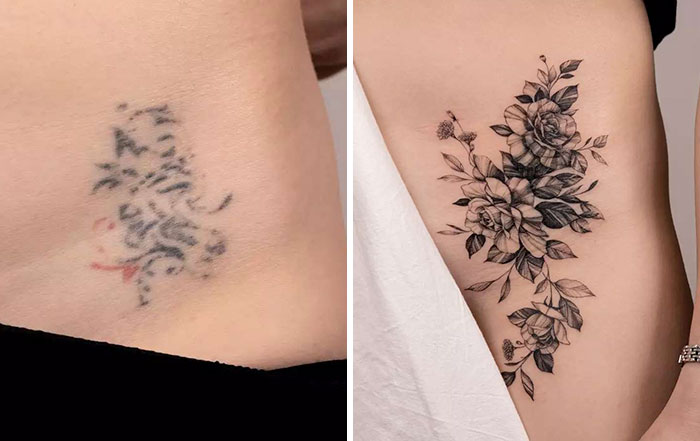 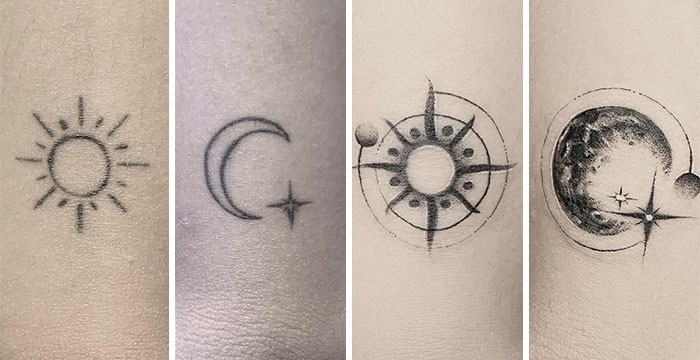 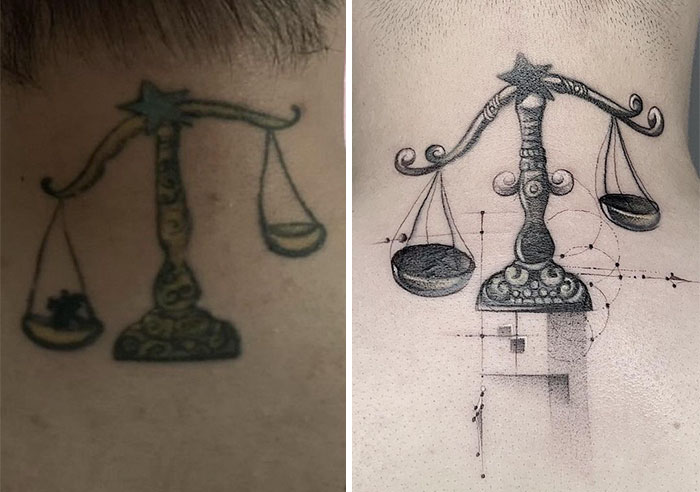 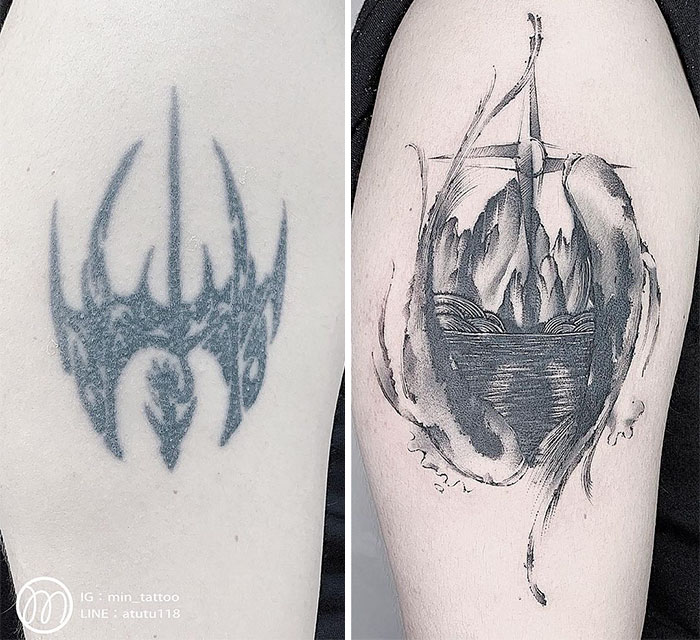 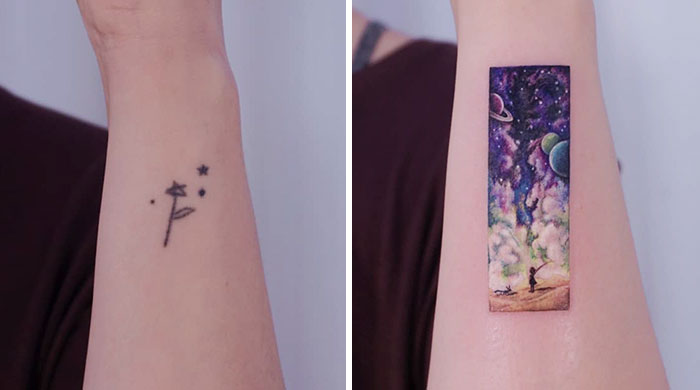 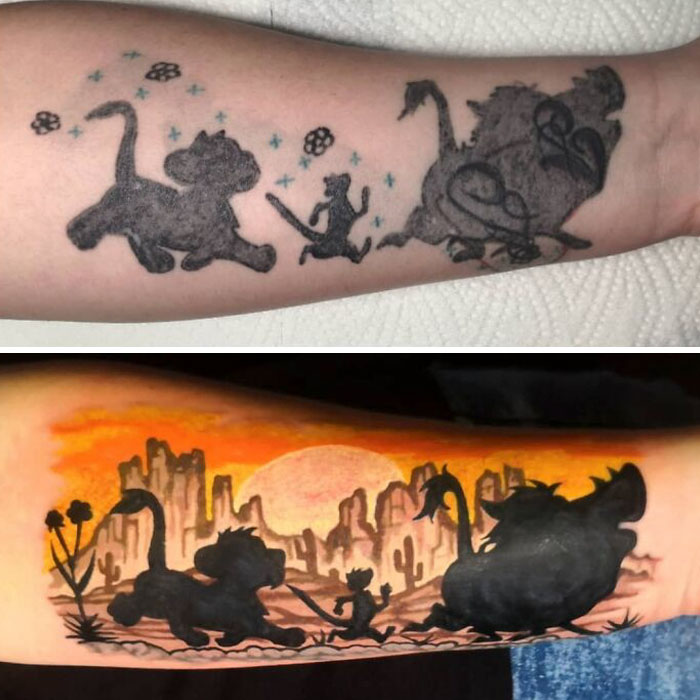 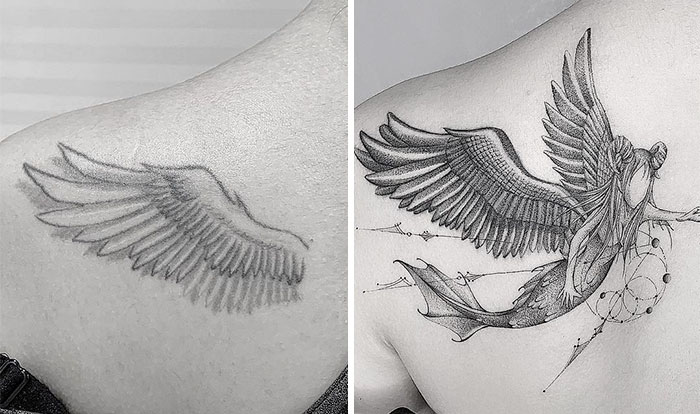 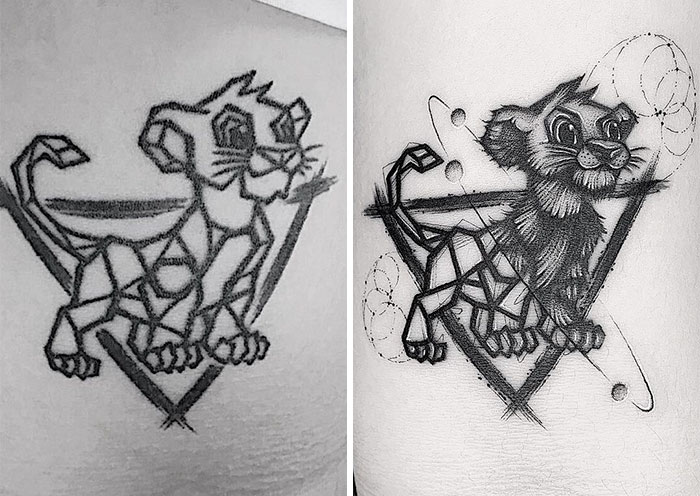 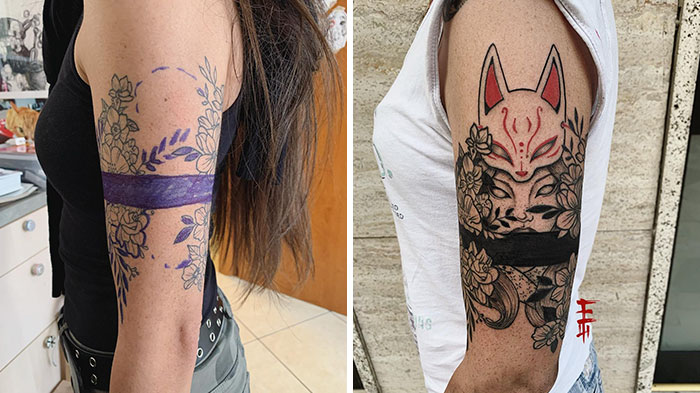 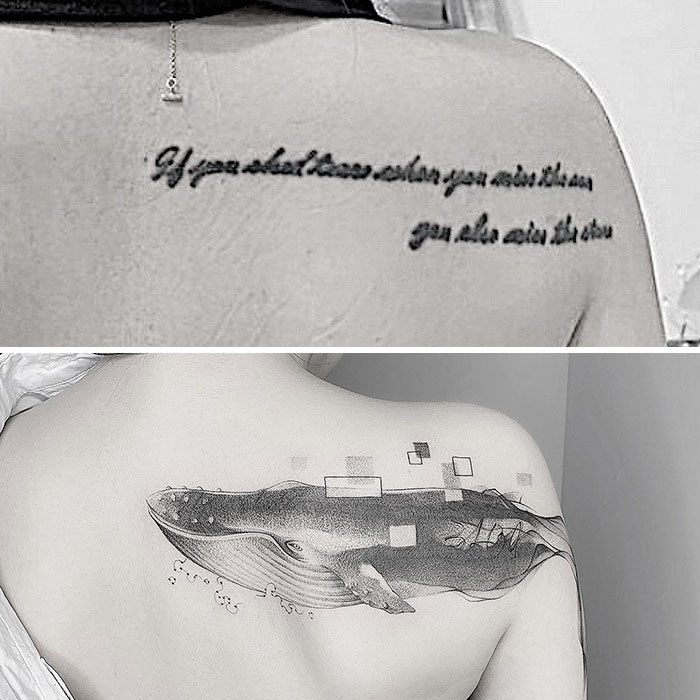 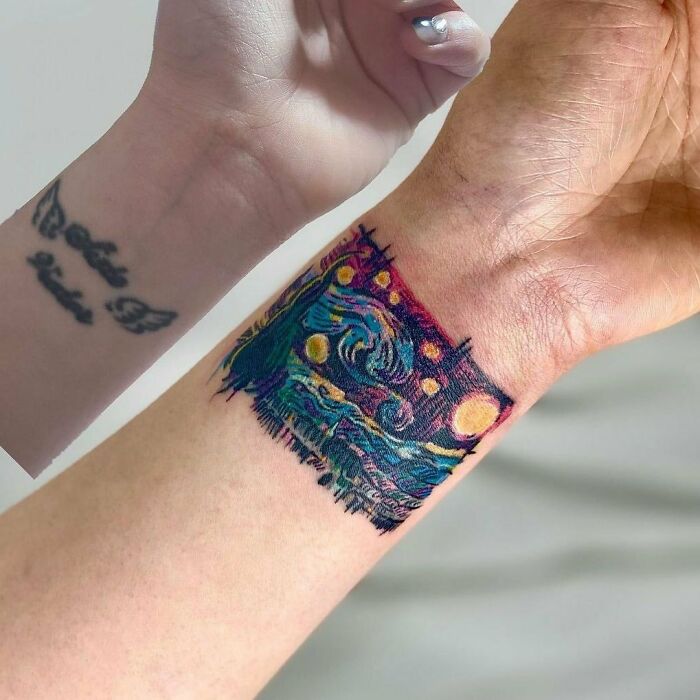 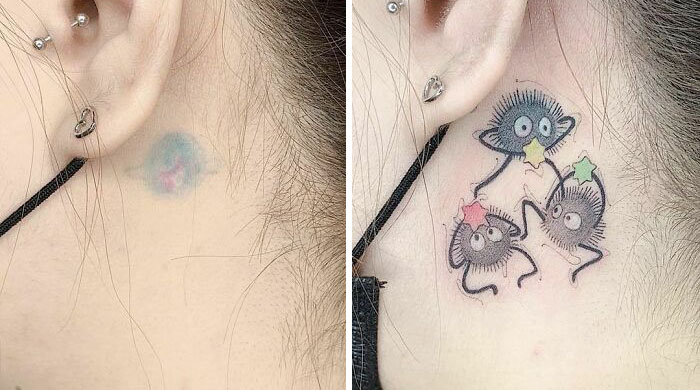 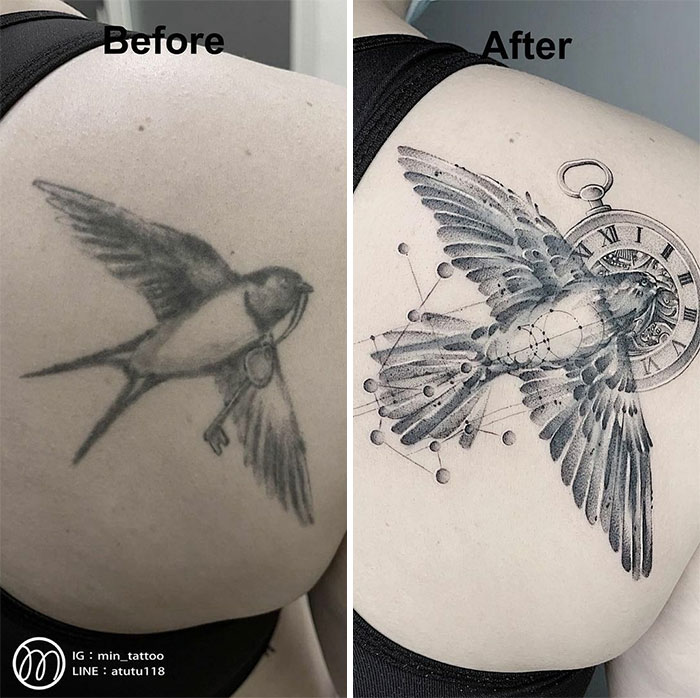 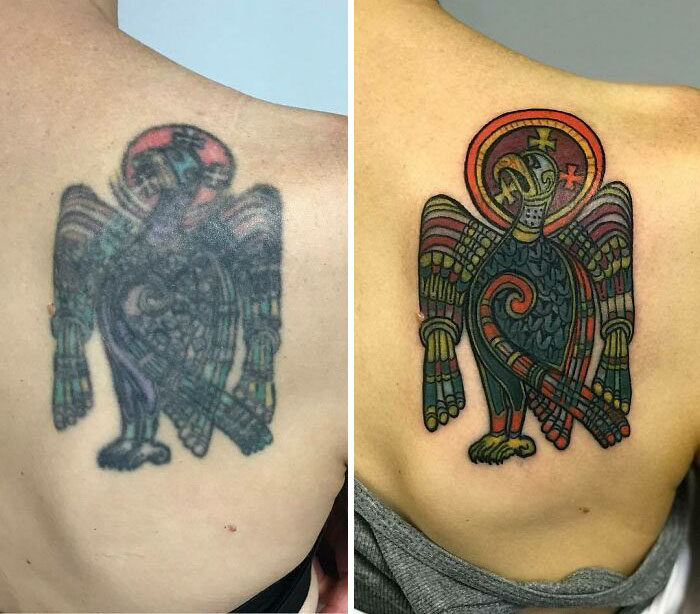 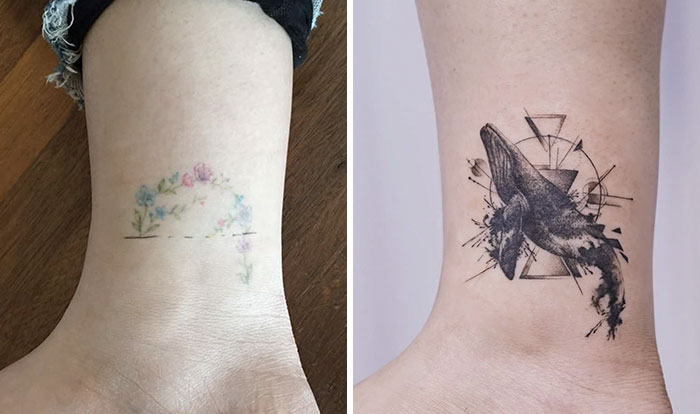 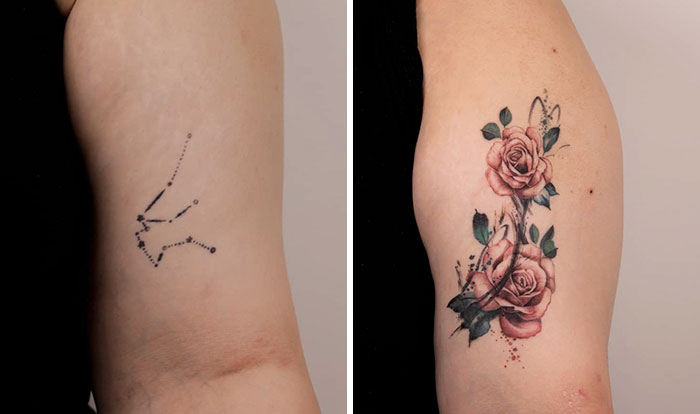 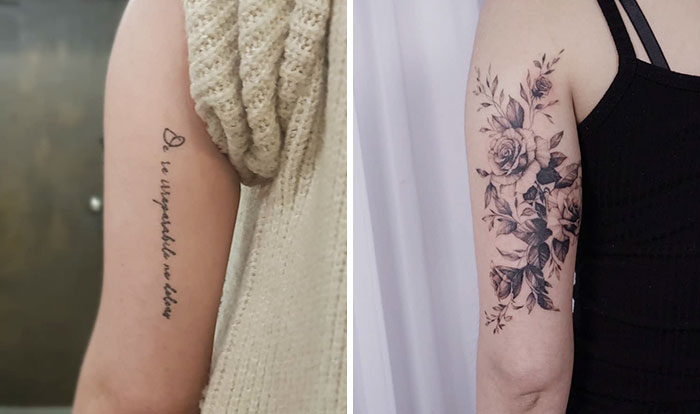 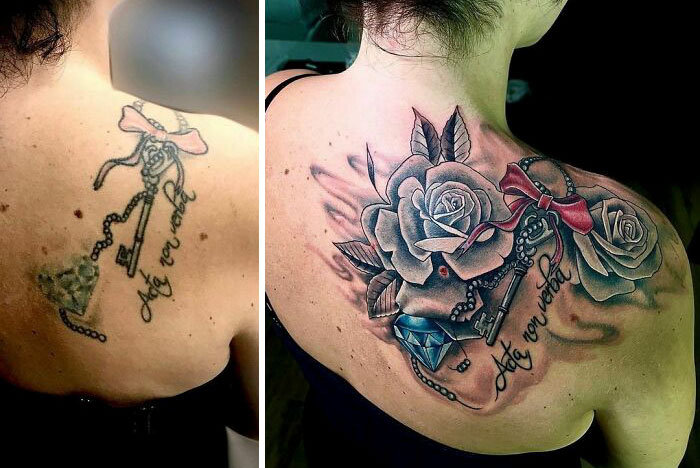 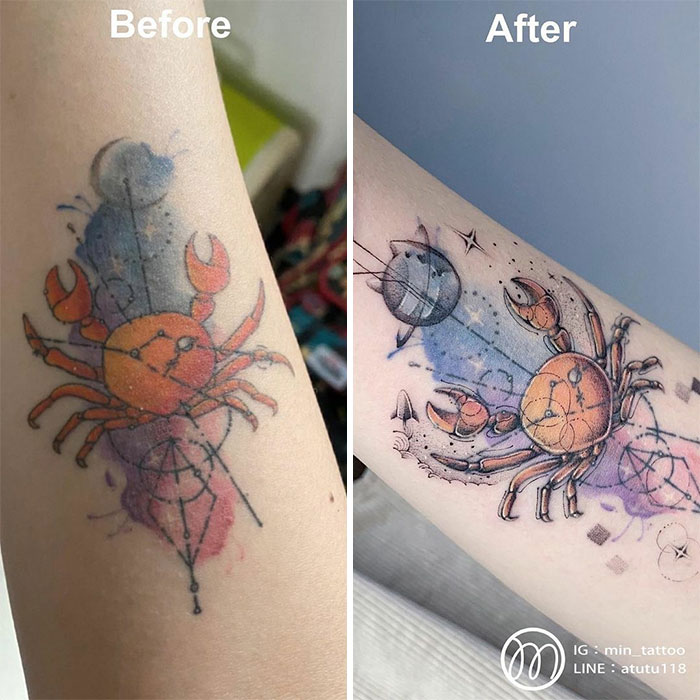