Some may say that the temporality of life is what makes it so special and precious, but it is never fun when good things come to an end, especially when a kind, loving and down-to-earth person like Betty White had to leave this world. She passed away in peace on December 31 last year at her home in Los Angeles and when people heard about the news, they wanted to share just how much they loved her.

Many celebrities went to their social media to give tribute to the legendary actress and we gathered them in one place. They remembered their own interactions with Betty, some shared photos taken with her and dedicated kind words to her. We invite you to look through the tweets and don’t forget to find a tissue before you do. 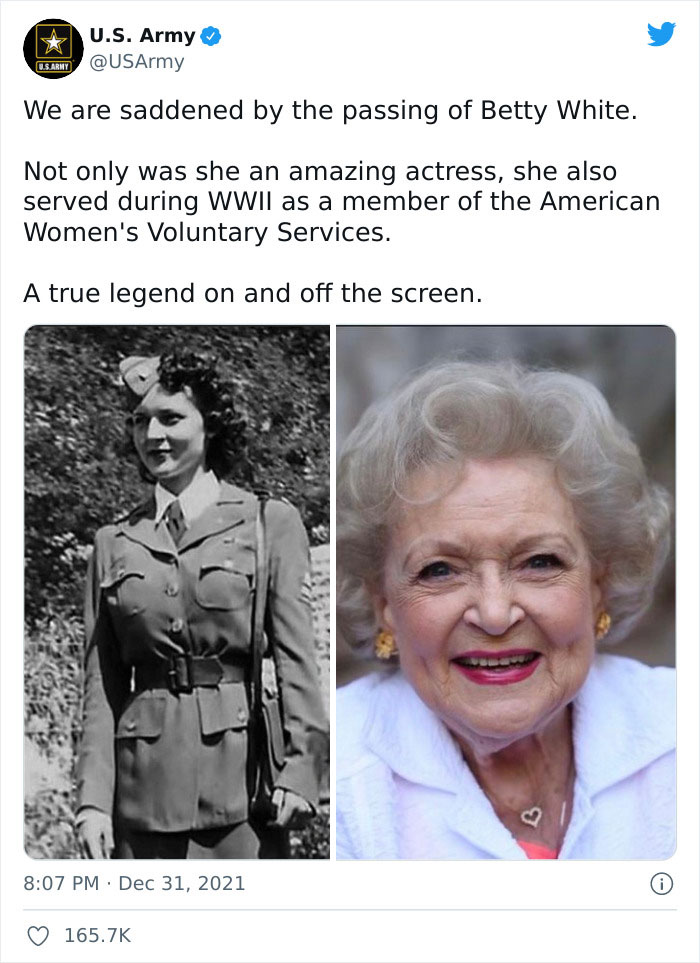 Betty White was born in 1922 on January 17, so she was 99 years old on the day of her death and would have turned 100 a couple of weeks later. Bored Panda has a fun article about what are the inventions that Betty is older than and you can find it here.

If it seems that Betty has been on your TV screens since forever, you’re not completely wrong. She actually has her name written in the Guinness Book of World Records as having the longest television career as an entertainer. 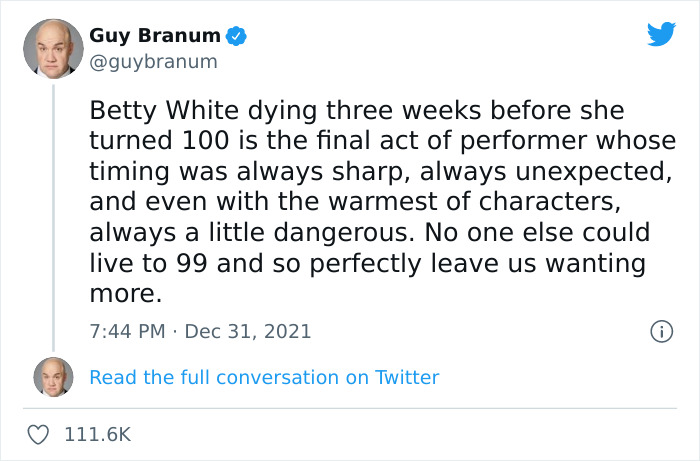 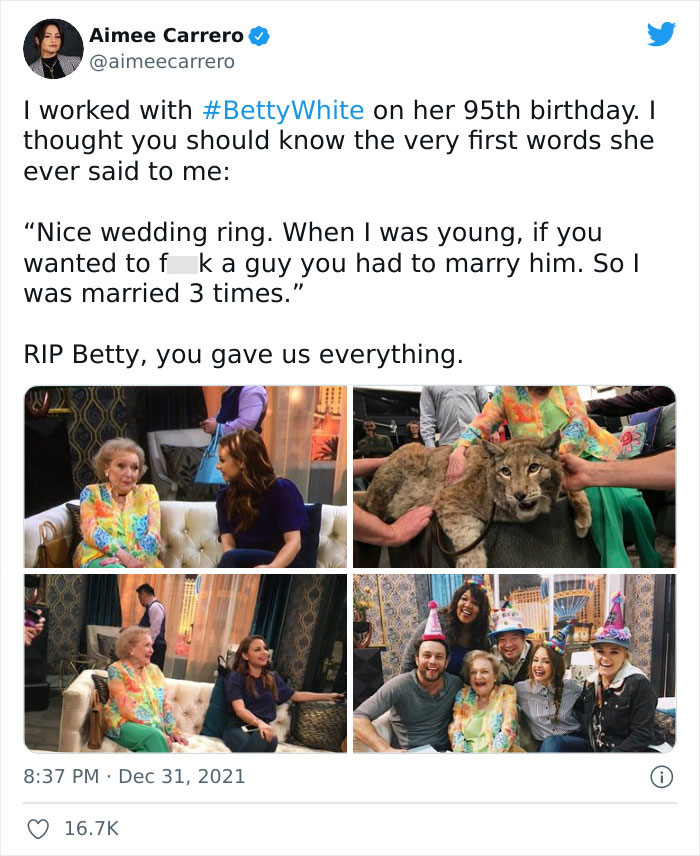 Through those years she won 6 Emmy Awards, 3 American Comedy Awards, a Grammy Awards, a Teen Choice Awards and many others. The first Emmy she ever won was in 1975 for best supporting actress in the critically-acclaimed sitcom “The Mary Tyler Moore Show.”

She was such an icon and a very well-known and awarded actress and TV personality, but what she wanted to do after graduating was actually being a forest ranger, however at that time women weren’t allowed to serve as rangers. So working on a school play she discovered that she enjoyed being a performer, and that led Betty to decide to focus on that career path. 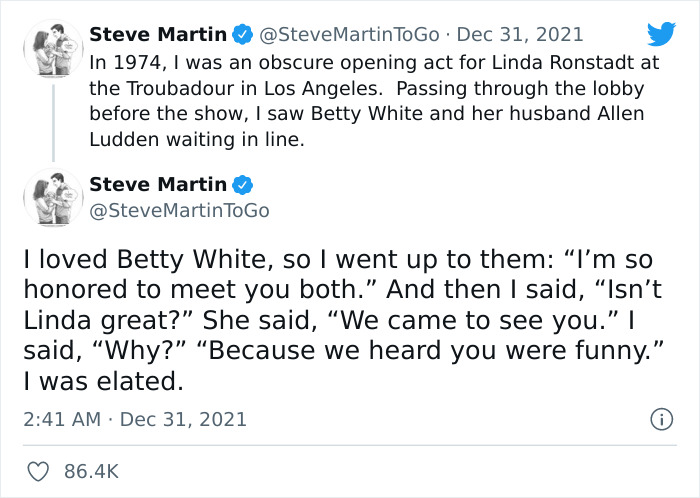 For a while Betty had to put a pause on her career because World War II broke out. Looking through this list you may notice that there is a tweet by U.S. Army. It is because Betty volunteered for the American Women’s Voluntary Services during the war.

She had to drive a PX truck and bring military supplies to Hollywood Hills and she also remembers how they danced with the troops who were set to go overseas. Her comment about that time was “It was a strange time and out of balance with everything.” 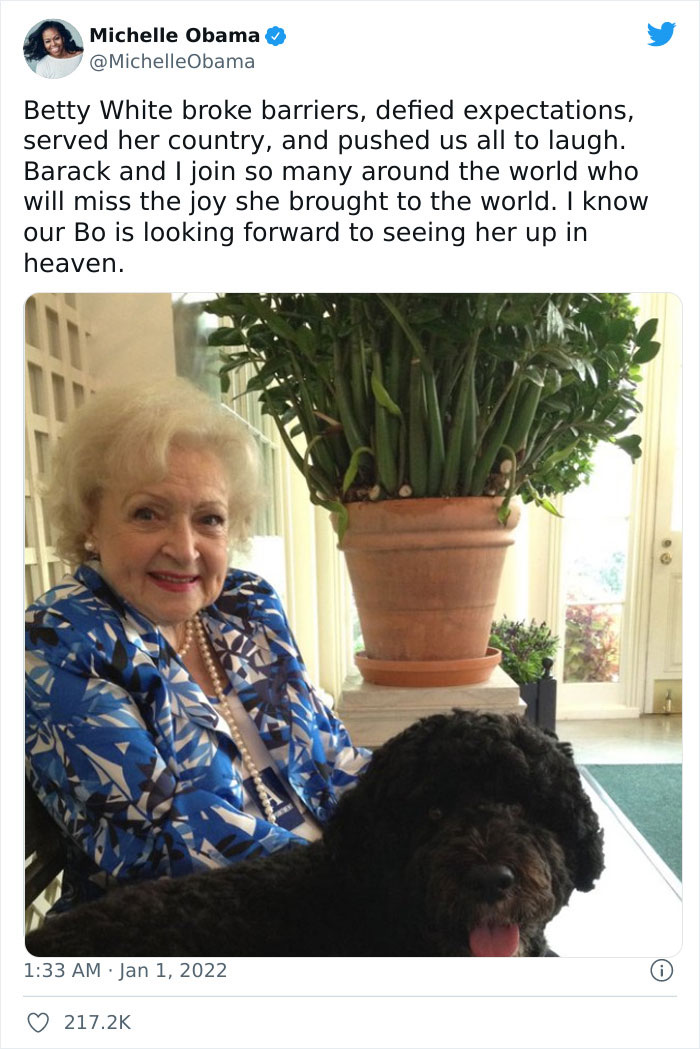 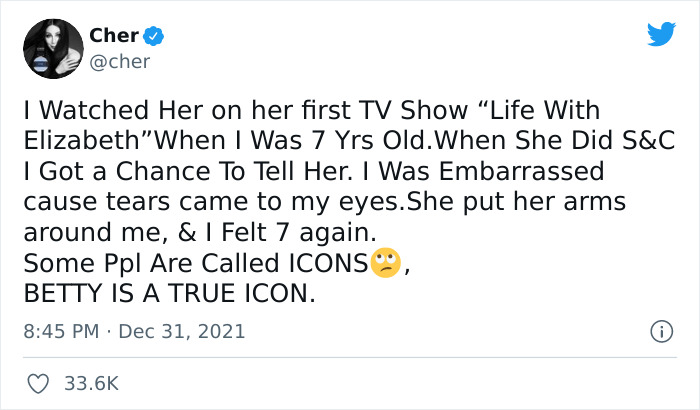 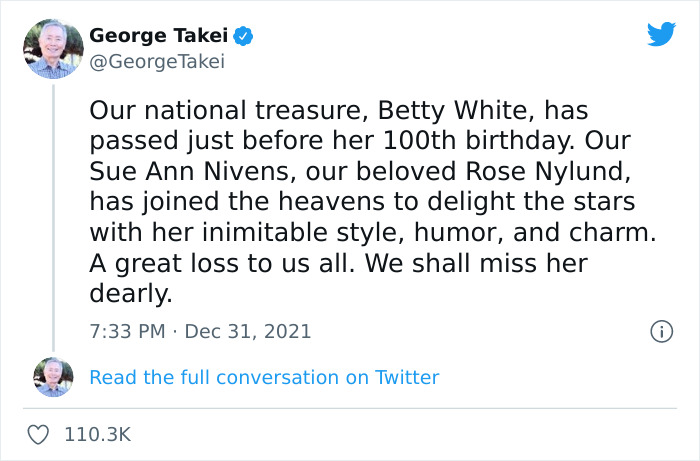 As for many great actors, the start wasn’t easy for Betty either. She was denied roles in movies because she was not photogenic enough. That made her go to the radio where appearance didn’t matter.

Her talent was recognized and Betty was getting more time on air, was given her own show and eventually started appearing on television. Betty proved to be a very successful show host and was the first woman to win a Daytime Emmy Award in the category of Outstanding Game Show Host. 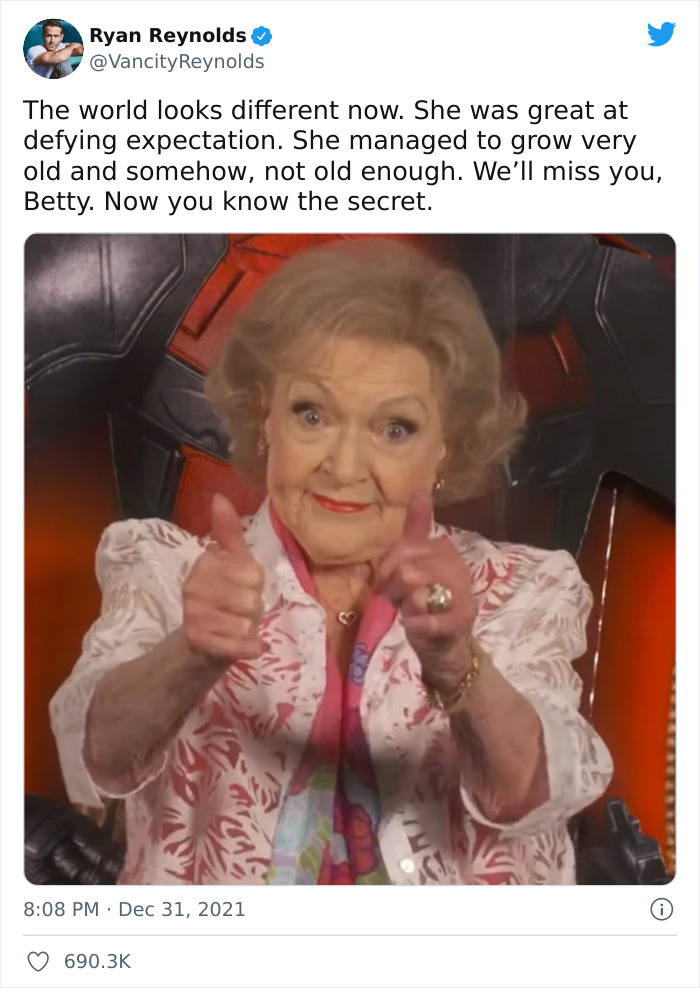 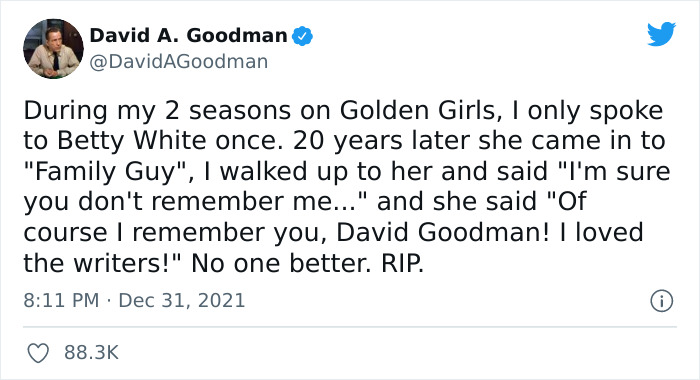 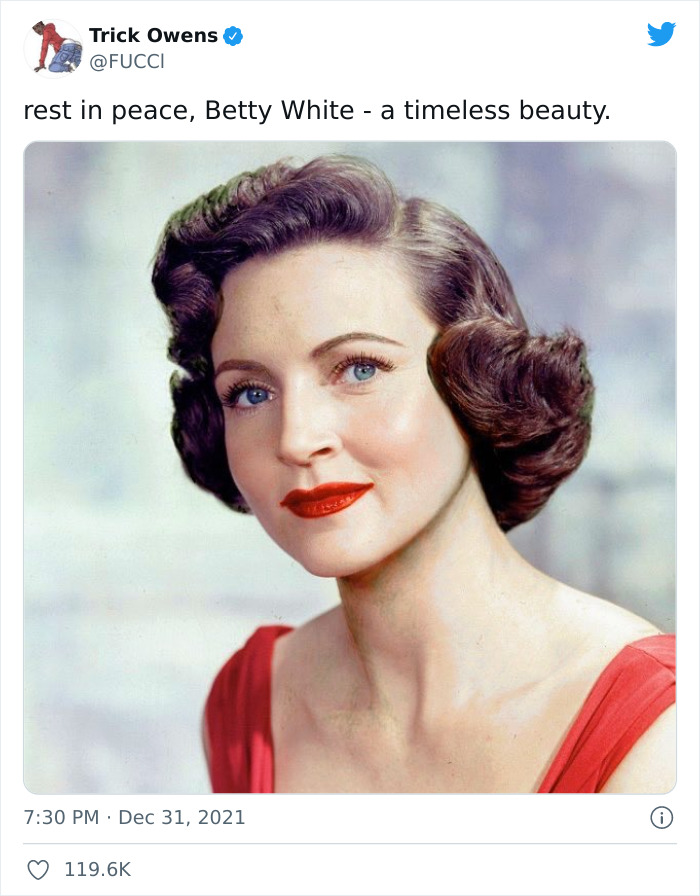 Not only her talent was recognized but what a loving and kind person she was. It is evident in the amount of posts on social media there are in her honor. From people who knew her only through the screen, from people who grew up watching her and from people who actually had the pleasure to meet her in real life.

We would like to know what are your memories about Betty White and what you loved her for the most. Let us know in the comments and upvote the celebrities’ posts that you feel express what you feel most accurately. 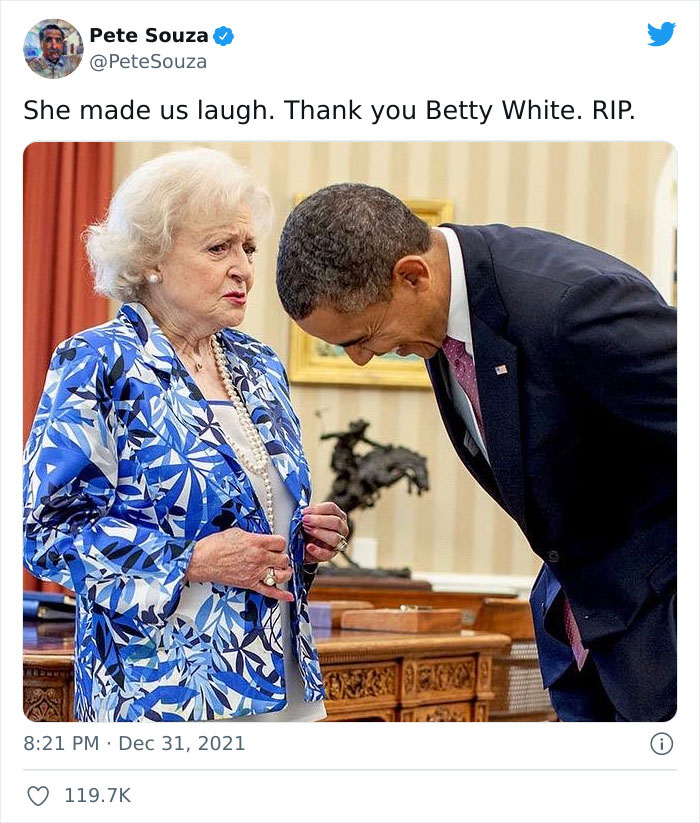 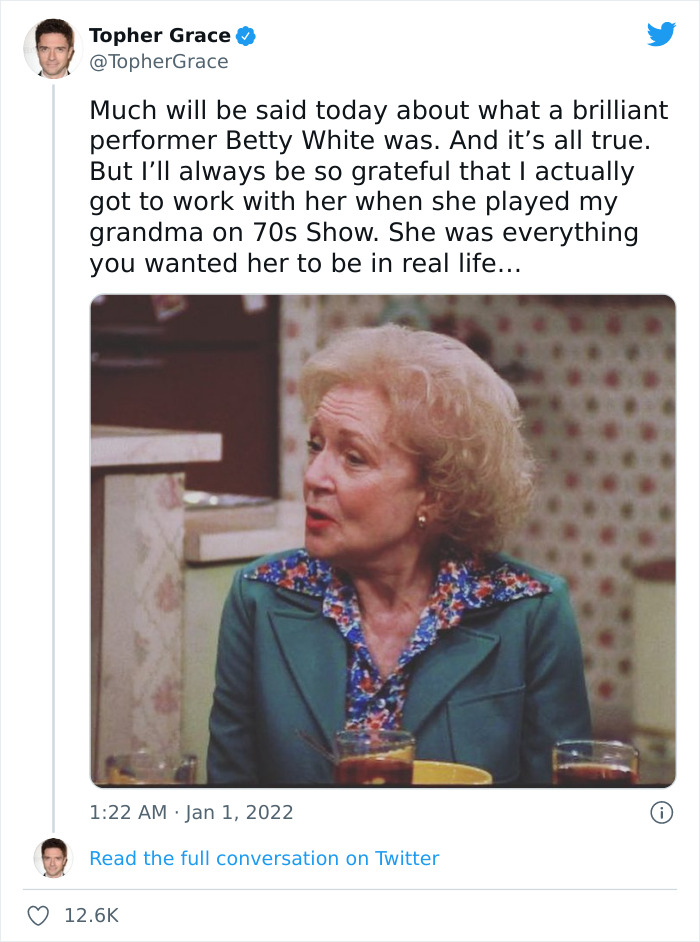 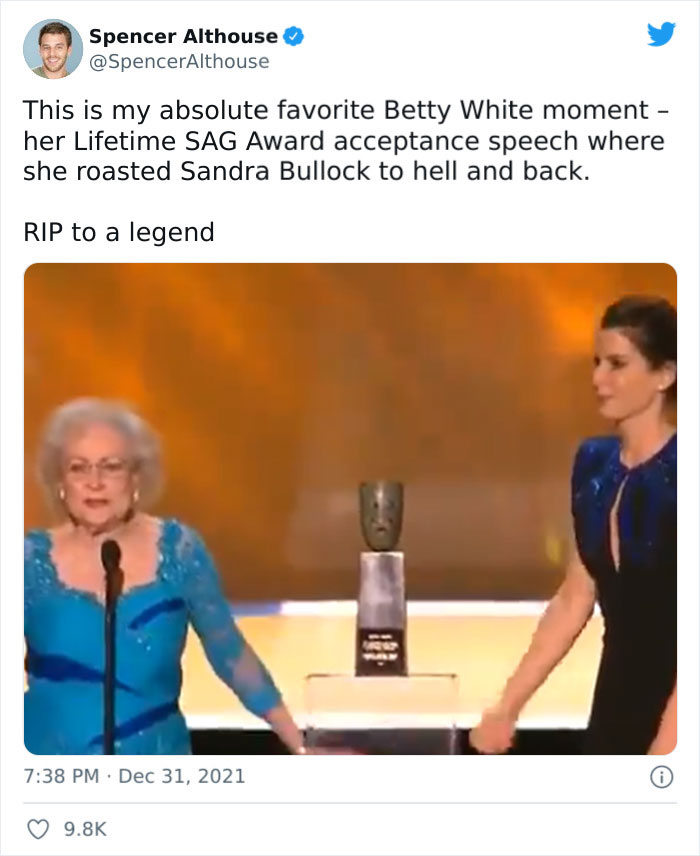 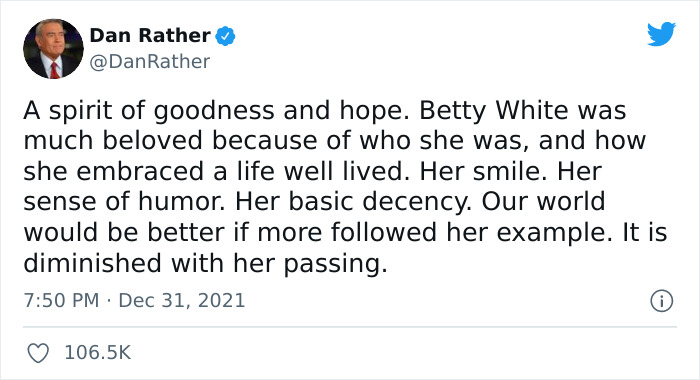 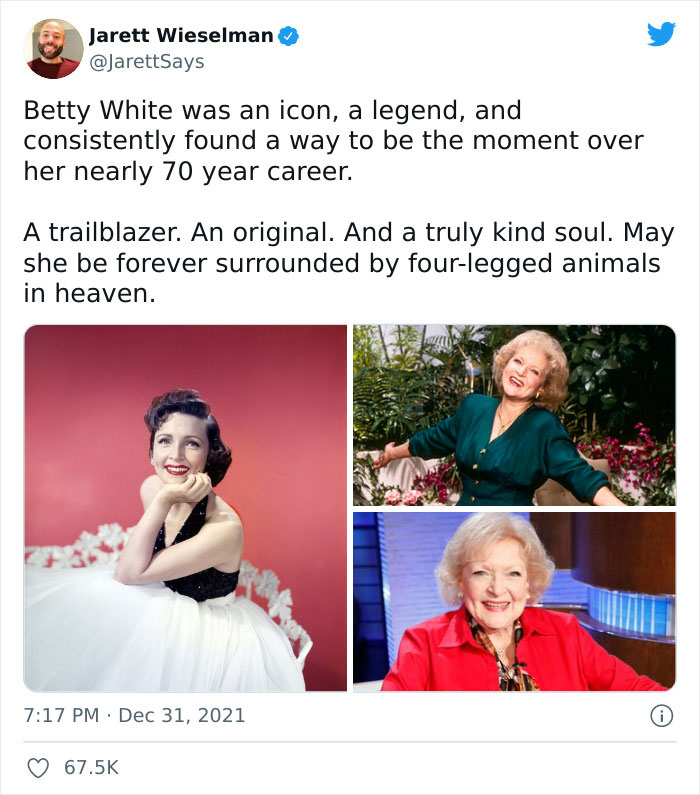 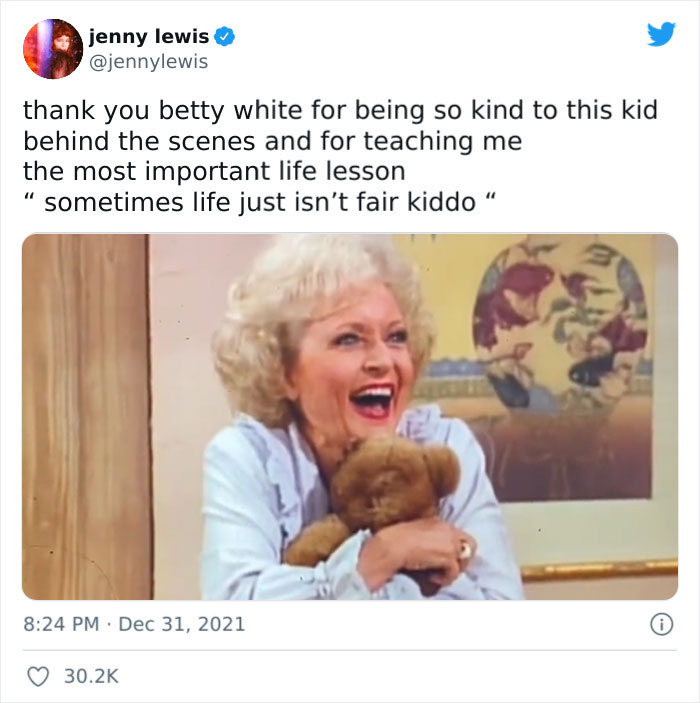 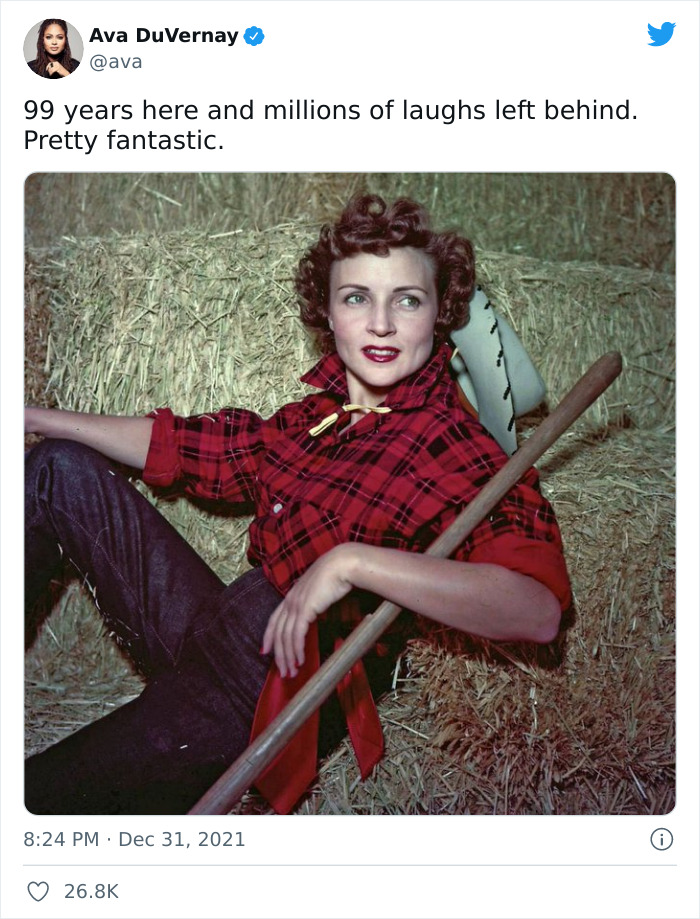 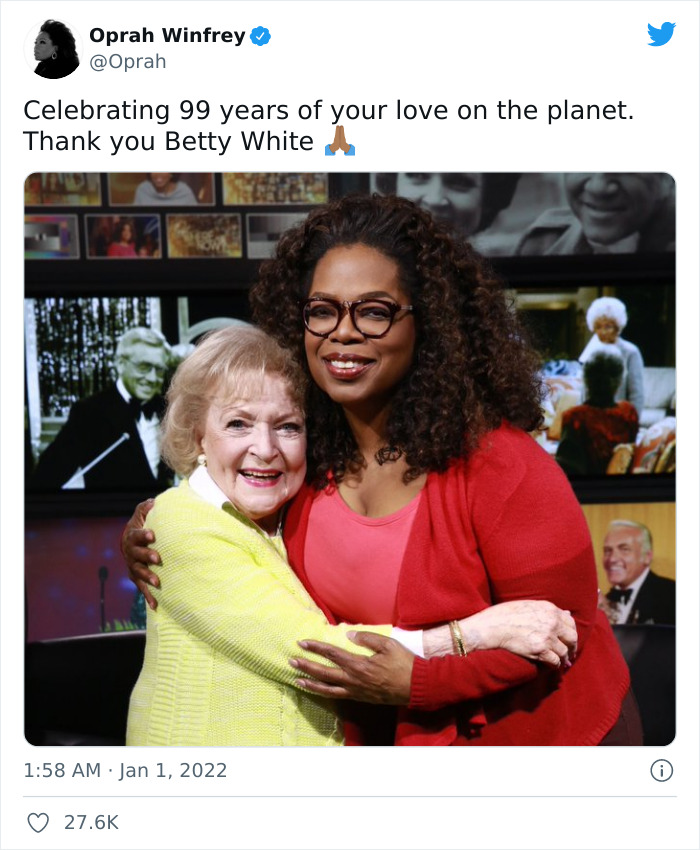