With Thanksgiving finally over, we all had the chance to remind ourselves of just how weird our families are. The phenomenon is quite well known—it may not seem like a big deal to you, but to your friends, coworkers and outsiders in general, you may resemble a bunch of weirdos.

So when Jimmy Fallon tweeted “It’s Hashtags time!” and asked everyone to share “a funny, weird, or embarrassing thing a family member has done or said” for his new challenge, it was destined to go viral. So today we’re diving into some of the weirdest, silliest, and most hilarious #MyFamilyIsWeird stories people tweeted and it’s one hell of a chuckle ride.

Buckle up, scroll down, upvote your favorite tweets and share how weird your own family is in the comment section! After you’re done, there’s more of the funniest “My Family Is Weird” stories from 8 months ago waiting right here for your amusement. 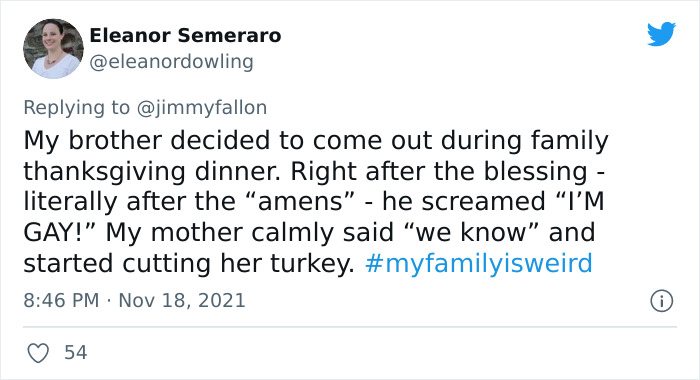 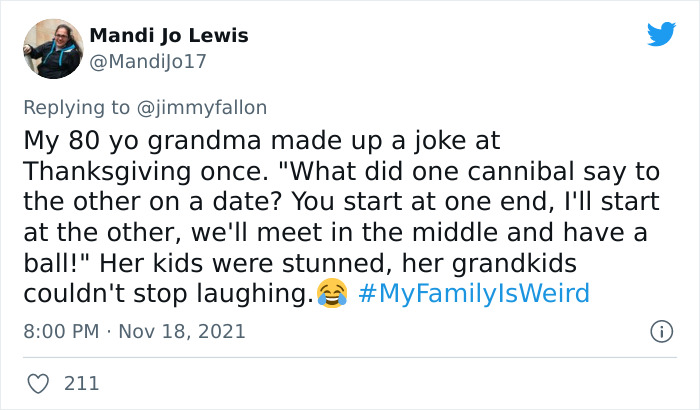 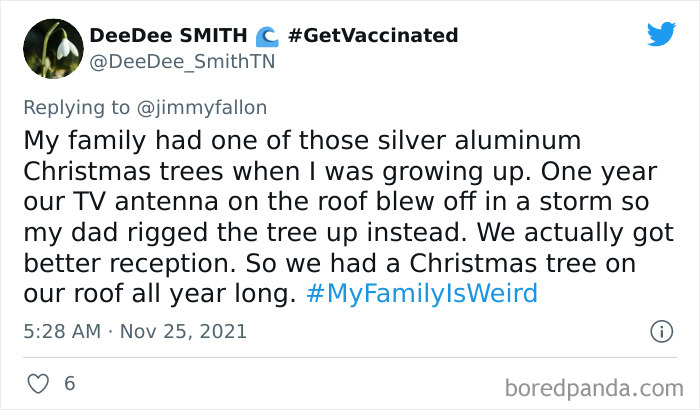 Jimmy Fallon’s hashtag challenges for The Tonight Show on NBC are among the most popular sketches on the show. Every Thursday, the Brooklyn-born comedian invites the Twitter community to share stories on one of many requested tags—from #KidQuotes to #DescribeAMovieBadly. He then reads them out loud on the show, making everyone burst into laughter. 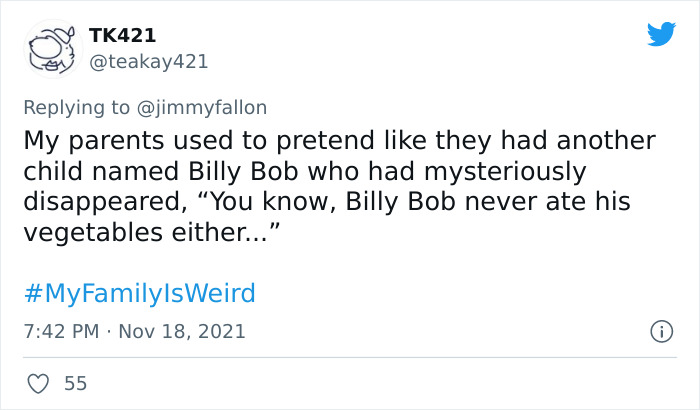 But not everyone is impressed by the trend of spelling hashtags out loud. One particular skit by Fallon seven years ago caught the attention of Chris Messina, the founder of the hashtag. During the sketch, Fallon and Justin Timberlake talked about mundane things, “hashtagging” everything until the discussion made little sense. Messina commented that “what Fallon has depicted is actually how teenagers are talking now… and I’m kind of like, ‘Oh God… what have I done?’” Is it really so wrong to have a tiny bit of fun with these nerdy metadata tags? Pandas, tell us what you think in the comments! 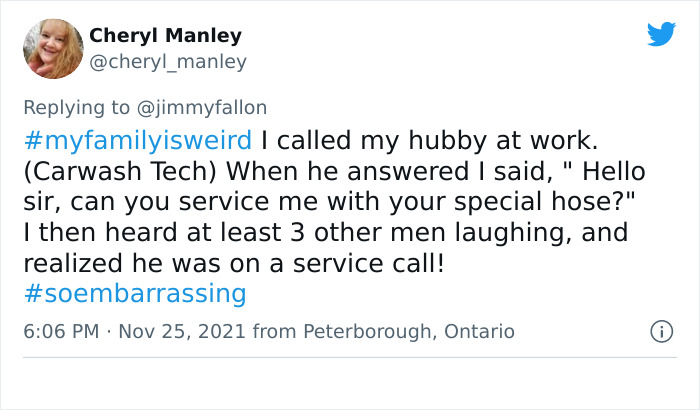 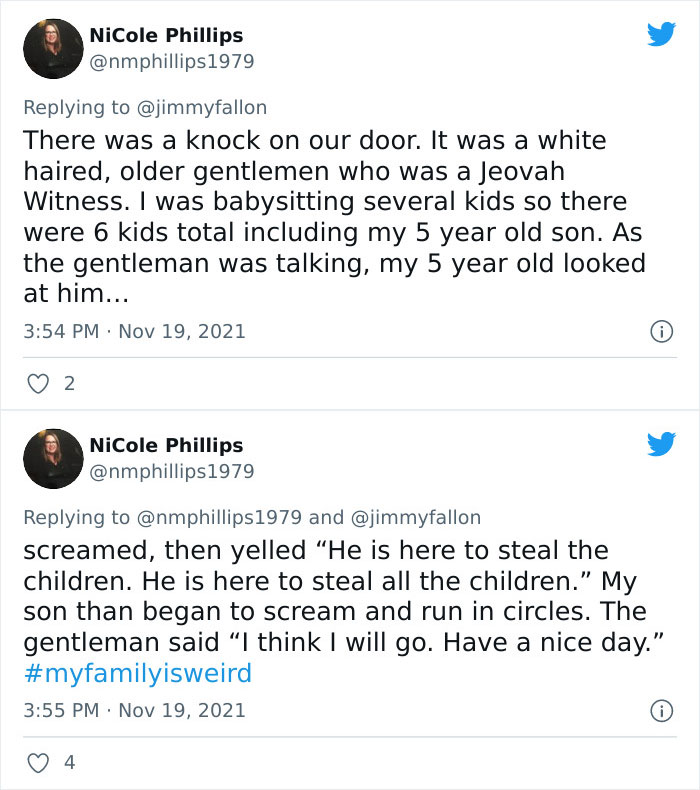 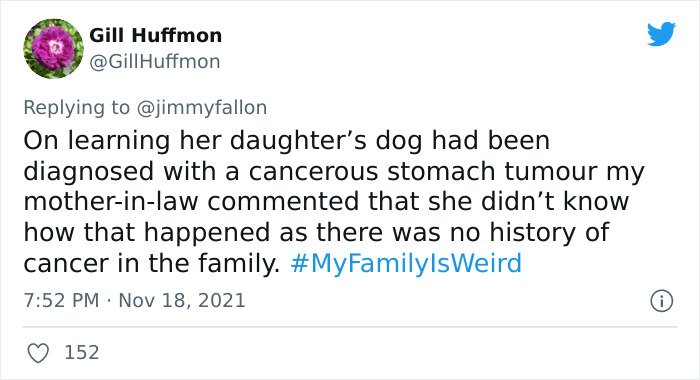 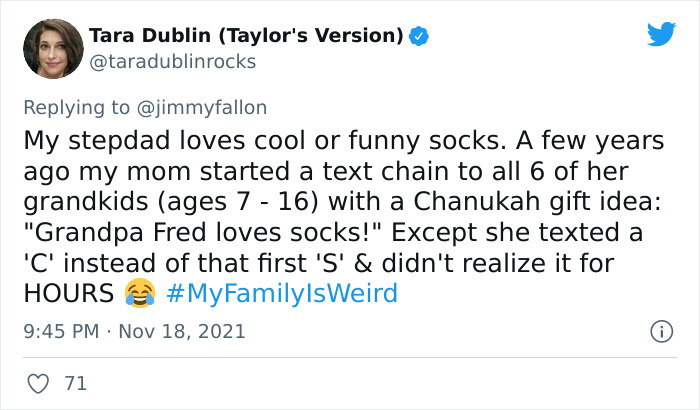 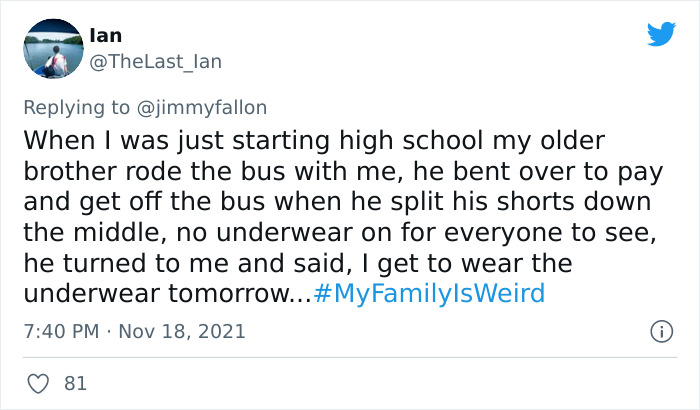 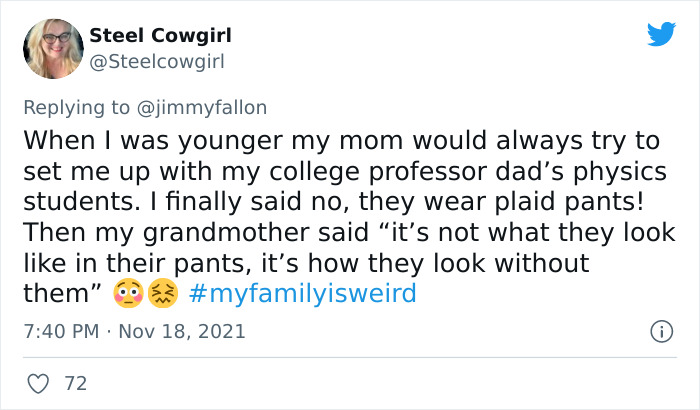 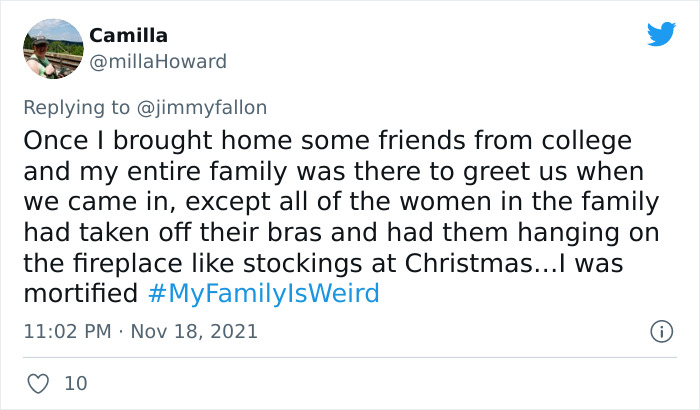 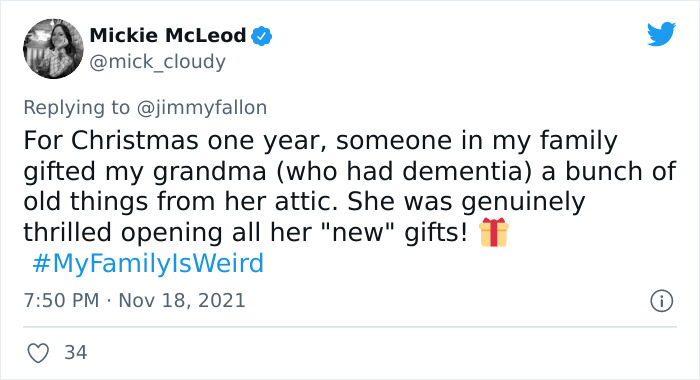 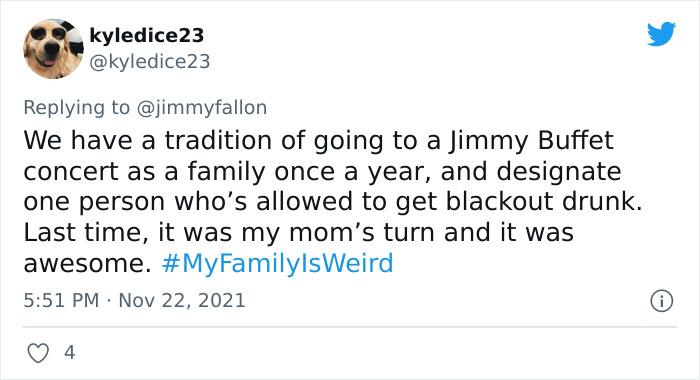 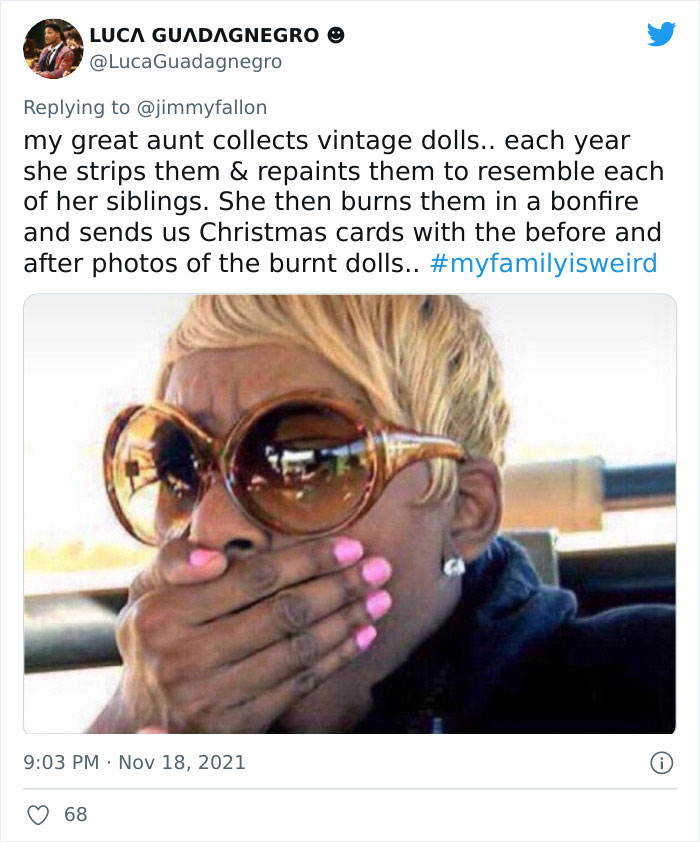 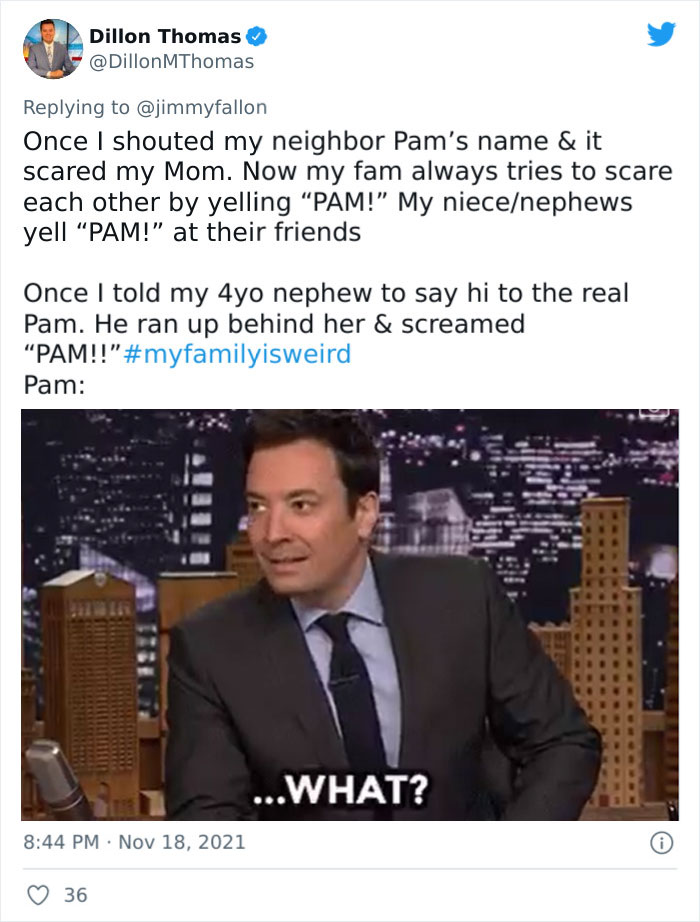 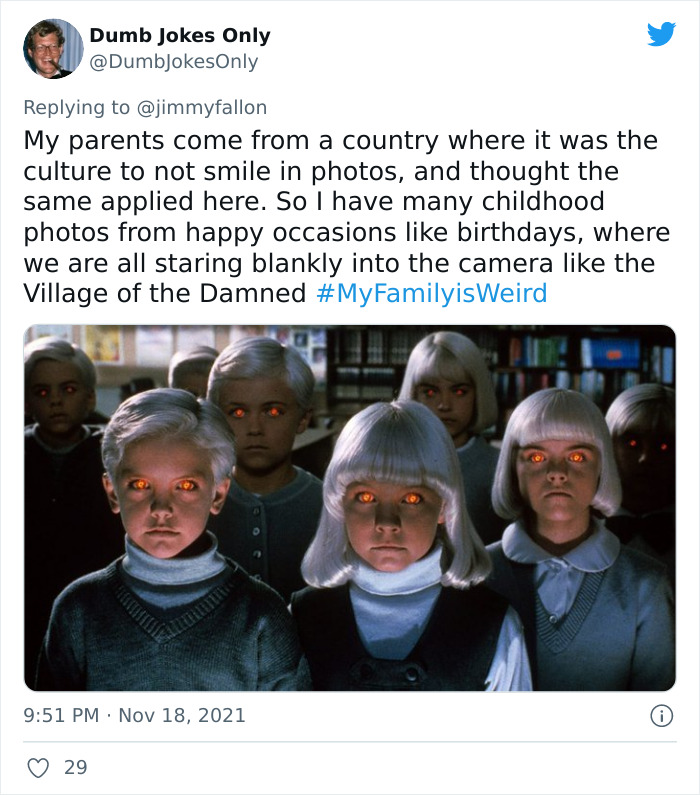 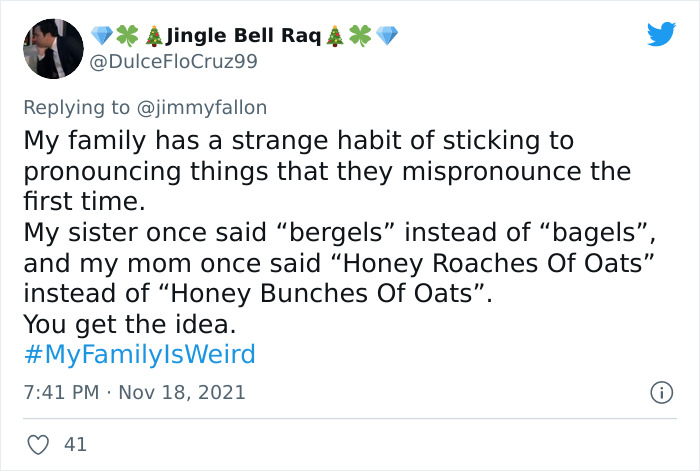 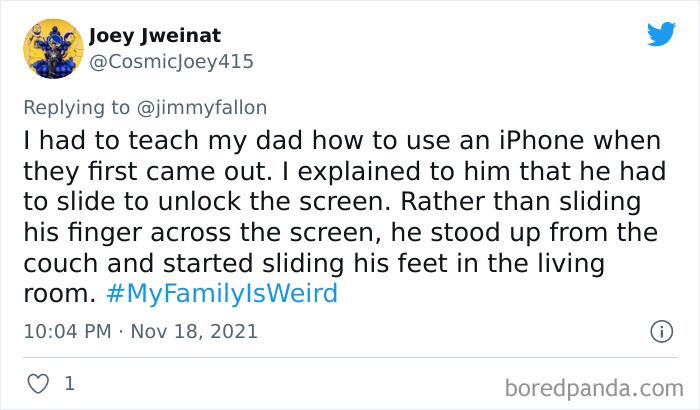 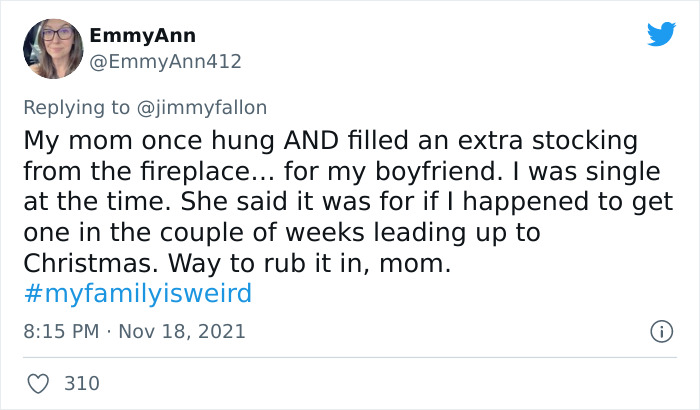