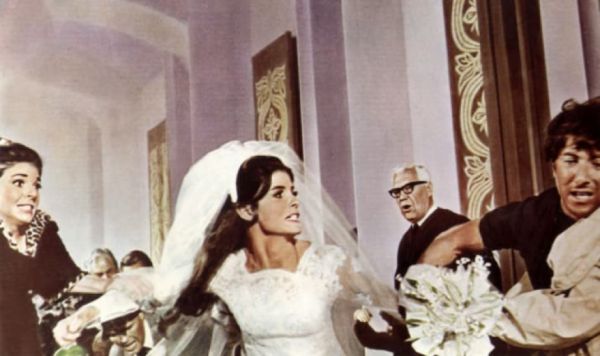 There’s a place in many wedding ceremonies where the officiant asks if anyone objects to the joining of these two people. If they show this part in a movie, you know someone is going to say something. In real life, it only happens rarely. But when it does, it’s sure to cause drama. In a recent Askreddit post, summeralexander14 asked, “People that have had someone object at your wedding, what happened?”  And the stories came out. While plenty of parents and past lovers made the wedding cringeworthy, some tales stood head and shoulders above the rest.

My dad’s seen an objection – he volunteers at a church. The bride and groom were siblings, and their father hadn’t told them until he objected (I believe he was estranged to both of them). They already had a kid apparently.

Oops. We don’t find out what happened afterward, but it seems like the damage had already been done. Still, that was a horrid way to disclose a secret, in front of a gathering of friends and family. But there are other stories of objections that are remembered years later because they are downright funny.

Priest here. Where I am, the only objection people can make is a legal one. It doesn’t matter if they merely don’t approve.

I had one objection at a wedding, where the person who spoke claimed the groom was already married. That’s enough to stop the wedding. Turned out they were Serbian (which I knew) and didn’t know our legal system. The groom hadn’t realised the church wedding was also the legal wedding, so they’d married each other in a civil ceremony a few days before. That was fun to sort out!

A couple of the stories had to do with children who wanted to fill the silence of the moment. And then there’s this.

First wedding in Vegas, found a homeless guy to be a witness in exchange for a sandwich from subway, objected because it didn’t have olives like he wanted.

Read 30 such stories, ranging from horrific to a cherished memory, at Bored Panda.