Today, you will learn there’s a subreddit called “Today I Learned” (TIL).

Even if you already know about this online community from my earlier articles (here, here, and here), I think you’re gonna enjoy this one!

TIL is a place with a simple premise: everyone shares interesting facts they discover on the Internet. And sure, it’s no Britannica, but the most important rule on the subreddit is that the facts must be legit and the online community has 26.1 million members self-governing its content, so you know what you’re reading is true.

Plus, they usually attach corresponding photos to make the content more vivid and easier to digest as well. Here are some of the posts that recently went viral on the subreddit. Enjoy!

TIL the chemical reaction in glow sticks was discovered by Dr. Edwin Chandross in 1962, but he had no idea the “chemiluminescent” objects were popular at music shows until a Vice interview in 2013. “Is that so?” he said. “Maybe my granddaughter will think I’m cool now.” 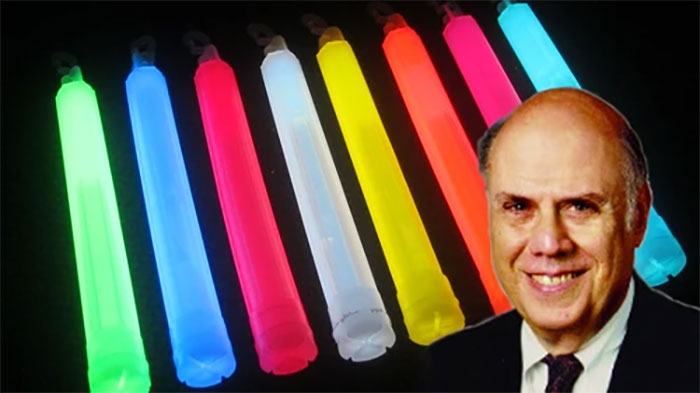 TIL a 2018 study by Yale psychologists found introverts who are prone to melancholy seem to be more astute at understanding how people behave in groups than their sociable peers. Introverts are more prone to assessing truths about humans’ “social nature” without formal training or tools 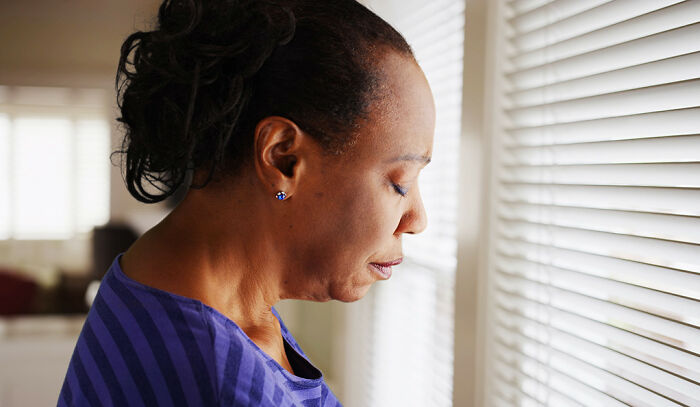 TIL after a chance encounter, Charles-Michel de l’Épée was taught to sign by the deaf. Believing the deaf should be able to receive the sacraments, he founded a school in 1760 to teach sign language. His public advocacy enabled deaf people to legally defend themselves in court for the first time 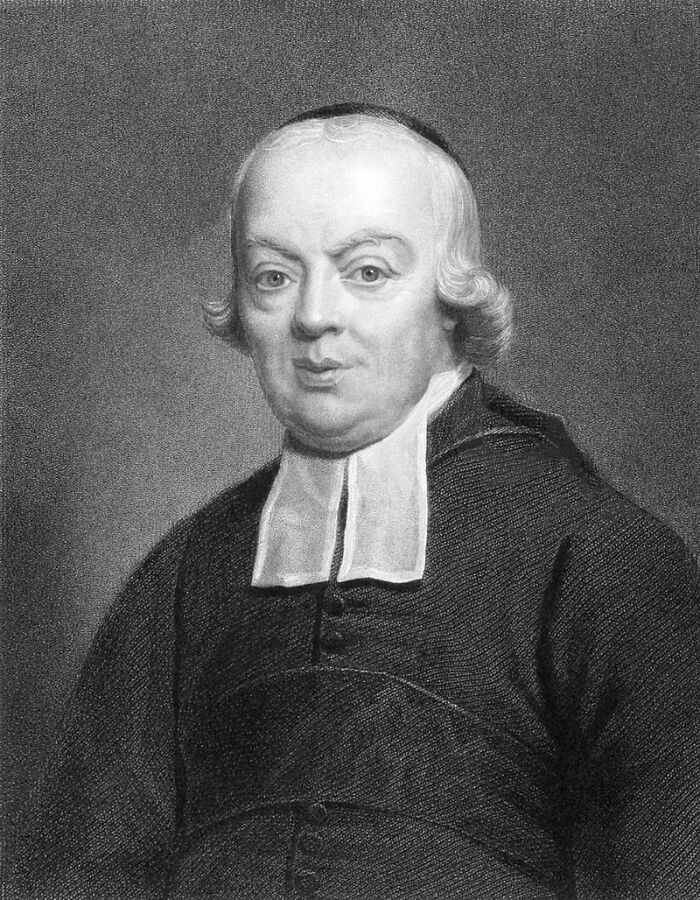 TIL that the jumping spider, Nefertiti, was launched to the ISS to observe if it could catch prey in microgravity. It succeeded in catching prey by learning to walk slowly, rather than leaping, as this species usually does. It survived reentry and readjusted to full gravity before its natural death 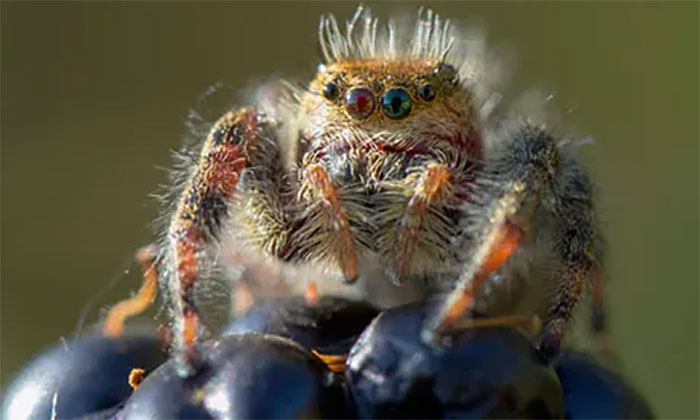 TIL Tag brothers are a group of 10 men who had been playing the game of tag since 1990, chasing each other around the country, traveling by plane, car etc. As of 2018, the game is still ongoing 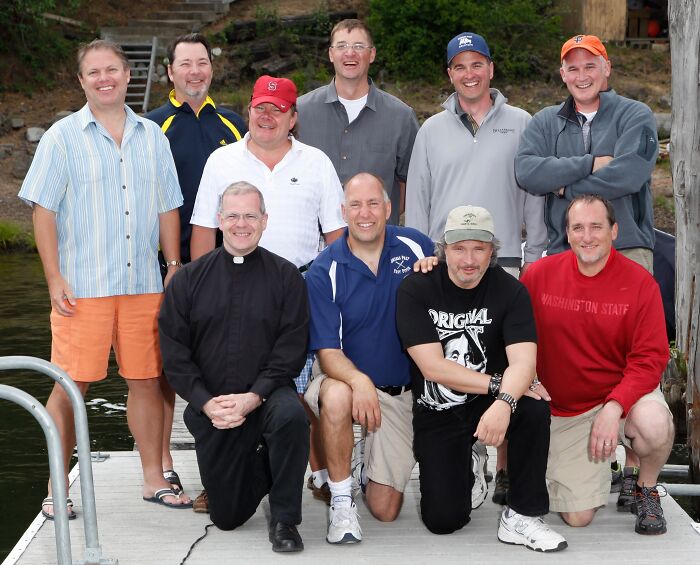 TIL A director made a ten hour movie that’s just about paint on a wall drying, lasting for ten hours and seven minutes. The film was created by Charlie Lyne in order to troll the British Board of Film Classification (B.B.F.C.) who were forced to sit through the whole thing 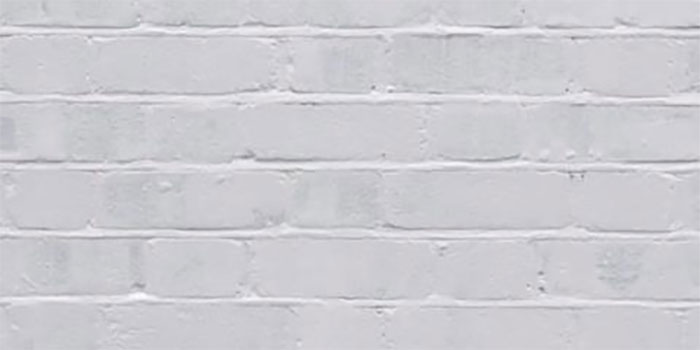 TIL of eagle hunters in Mongolia. Known as the Burkitshi, this nomadic tribe hunts with eagles (only female eagles as they are larger and believed to be fiercer). While eagles can live for decades, theirs are captured at the age of four and released after 10 years to live out their life in the wild. 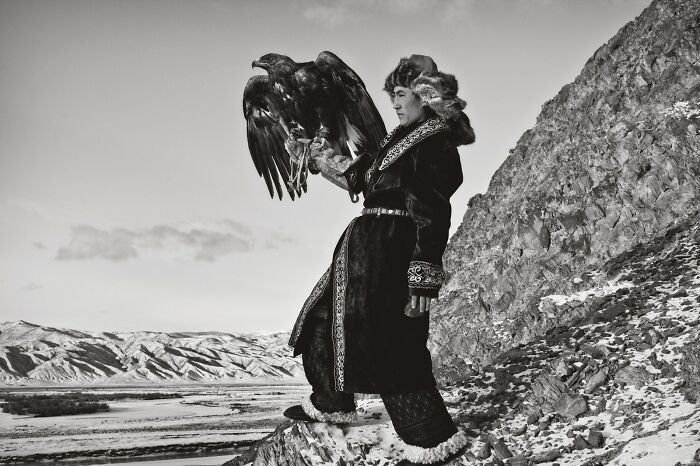 TIL I learned the first American soldier to land on the beach durning the invasion of Normandy was shot twice and not only survived, but lived to be 90 years old

TIL that Charles D. B. King holds the record for the most fraudulent election in history. In 1927 he was elected President of Liberia with 234,000 votes in a country that only had 15,000 registered voters at the time 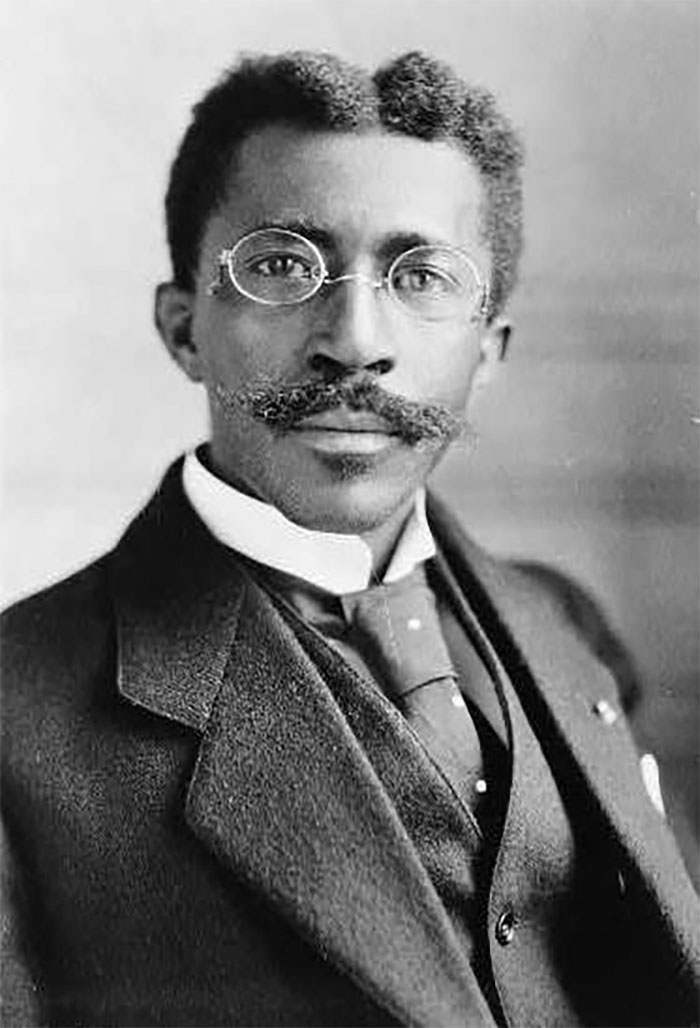 TIL the big orange fuel tank attached to the space shuttles was originally white, but they stopped painting it to save 600lbs 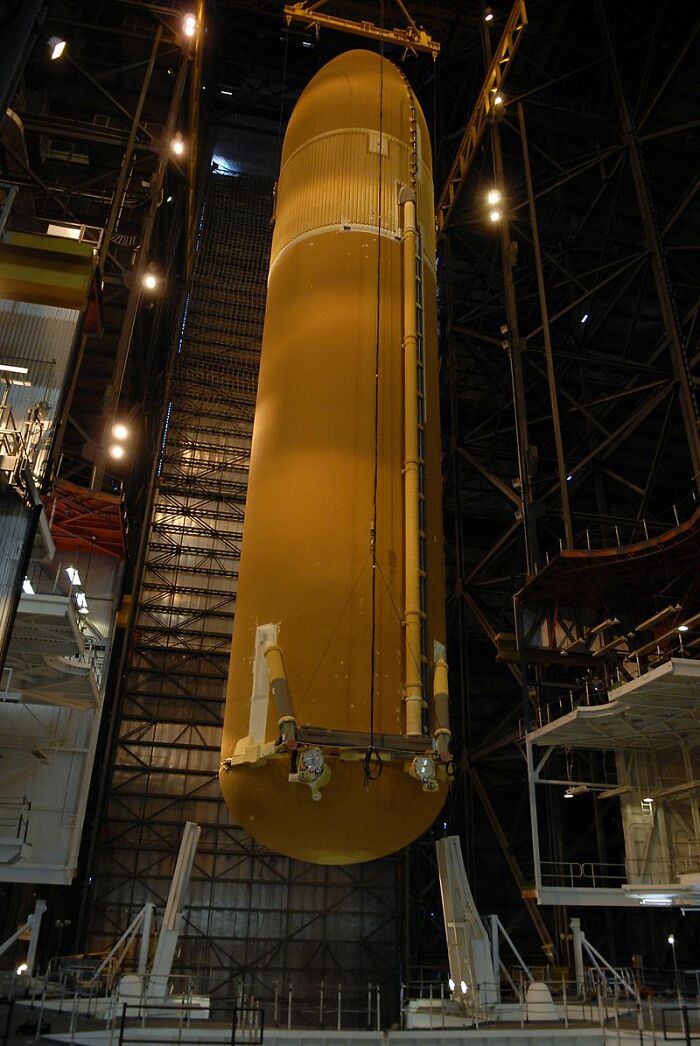 TIL after an earthquake shattered the Colossi of Memnon in Egypt, the damaged statue began to “sing” during sunrise which modern scientists attribute to early morning heat causing dew trapped within the statue’s crack to evaporate creating vibrations that echoed through the desert air. 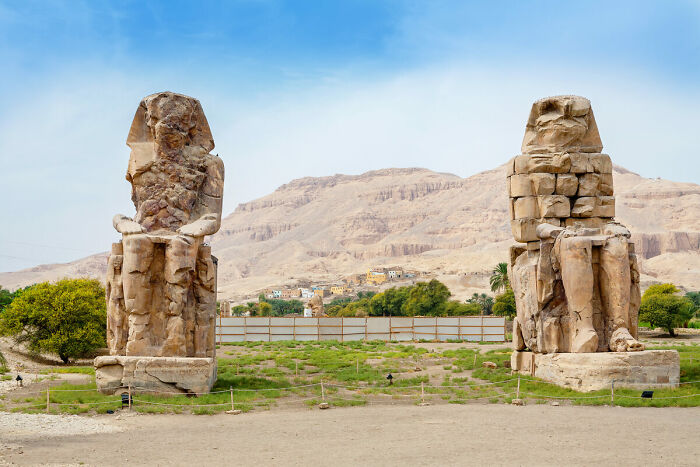 TIL about the 71 teenage students, who were stationed to protect a South Korean HQ, despite having no experience in war or even firing a gun. The SK army didn’t think the NK army would attack that HQ, but they did. Those students, still in their school uniforms, held back the NK army for 11 hours 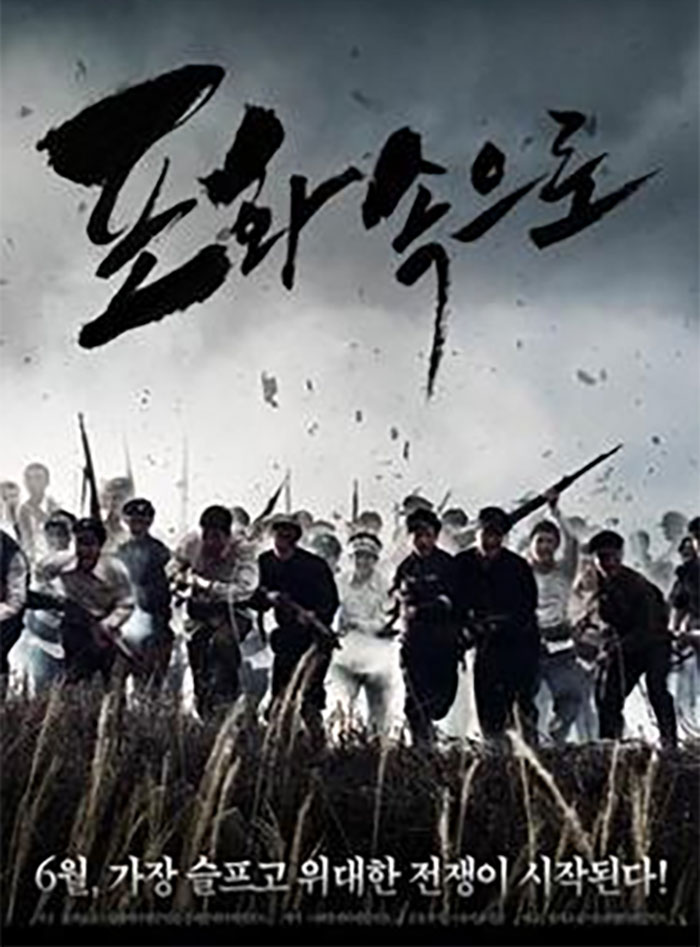 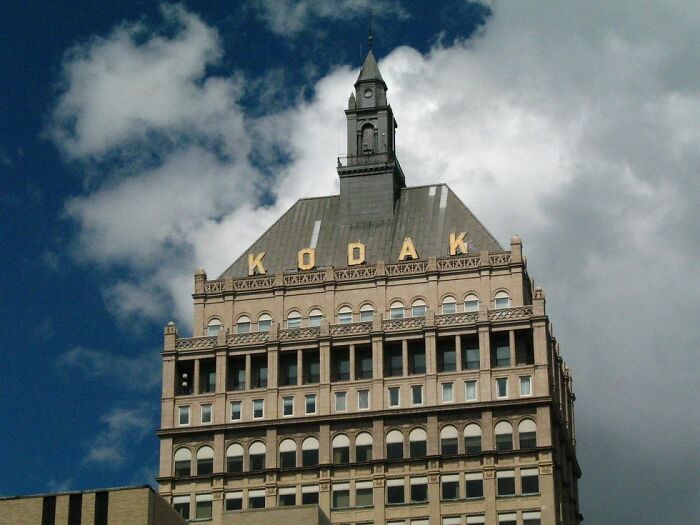 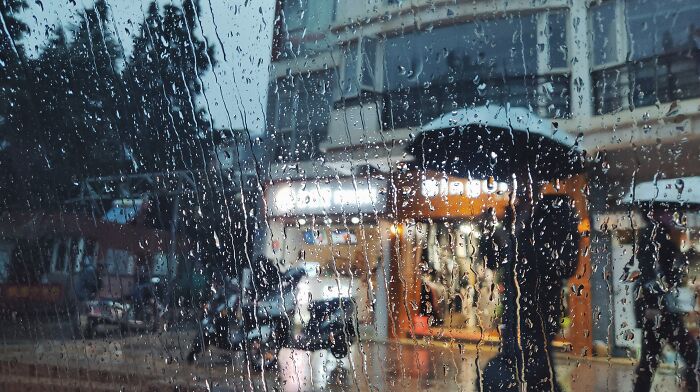 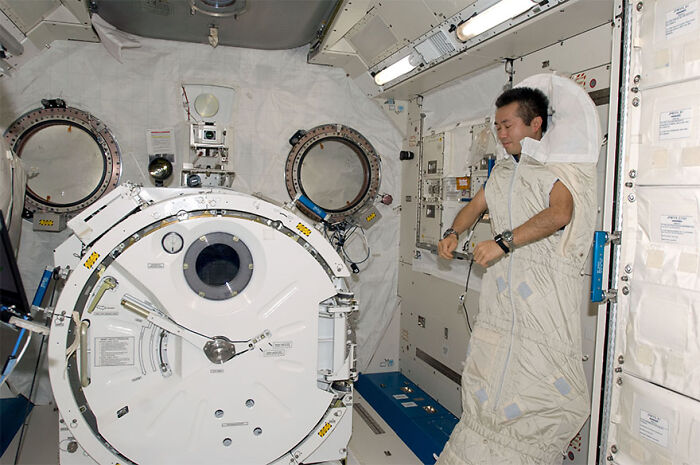 TIL Los Angeles is the first major city in the world to synchronize all its traffic lights. Nearly 4,400 lights across 469 miles receive real-time updates about traffic flow to make second-by-second adjustments. The system limits congestion by up to 16% while also dramatically reducing idling time 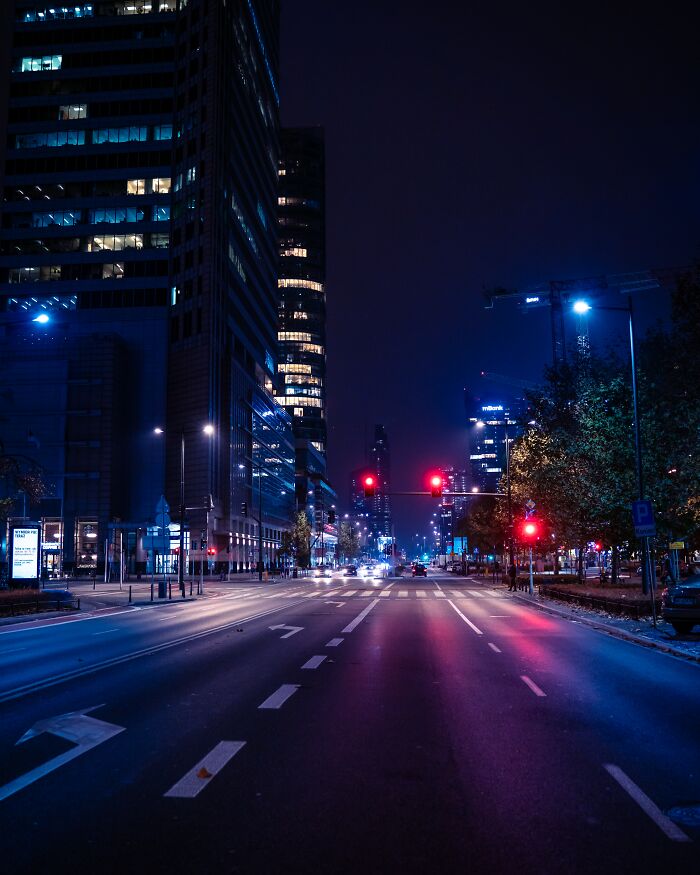 TIL about fossil words, words that have largely fallen out of common use but still survive in idioms. Examples include “fro” (as in to and fro) and “lo” as in (lo and behold)

TIL The Lion King Game (SEGA/SNES) was made extremely difficult on purpose. Disney told the developers to make the game so difficult that people wouldn’t be able to beat it during a rental period at Blockbuster. A few developers would later apologize to fans for how hard the game is 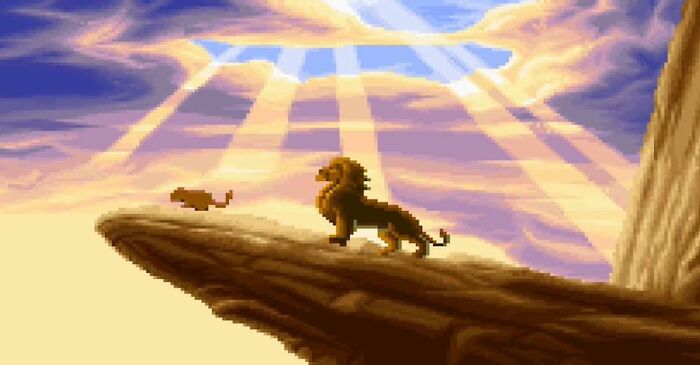 TIL Lisa Leslie as a high school basketball player scored 101 points in 16 minutes of play. She shot 37 of 56 from the floor and 27 of 35 from the line. However, she did not break the record for women’s points in a high school game because the other team’s coach refused to play the second half 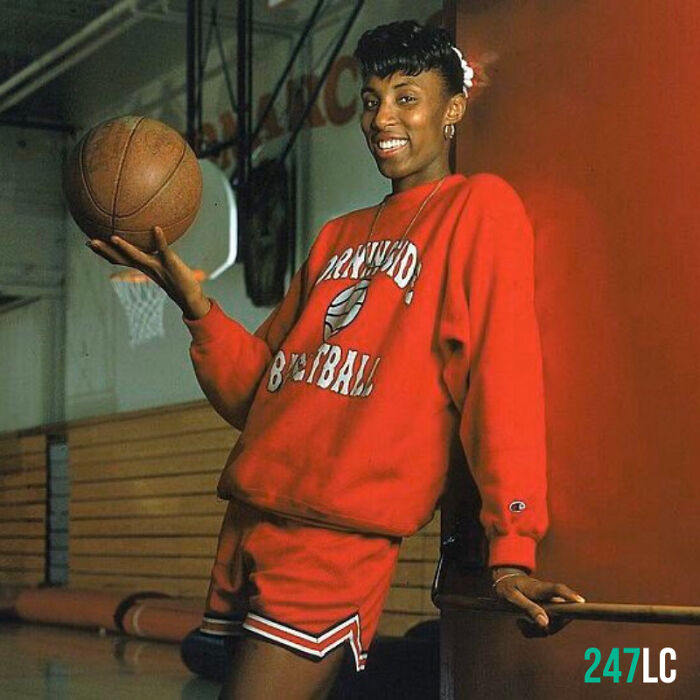 TIL that from 2003 to 2005, a 13-year-old girl wrote a 365k word Harry Potter fanfiction while in the hospital receiving cancer treatment. She passed away just six days after completing it, and her father used her notes to write the second book in the series 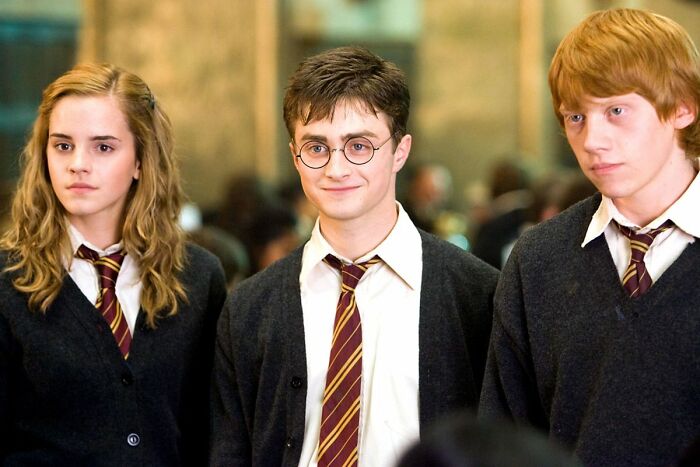 TIL that Christopher Lee sent Peter Jackson a photograph of him in a wizard’s costume, wanting to play Gandalf, but Jackson decided he would be a perfect Saruman, instead. 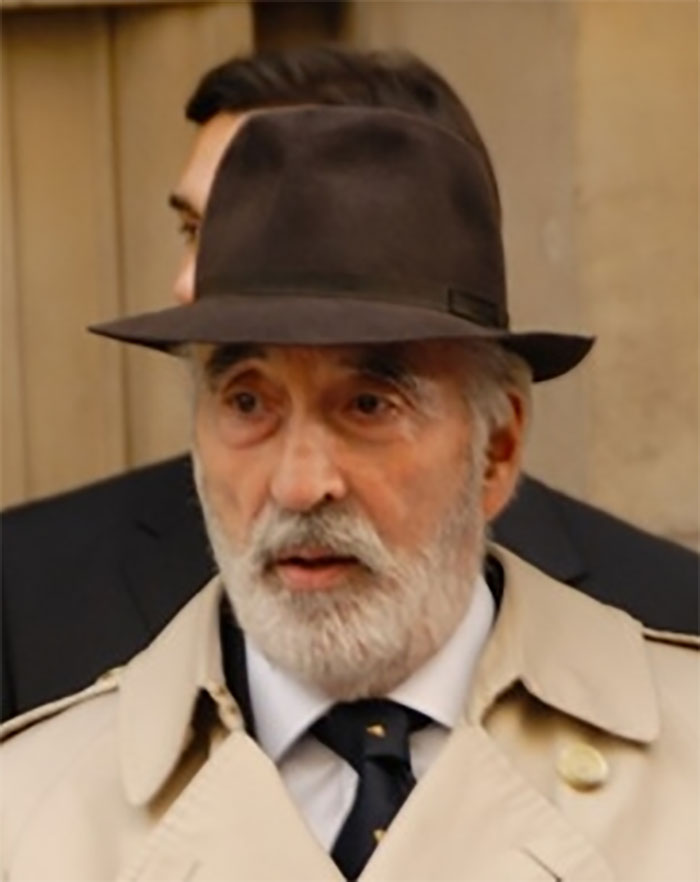 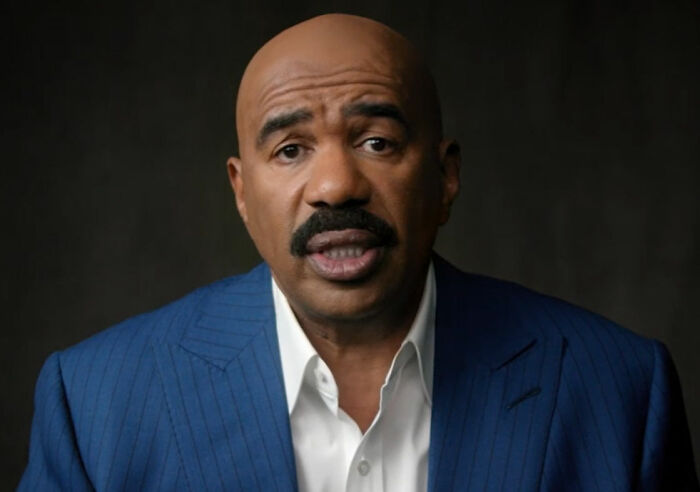 TIL a California lawyer filed for a restraining order to stop his neighbor’s kids from playing basketball claiming their game dropped the value of his house by $100k. He was ultimately denied with the court saying that reasonable people can expect “some inconveniences and annoyances” from neighbors 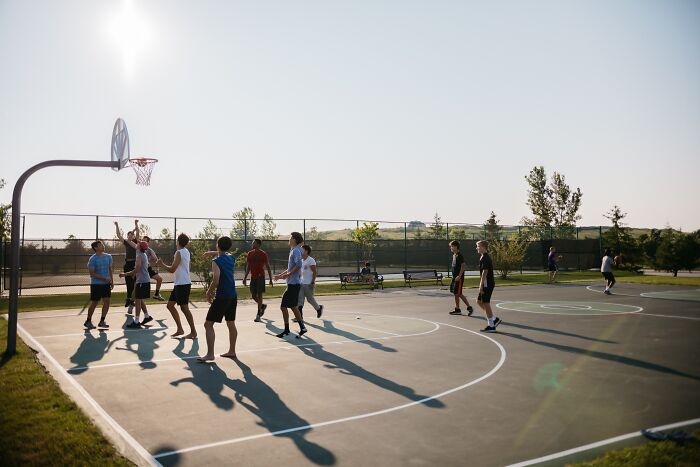 TIL that the town of Why, Arizona was originally known as just “Y” due to the Y-shaped intersection of two roads. It changed its name to “Why” due to an Arizona state law requiring town names to be at least 3 letters long 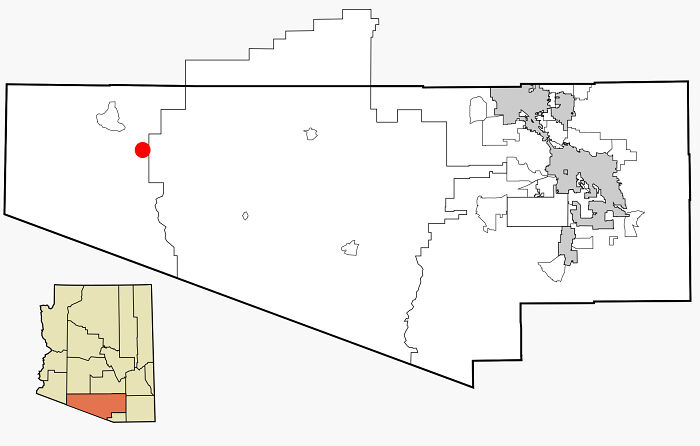 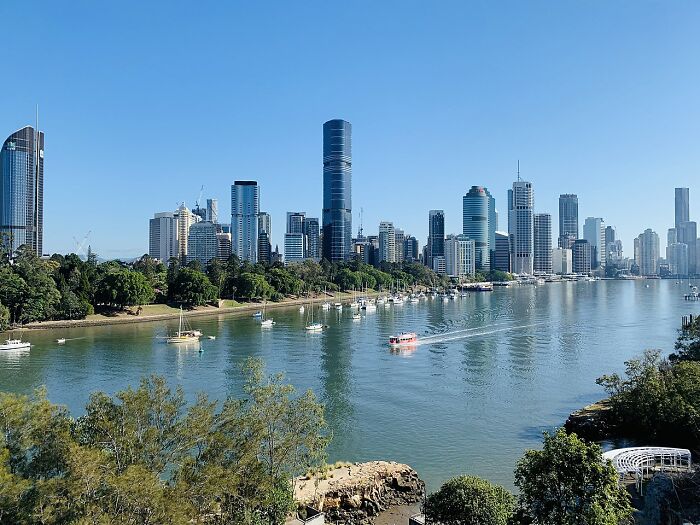 TIL the McDonald’s corporation quietly phased out Ronald McDonald, the companies clown mascot, due to the 2016 clown scare video fad 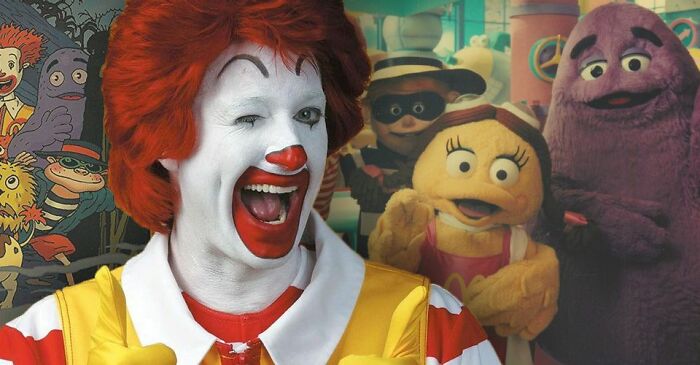 TIL Centuries after Alexander the great’s death, his tomb was a tourist attraction. Many of the roman emperors who visited the tomb left with souvenirs, effectively looting the monument. According to one account, Augustus Caesar tried to touch the 300 year old mummy, accidentaly breaking its nose 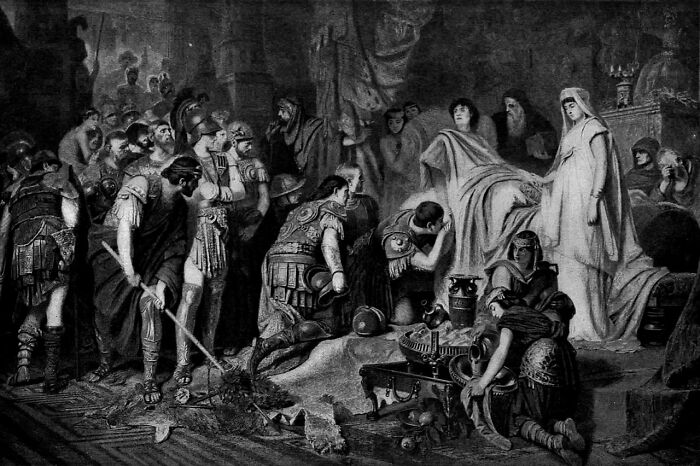 TIL the modern air conditioner was invented by Willis Carrier not to cool people, but to reduce damaging humidity in a print shop 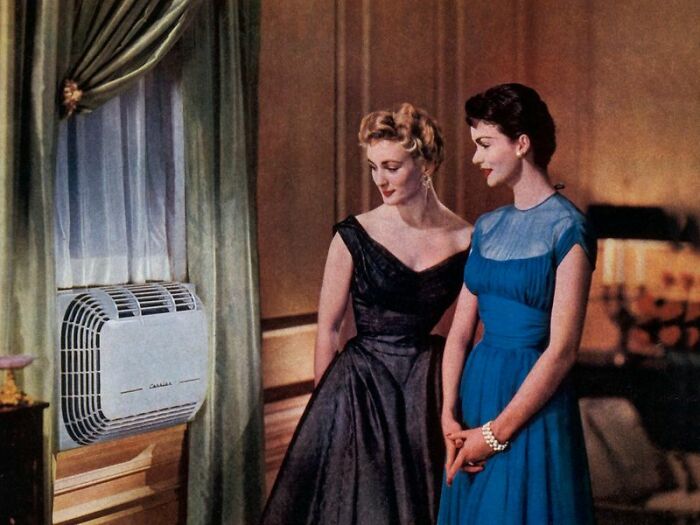 TIL building codes in South Florida require exterior doors to swing outwards because it offers better protection against hurricanes. It was enacted after Hurricane Andrew 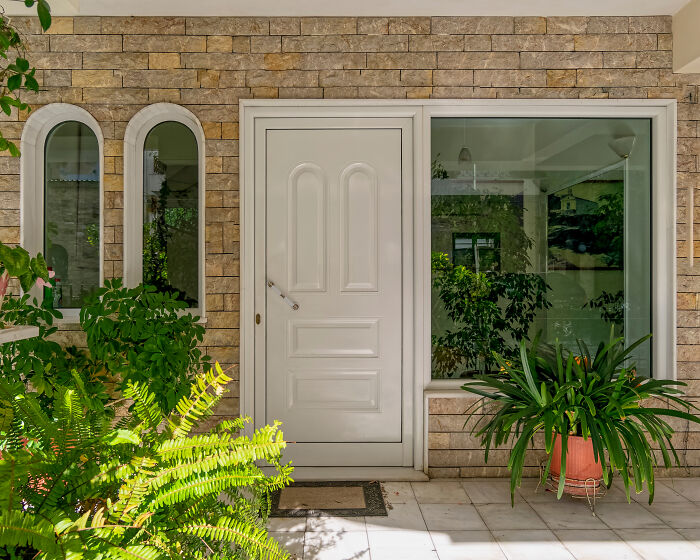 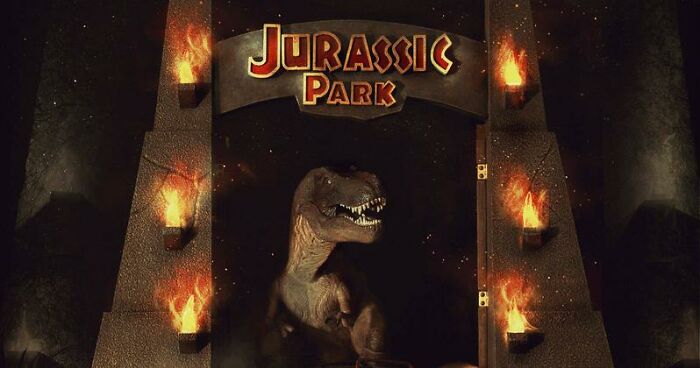