Time and again we have written about choosing beggars, the kind of people who feel like the whole world revolves around them. Not only do they act entitled, but they go into a full breakdown if someone refuses to fulfill their unfair expectations. To see what I mean, scroll through our previous posts with blood-boiling examples of choosing beggars here, here and here.

But luckily the world is built on karma, and if there’s darkness there must be light too. Just like this corner of Reddit titled “Choosing Givers” which is basically an antidote to the previously mentioned notorious subreddit. Choosing Givers is thoroughly dedicated to good-hearted, selfless people who make this world go round and remind us that whatever happens, we still gotta believe in humanity. 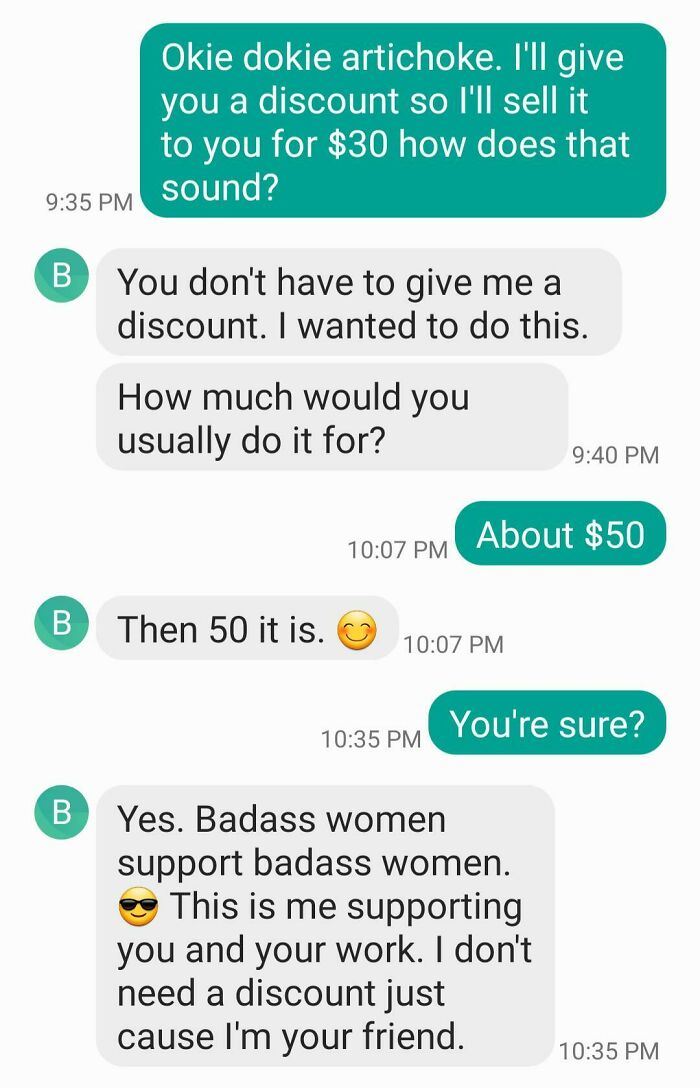 #3 My Landlords Response To Me Not Being Able To Pay Rent On Time. We Need More People Like Him In Our Lives. He Is The Definition Of Being A Bro. I’ve Got Tears In My Eyes Rn 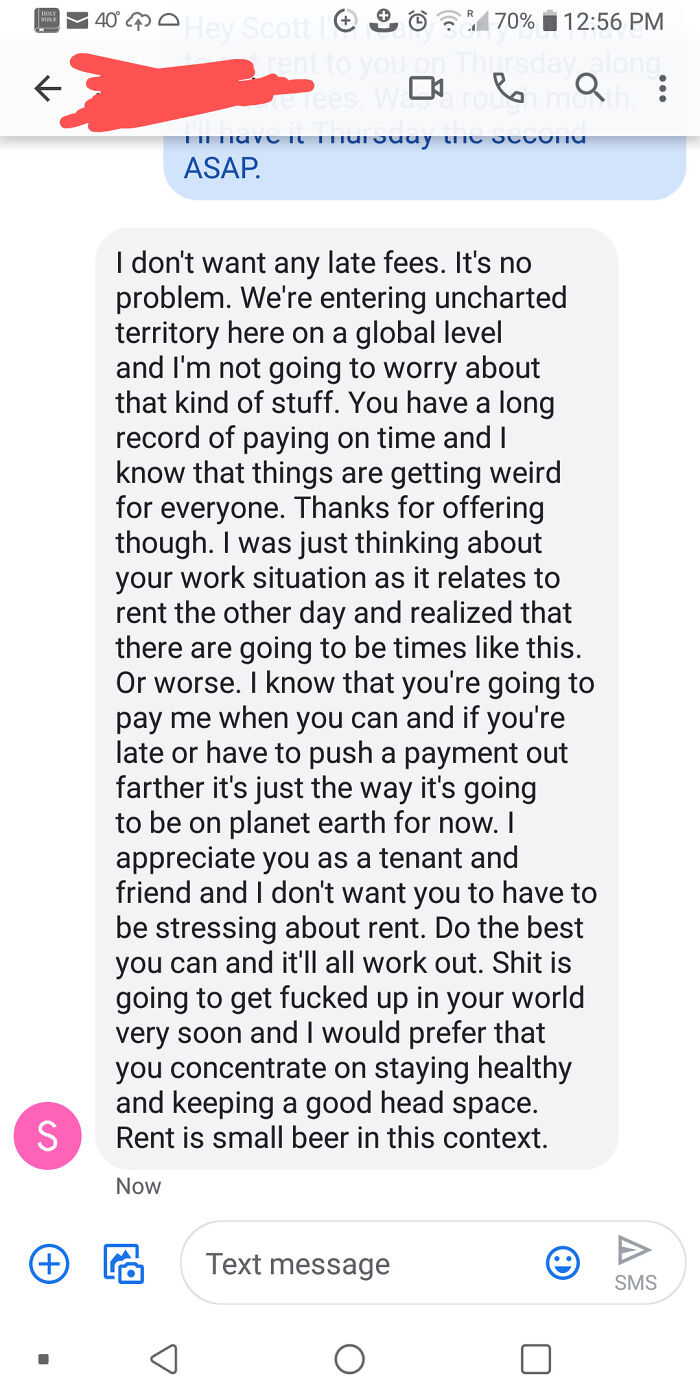 When you scroll through this list, you can’t help but wonder what exactly drives these selfless acts and behaviors. Are some people born altruists, or is it something they acquire throughout their lives? After all, humans have a notorious reputation for being selfish creatures who put their own needs ahead of everyone else’s.

According to researchers, altruism involves helping others at a cost to the self, not only when such behavior is supported by strategic considerations like reciprocity or cooperation, but even in the absence of expectation for future benefit. In other words, people who choose to do something good for others don’t necessarily expect anything good back from them. 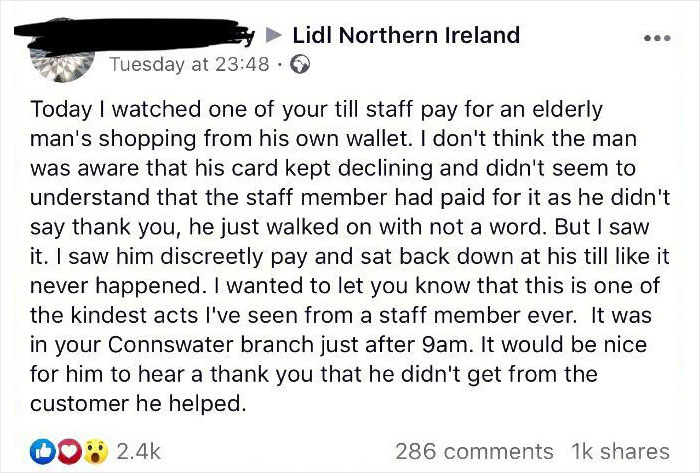 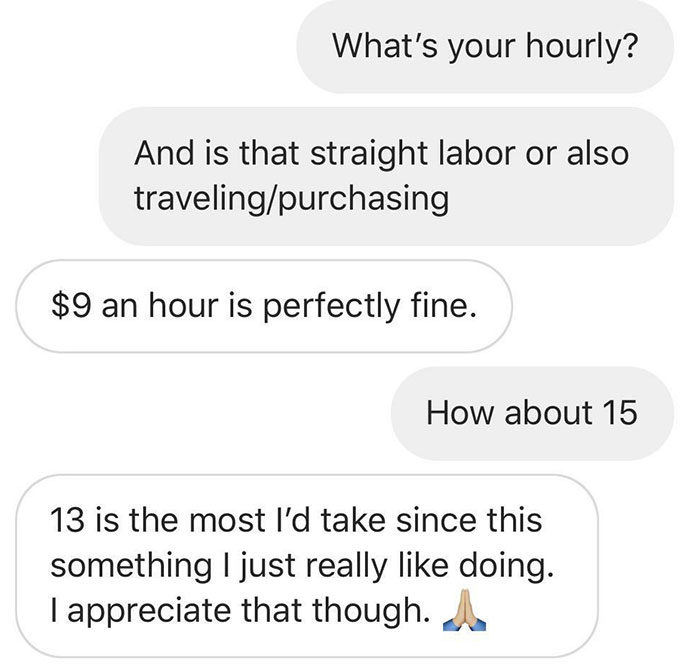 This illuminating study suggested that each altruist act is a choice just like any other, with pros, cons, and even the occasional mistake. The authors of the study found that generous choices took more time to make than selfish ones, especially for those who made more selfish choices overall, consistent with their decision-making model. Interestingly, about half of the generous choices participants made appeared to be mistakes. 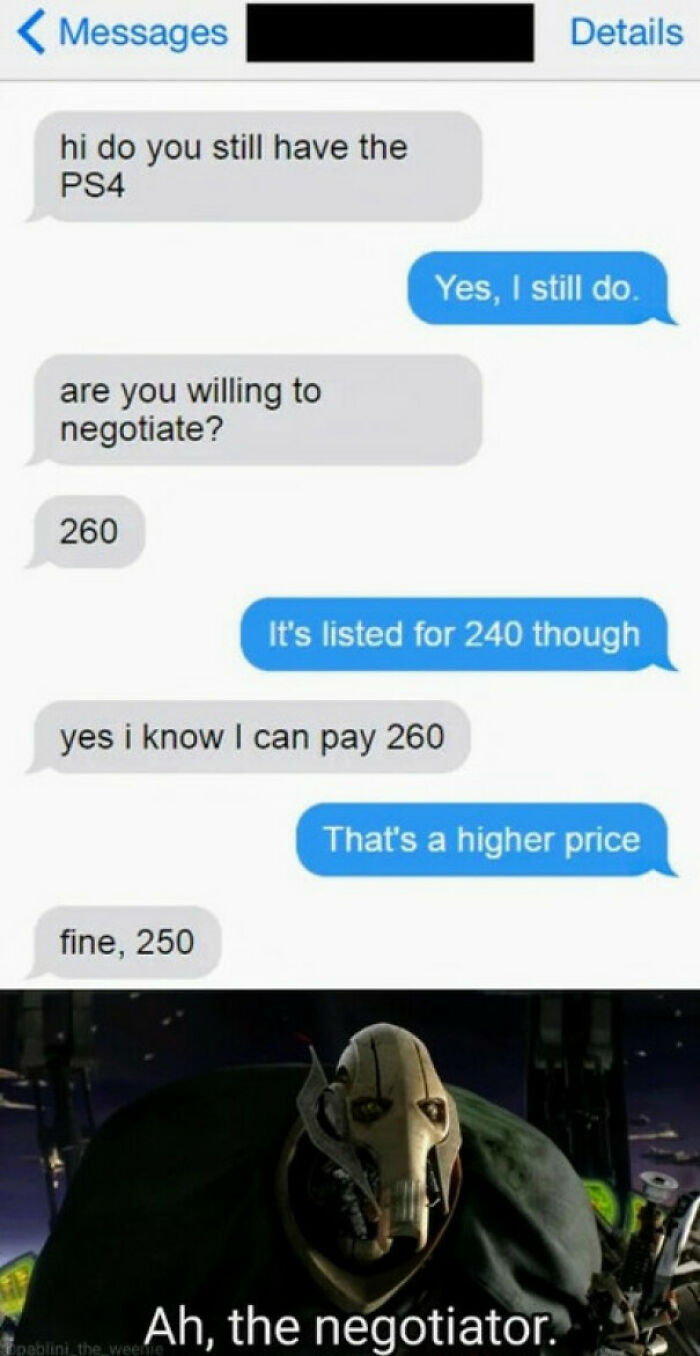 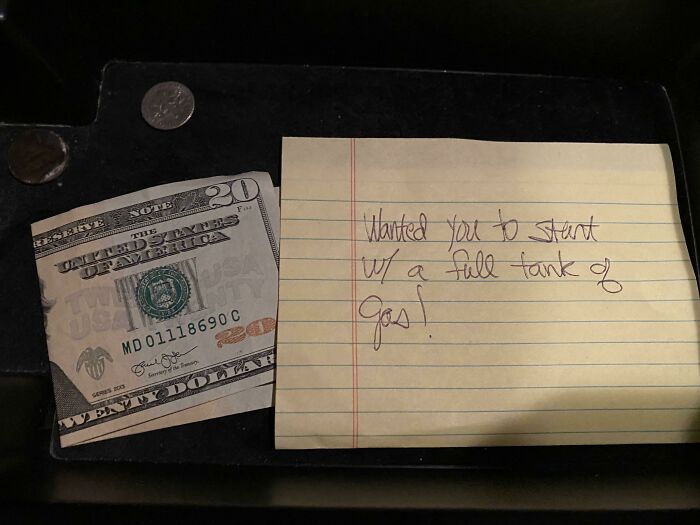 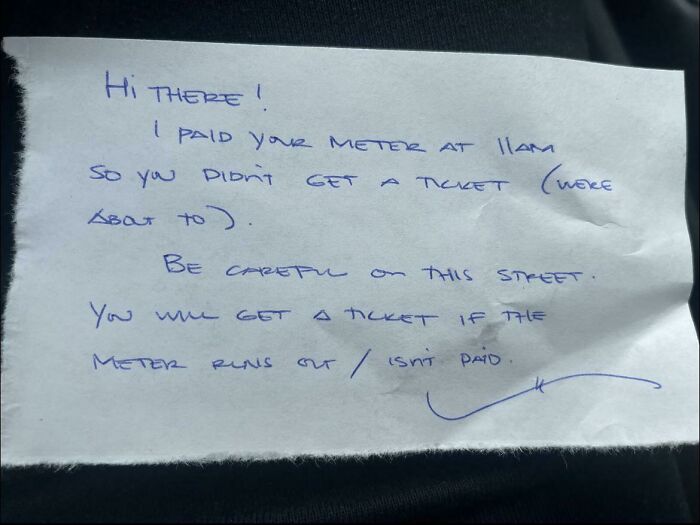 In reality, the strength of good-hearted people who don’t expect anything back has to do with their sense of compassion. And compassion starts with empathy — imagining putting ourselves in the mind of another person and imagining what they’re going through. Once we’ve empathized, and feel their suffering, the second half of compassion is wanting to end that suffering. This is when good-hearted actions may occur.

But most importantly, in order to make a compassionate move, a person has to get themselves out of the way and to think of the other person. On the other hand, it’s been suggested that compassionate behavior may be appealing for people because it reduces the feelings of guilt from their privilege and good fortune.

#11 This Guy Selling His Action Figures On Ebay 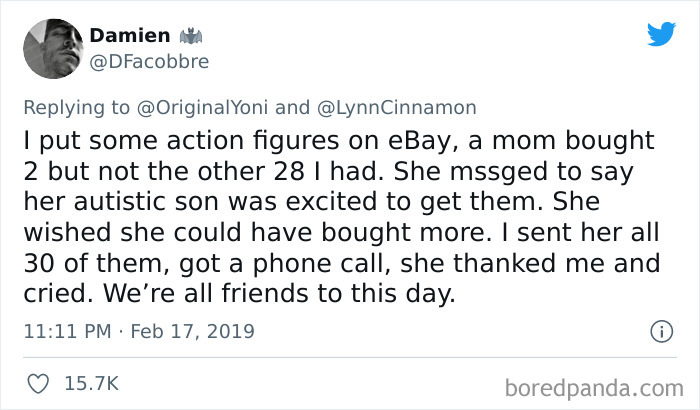 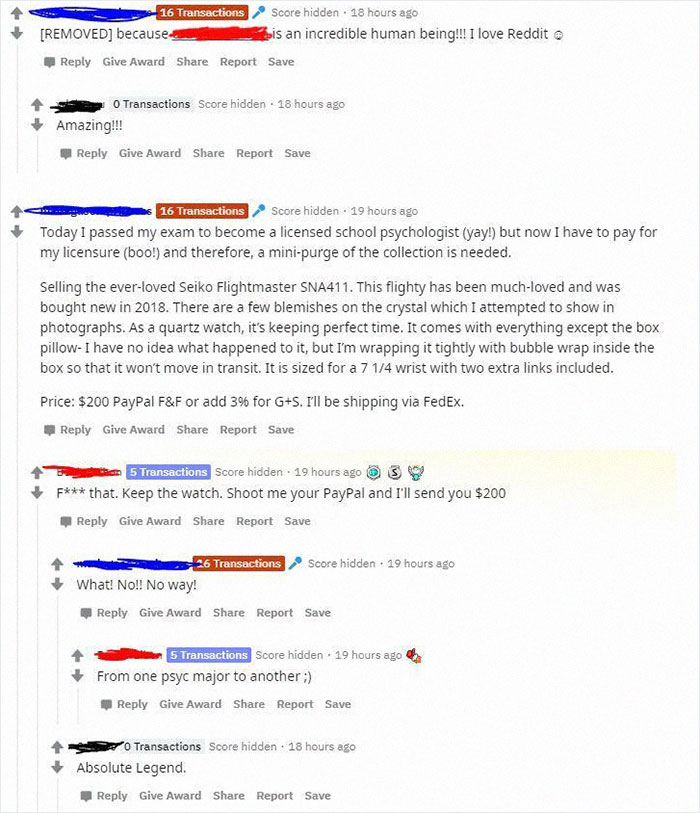 #14 A Lady Was Seeking Advice On Euthanizing Her Suffering Pet And Cremation Bc She Can’t Afford It Right Now. A Local Stranger Is Meeting Her Tonight To Pay For The Whole Process 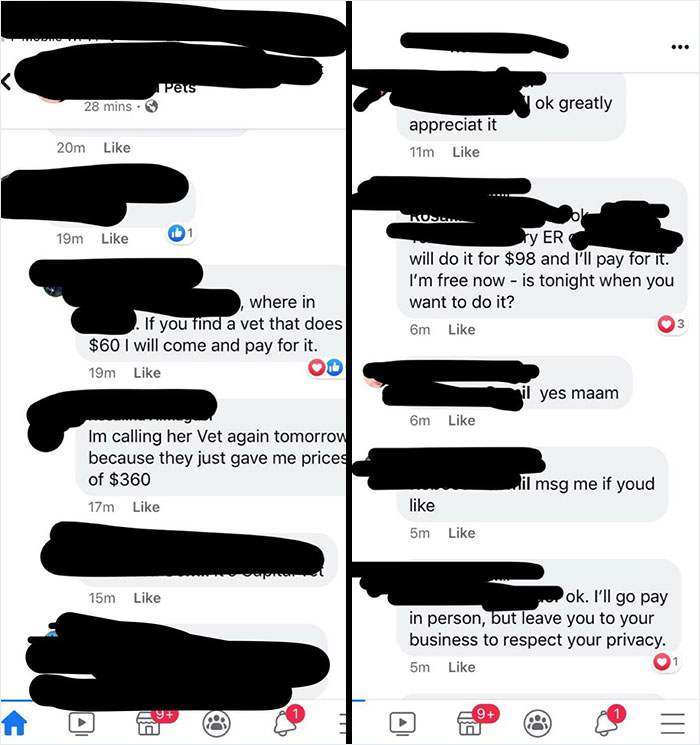 #15 My Mother-In-Law Passed Unexpectedly Yesterday Morning. Her And My Wife Were Supposed To Go Get Haircuts Together Soon So My Wife Went To Get One Just To Get Out Of The House And When She Went To Pay They Told Her Someone Else Had Paid For It And Left This Note On The Back Of The Receipt 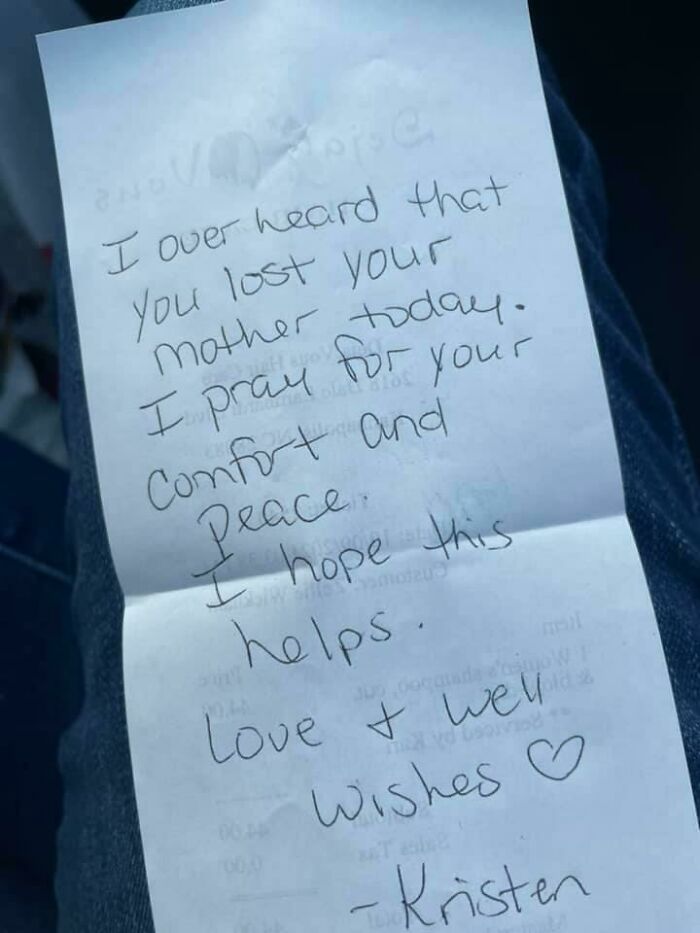 #16 My Wife And I Are Bartenders And Our Landlord Pays For A Guy To Come Out Once A Week And Mow The Property. He Left This On Our Doorstep Today. We All Need More People Like Blake 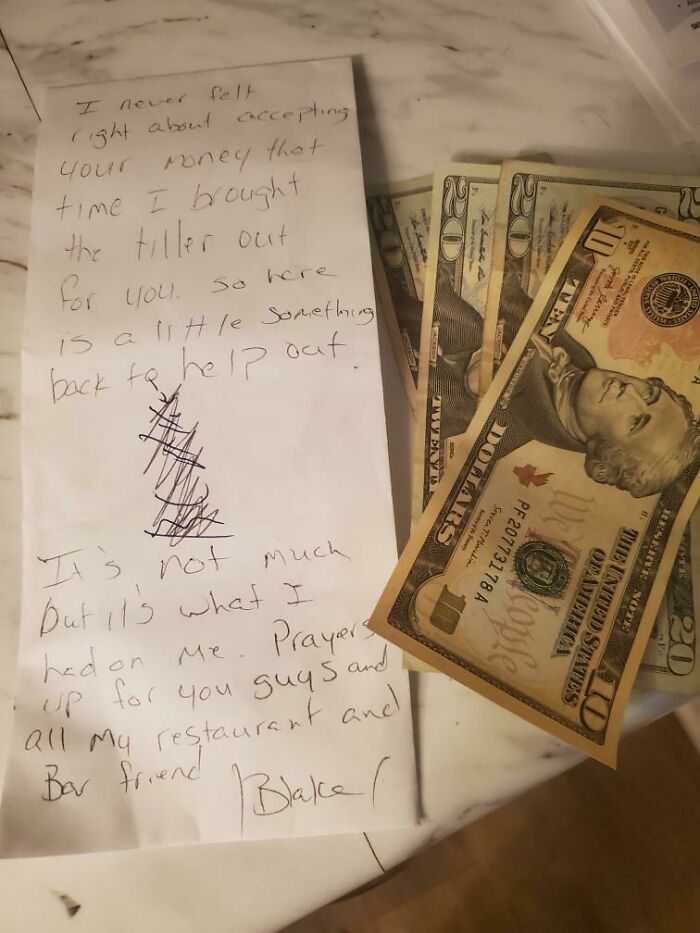 #17 When You Appreciate Someone’s Work…

#18 I Run A Small Roadside Stand In Nj Where Eggs Are Pay What You Can. A Bro Decided To Pay It Forward 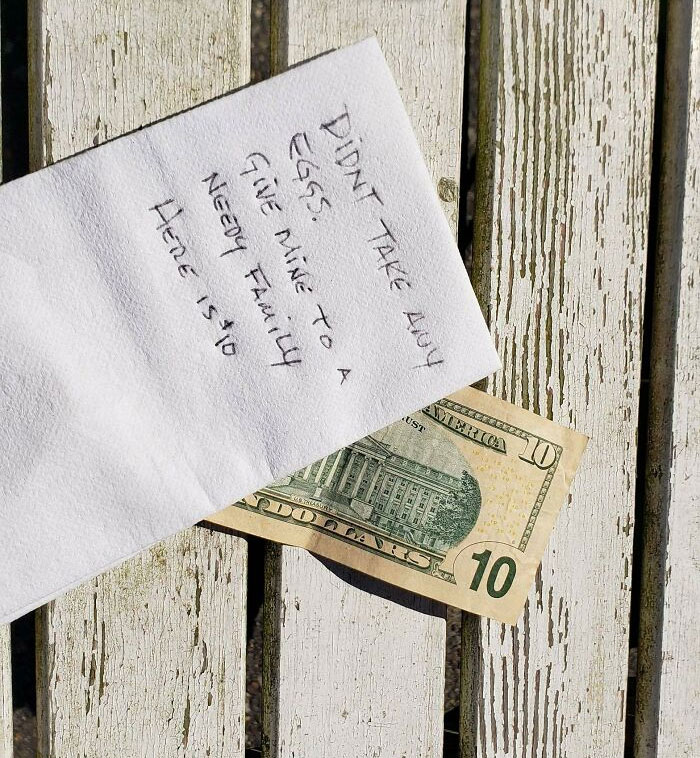 #19 The Opposite Of A Choosing Begger, Because We All Need A Little Positivity Now And Then 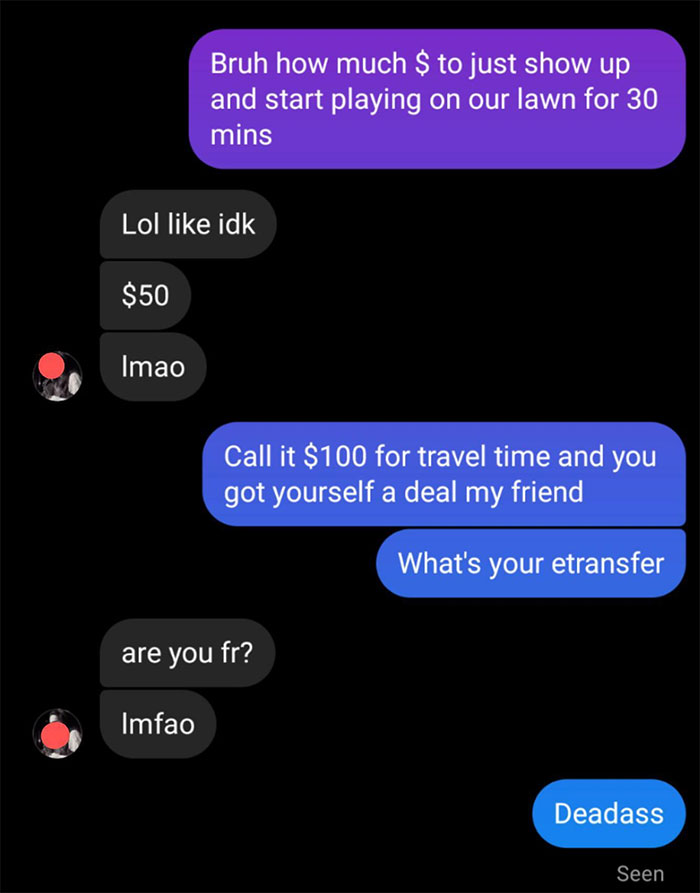 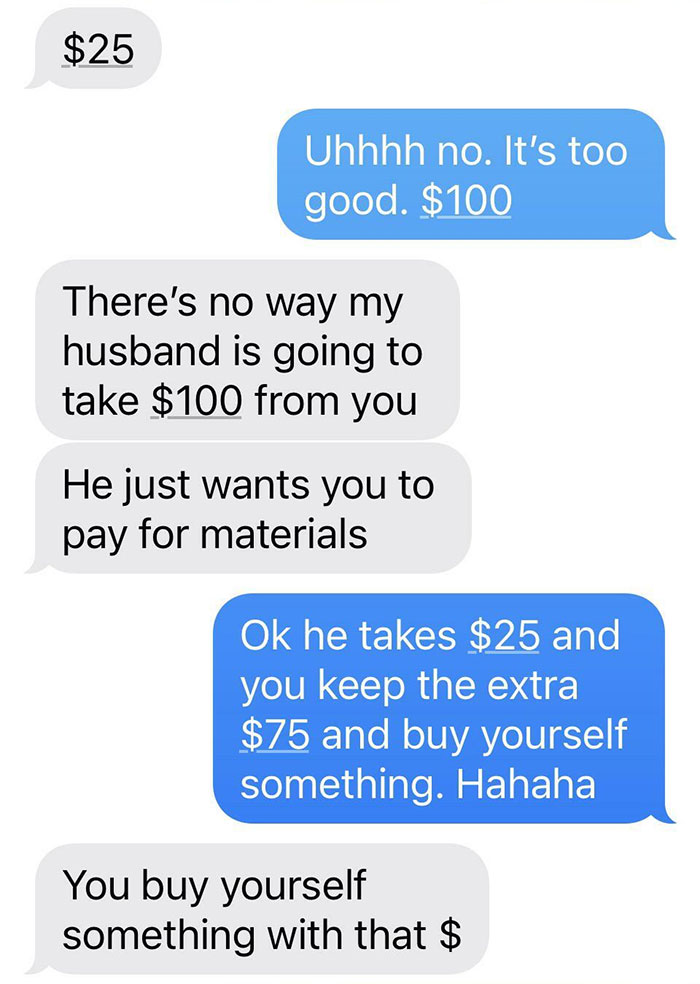 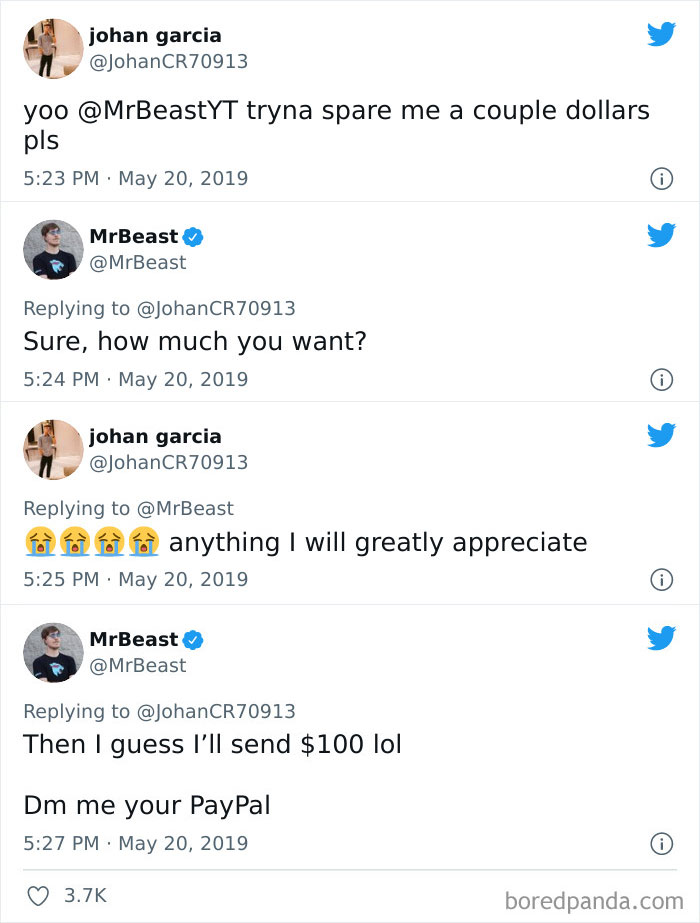 #22 A Text From Our Landlords This Morning 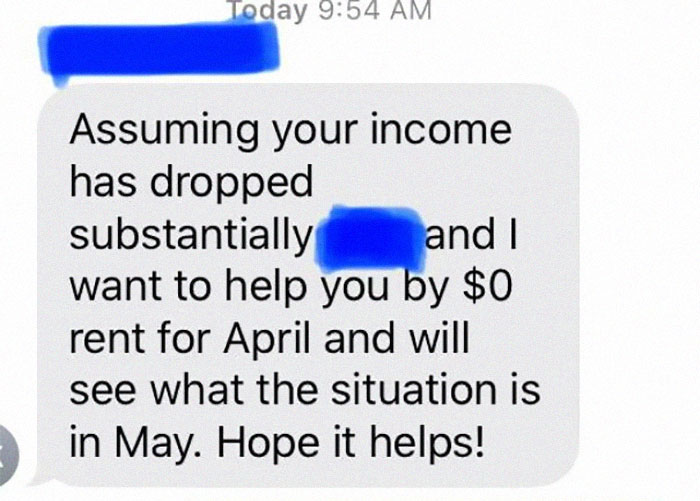 #23 I Think I’ve Found The Opposite Of A Choosing Beggar…? 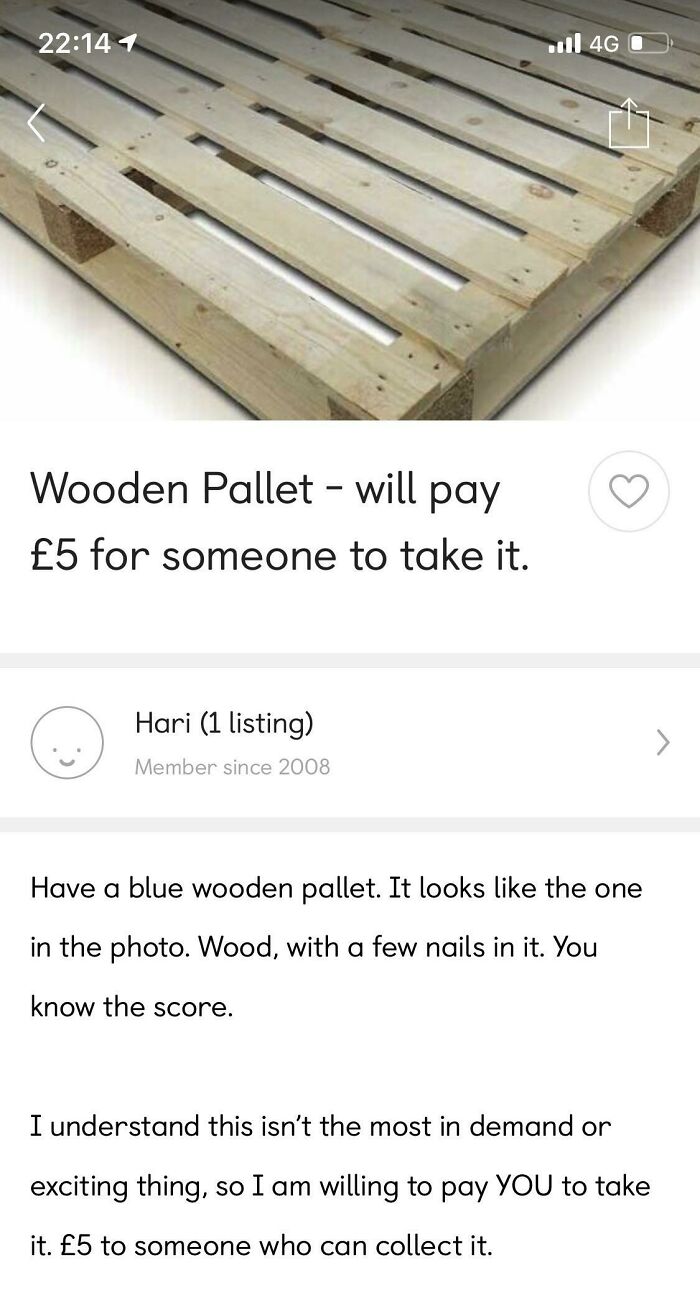 #24 I’m A Cook In A Restaurant. Someone Came In And Gave These To The Hostess And Told Her To Give Them To Every Employee And Then Immediately Left. I Didn’t Even Get To Thank The Person Because They Were Already Gone. Thank You So Much! 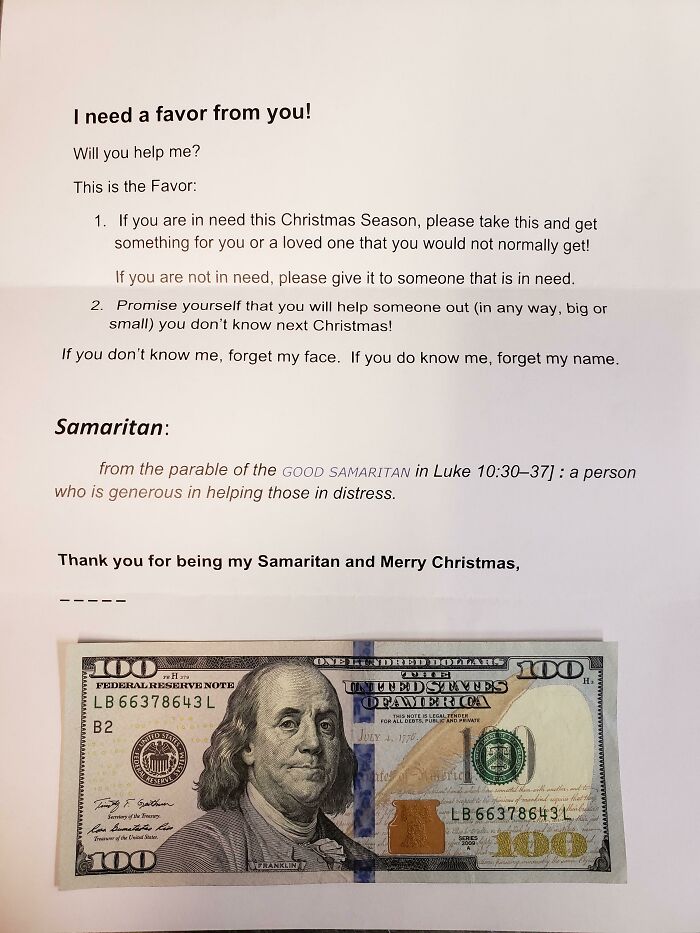 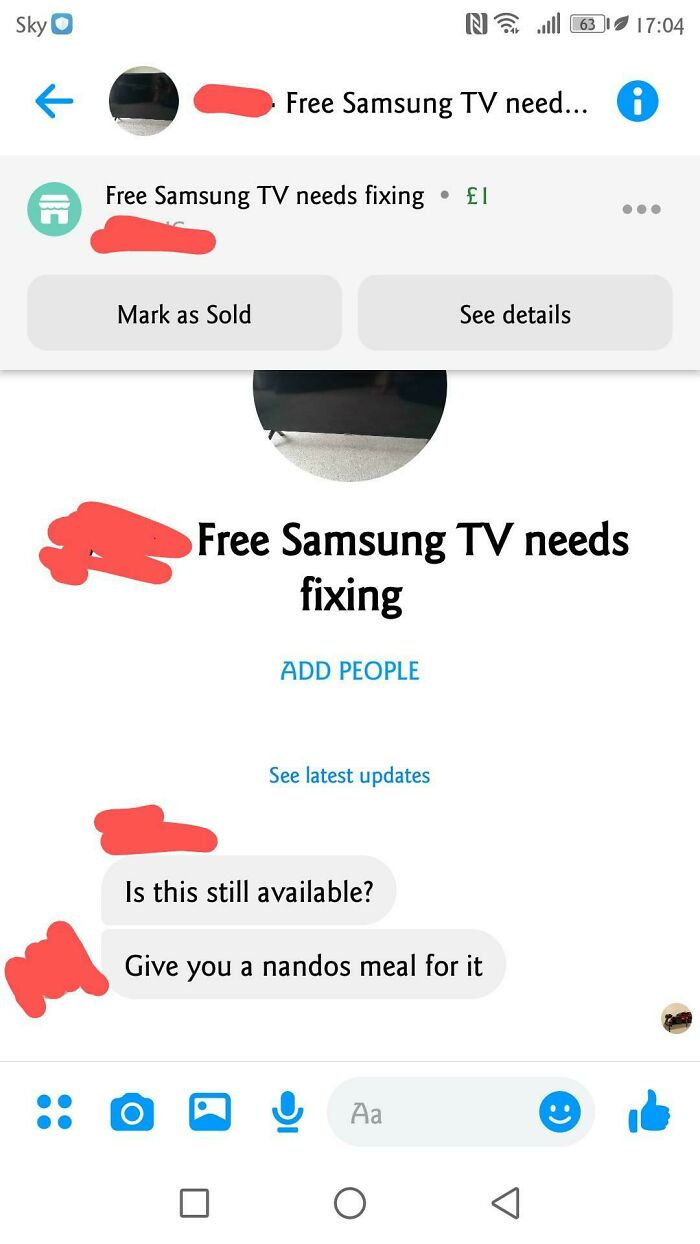 #26 One Of My Former Coworkers Absolutely Flooring Me With His Kindness. I’m 25, Have No Ged Or Driver’s License, And Live With Parents Who Aren’t Very Kind To Me. He Said He’d Probably Give Me The Car As Well 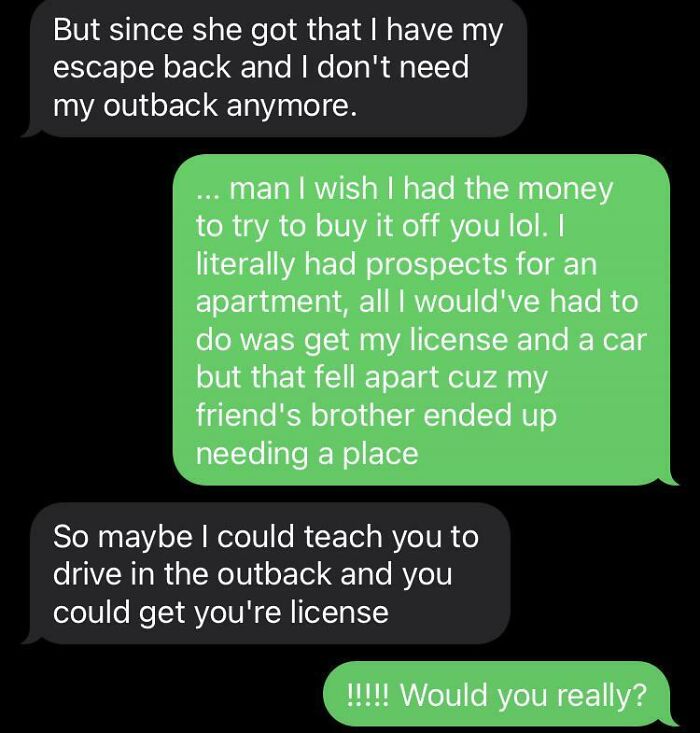 #27 Not Trying To Flex, Simply Hoping It Inspires Some To Give If They Are Able 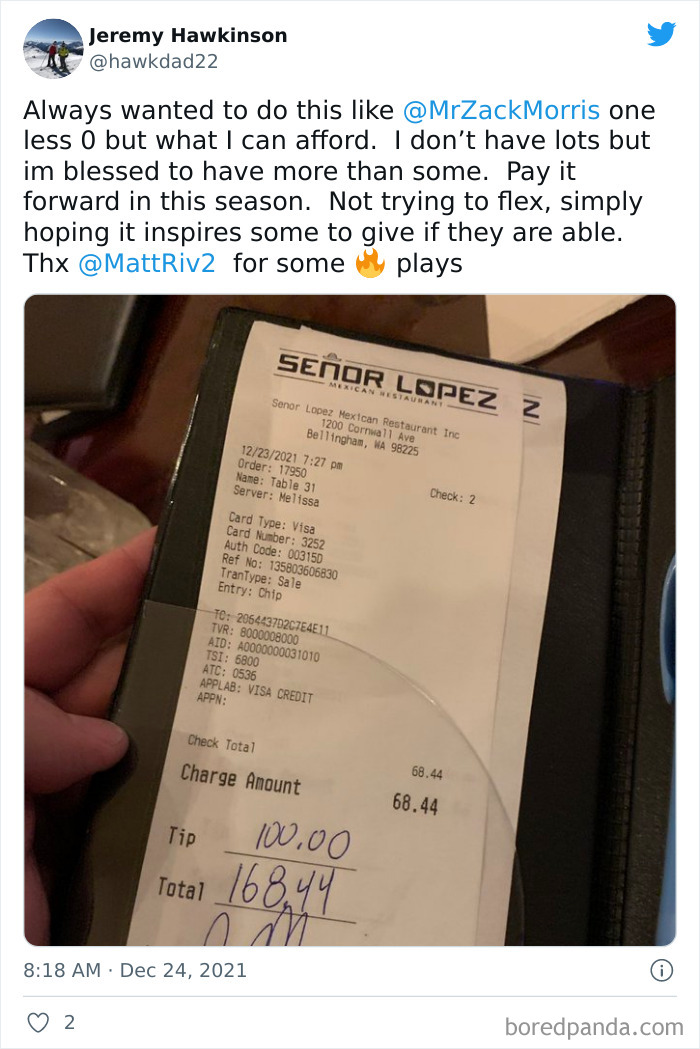 #28 My Friend, The Polar Opposite Of A Choosing Beggar 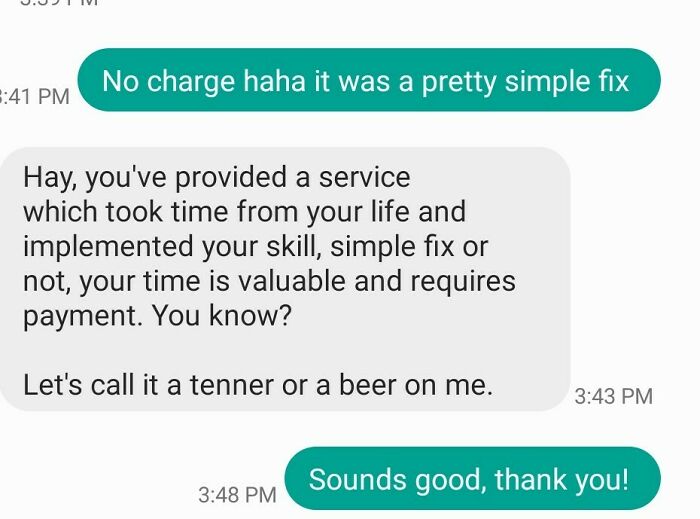 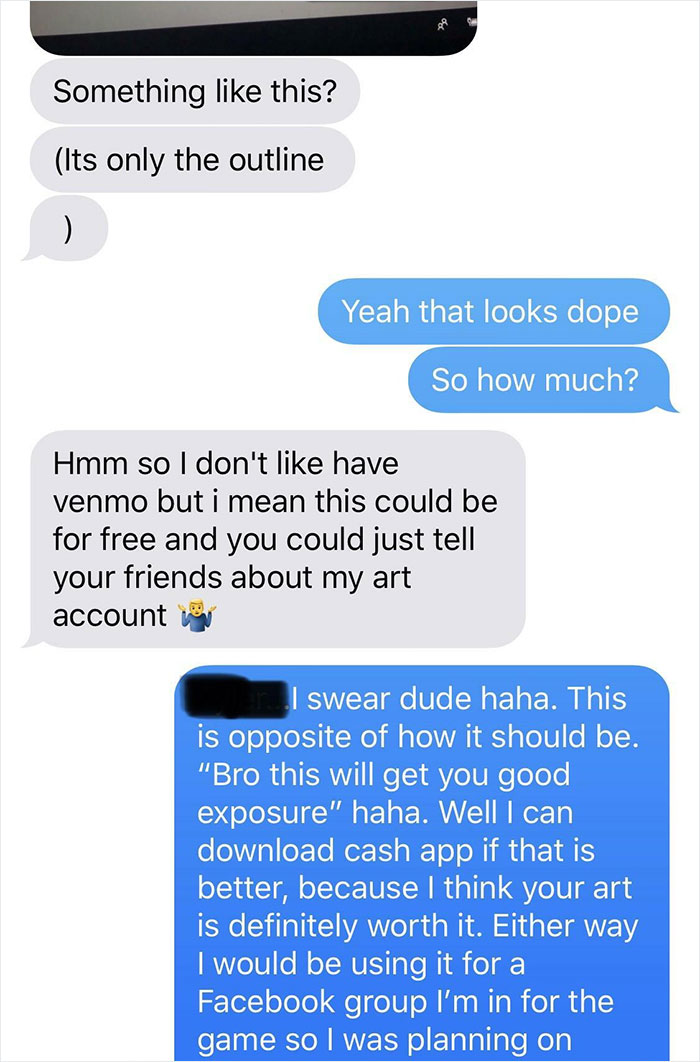 #30 The Opposite Of Choosing Beggars 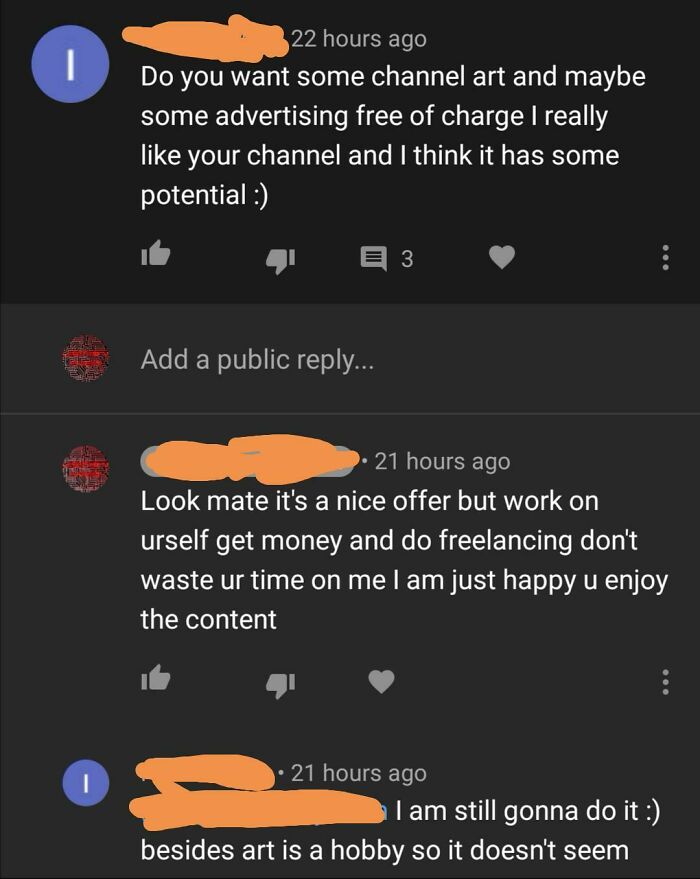 #31 My In-Laws Being Bros. A Skunk Has Made Itself At Home In Our Crawlspace And It’s Gonna Cost Us Over $4k To Get It Removed And Have The House Sealed. They Offered To Pay For It

#32 I’m A Pizza Delivery Driver. This Dude Hands Me A Receipt With A 25% Tip And Says “This Includes Hazard Pay” I Almost Teared Up 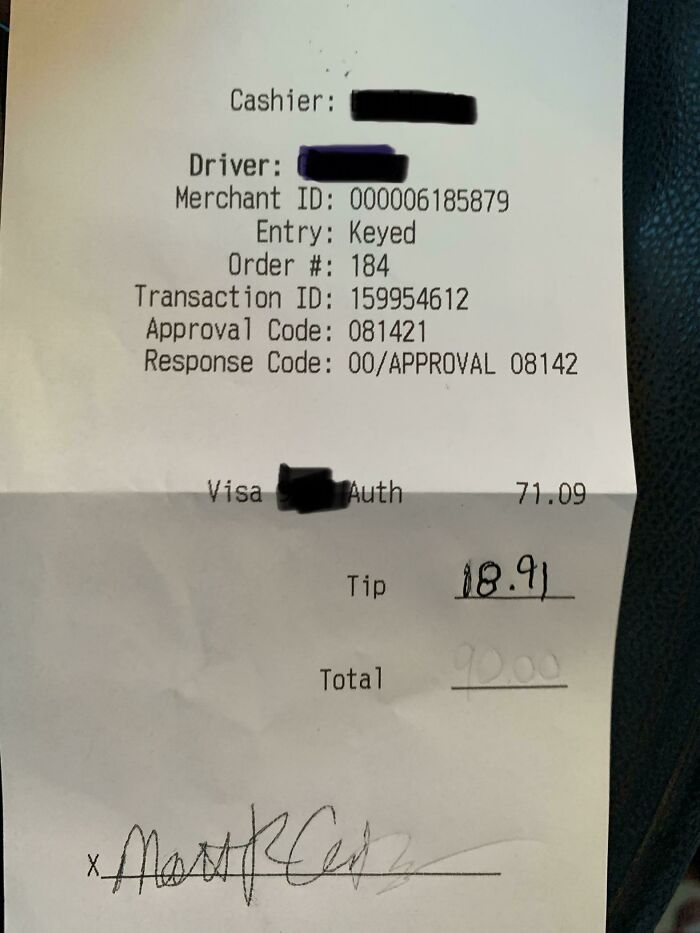 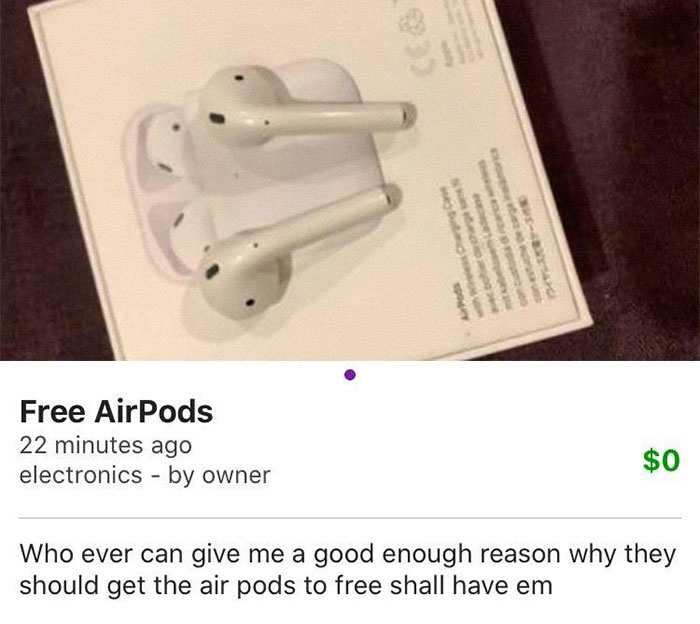