Having in mind how divided people are on the question of the vaccine, any news on the matter can intensify the debate even further. This is what happened when the news about Serbian professional tennis player Novak Djokovic broke, announcing that his visa to Australia was denied. This has made a lot of people question the player and the whole situation. Some people online decided to look at this matter from a more humorous perspective, so soon various funny memes and reactions started circulating on Twitter, most of them being against Djokovic being given the opportunity to participate in the Australian Open tennis tournament. 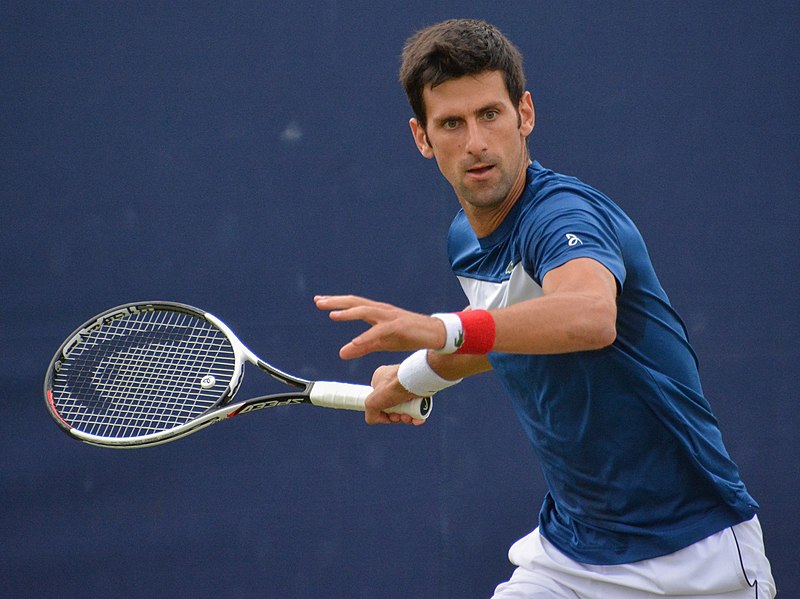 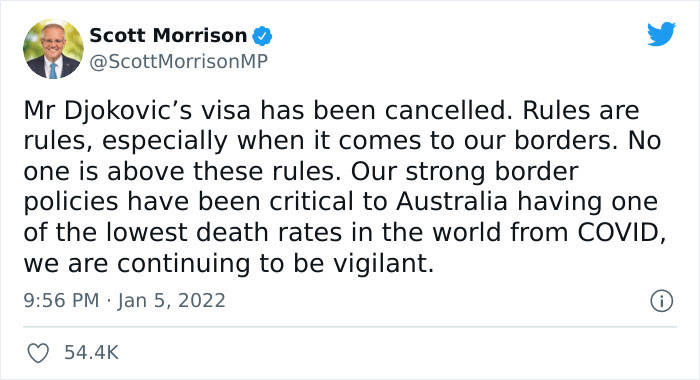 The Australian Open tennis tournament will start on the 17th of January this year and will end on the 30th of January. Given the situation that the whole world has to deal with, Australia is known to be a country that is succeeding in tackling the virus as 90% of its population have been vaccinated, and a requirement for all those who come to Australia to be vaccinated is in place. So those who were welcomed to participate in the tournament could only receive their visa if they are vaccinated. There are some exceptions made for those who cannot be vaccinated because of their medical conditions, but an exemption can only be granted in these severe cases with a credible explanation of the situation. One of the cases in which a person can be granted an exemption is when they are severely allergic to the vaccine. 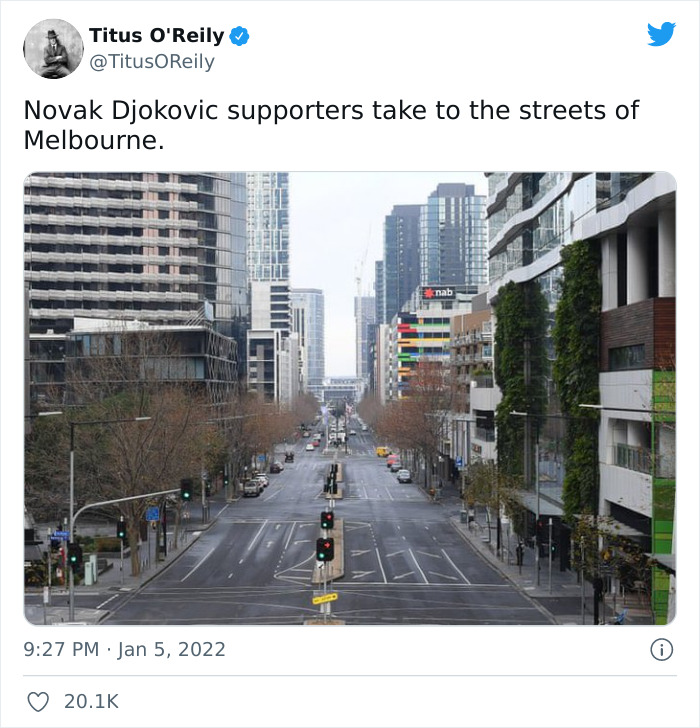 It is known that the player also tried to get an exemption in order to still be able to participate in the tournament. This only proved that Djokovic did not get vaccinated and has said some opposing thoughts about it. However, his beliefs clashed with the government requirements. So once he stated that he has been given an exemption, a lot of people were shocked and disappointed that his status outweighs the regulations that had to be followed by everyone. 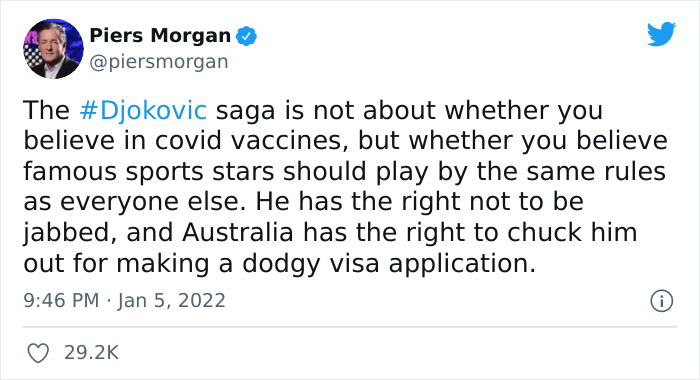 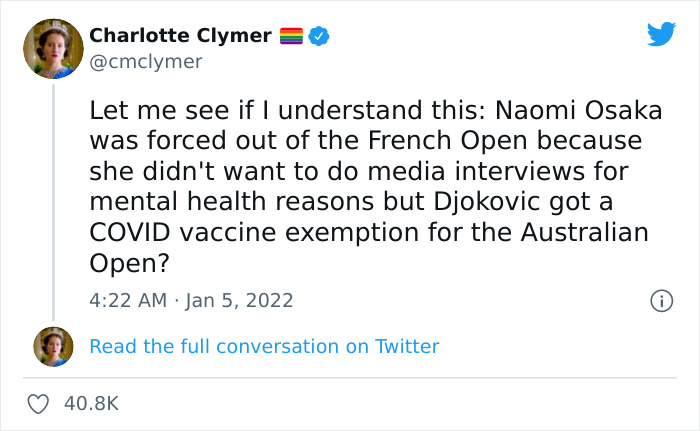 The player arrived in Melbourne on Wednesday night. Soon after, he was taken to an immigration room while his documents were reviewed, having in mind that he couldn’t be allowed to enter the country as he didn’t fulfill necessary requirements. Later he was transferred to a hotel for those who are held in immigration detention. Now he waits for a trial that should be held on Monday to see whether his visa will be denied. 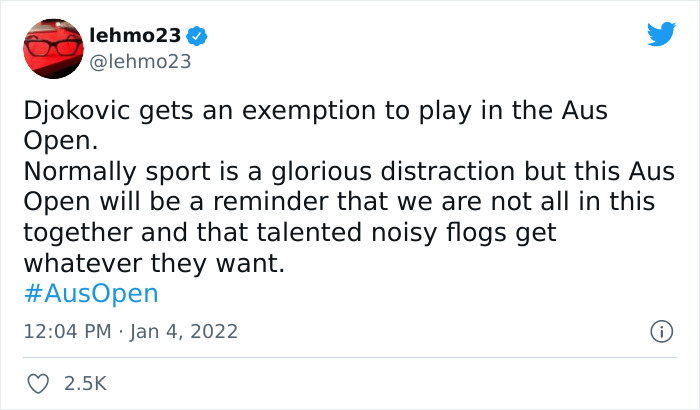 This situation gained a lot of attention as people want to know whether Australia’s government will keep its promise to treat everyone equally despite their status and wealth. Scott Morrison, Prime Minister of Australia, assured people that Djokovic will have to go through the same rules as everybody else. Despite tons of people disagreeing to justify his moves and even making fun of the whole situation, the player received support from his family as well as other people who thought that he’s been harassed. 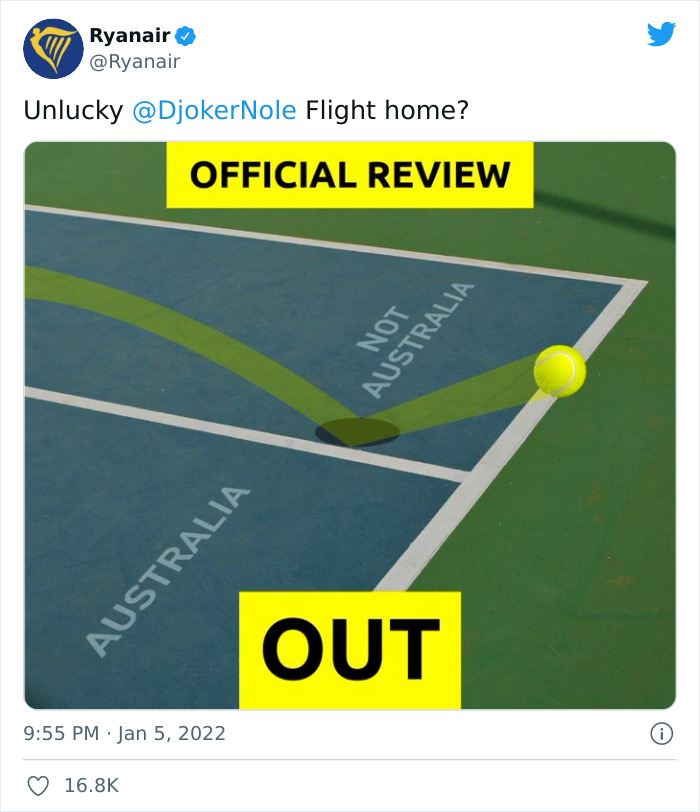 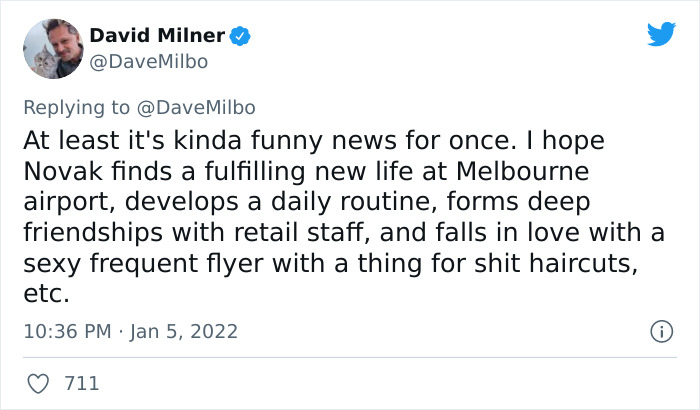 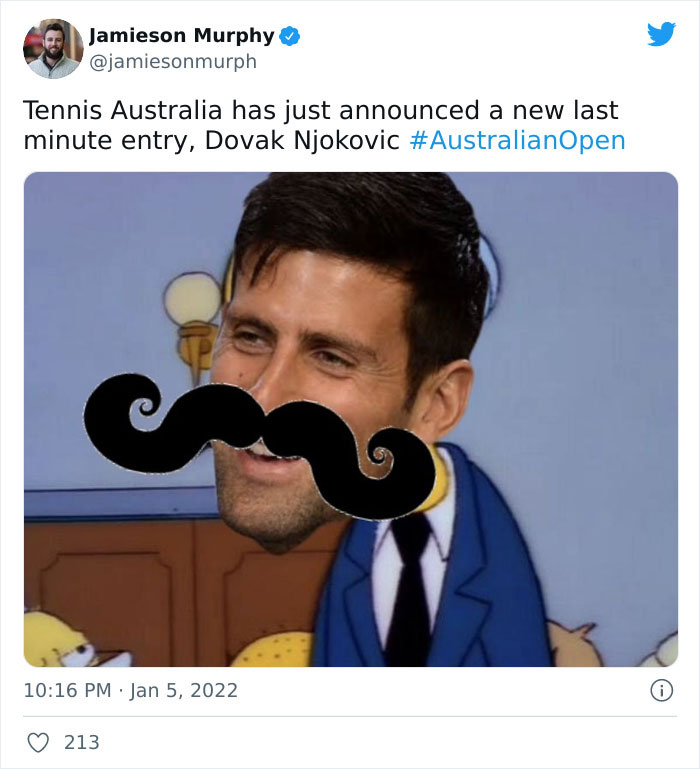 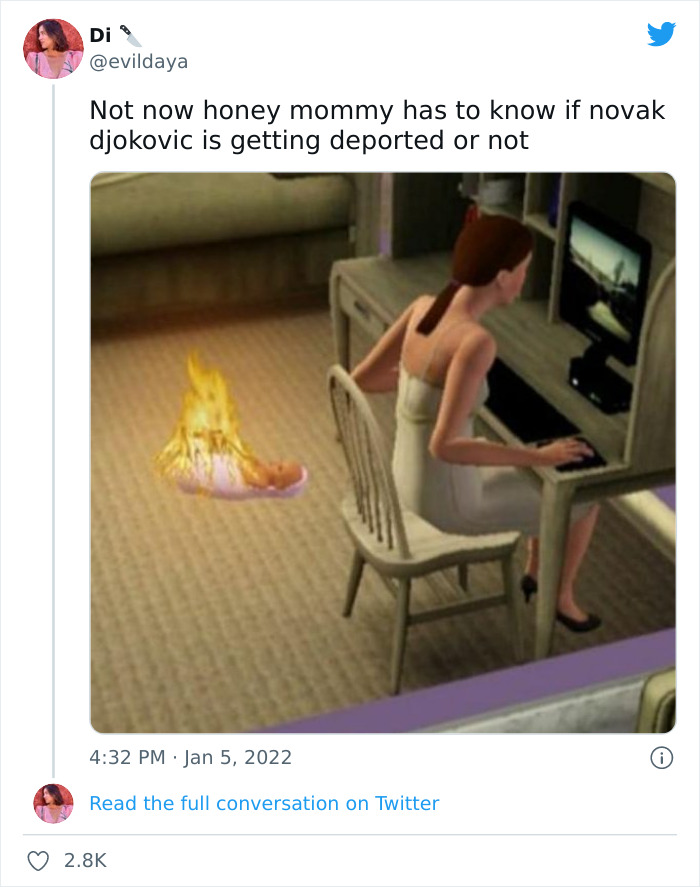 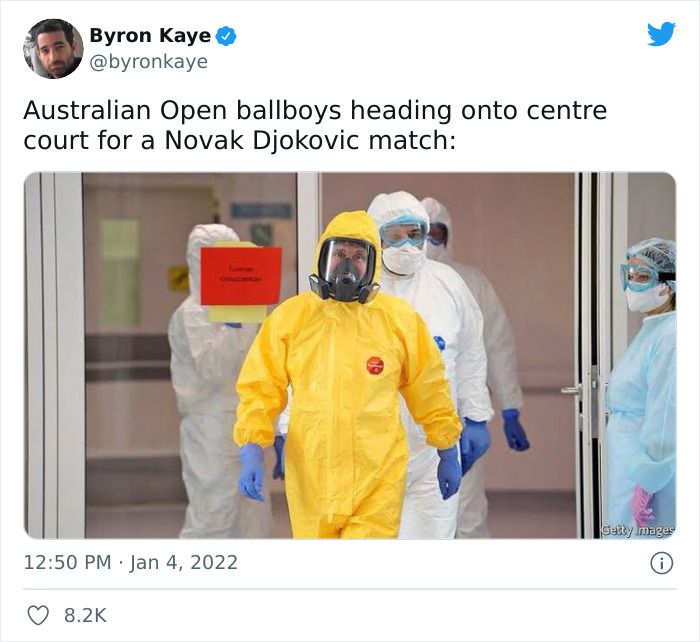 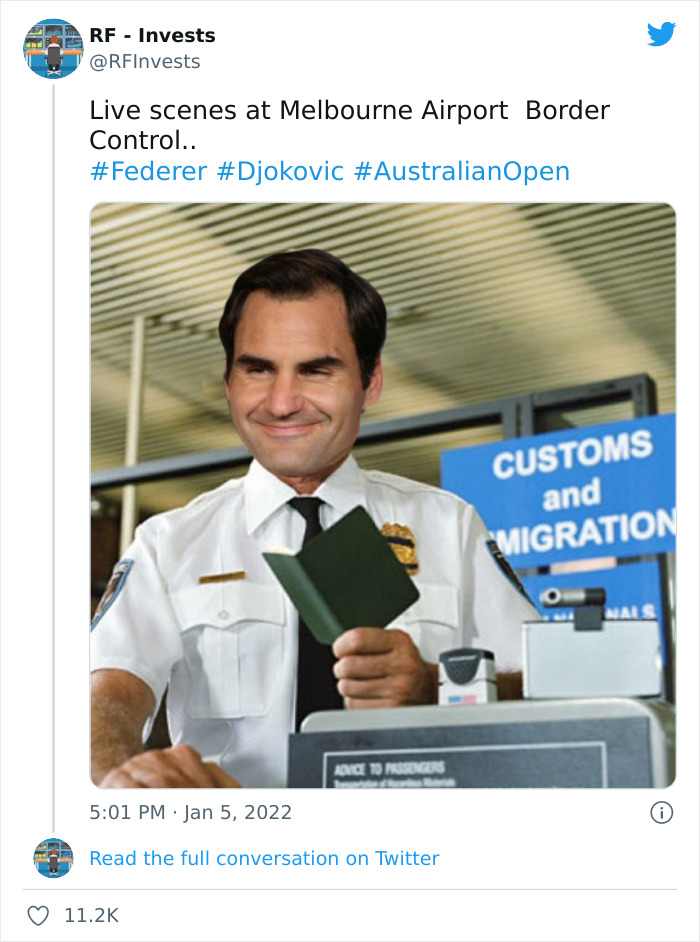 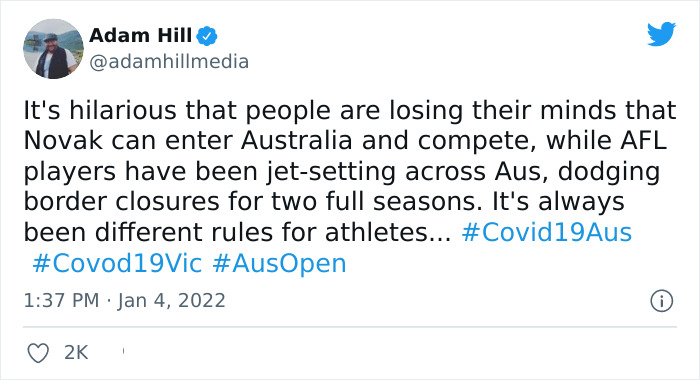 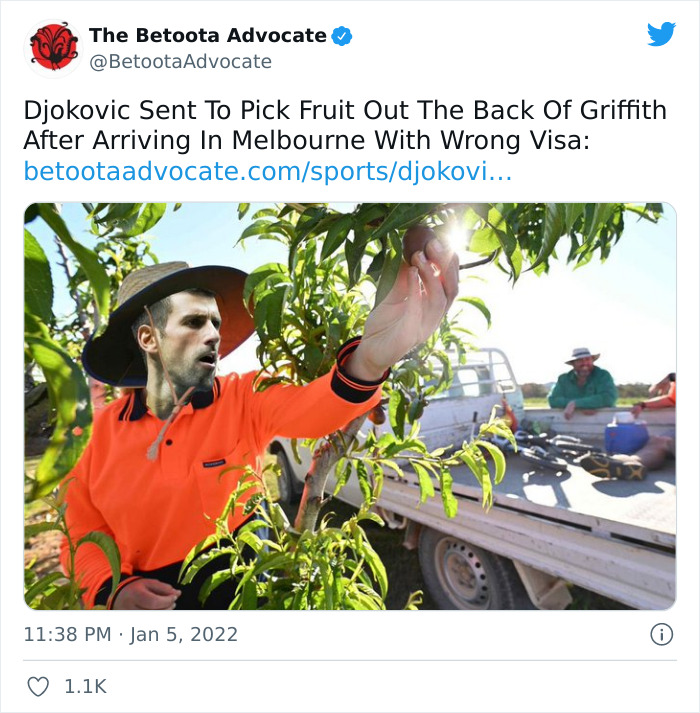 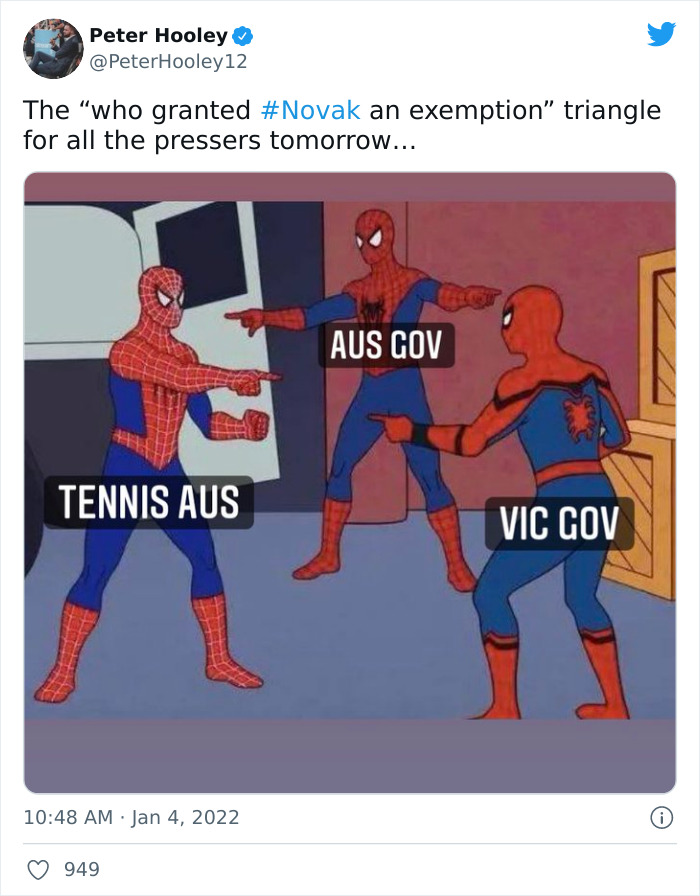 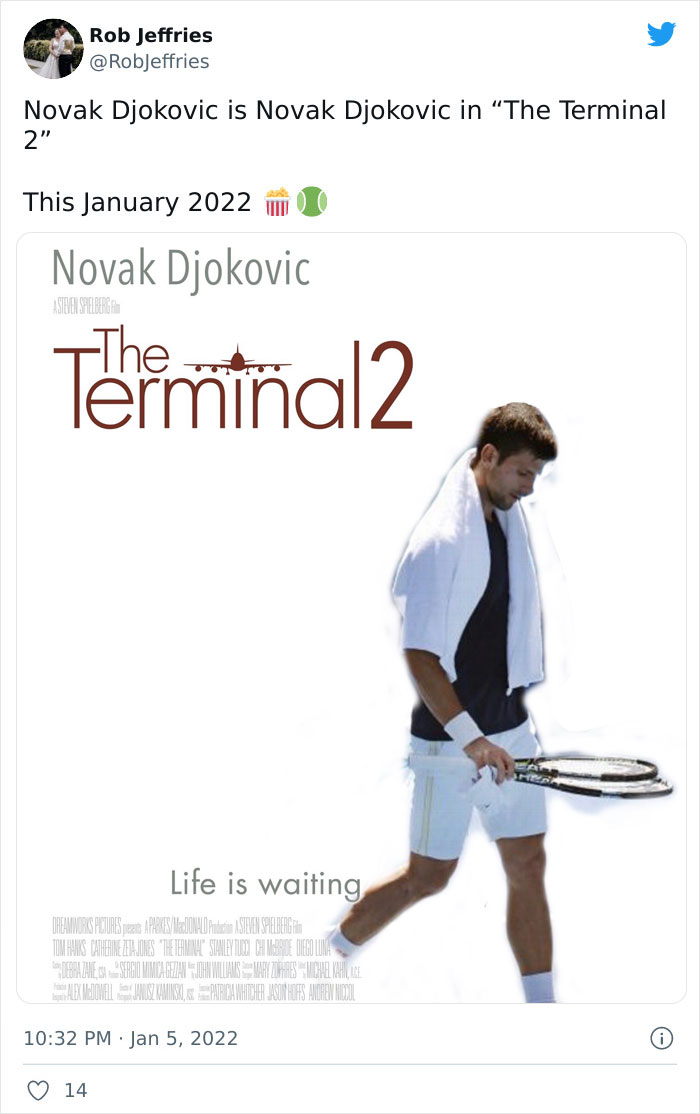 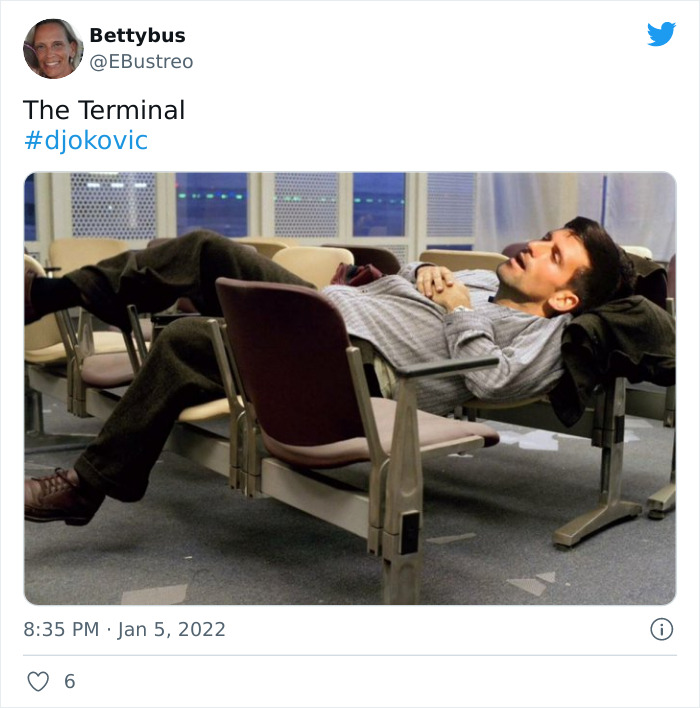 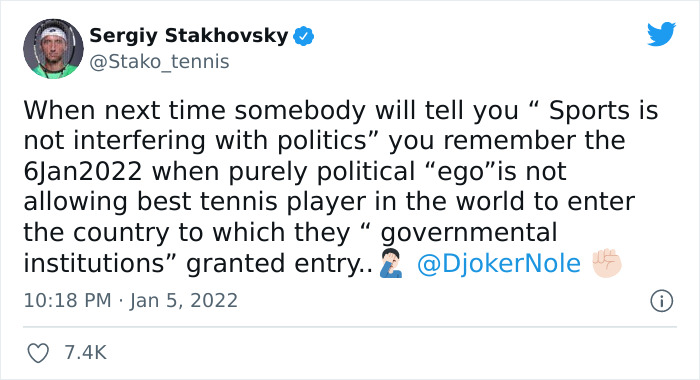 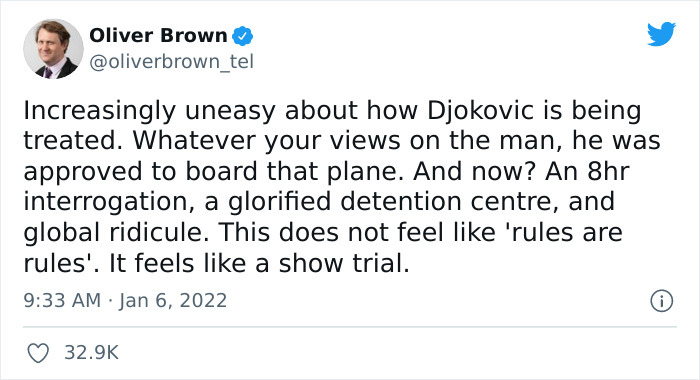