It’s not until you become a parent that you realize just how much of an issue eating really is. You’re not dealing just with a partner who keeps asking “so what do you wanna eat” every night any longer—no, dear Pandas, now you’ve got a toddler who does weird stuff with their food and is pickier than the critic in Ratatouille.

Humor writer and editor Kristen Mulrooney started up a hilarious but bizarre thread on Twitter that perfectly fits the mood this Spooky Season(™). She shared that her 2-year-old daughter hides her apple cores in an undisclosed area. The only clue is the word ‘underneath’… and it raises a ton of questions.

Inspired by this oh-so-relatable tweet, other parents shared their own kids’ weird and unusual eating habits. Odds are that these might seem very bizarrely familiar to many of you reading this.

Scroll down for a good dose of quality humor and remember to upvote the tweets that you enjoyed the most! Got any peculiar food-related habits that you’d love to share with the rest of the class? What’s your working theory as to what happened to the apple cores in Kristen’s home? Drop by the comment section. (Just don’t slip on the apple cores on your way there.) 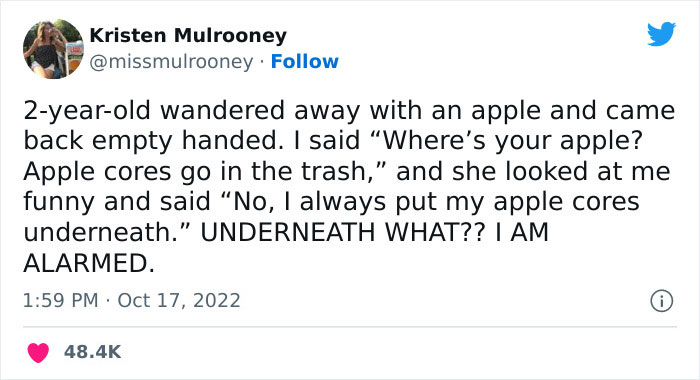 Based in a small town near Boston, Kristen is the winner of the 2022 Erma Bombeck Humorist-in-Residence program. Meanwhile, her writing has been featured in The New Yorker, McSweeney’s, House Beautiful, The Weekly Humorist, Popular Science, and elsewhere.

What’s more, she’s also an editor and contributor at The Belladonna, a satire and humor site. Kristen is also a published writer, having co-written the bestseller Gilmore Girls: The Official Cookbook. Her writing also appears in the humor anthology, Embrace the Merciless Joy: The McSweeney’s Internet Tendency Guide to Rearing Small, Medium, and Large Children. 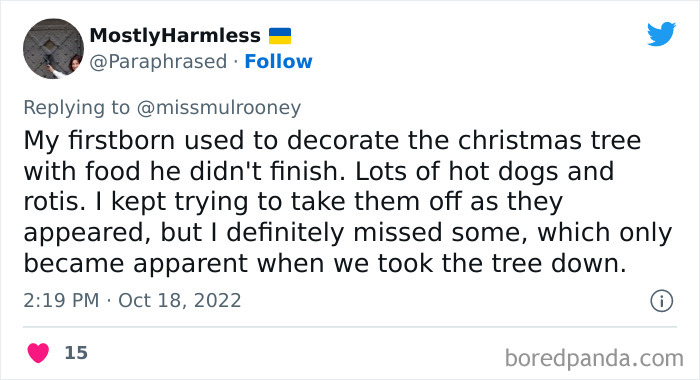 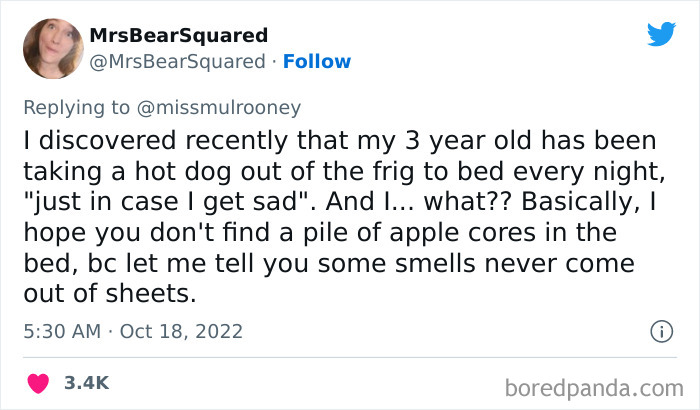 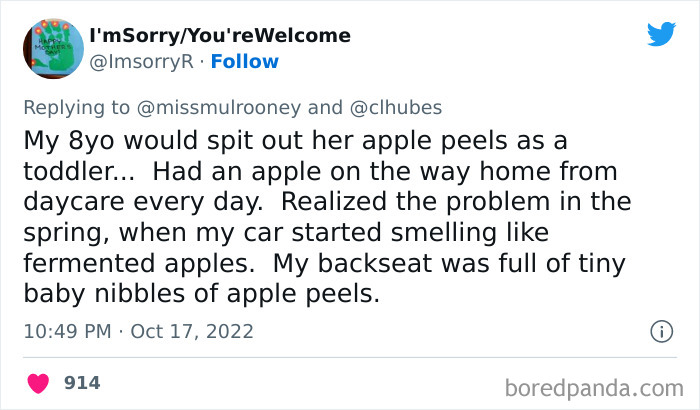 Humorist Kristen’s tweets are hi-la-ri-ous. If you enjoyed this thread, then you’ll probably like her other posts as well. Obviously, you’ll find the freshest comments on her Twitter account. However, if you want to read the best of the best, she shares them on her Instagram.

It’s incredibly relatable humor (especially what she noted about drinking more water), and we spent the better part of the morning laughing. 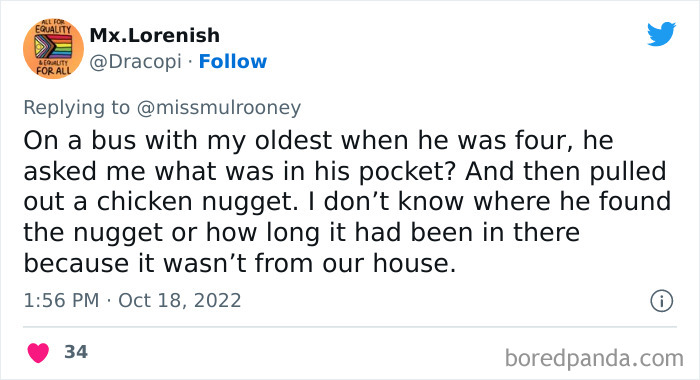 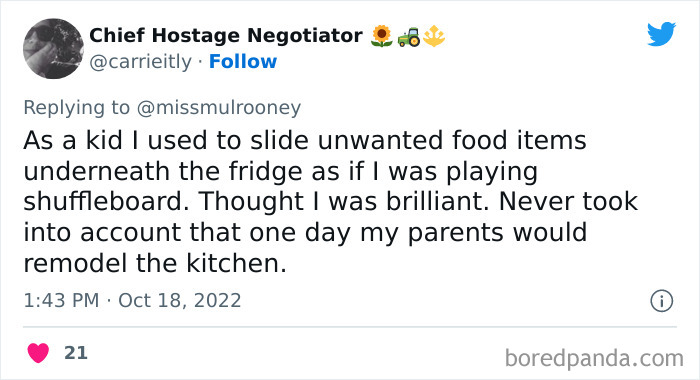 What Kristen and all the other parents on Twitter are getting at is that, when it comes to food, things are way more difficult than they ought to be. Whether we’re talking about hiding scraps or avoiding eating their veggies like it’s bedtime. Yours truly was an incredibly picky eater and would wake up at midnight to eat chicken drumsticks in the dark.

A while back, Bored Panda had a lovely chat with pie artist Jessica Leigh Clark Bojin about picky eaters and what parents can do to get their children to at least try new dishes. Creativity (and a smidgen of bribery when that does) goes a long way. 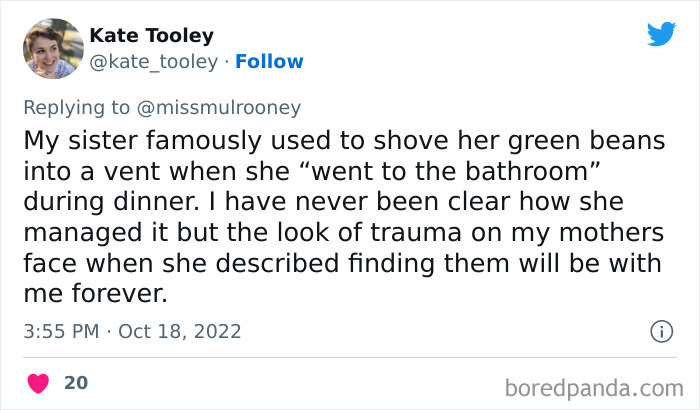 “My mum was occasionally successful in getting us to eat things we didn’t like by hiding the ingredients in other more innocuous foods. I refused to eat eggs in any form as a child. But I loved French toast, and never questioned the suspiciously-thick omelet-like covering on my syrup-drenched toast (I didn’t know that French toast involved eggs!),” Jessica shared her thoughts with Bored Panda during an interview, previously.

“She would also trick us by telling us the food we were served was actually a different dish—one that she knew we tolerated. For example, my brother and I hated salmon but loved tuna fish. It never struck us as odd that sometimes we were served ‘pink tuna fish’ because it turned out we were actually totally fine with salmon, we just didn’t like the idea of salmon for some reason,” the baking and cooking expert told us.

“Of course, when we were in our late teens our mum eventually fessed up and let us know that we had been eating eggs and salmon for decades and we might as well accept the fact that we like them now!” Jessica said. 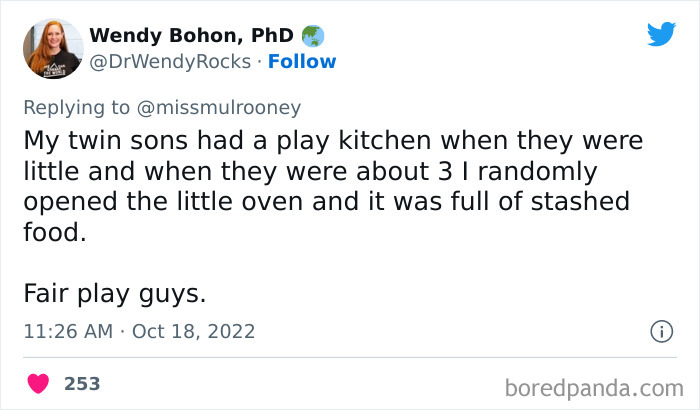 Alas, not every ingredient can be disguised as something else or hidden in mashed potatoes. Besides, kids are pretty insightful: some of them quickly catch on that you’re trying to broaden their palates. Though it’s not just kids who are wary of new dishes. Grown-ups have plenty of food-related hangups, too.

“I am ashamed to admit it, but I didn’t try a shocking number of different foods until I was in my late teens,” pie artist Jessica told Bored Panda that she barely ate any “vegetable that wasn’t a carrot.” Things changed as she grew older, though. 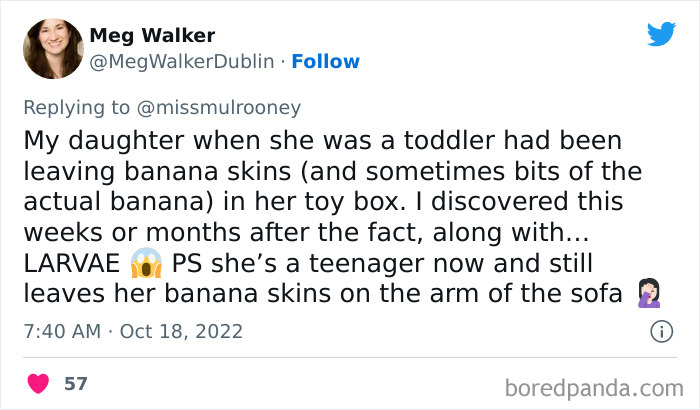 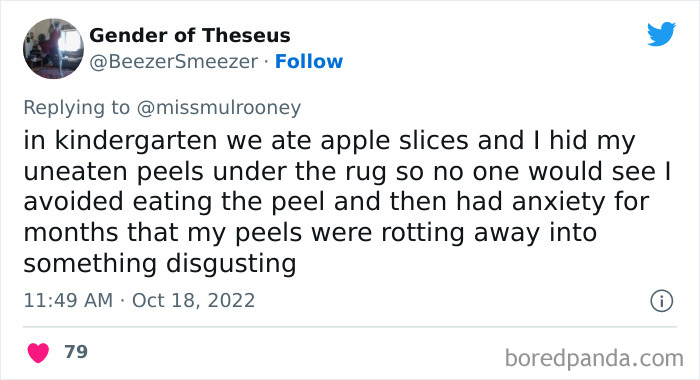 “It wasn’t until I was invited to my first boyfriend’s home for dinner that it occurred to me that it might be time to broaden my culinary horizons. His mother frequently cooked ‘weird’ (not actually weird at all, but new to me) foods that I had always assumed I hated,” she said. 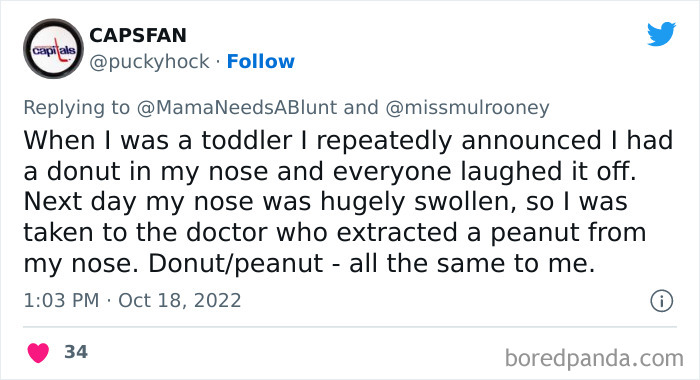 “But out of a desire to not offend her, I, for the first time in my life, ate the hated foods… and it turned out I liked them! Societal pressure trumps parental tricks, threats, and bribery every time,” the food expert joked. 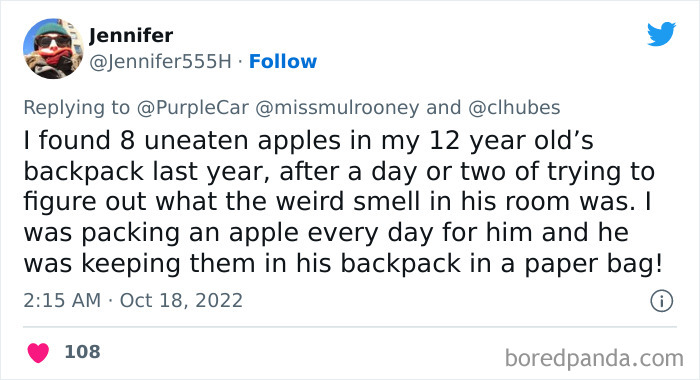 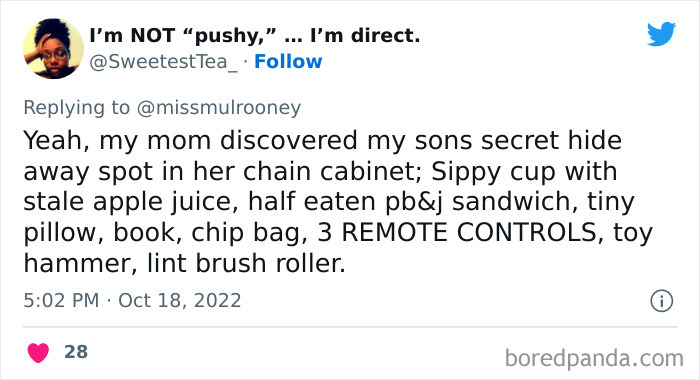 Meanwhile, recently, comedy writer Ariane Sherine explained to Bored Panda that the secret behind an impactful tweet or social media comment is making the post “short and snappy.”

She added that most people on Twitter “are lovely” and that creators attract the types of followers that match their content. “I find you get back what you put out—post negative tweets, you attract negative people, and the same is true of positive tweets.” 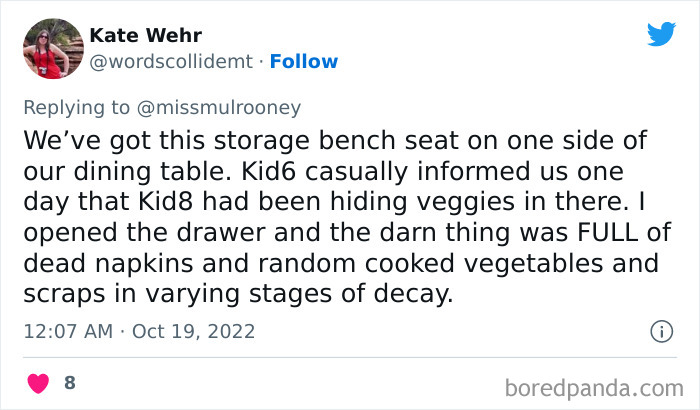 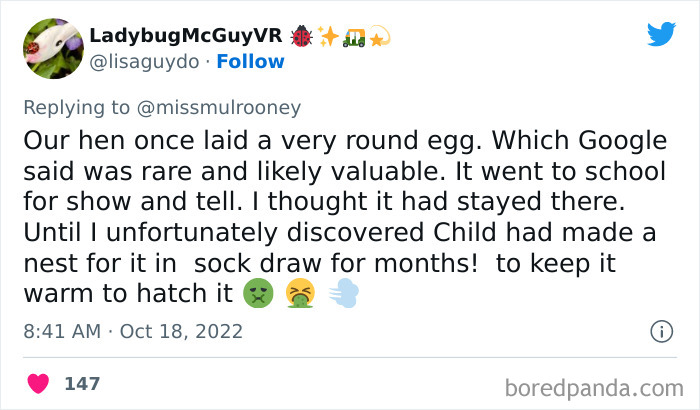 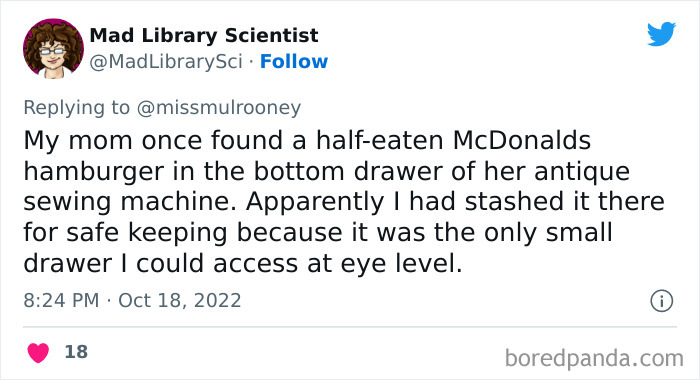 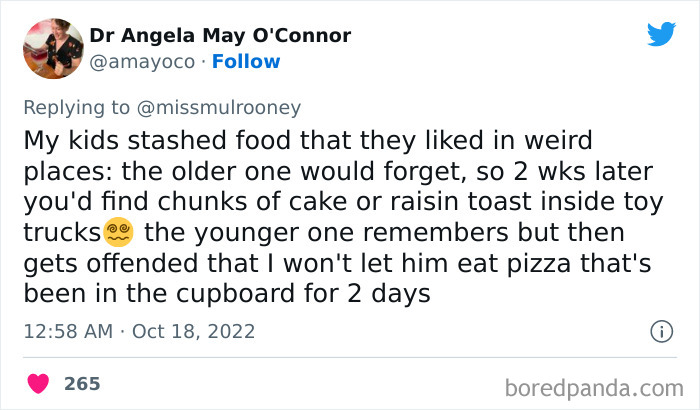 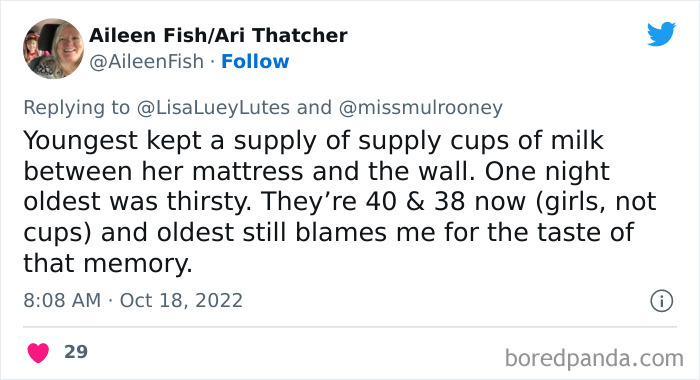 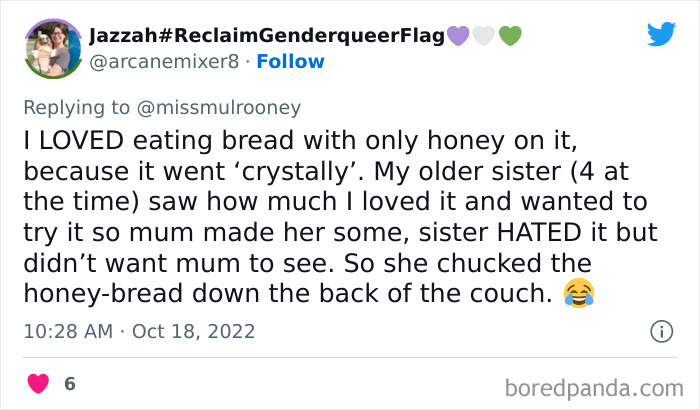 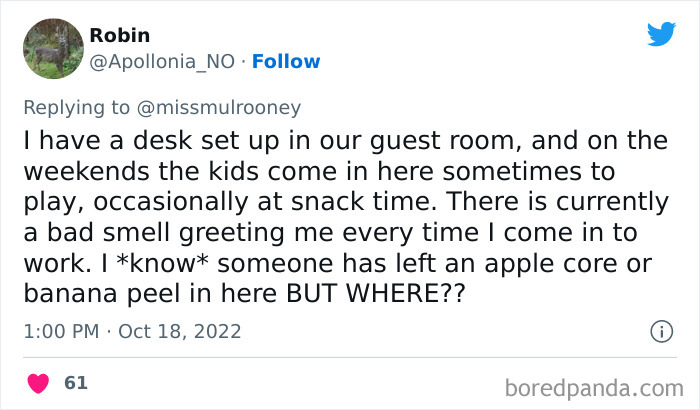 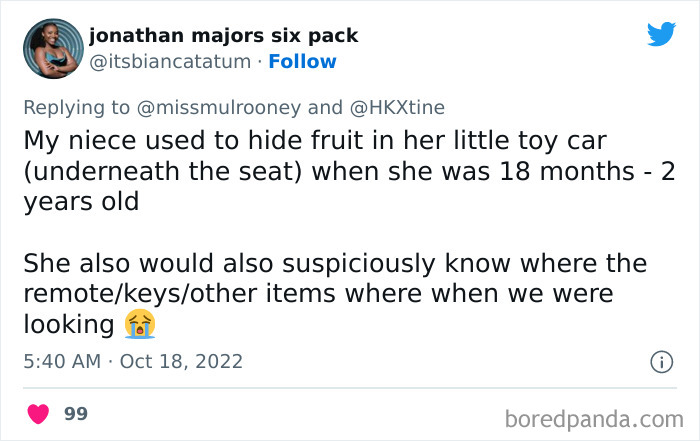