Changing the clock two times a year is a headache for most people, especially when going into daylight saving time or summer time, because we turn the arrow forward and that means we lose an hour of sleep that night. Not only that, many complain that they struggle to adapt to the new time in the following days or weeks.

Surveys show that the majority of people would like the time change to stop and it seems that it is a possibility in the US, where a bill was passed to make daylight saving time permanent. It is not set in stone yet, but the news of this decision prompted some funny reactions on Twitter, so let’s find out what the public sentiments are. 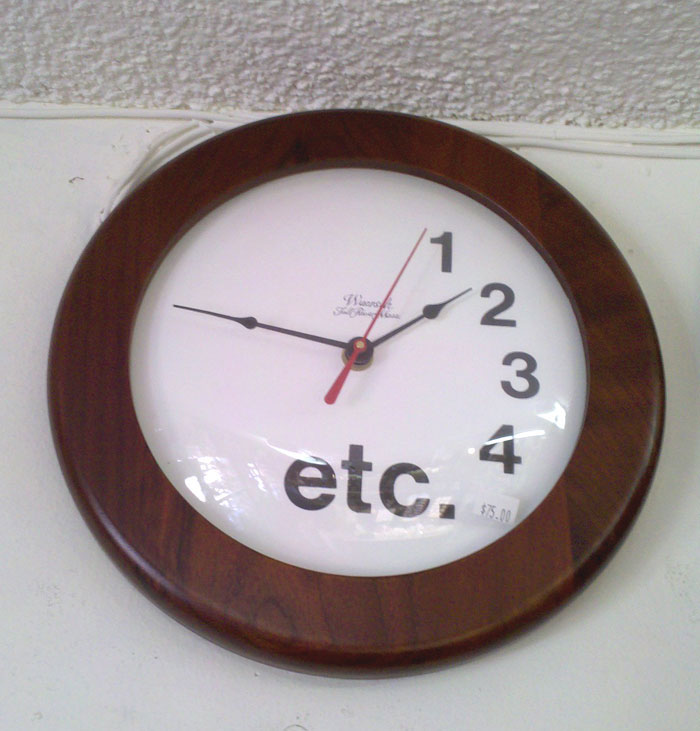 On Tuesday, March 15, the US Senate unanimously passed The Sunshine Protection Act which would make daylight saving time, also known as summer time, permanent beginning from 2023. To become a law, the bill must also be signed by the House and President Joe Biden.

Sen. Marco Rubio of Florida said that he is not sure what the House can decide to do but he thinks that the time has come for this conversation to be realized.

Another Senator, Patty Murray, thinks that this has to be signed as soon as possible and said, “I urge my colleagues in the House to act as swiftly as the Senate — let’s get this bill on President Biden’s desk and deliver more sunshine to Americans across the country.”

There were many surveys conducted by various organizations in order to find out how Americans feel about changing the time twice a year. And the results were always the same: the majority wanted it to stop.

According to a AP-NORC poll from 2019, 71 percent of Americans wanted to stick to the same time all year round. The question that divided people was which time the country should stay in. 31 percent wished daylight saving time was permanent while 40 percent said they would prefer standard time.

The latest Economist/YouGov Poll made in 2021 shows that 63 percent of adult citizens agree that they should stop changing the clock, but again, opinions were divided when they were asked which time should remain. According to the results of this survey, more people thought daylight saving time made more sense to have all year round. 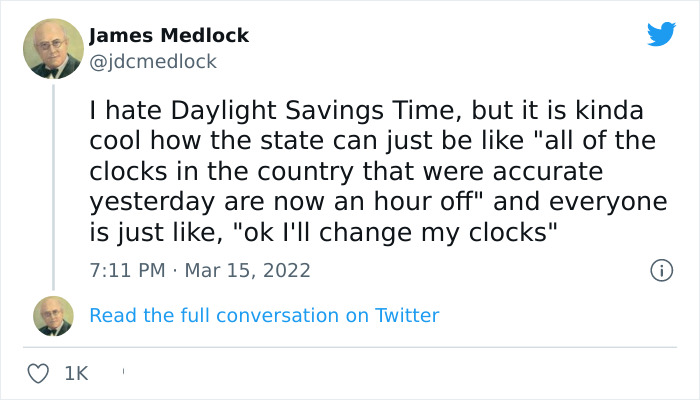 Americans are not only ones that see setting our clocks to different hours to be stupid. After receiving 4.6 million responses from all of the 28 countries in the European Union back in 2018, the European Commission presented the survey’s results. It appears that 84% of respondents were in favor of just leaving one time all year round. 76 percent of respondents noted that changing the time twice a year is a ‘very negative’ or ‘negative’ experience.

Many countries have already abolished time change and now mainly only North America and Europe with some countries in South America, the Near East and Southern Australian states still stick to it.

So why was it introduced in the first place? Just as the name suggests, it has to do with saving daylight. In the summer, to make the most out of the sunlight, we set our time one hour forward and use less electricity in the evening. Also, because the day seems longer, maybe people spend more time outside the house and save electricity in this way. 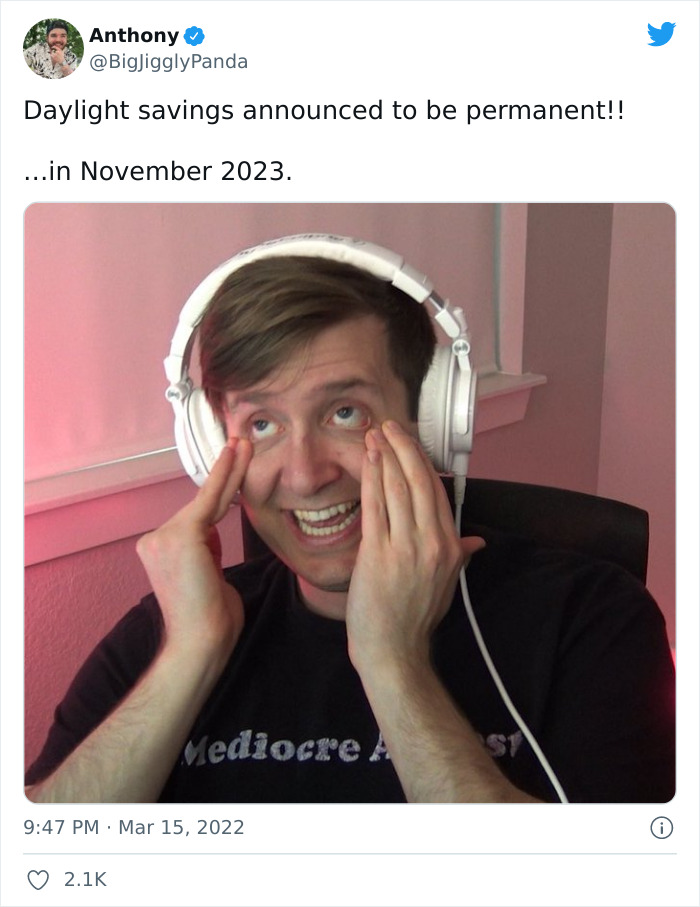 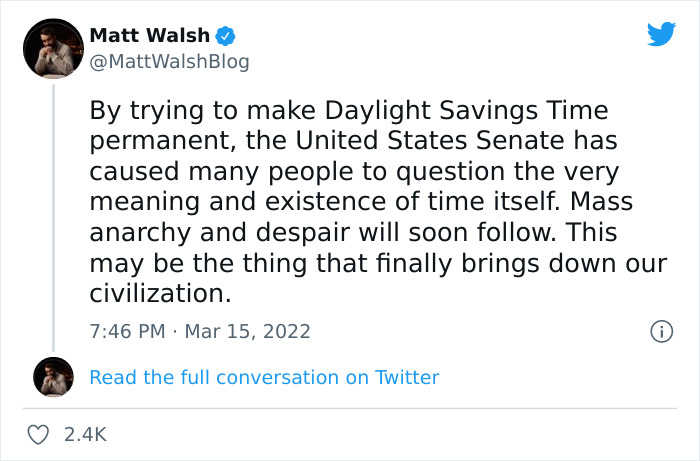 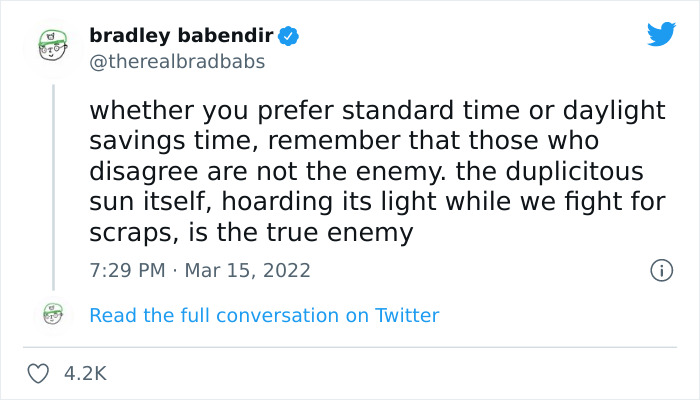 However, it has a toll on people’s health. People report that their pattern of sleep gets messed up, which then contributes to our metabolism changing, which can cause weight gain. It also contributes to mood instability, irritability, and increased risks for accidents while driving or working. It’s also ironic that companies trying to save money by saving electricity actually lose it because of how tired their employees feel.

Do you live in a country where you have to change the time? Would you like to stop? Do you think that this law will be passed in the US by the House and Biden? Also, which of the reactions do you relate to the most? Let us know your thoughts and your own reactions in the comments! 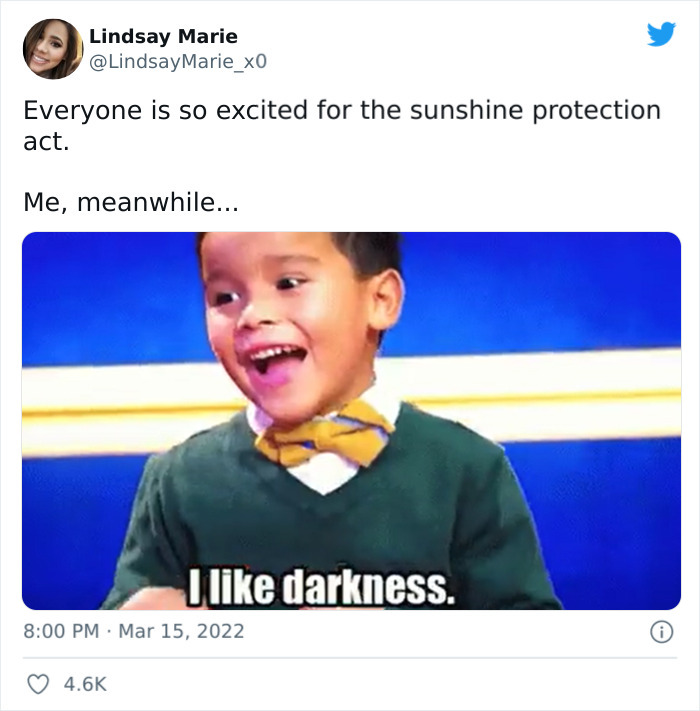 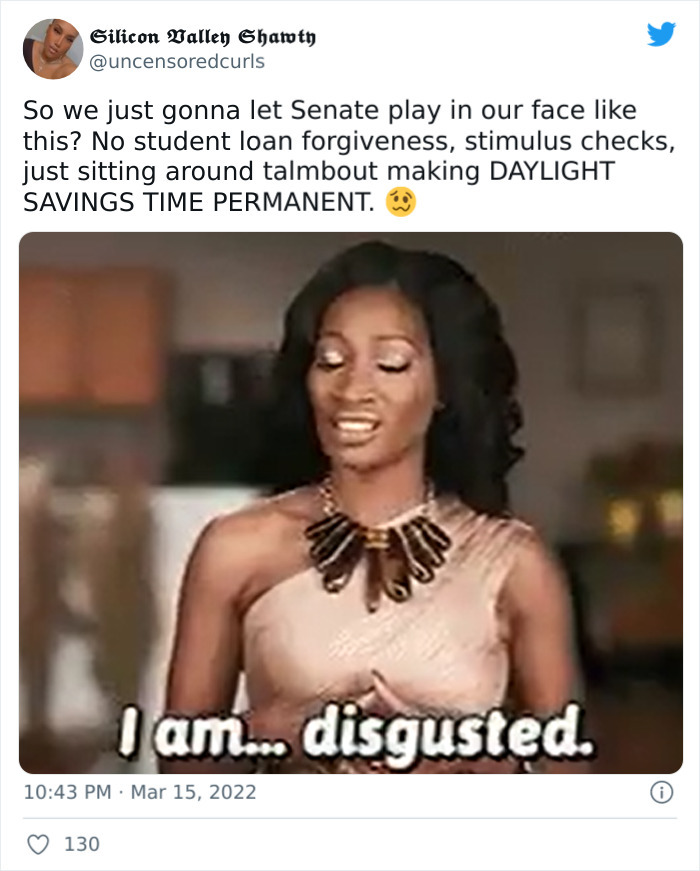 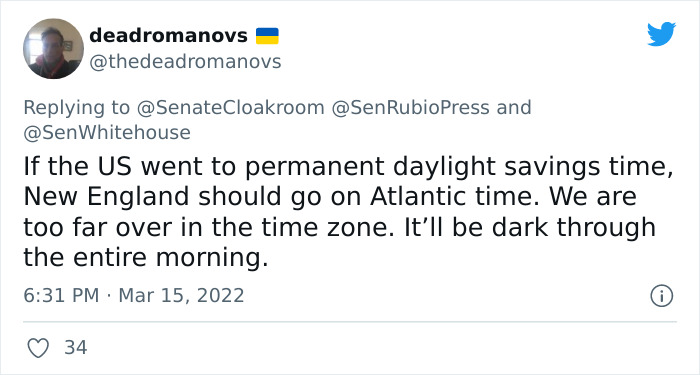 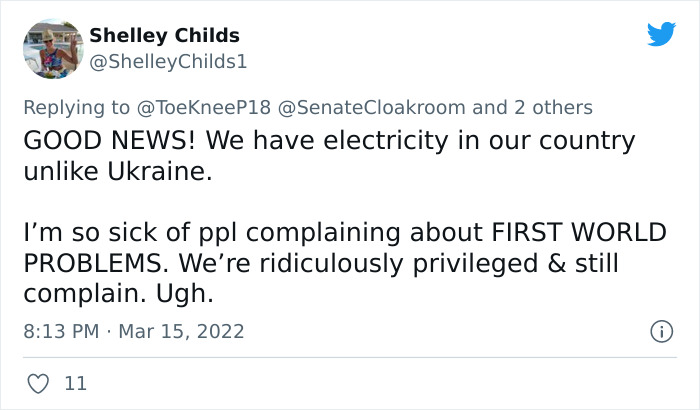 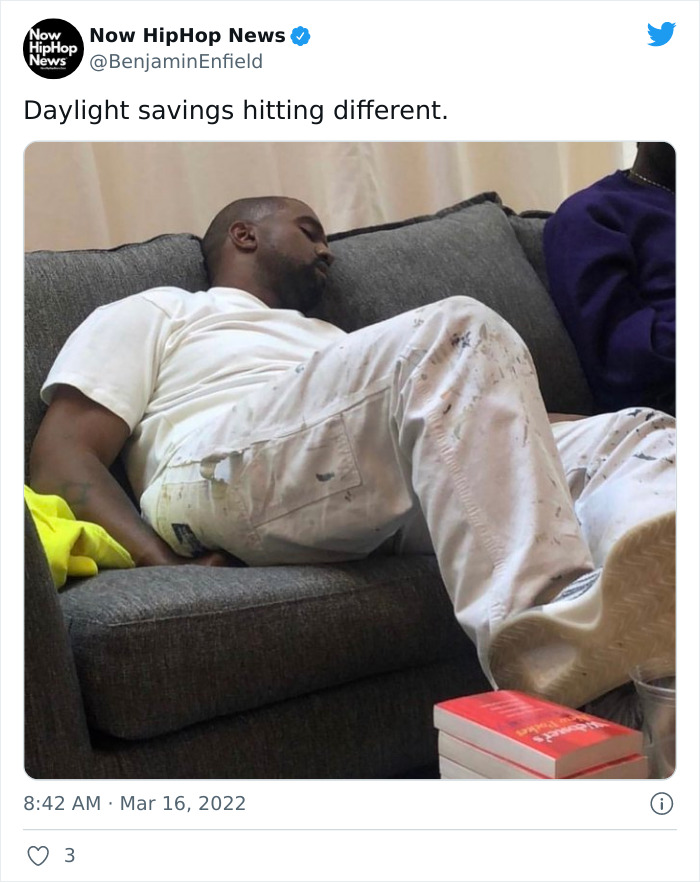 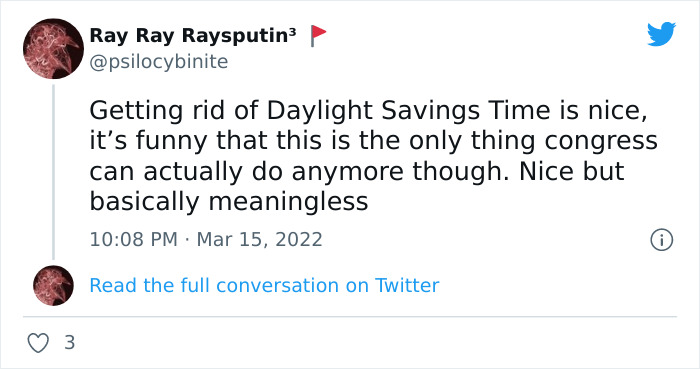 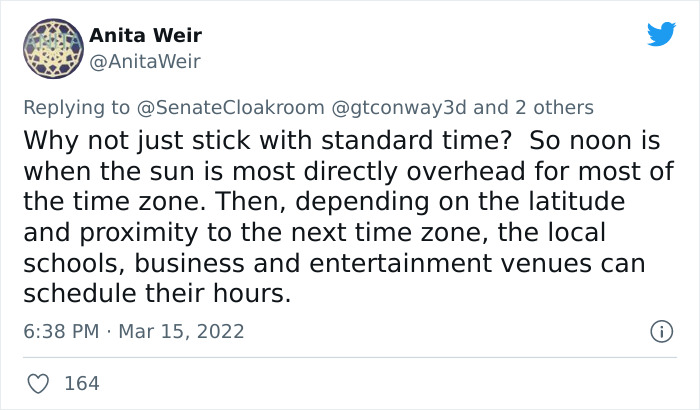 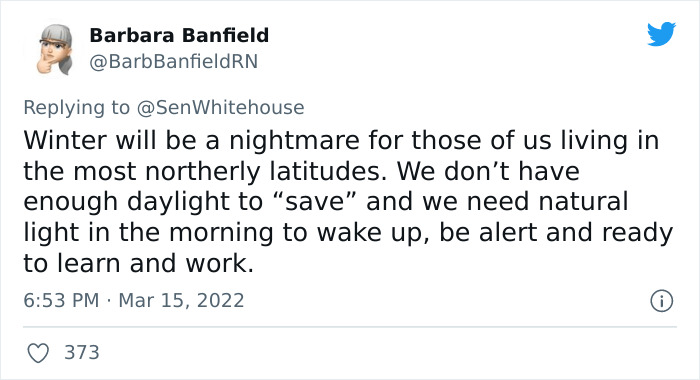 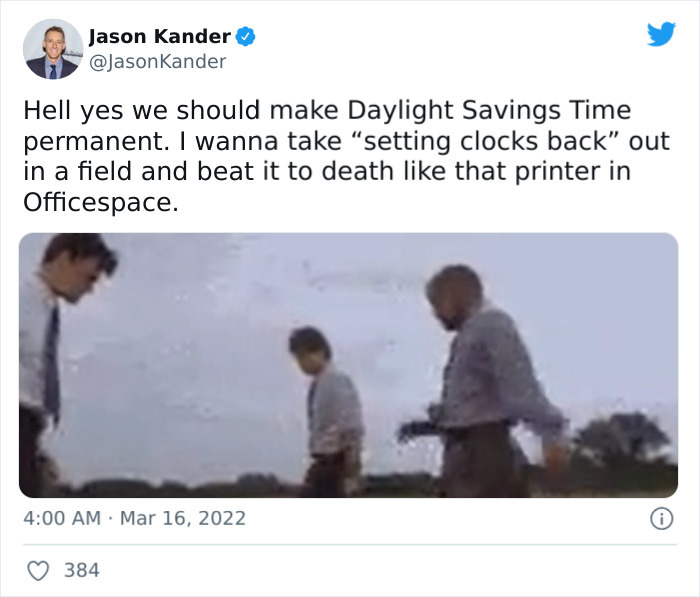 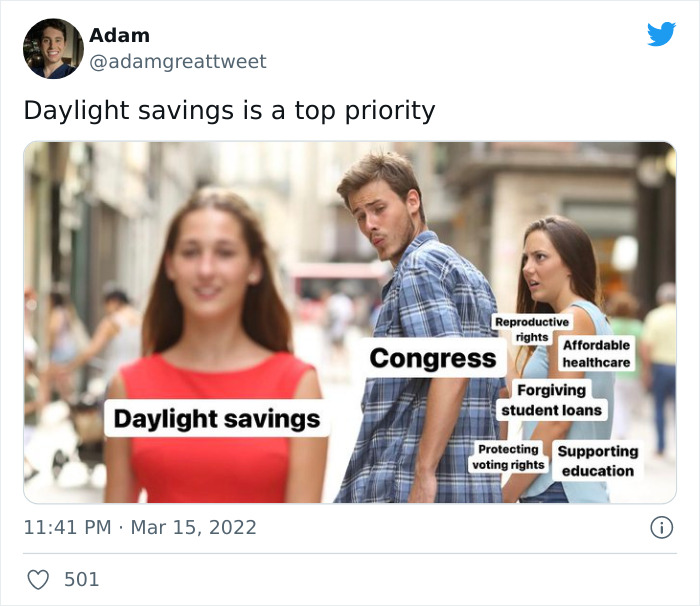 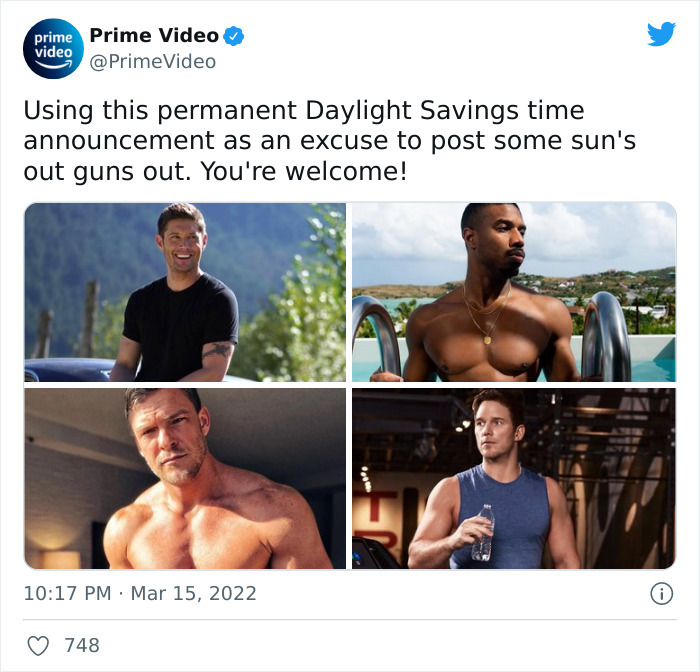 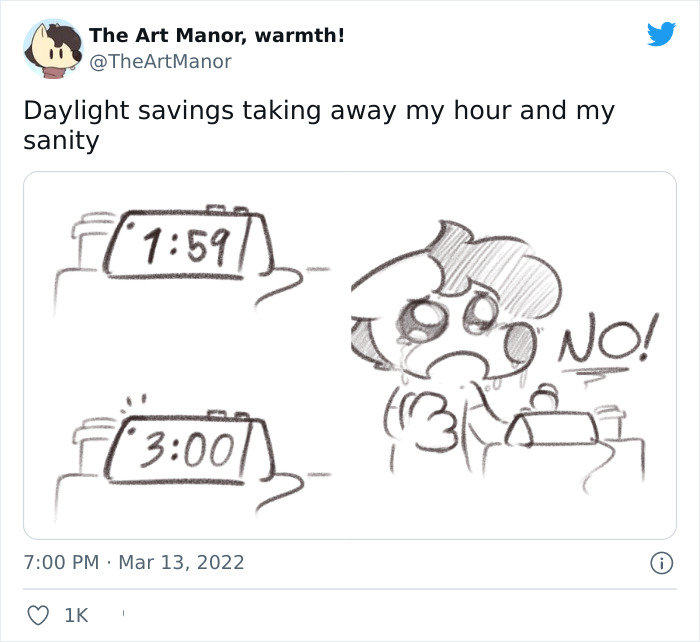