We live in the times of the cruel job market where you basically have to shower in a sea of cold “Good luck in your future endeavors!” application rejections to even get to the point of an interview with absolutely no promise of getting a position.

Getting rejected is something all job seekers grow accustomed to, even though it melts your confidence with each letter, leaving you with a sense of last hope until you finally get your job and everything suddenly seems like a bad dream, a nightmare, to be honest.

So it’s only fair that many workers do everything they can to maintain their job even if that means they have to put up with the boss from hell. The subreddit “Antiwork” is a shelter for those who think of ending work, including those who have had enough of their employers and had to expose their deeds online.

Below is a list of the worst screenshots submitted by employees who basically deserve a medal for their patience. Scroll down and be sure to share your own experiences working with a bad boss in the comments, if you have one. And if you don’t, then we are happy for you! 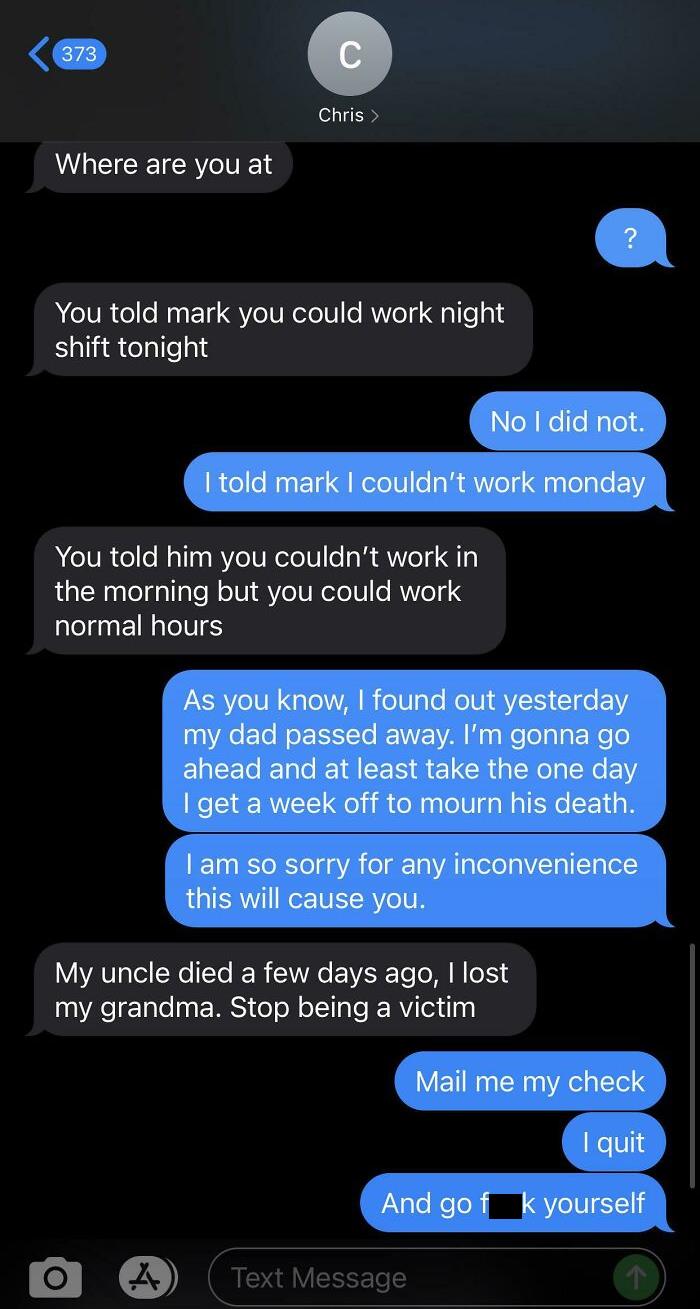 #3 I Made The Mistake Of Calling In Sick For My Shift 8 Hours Before It Started. No Regrets

#4 Quit My Job Last Night, It Was Nice To Be Home To Make The Kids Breakfast And Take Them To School Today! Off To Hunt For A New Opportunity, Wish Me Luck

#5 Got My Beer Balls On Right Now, I Think I Made The Right Decision

#7 My Girlfriend Works At A Recovery Home For Old People And People Who Need Help Physically And This Is What Her Boss Sent Her. 2 Weeks Later Her Coworker Came In With Covid And One Of The Patients Died From It 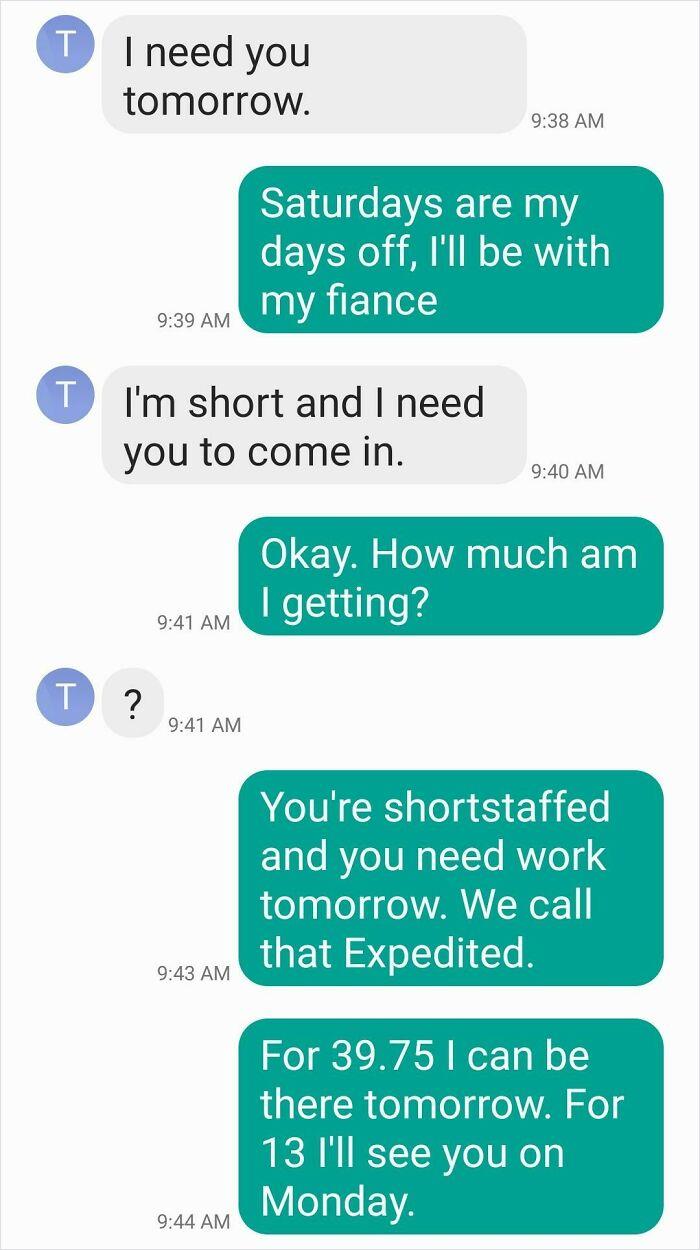 My apartment hadn’t had power for two days and was forty degrees, the roads were still completely frozen and everyone was getting into car accidents, and I was 3 months pregnant.

#10 Fact: Sh*tty Managers Is Why No One Wants To Work 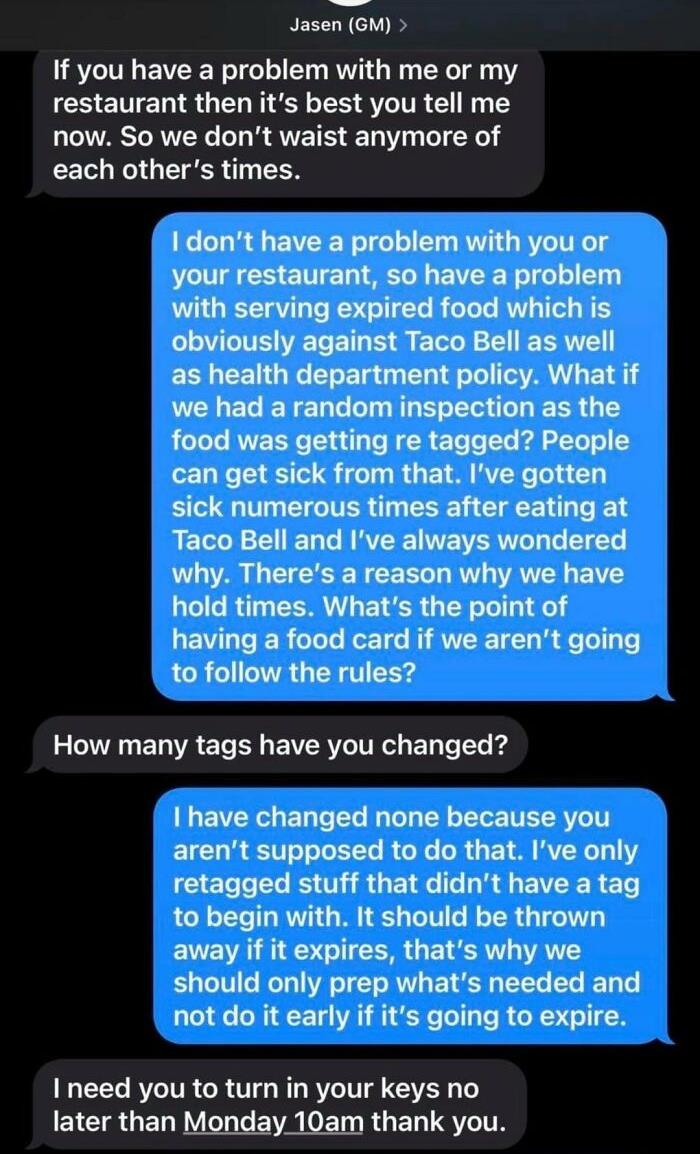 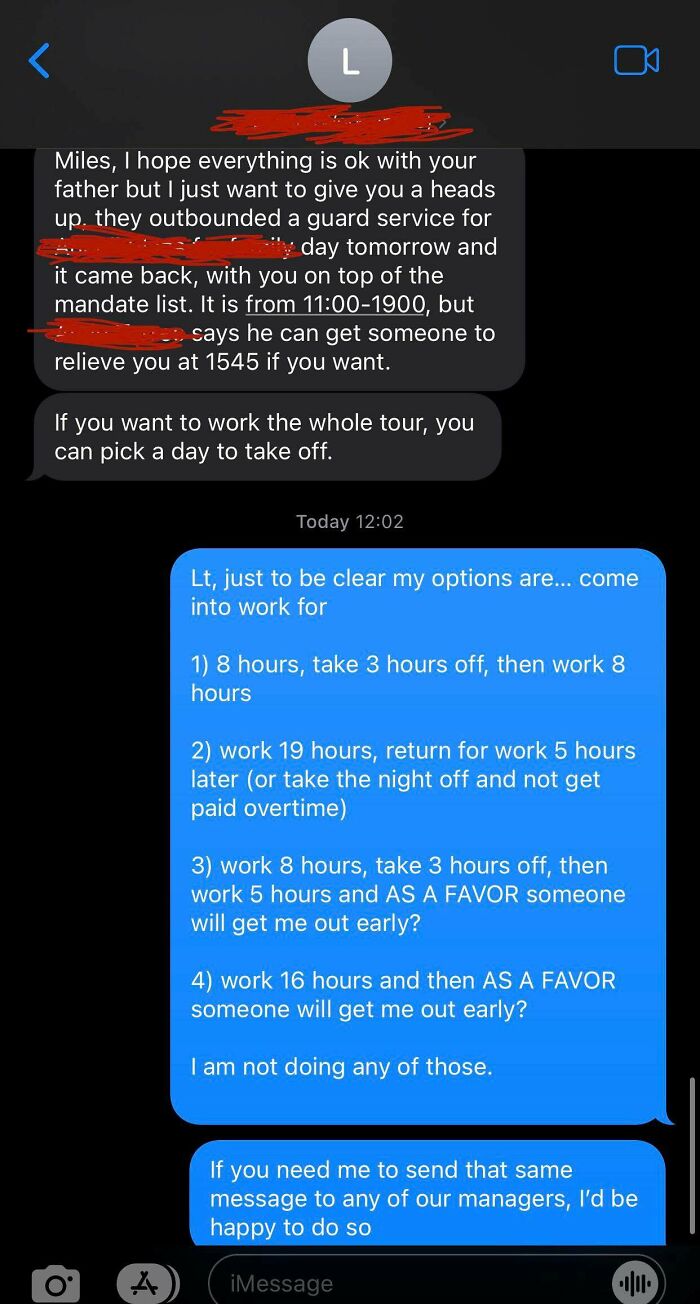 #12 I Encouraged My Cousin To Quit Her Job And She Finally Stood Up For Herself!! 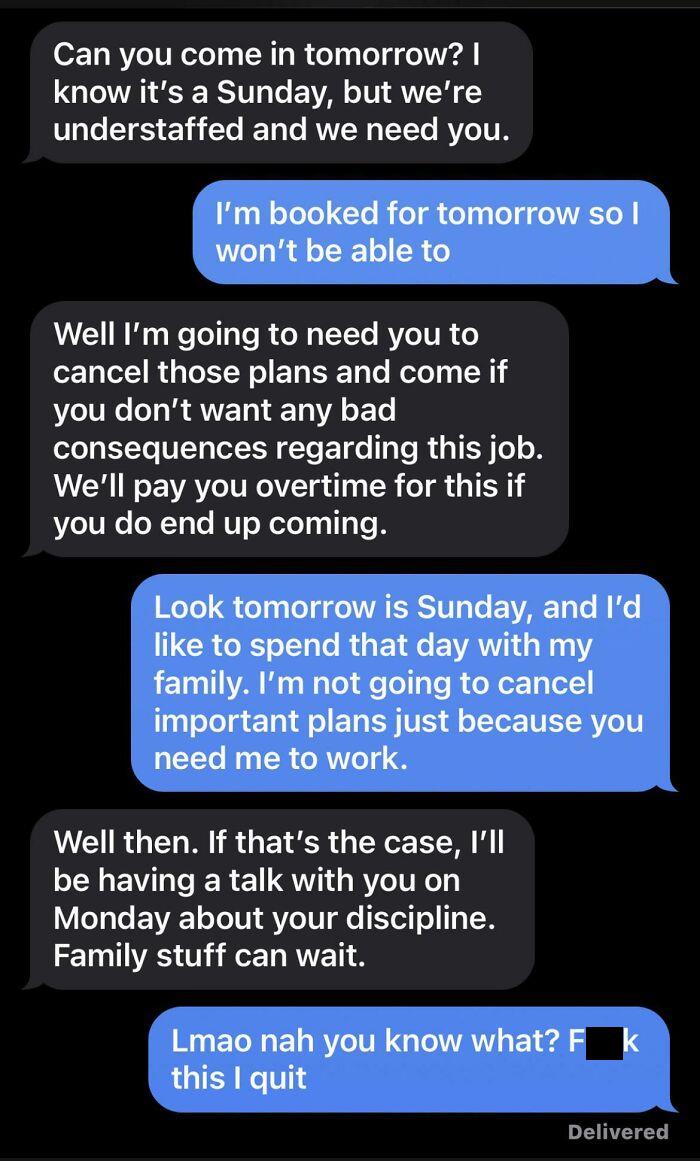 #13 I Work For A Multibillion Dollar Corporation. Which Of Us Is Actually Stealing Time? 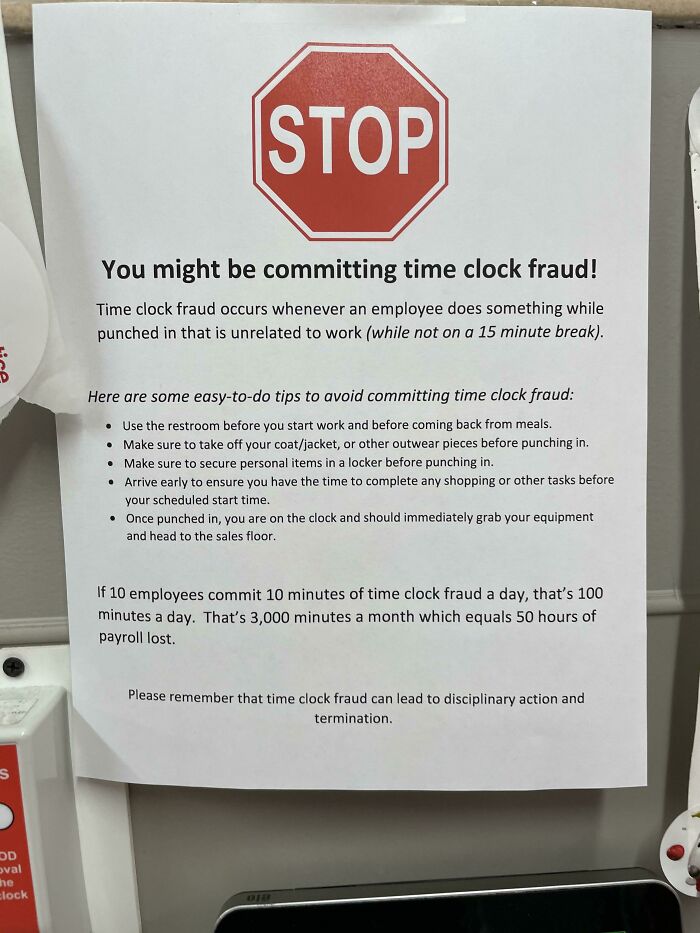 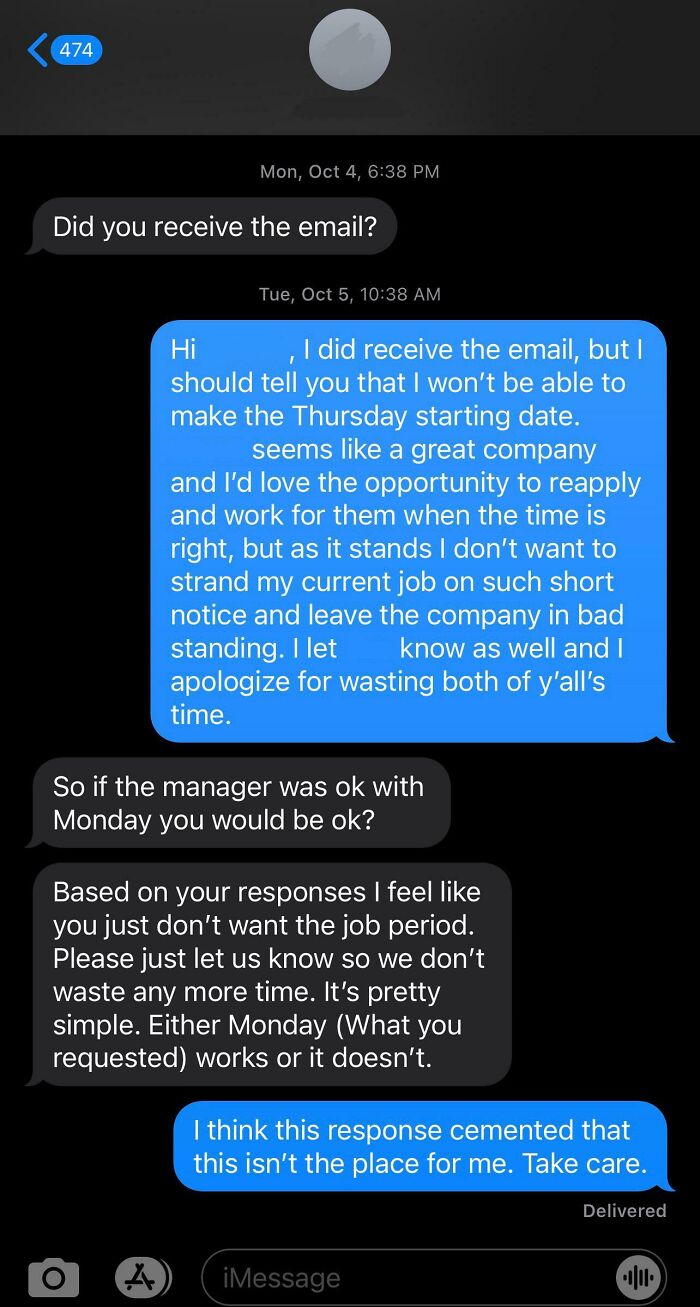 #16 I’m Quite Annoyed And Want To Reply Accordingly, But I’m Unsure If My Words Hold Any Truth 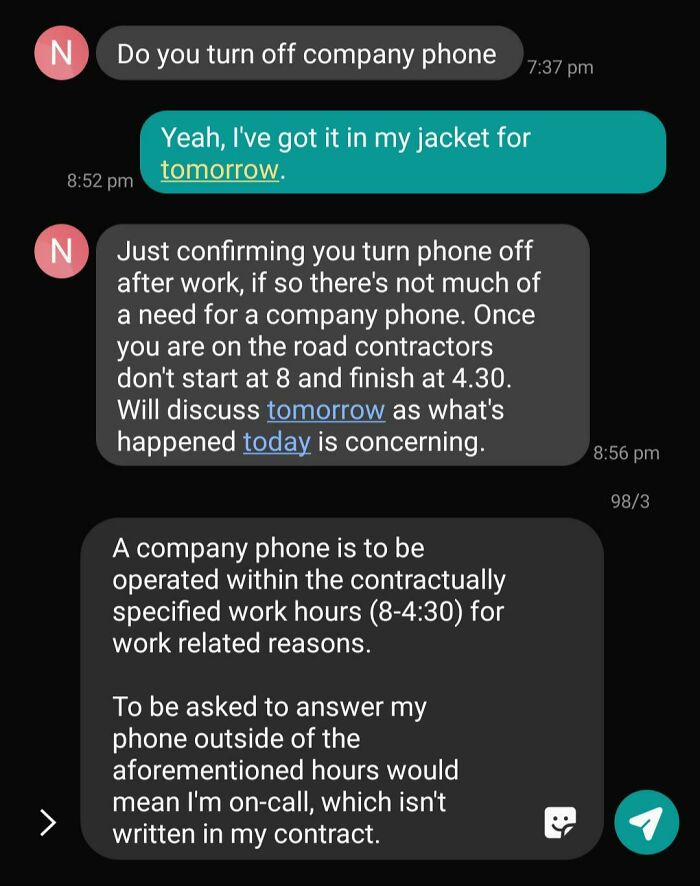 #19 I Have Been Wanting To Quit My Job Of 10 Years Took A Mental Health Day To Think About It This Is What I Wake Up To..

#20 Got Illegally Fired From My Job, And Then The District Manager Had To Tell My Store Manager To Re-Hire Me 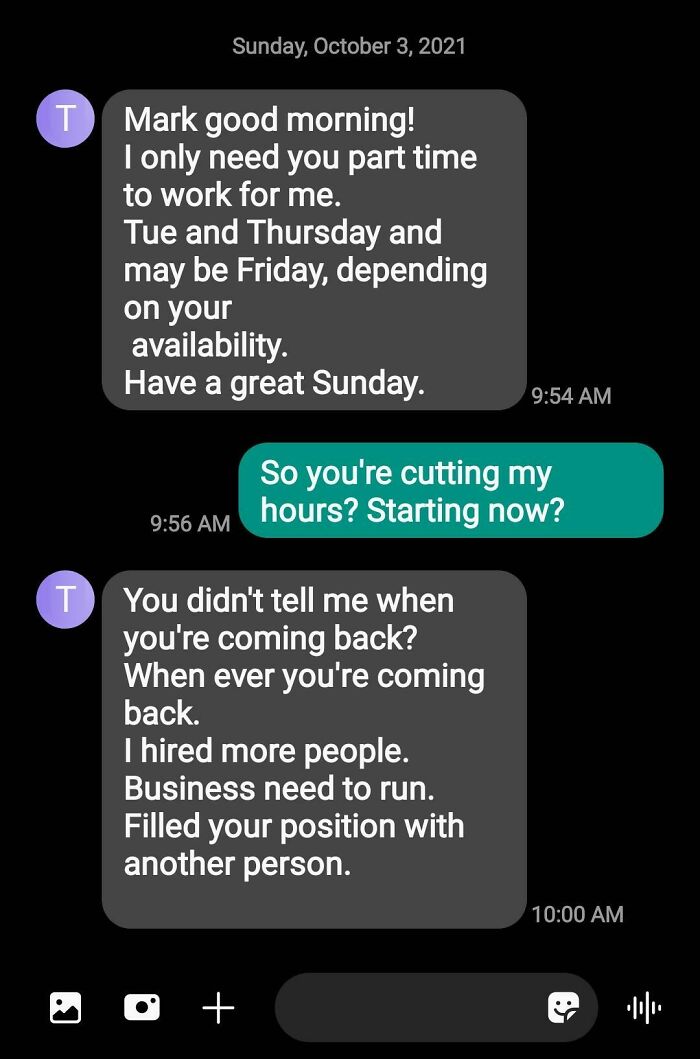 #22 How A Quit My Incredibly Toxic And Abusive Job A Couple Of Weeks Ago. Just Found This Sub And Thought I’d Throw It In There. I Had Worked 7- 60 Hr Weeks Str8 And Tried To Take Off For My 21st Birthday. Request Denied, So I Called Out Sick Instead. Boss Found Out And I Figured, F*ck It, And F*ck You 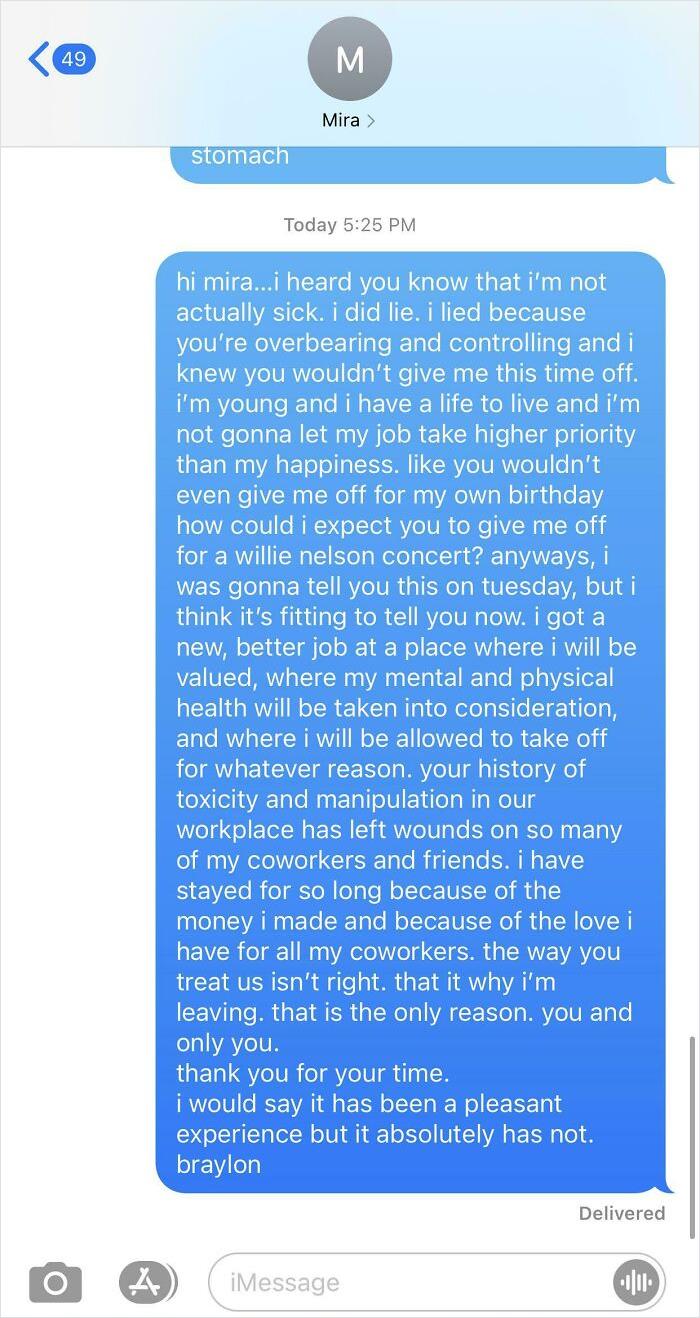 #23 Got Fired After Having Allergic Reaction To Second Vaccine Dose 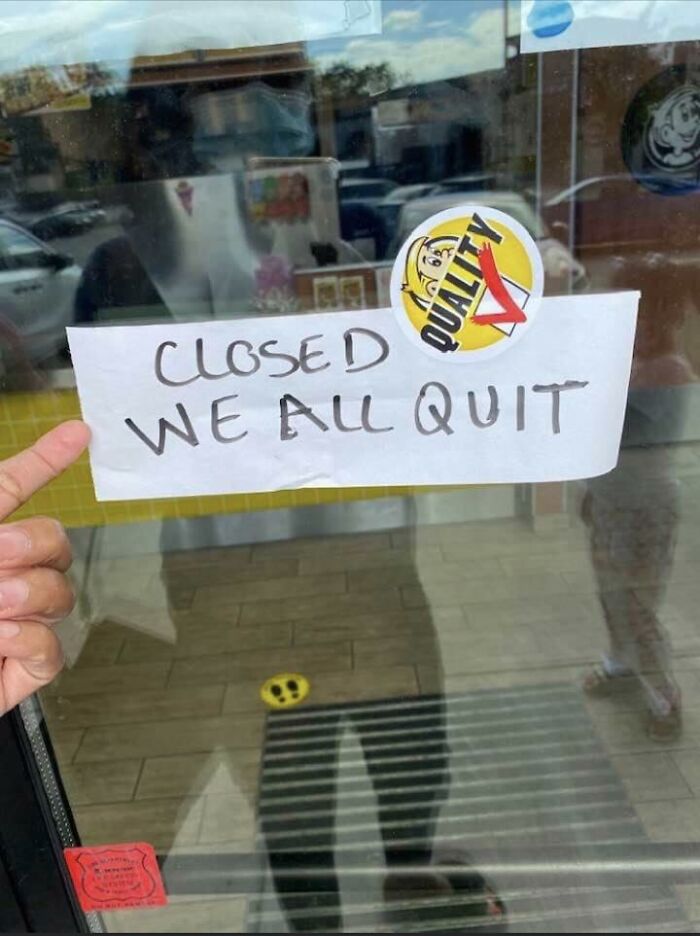 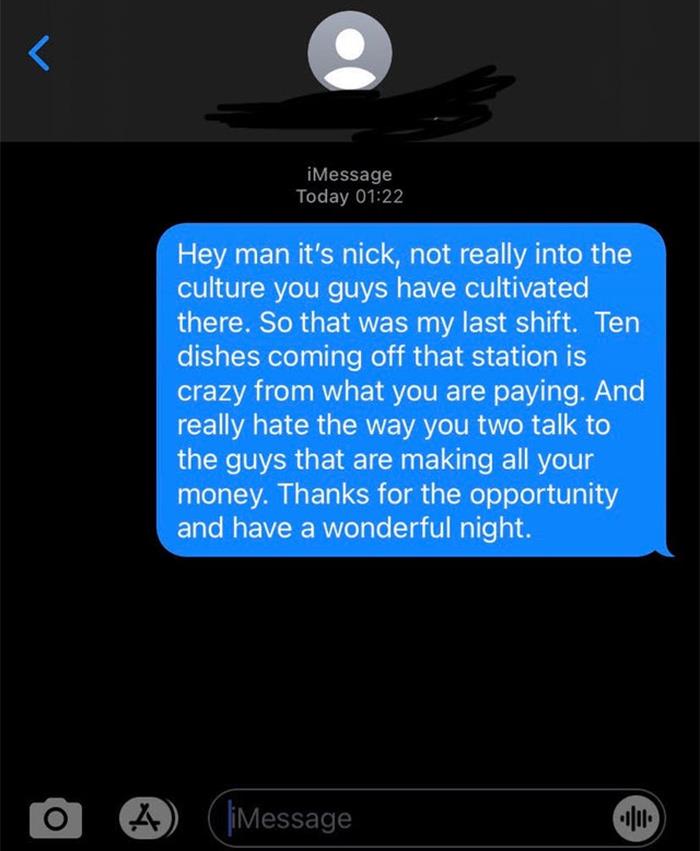 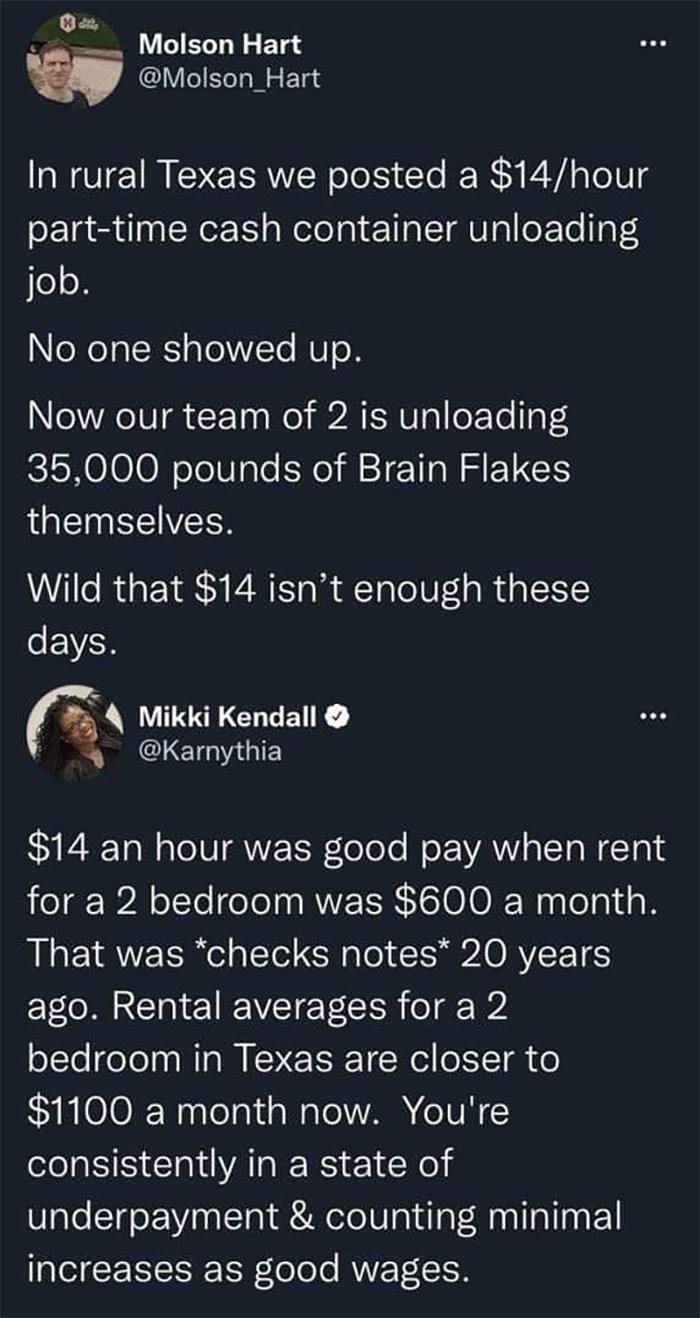 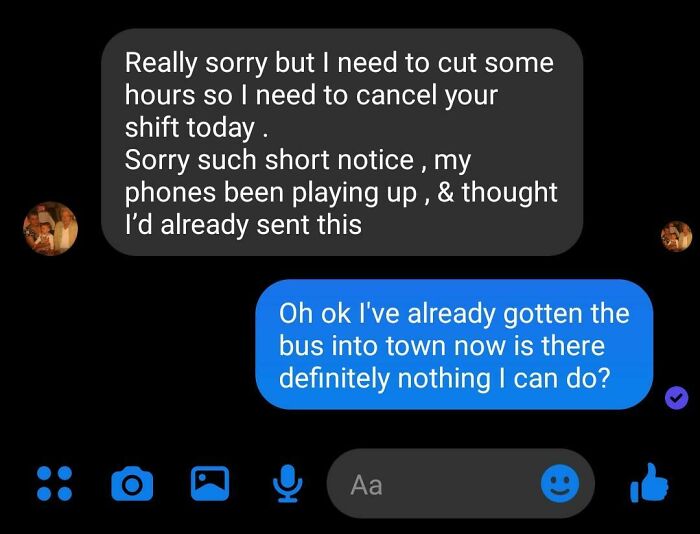 #28 Boss Called Me In The Middle Of Fixing The Day Shifts Mistakes On Top Of Doing My Own Job To Chew Me Out For Refusing A Customer. Needless To Say, She Won’t Have To Worry About Getting Anymore Complaints About Me 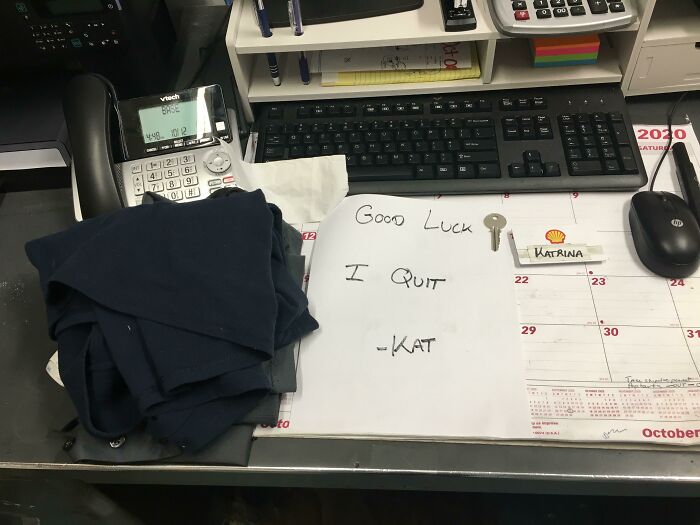 #29 My Buddy’s Boss Last Night. Good For Him But I Wouldn’t Have Answered 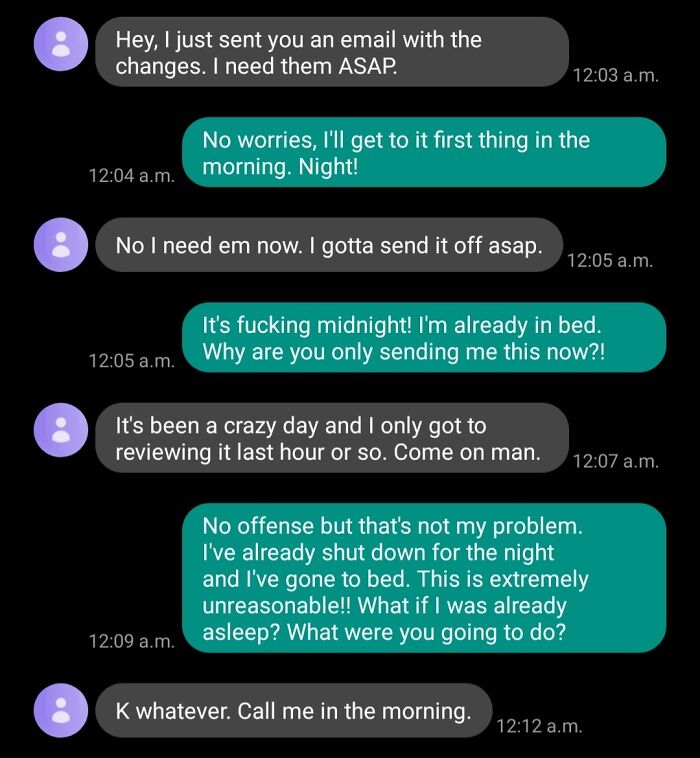 #30 Yeah, Let Me Just Cancel All My Plans. I’ve Made Months In Advance. Be Right There 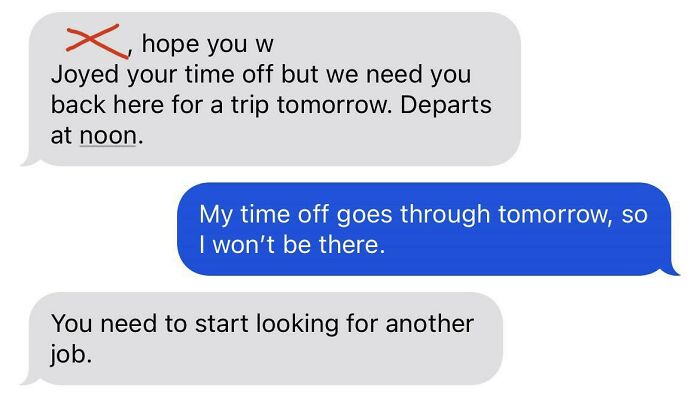 #31 Yesterday I Posted My Boss’s Reaction To My Mother Passing. Today I Was Notified My Son Has To Quarantine For 10 Days, This Is Another Gem

#32 My Bosses Reply When I Told Him I Can’t Afford $260 Rain Gear Right Now. No I Don’t Need To Work More Hours, I Need You To Pay Me More 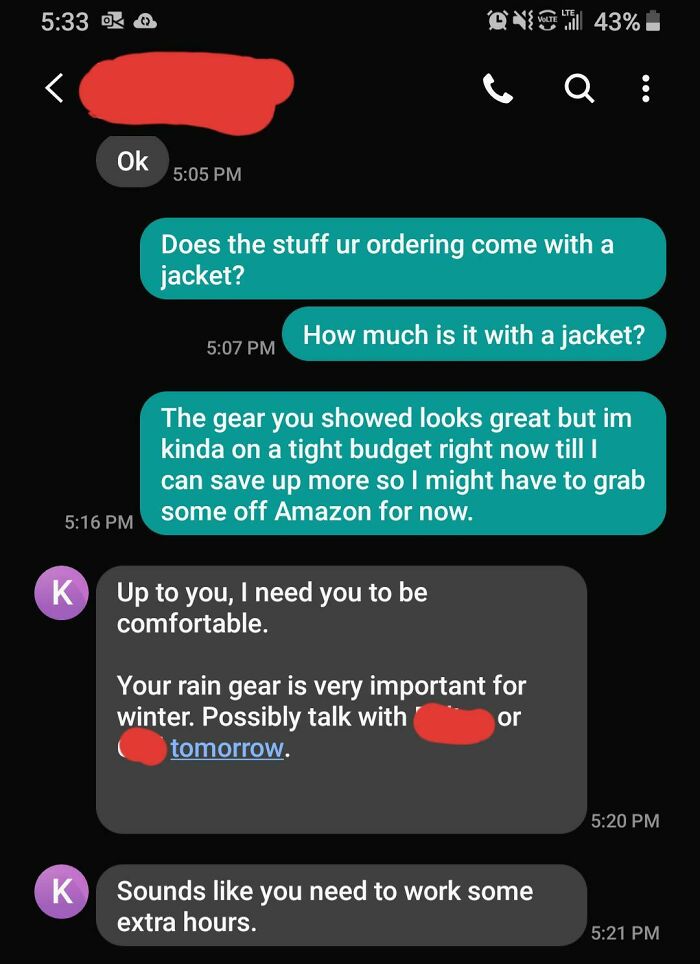 #33 This Happened A Couple Years Ago, But I Just Discovered This Sub. Getting That Response Was Oh So Satisfying 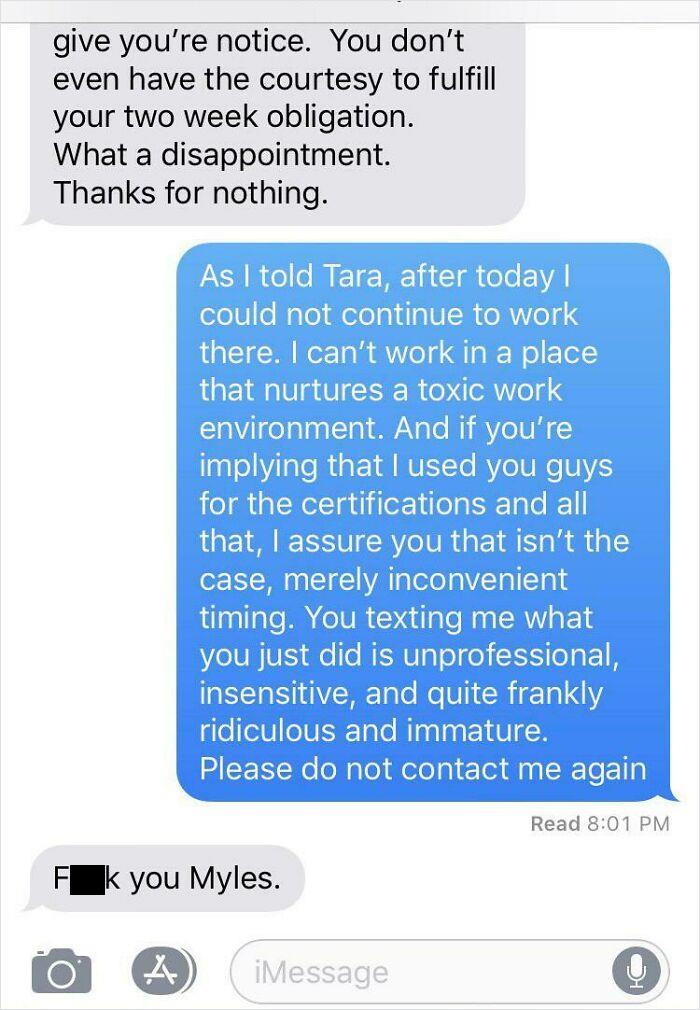 #34 My Boss Hired Me For Part Time, Knowing My Full School Schedule- But Keeps “Accidentally” Scheduling Me 50 Hours A Week

#36 After Outing Him As A Theft, Liar And A Abuser Of His Power He Is Still The Manger Of That Store Till This Very Day

#38 Prospective Employer Texts Me At 11:30pm The Night Before For A 9am Interview? Tf?

#39 Right After I Called In Saying I Was Sick I Got This. I’ve Never Even Taken One Day Off 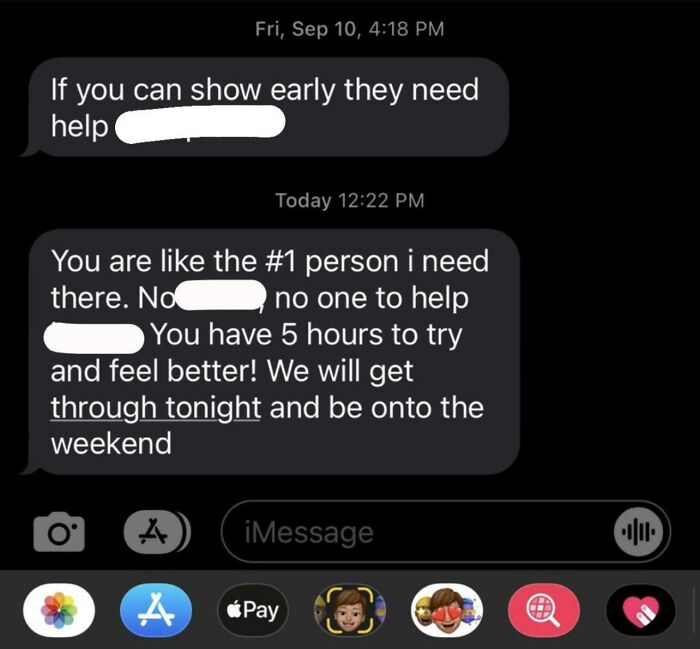 #40 Resigning From A Sh*tty Job With Style 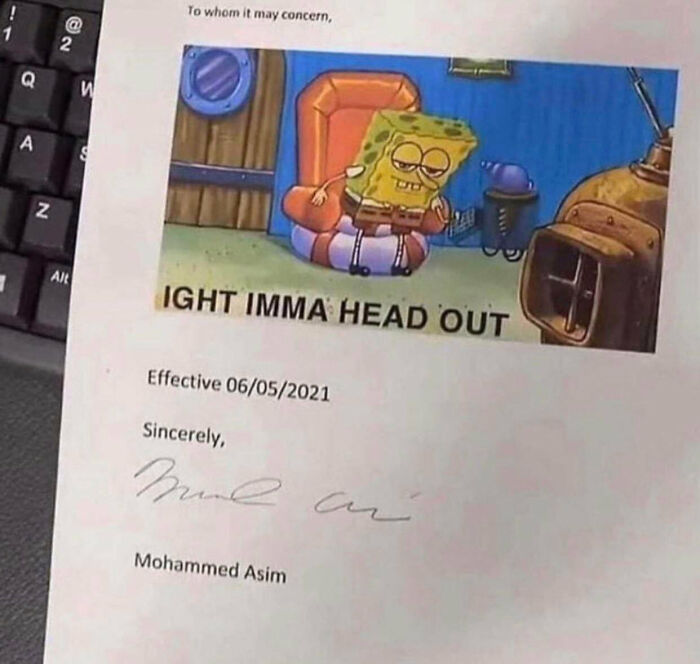 #41 Notice!? I Got Your Notice Right Here Buddy! 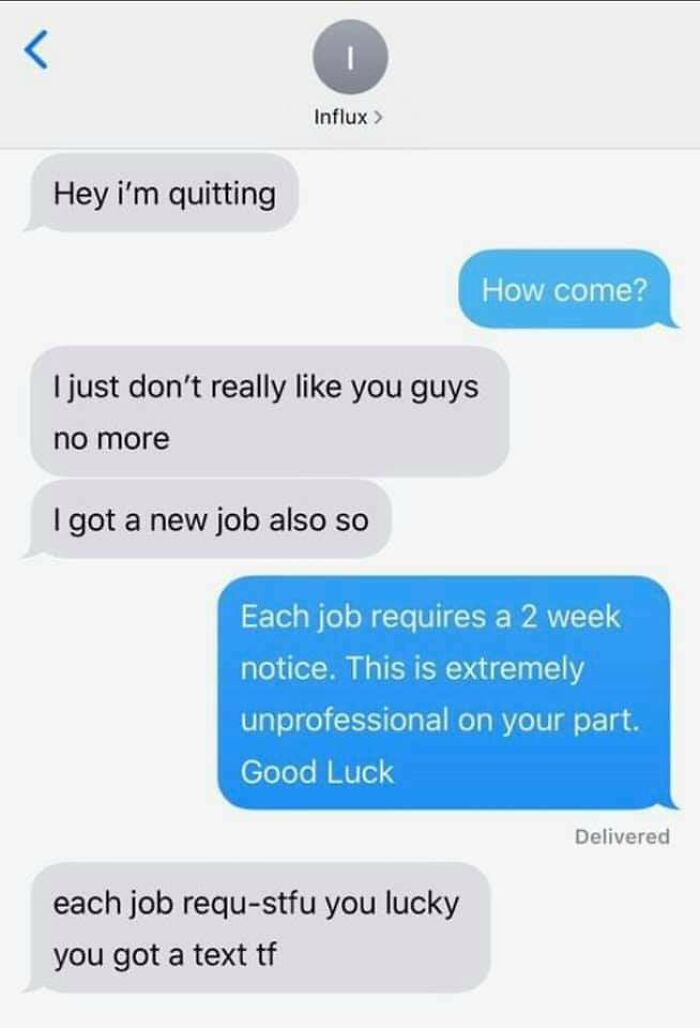 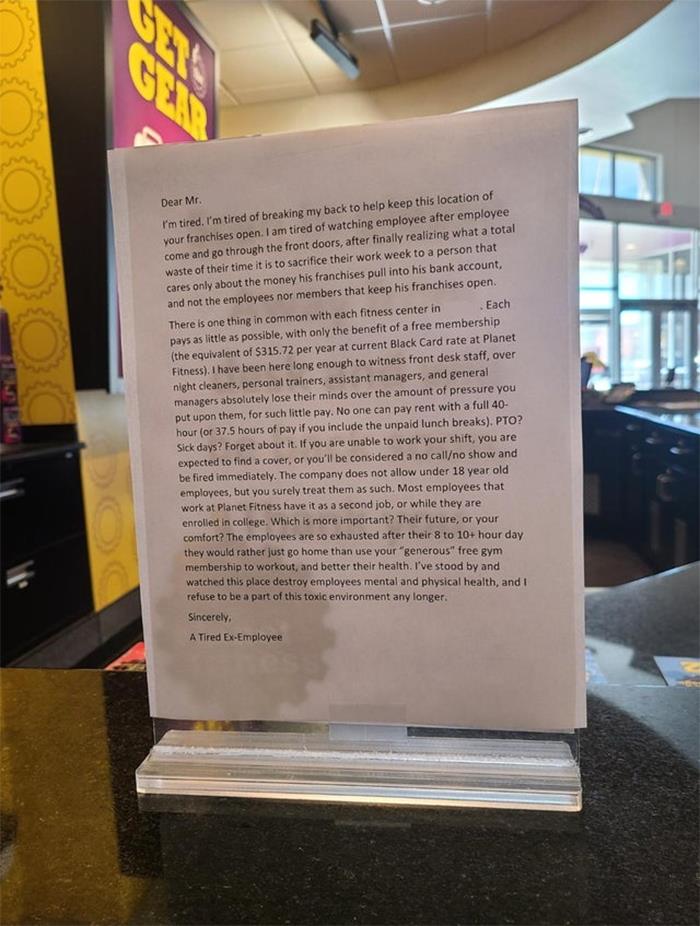 #43 I Had No Car, And He Scheduled Me At A Different Store Miles Away, Knowing I Walked. Fuck These Managers 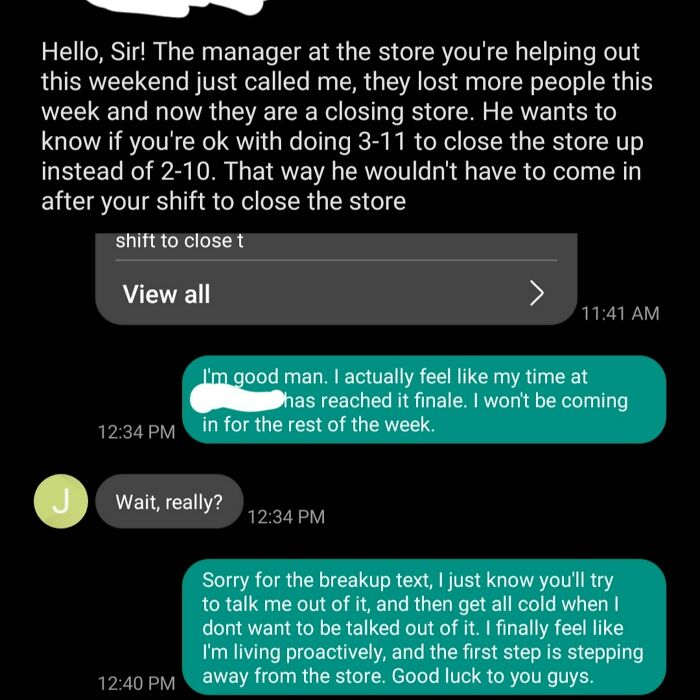 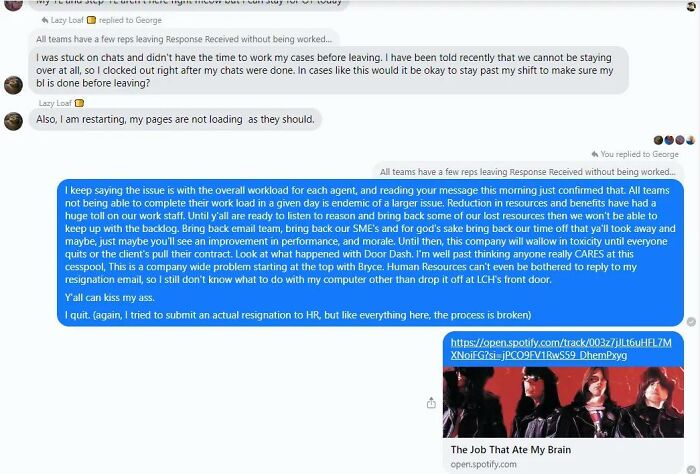