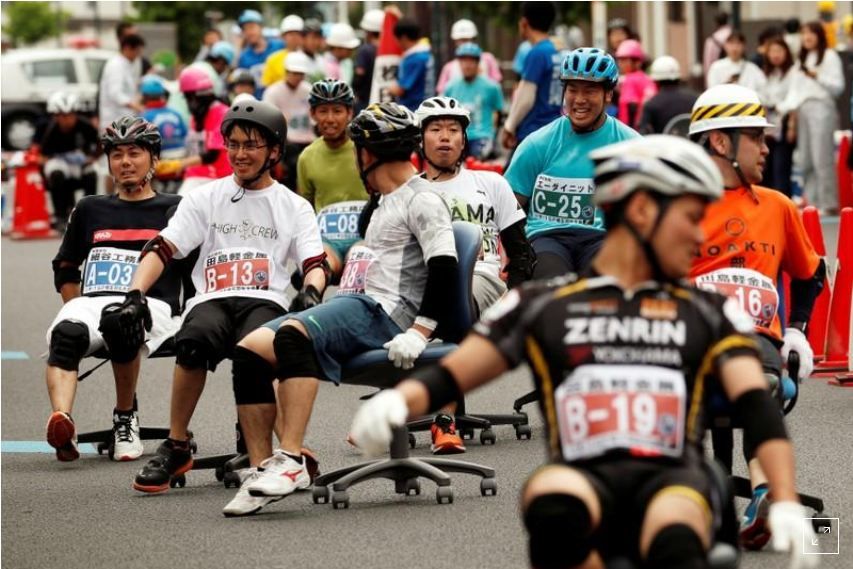 This race was inspired by Formula one and Le Mans endurance racing. For two long hours, the teams comprised of three people each, would compete as to who completes the most laps of the 200-meter course.

“The origin of this race came to my head when I saw a tricycle endurance race,” Tahara explained to Reuters. “Eventually I created the race which we can hold on a street, three persons per team for two hours of endurance.”

“I wanted to create something no one has made before.”

Tahara’s idea has proved surprisingly popular, with 55 teams entering the Hanyu Grand Prix alone and hailing from as far away as Wakayama, 600 kilometers to the south.

Try to catch this race if you’ll be visiting Japan!