When John Simmons and Frank Stewart were teenagers living in Chicago, the two friends discovered the power of the lens from the legendary Chicago Defender photographer, Bobby Sengstacke. Sengstacke took the boys under his wing and taught them how to use a camera by documenting the city’s black community. They fell in love with capturing their community’s customs and have spent more than six decades traveling around the globe documenting the rituals of the African diaspora. In a new exhibition, Time, Light and Ritual, 60 of Simmons’ and Stewart’s black-and-white photographs go on display at Wilmer Jennings Gallery at Kenkeleba House in New York City. 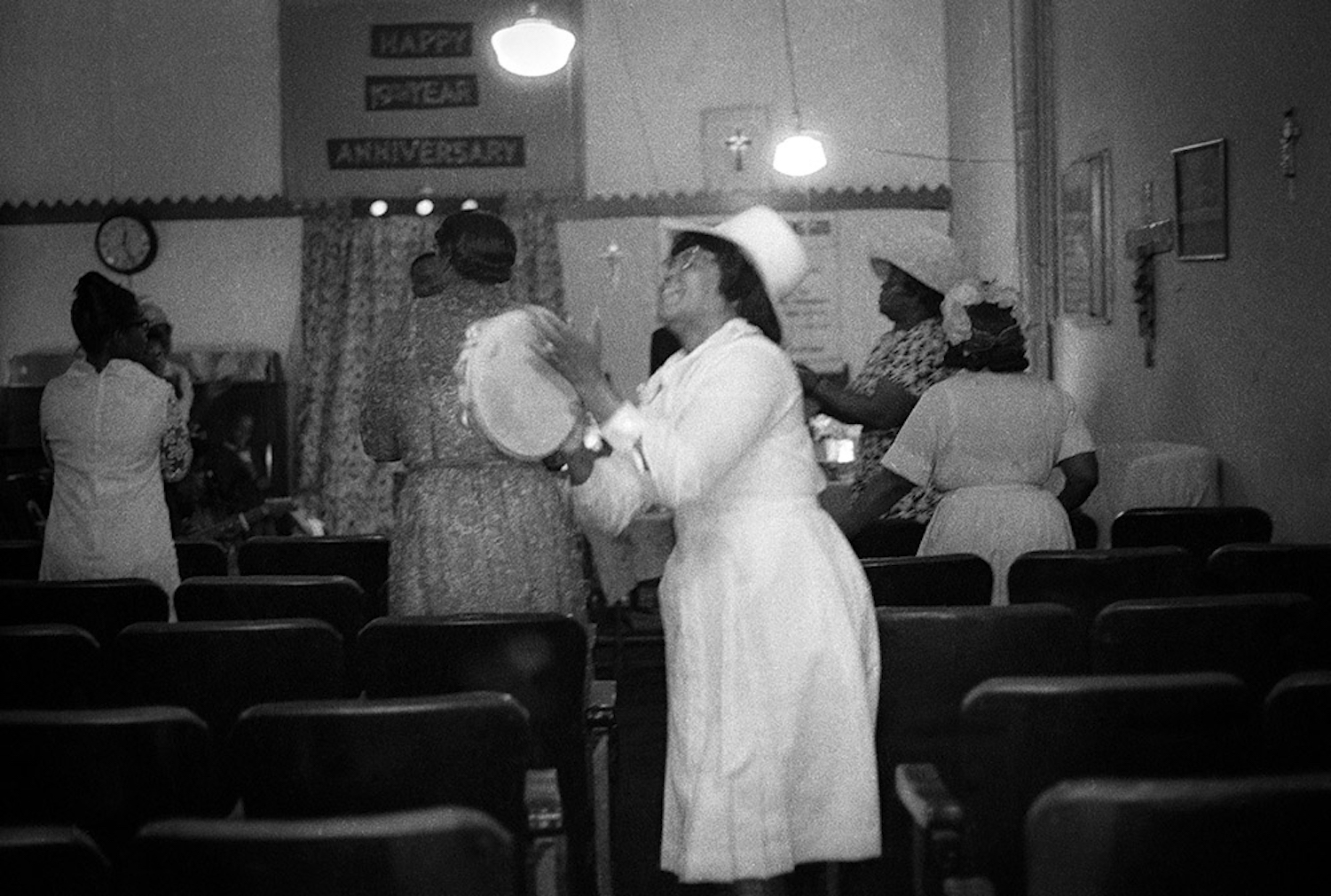 Simmons’ and Stewart’s visual style and form of social reportage is influenced greatly by the photographer Roy DeCarava, as well as poet Langston Hughes’s 1955 photo book of black life in Harlem, The Sweet Flypaper of Life. “As an African American with beginnings in Chicago, I see ritual in religion, dance, music, storytelling and art,” Simmons tells Creators. “Our rituals were changed and disguised when we were taken from Africa and continued during slavery and plantation life. Capturing these rituals that permeate daily life and shape our culture and influence other cultures of the world is what I strive to do.”

Stewart says, “The culture that black folk brought to America goes back to plantation times. We tried to retain as much of our African rituals as we could. Not to mention the fact we had to come up with new ones to fit the moment.” The photographer adds, “As a young man I became fixated on the roots of these rituals.” 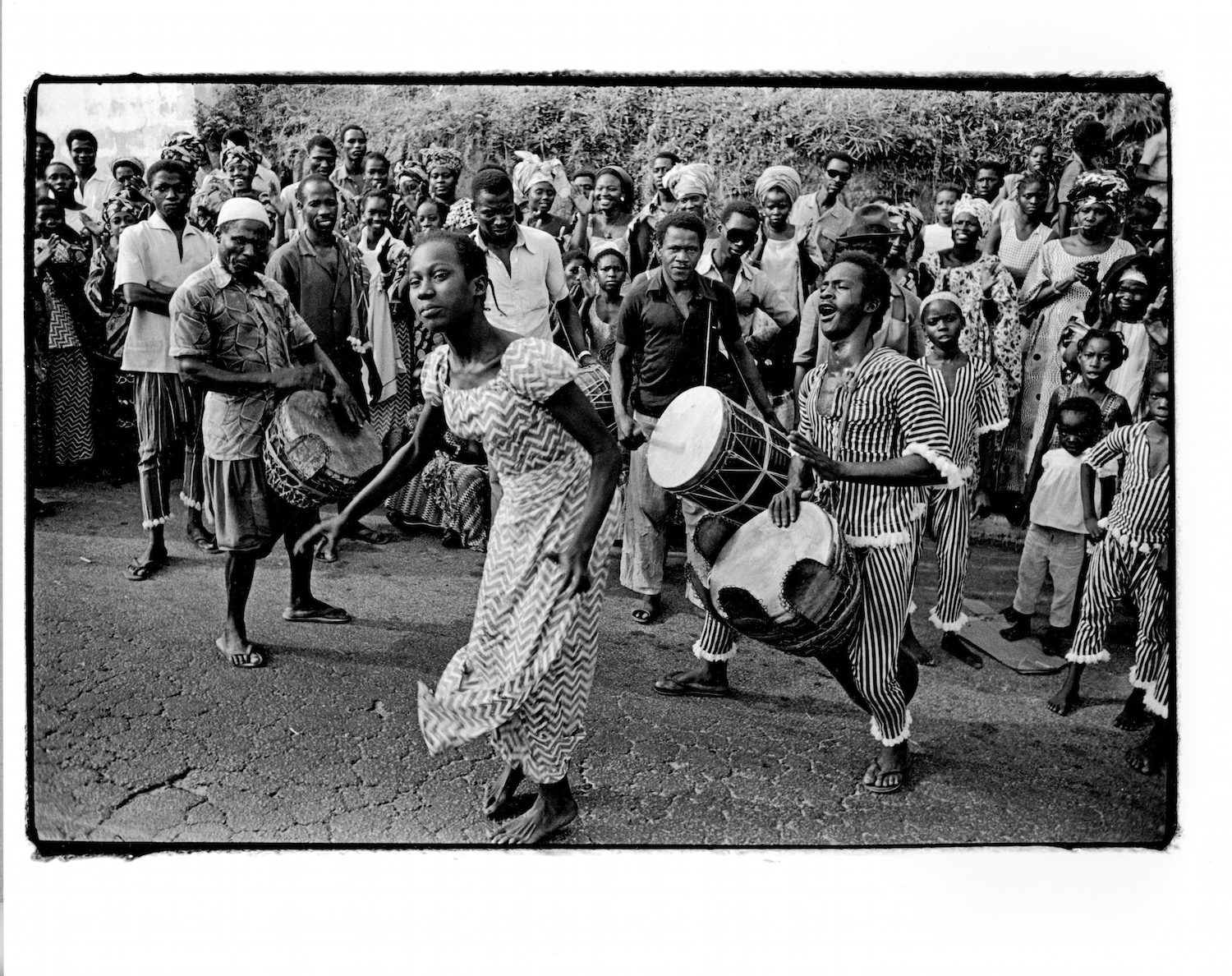 Simmons’ 1967 image, “Church Lady,” of a Chicago woman in a white church hat, praising the lord by playing a tambourine, shows the rich religious tradition in the black communities. Stewart’s “Easter Sunday,” taken in 1976, captures a group of black women donning white hats and captures ceremonial dress. The photographs also evoke the cultural codes born out of the streets. In “Call and Echo,” Stewart frames a community in the Ivory Coast dancing and chanting to the beat of drums, while Simmons’ “Man With A Pistol” details how black men in American cities hang out on the stoops of their buildings. 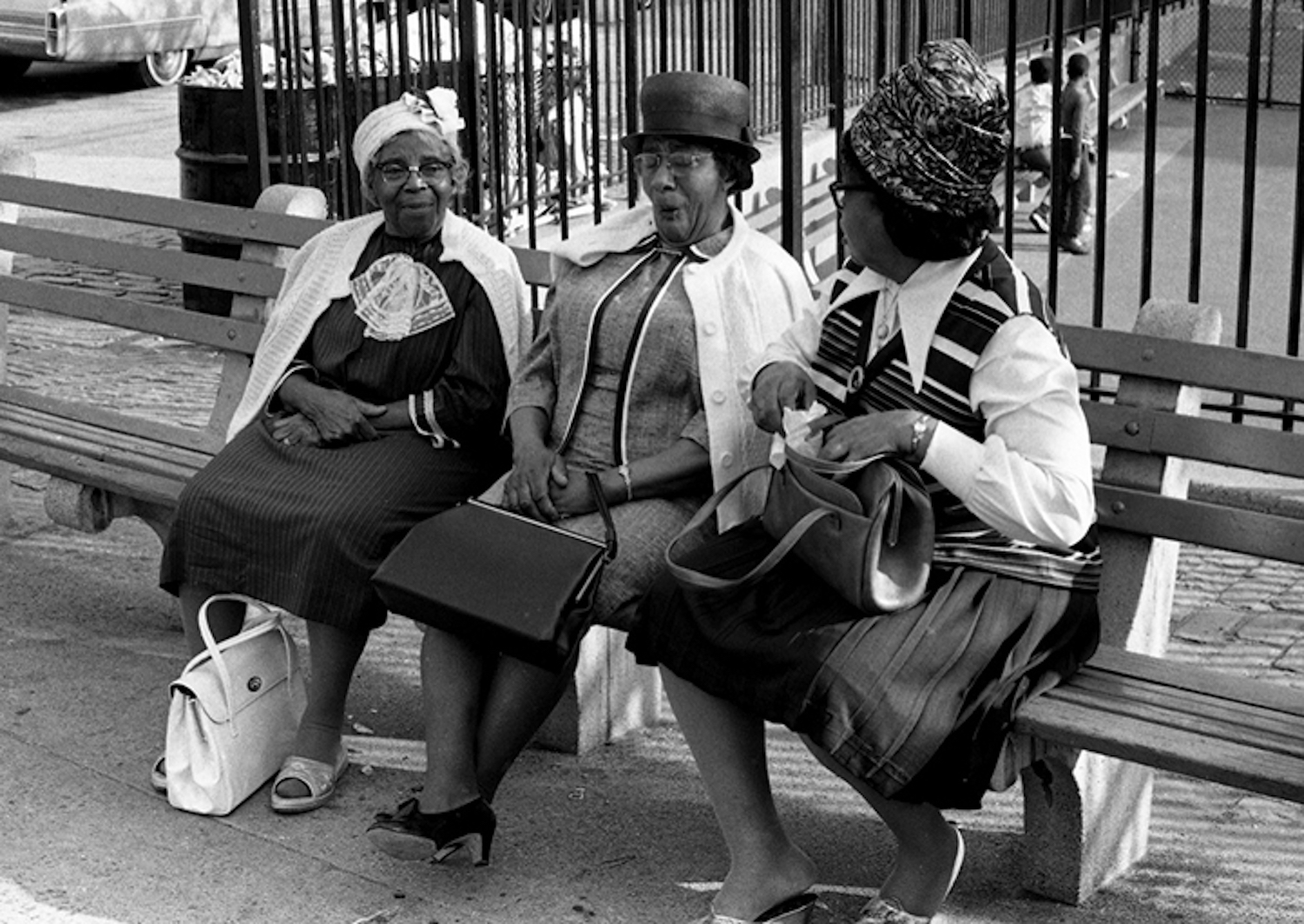 In focusing on Afrocentric traditions around the world, Simmons and Stewart reveal a ritualistic connectedness in black people; Simmons’ 1969 photograph of Nina Simone singing packs a similar energy as Stewart’s 2002 shot of men playing the drums in Santiago, Cuba. In images like “Gossip on the Bench,” of a group of women in 1970s chatting on a park bench, and “Playing Pool,” of a group of cool cats gathered in a pool hall in 1960s Chicago, Simmons shows how the two sexes meet to form fellowships. 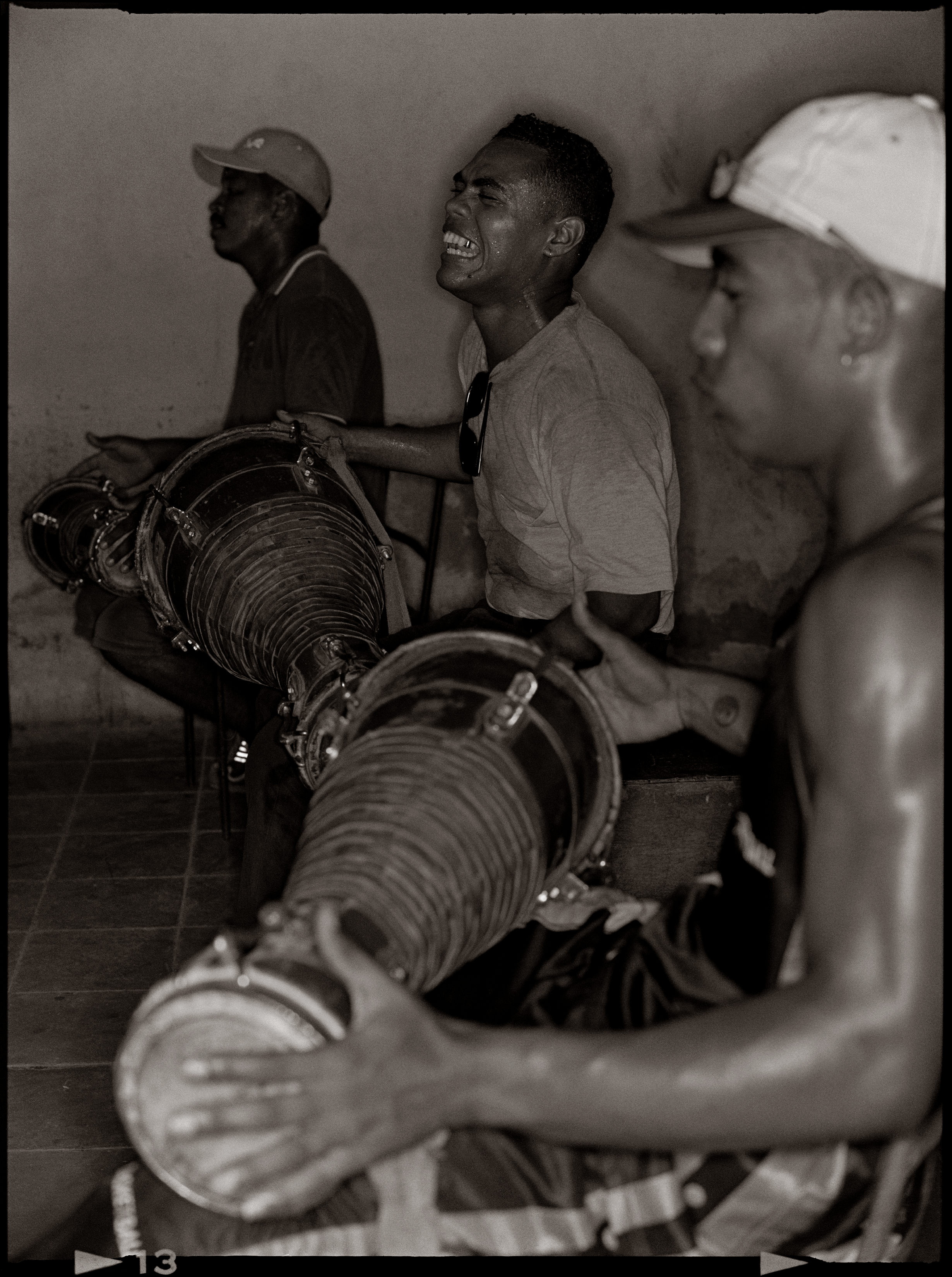 “What I am stating in these images is that the prevalence of ritual has afforded black people the opportunity to endure in spite of the American experiment, not merely survive it,” says Stewart. “In doing so, African American culture has become American culture, resonating around the world.”

Adds Simmons, “I’m connected to the rituals and lifestyles of my people because of the early nurturing I saw growing up which allow my photographs to reveal my appreciation for all of humanity. I’m always looking for that universal soul, those moments that say we’re all from the same fabric of life.”