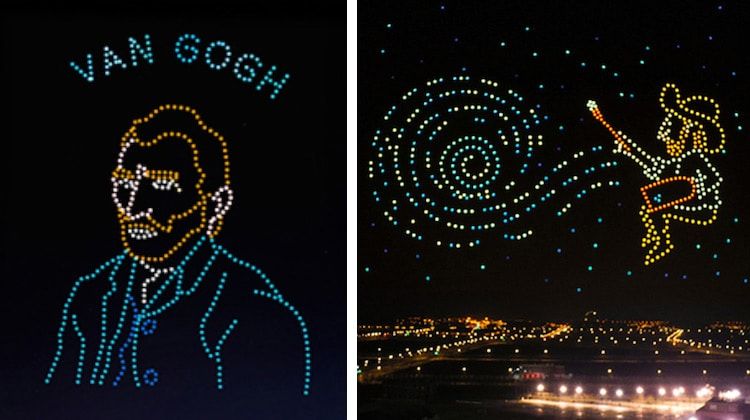 The dazzling, immersive show lasted 26 mins and 19 seconds, which required impressively high-precision positioning technology that coordinated and synchronized the drones. All 600 drones were of the same exact model—the Agile Bee II. Each one weighs about three pounds, travels at approximately 20 miles per hour, and can stay in the air for up to 38 minutes. In order for this display to qualify as an animation, the record’s guidelines required the drones to generate 12 images per second. Guinness World Records adjudicator Maggie Luo reviewed the entire show and announced that they were successful in meeting the requirements and actually breaking the record.

Besides setting the world record, the drone light show allowed Van Gogh’s narrative to unfold in the night sky as it recreated his most famous paintings, shining a light on his art and dazzling the entire world with a mesmerizing show. Together, the drones told the story of Van Gogh’s life and paid homage not only to The Starry Night, but also to Wheat Field with Cypresses, his Sunflowers series, and The Mulberry Tree in Autumn. They also moved through more vignettes of the artist’s famous work, including Almond Blossoms, Bedroom in Arles, and Self-portrait.

To see some highlights from the drone show, check the video at My Modern Met!