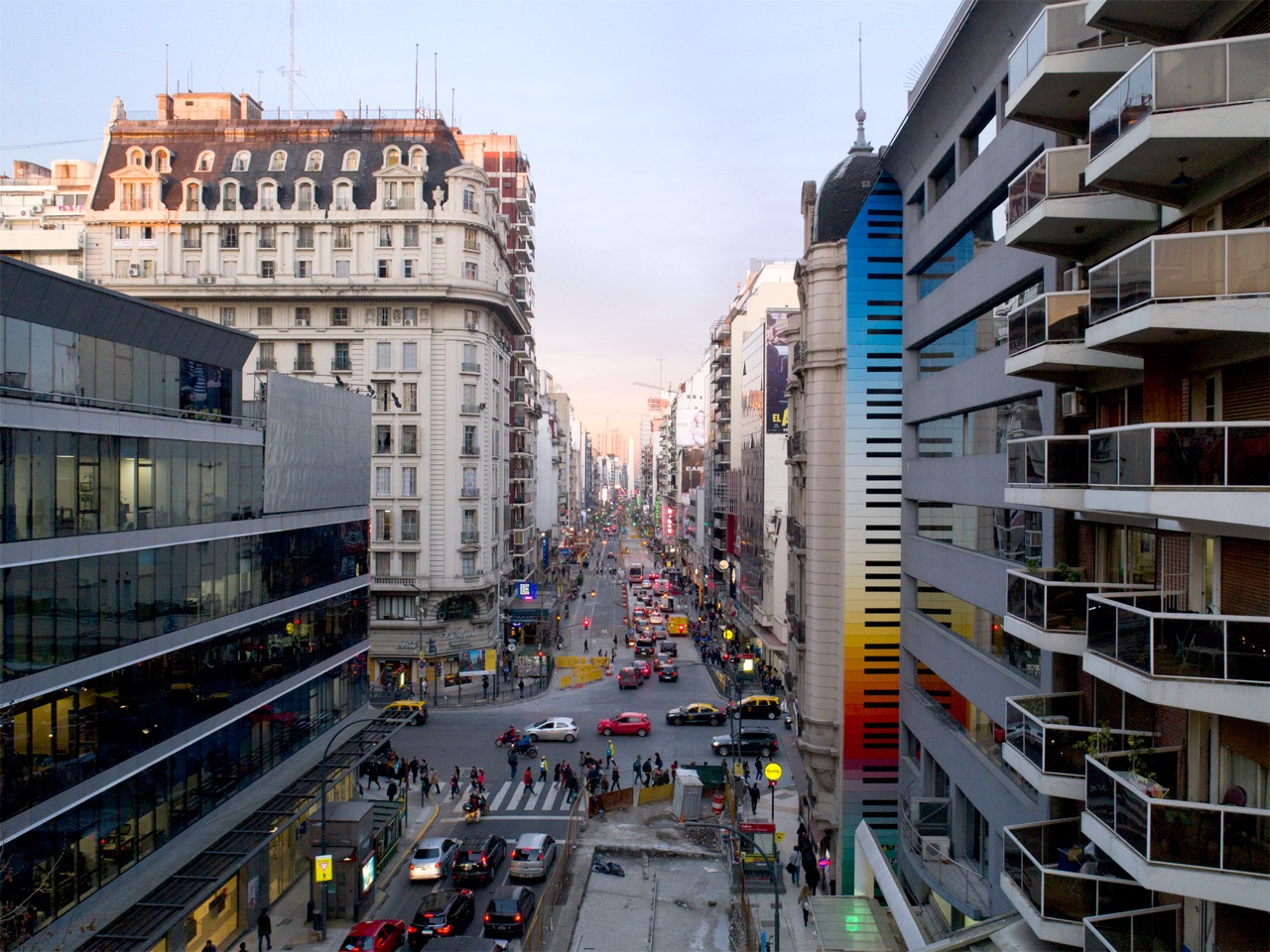 For three months I talked with many people about a question that obsessed me: what is the song that represents Buenos Aires? Little by little, I listened and grouped the answers in a YouTube list.

One day, while I was walking through the center of Buenos Aires with my headphones on, I became aware that I was not finding the Buenos Aires song. My search was running out. Until a friend told me that I had to think beyond music and pay attention to the sound of the city.
“64 tones of Buenos Aires” presents a 31 m vertical piano at the intersection of Corrientes and Callao avenues, a neuralgic city point with a political, cultural and economic value. The work offers a spectrum of 64 tones that could refer to a piece of blue sky, the red of the subway B line, the yellow of a taxi, the green of a handkerchief, the white of the obelisk, the gray of the asphalt, the orange of a school transport, the embroidery of a brick, the black of a tile, the green of a newspaper stand, the colors of a bus, the flags of a demonstration, the grays of Buenos Aires architecture and laying down on her, the reflections of the Sun.
These tones and many more are present in the context of this corner. Also, I think they can be heard.
I did not find the Buenos Aires song. However, I found a city conducting an orchestra. 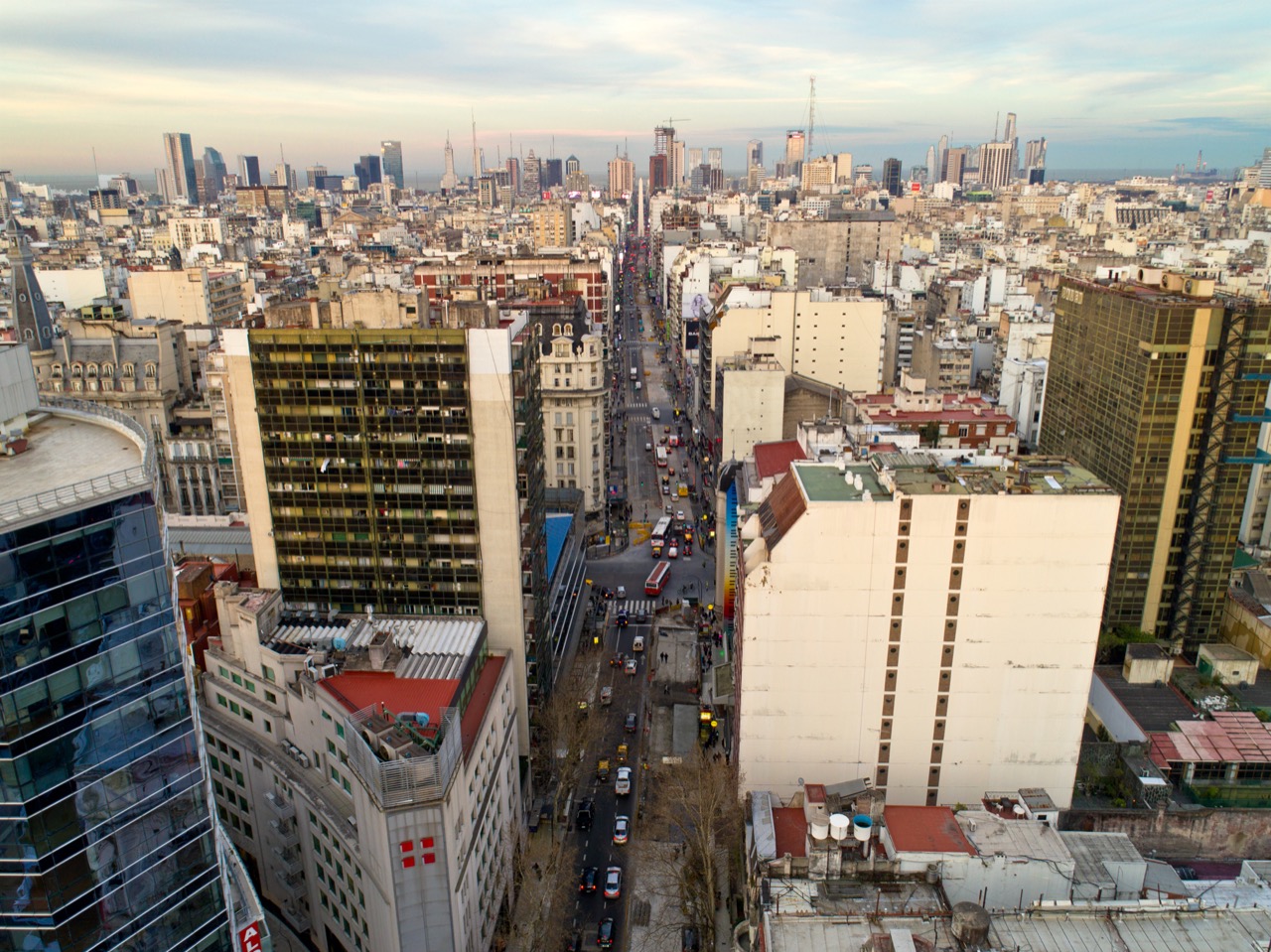 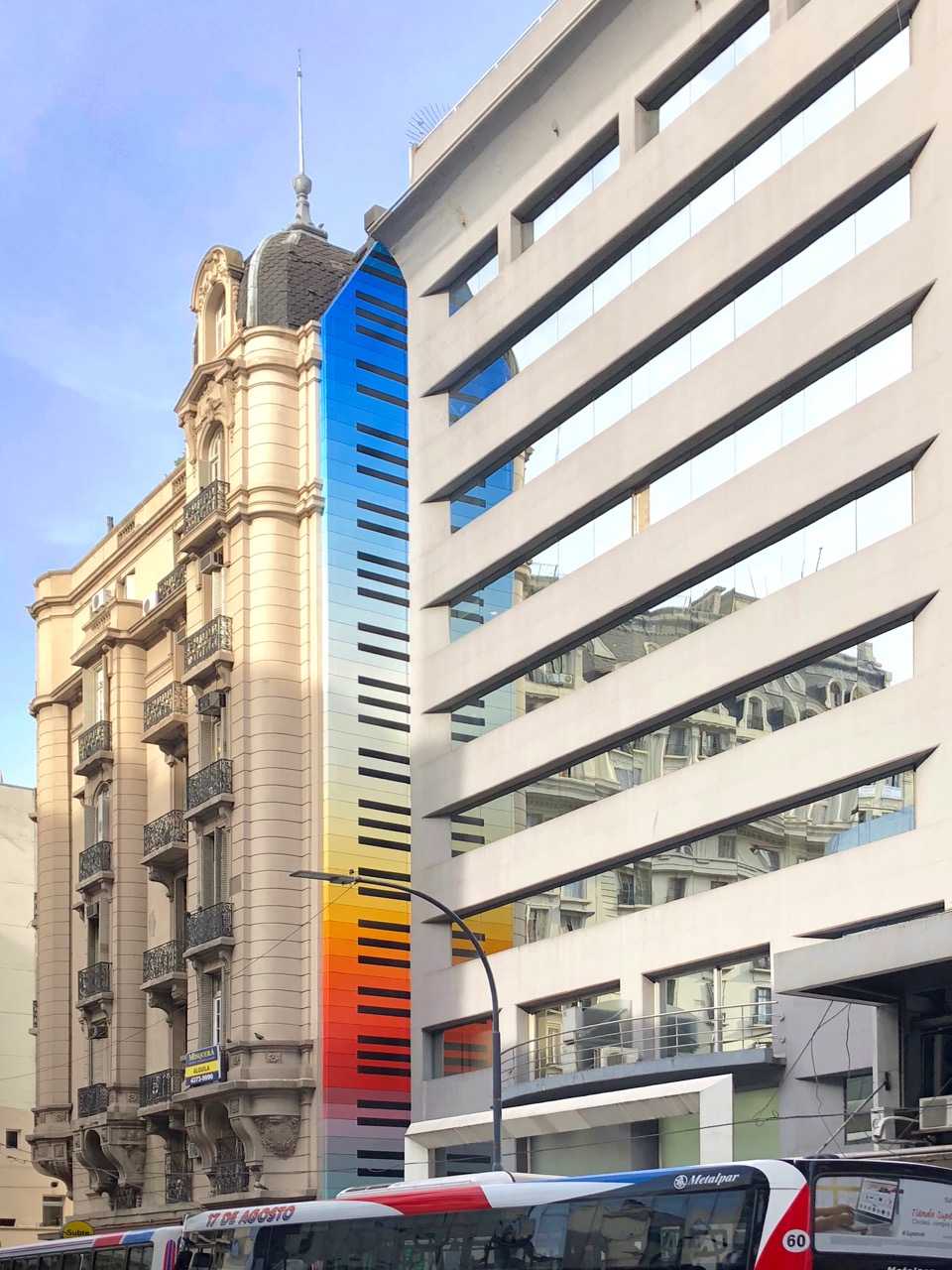 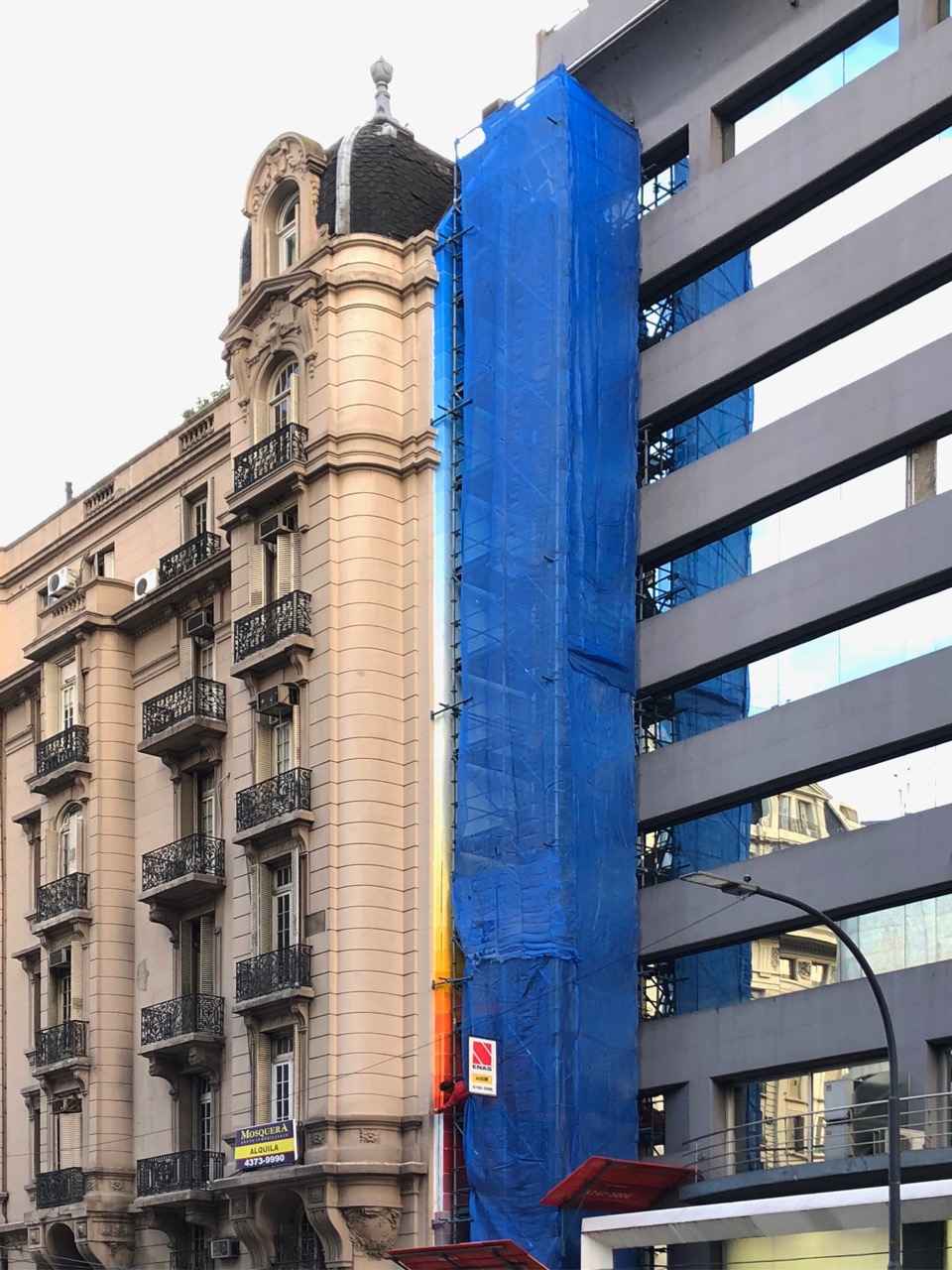 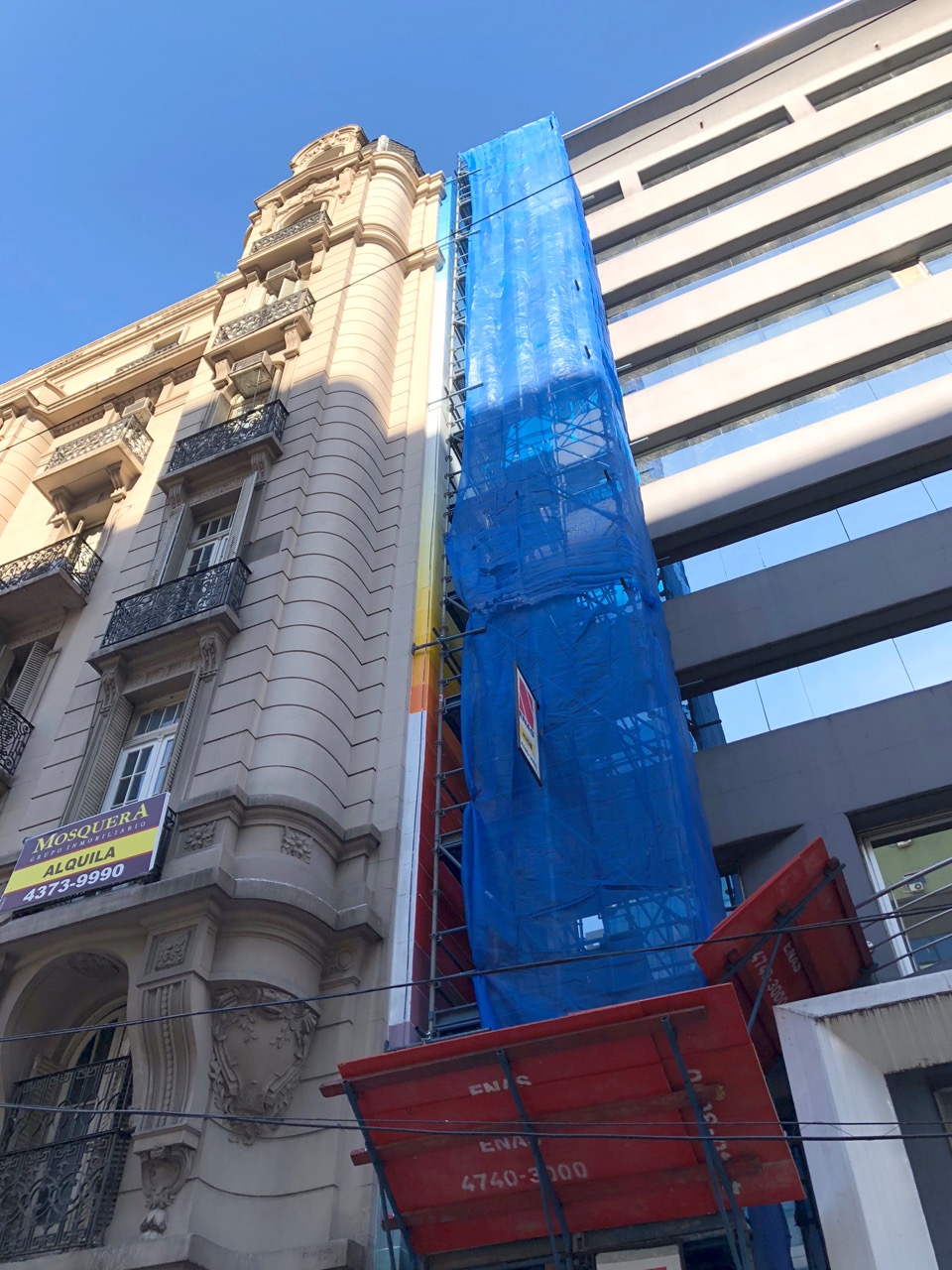 The post “64 tones of Buenos Aires” by Jorge Pomar in Argentina appeared first on StreetArtNews.