Not only do Americans say smaller families are more ideal, but they are also having smaller families. In 1976, 36% of women in their early 40s had given birth to four or more children, while just 22% gave birth to two. But nowadays, it’s more common for women of the same age to have two children (35% ) and not four or more (12%).

However, bigger households are still a thing, and parents who are creating them often seek babysitters to help them take a break from their hectic everyday life. The sad thing is that some of them are hiring teens so they could exploit them.

A few days ago, a man named Shane made a tweet, detailing the terrible experience his niece had after she agreed to babysit 7 kids for 9 hours, and sadly, plenty of other people related by sharing similar experiences of their own. 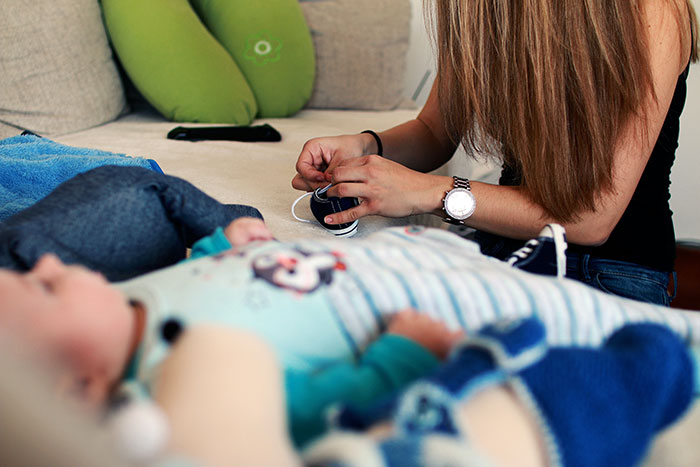 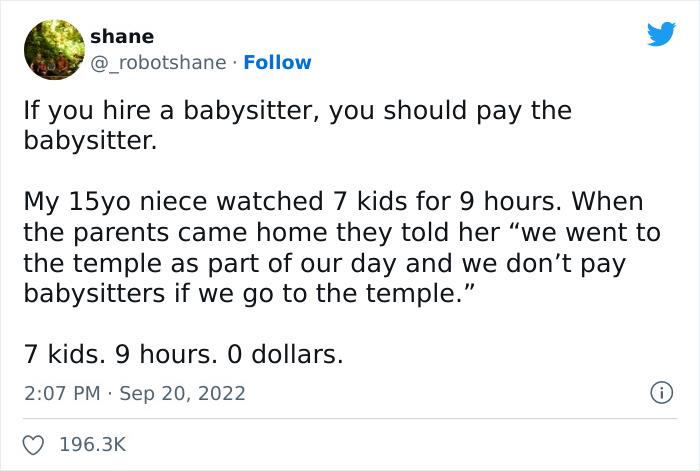 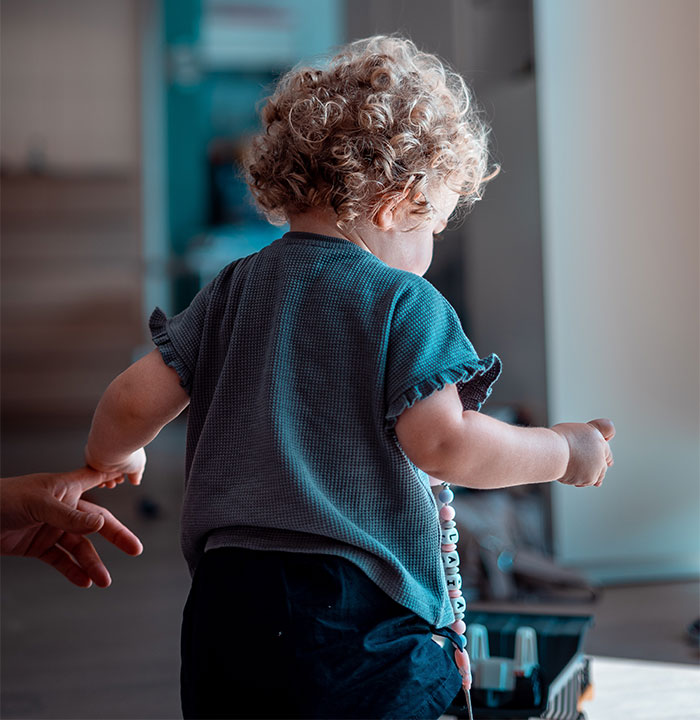 After the story went viral, her uncle (the person who shared it online) provided more info on the situation 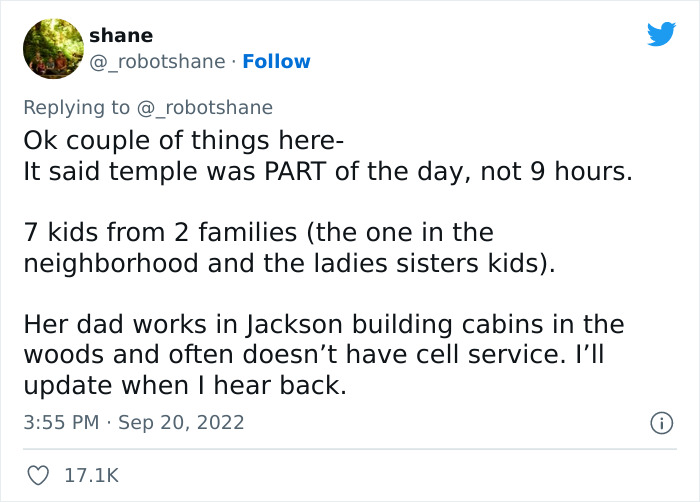 UrbanSitter, which connects people with child care and other household help, analyzed booking data from more than 10,000 families and found that the average hourly rate for a babysitter climbed 11% in 2021 to $20.57 an hour (far outpacing the 7% rate of inflation).

Understandably, it had to be a big blow for many working parents. But higher wages are great news for babysitters themselves, who have had a long history of being underpaid.

“The bumps that we saw this last year, it was just really disproportionate to anything we’ve seen previously,” Lynn Perkins, the founder and CEO of UrbanSitter, told Axios.

Annual increases of 4% to 5% were typical in the past, but “this is the first year we’ve seen it really outpace inflation significantly.”

Sitters with big credentials have also joined the market amid the labor shortage, but they are charging even more.

“We have seen more former teachers, nurses, early childhood education specialists, and others leave their jobs to pursue other opportunities,” including babysitting, tutoring, and elder care, Perkins said.

But people still had many questions: 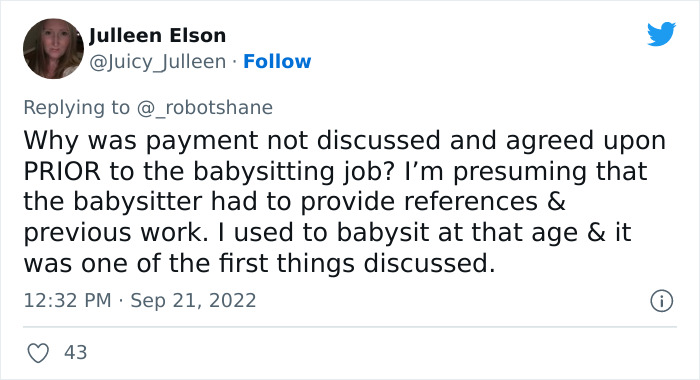 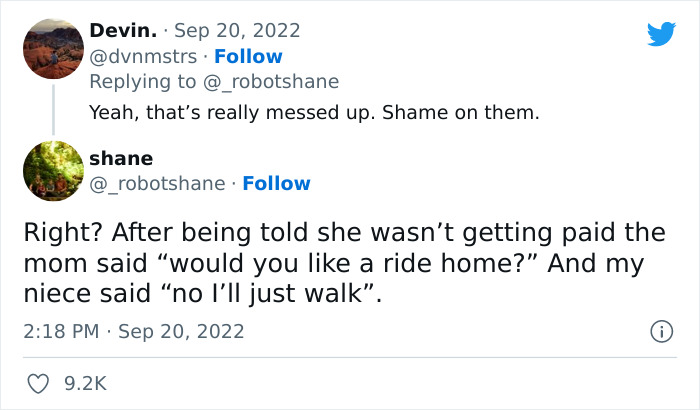 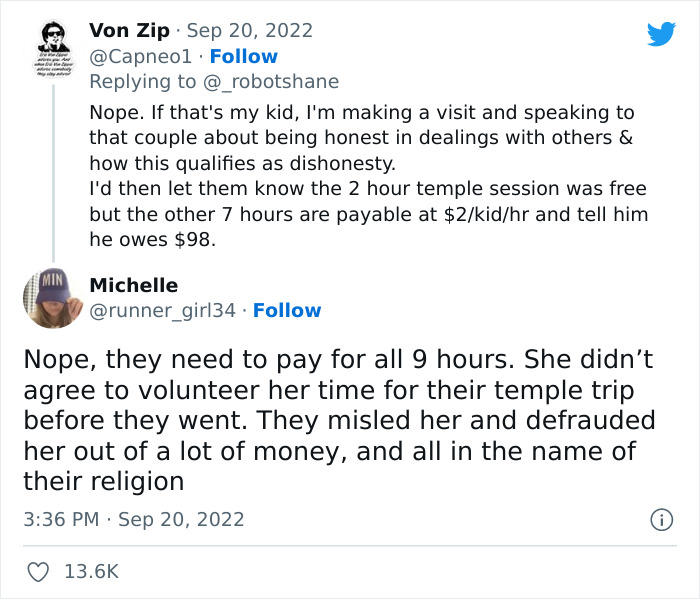 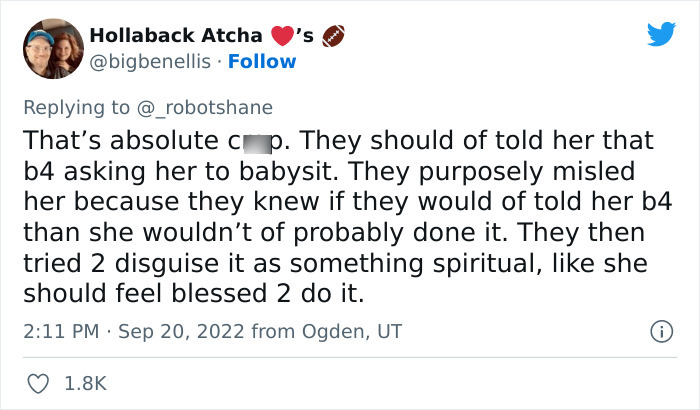 Some also gave advice on how to act if this happens to you: 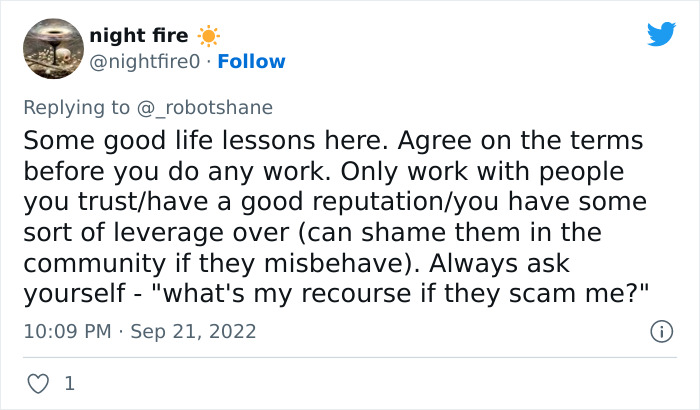 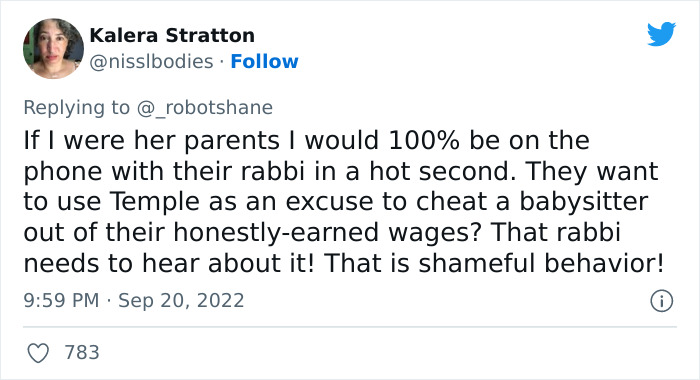 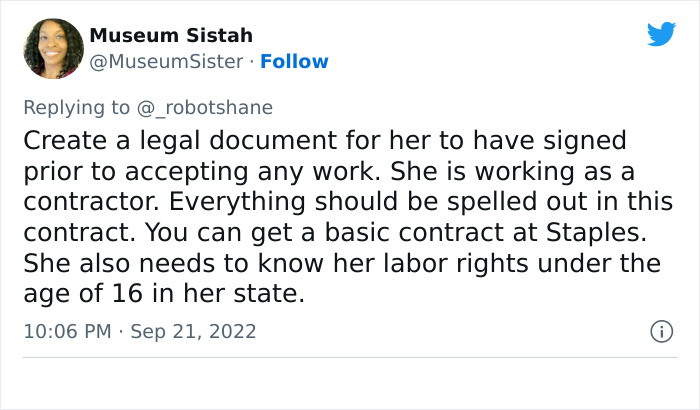 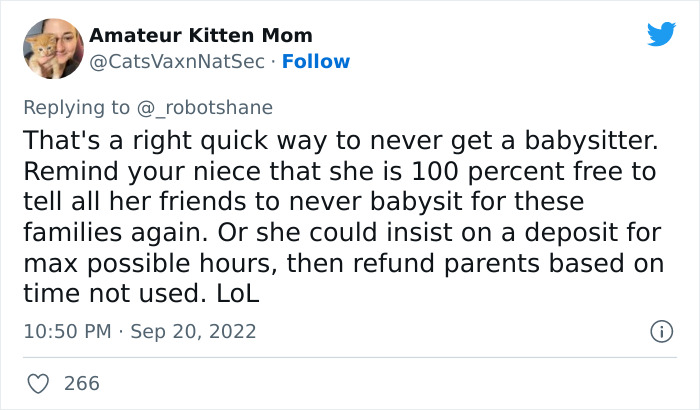 While others shared similar experiences: 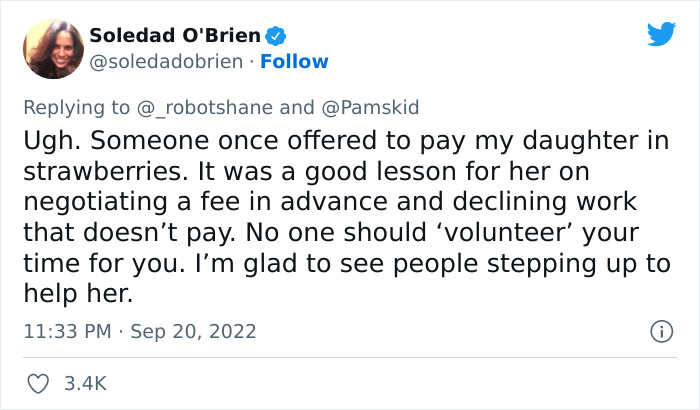 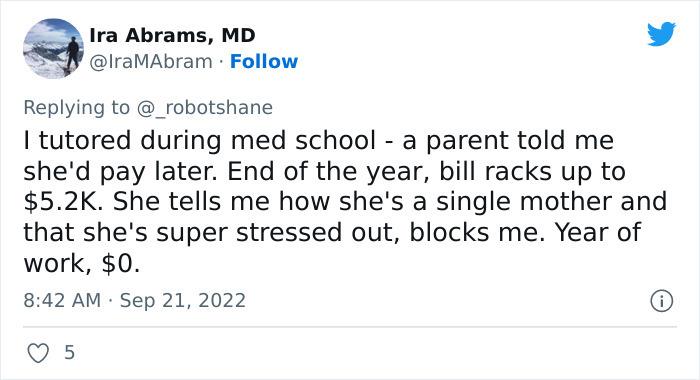 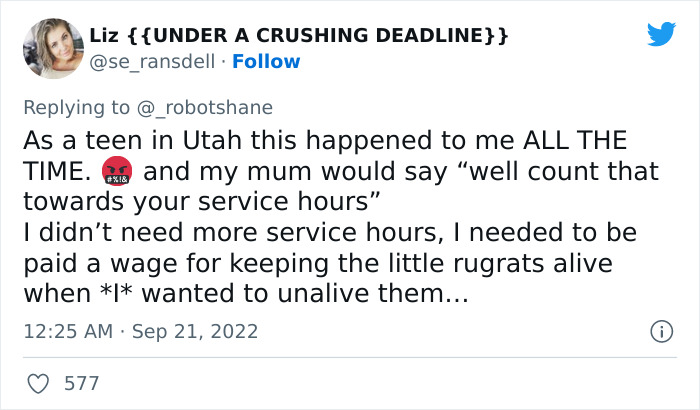 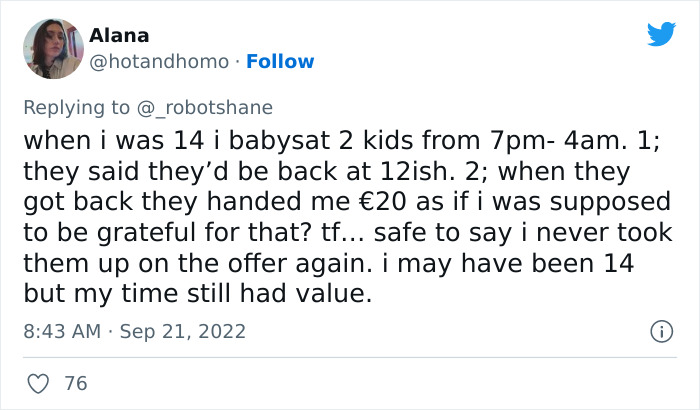 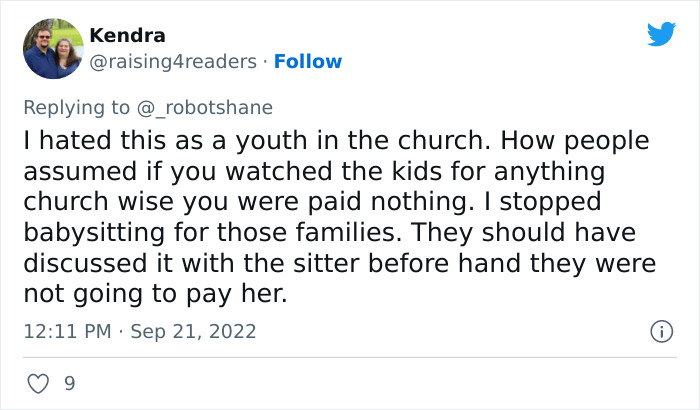 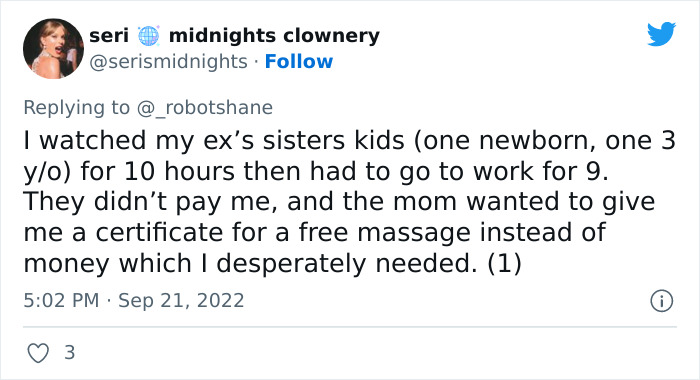 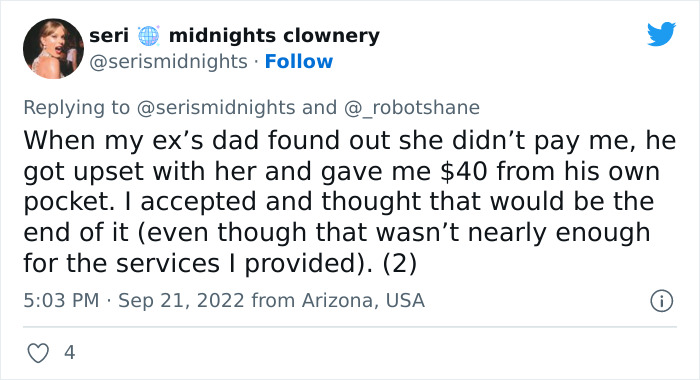 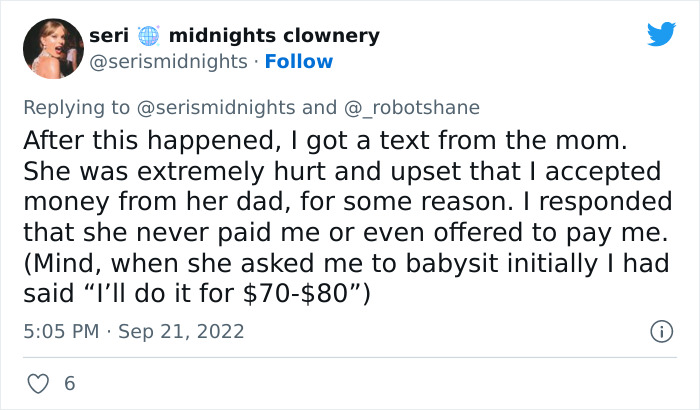 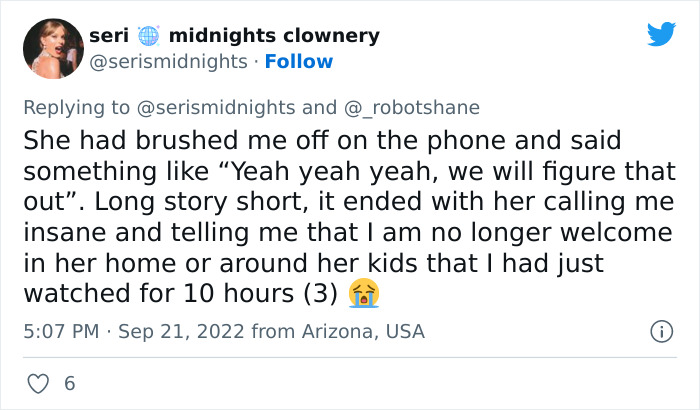 The post “7 Kids, 9 Hours, 0 Dollars”: Religious Parents Use Going To The Temple As An Excuse Not To Pay Their Babysitter, Get Called Out Online first appeared on Bored Panda.