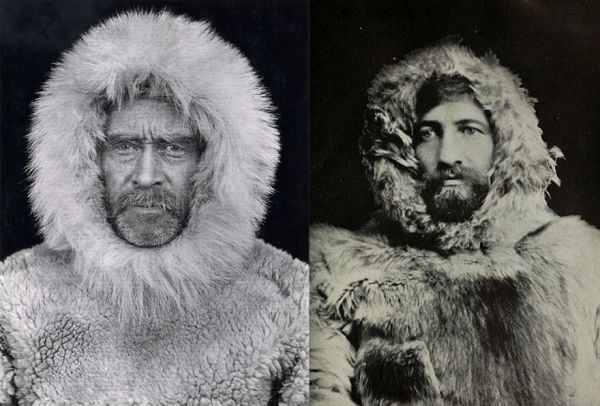 If you had to name the first person to reach the North Pole, you would probably say Robert Peary. But we may never know for sure, as Peary was in a race against Frederick A. Cook. Both men set out on their respective expeditions in 1908, long before modern communications could track them. And there may have been some sabotage involved.

On his return trip, Cook had stopped in Annoatok, Greenland, and ran into an American hunter named Harry Whitney. Looking to offload some weight for the next leg of his journey, Cook entrusted Whitney with his supplies—including his navigational records and sextant—under the impression that Whitney would safely take them to New York City. They would meet later.

Months later, Robert Peary—fresh from his own expedition north—would appear in Annoatok with a boat. Whitney was thirsty to leave Greenland, and Peary agreed to help take Whitney home under one condition: That he leave all of Cook’s supplies behind. Whitney accepted. Cook, with his equipment lost somewhere in Greenland, would never be able to defend his claim. The New York Times, which had helped sponsor Peary’s trip, would say that Cook’s claim was “The most astonishing imposture since the human race came on earth.”

Savage. Whether or not that story is “hilarious,” it is one of eight rather interesting rivalries that took a strange turn in a list at Mental Floss. Others include Mark Twain’s vendetta against the postal service, the fight over how vultures smell, and a dinosaur built all wrong.

The Scariest Movies, According to Heartbeats

Are There Still Human Remains In The Titanic Wreckage?

This 12-Year-Old Made A Significant Dinosaur Discovery

An Honest Trailer for <i>Us</i>

The Stars of This Outdoor Collection Are… Swings!