Quick, Pandas, what are the first few things that pop into your mind when I mention Australia? If we were to go by stereotypes alone, odds are that you might have thought along the lines of poisonous wildlife, koalas, kangaroos, boisterous yet friendly locals, God-tier surfing, delicious barbeques, and all-around having a great time at the beach. However, Australia is far more than just what we learn about it from movies, TV shows, and the news (though those can help us get a better handle on the culture). And a lot of the magic lies in the language.

Sure, we might all be speaking English, but Australians have a whole host of colorful phrases, fun expressions, stunning slang and take some truly magnificent linguistic liberties that are just as impressive as the country’s vast biodiversity. And Bored Panda has traveled all over Twitter to share how non-Australians reacted when they learned about some of these interesting turns of phrase, as well as a sprinkling of some other interesting Aussie facts. Cultural quirks that we love? You bet!

Scroll down, upvote your favorite tweets, and let us know which of them made your day the most, dear Pandas. Personally, I think that saying ‘fairy floss’ instead of candy floss and calling astronauts ‘Austronauts’ is truly, deeply ingenious.

I was curious to learn about how differences in the same language develop in different places, how expressions get entrenched in languages, and how we can become more aware of fun linguistic tendencies in our native tongues, so I reached out to Lisa McLendon at the University of Kansas.

“Any living language is always changing, and different regions/groups/subcultures take the language in different directions,” she told Bored Panda, adding that geography is also a “significant factor” in language change. Lisa is the William Allen White Professor of Journalism and Mass Communications and the coordinator of the Bremner Editing Center at KU. Scroll down for the full interview.

Lisa from KU shared with Bored Panda how certain expressions, like the fun Australian phrases featured in this article, become part of our everyday life and win out over alternatives.

“Some new words and phrases catch on quickly because they refer to something new: an object, an action, a job. Think about all the terms surrounding social media that didn’t exist 10 or 15 years ago. When a new thing comes along, we have to call it something,” Lisa explained that innovation can drive changes in language. 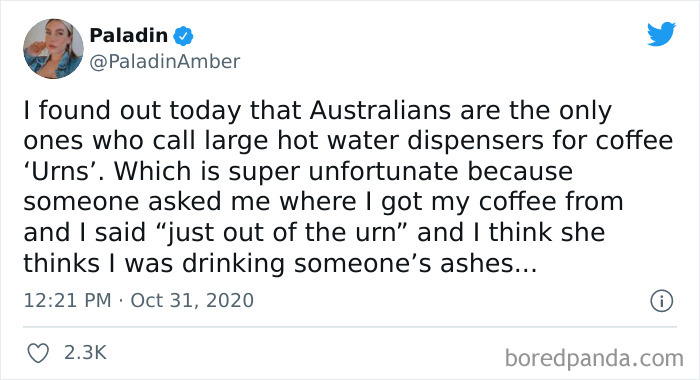 Popularity via media can be another way how slang spreads. “But then there are slang words and words that shift in meaning. Sometimes those move into the mainstream from a specific region, group, or subculture. How? One way is media: say a popular TV show, movie or song uses a word—lots of people are then hearing the word and it can make the transition from niche to national.”

Though not all expressions can boast about their longevity. Some are simply fads that fade into obscurity far too quickly while others become part of the essence of the language itself. “Sometimes these are a ‘flash in the pan’—popular for a short time but quickly pass. Sometimes they stick around and are adopted into the lexicon. Why? It depends on a lot of factors that aren’t entirely predictable, such as whether the term is useful or adds something needed in the language.”

Lisa noted that nobody can force expressions to be adopted, this process needs to be natural. “The move needs to come from the users of the language: Most changes imposed from the ‘top down’ don’t stick.”

What’s more, Lisa told Bored Panda how we can become aware of some of the more interesting aspects of our language, such as all the colorful phrases that we use.

“The easiest (and most fun) way is through media from other cultures that speak the same language. For instance, if you’re an American English speaker, you’re in a new world of words when you watch Australian or British shows or movies, or even ones from the US that focus on a region or group different from your own. Language is a rich and beautiful thing, and with all the streaming options available now, it’s easy to find something that doesn’t have the ‘same expressions all the time.'”

Professor Christine Vogt, who heads Arizona State University’s Center for Sustainable Tourism, explained to Bored Panda that we should all take the time to learn about local customs and the language before heading abroad. In this case, it might mean catching up with Australian slang. This article might be a small primer, but you can find a more comprehensive list right here.

“More than likely that is what draws a person to visit a certain place. The more local knowledge a traveler has, the more a traveler can feel like a local and fit in,” Christine told Bored Panda during an earlier interview.

“Local customs can include how a traveler dresses, eats, uses a cell phone, etc. When a traveler is out in a community such as walking in a downtown area or eating in a restaurant, these local customs can come into play,” the expert said.

“For example, in Buddhist countries, a woman who has not covered her shoulders or legs may not be allowed into temples or even a restaurant. Learn as many local customs as you can and a few key words to enhance your experience,” the professor said that we should learn to adapt to the local cultures so we can enjoy them to the fullest. It’s best to participate them instead of looking in, lost, from the outside.

As I wrote in my earlier article about Australia being the ‘Land of Nope,’ there’s a lot of wildlife there that might make visitors to the country pause for a bit and reorganize their life priorities. Around 100 of the 170 snake species living in Australia are poisonous. Meanwhile, 21 of the world’s 25 most venomous snakes also call the Land Down Under their home. However, casualties are few and far between. 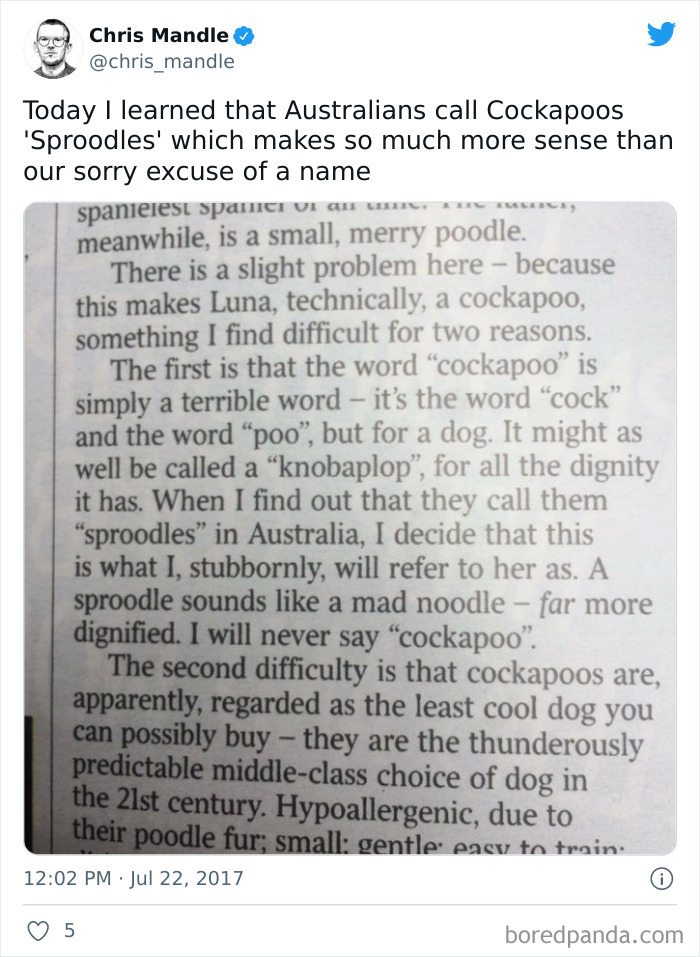 What’s more, Australia’s also home to over 2.4k different species of arachnid. Though, keep in mind that fewer than 50 Australian spider species actually pose a threat to people. All the others are fairly friendly. One thing that should definitely help you get over the creepy crawlies is the colorful slang and the friendly locals. Australia’s more than its snakes and spiders. So much more. 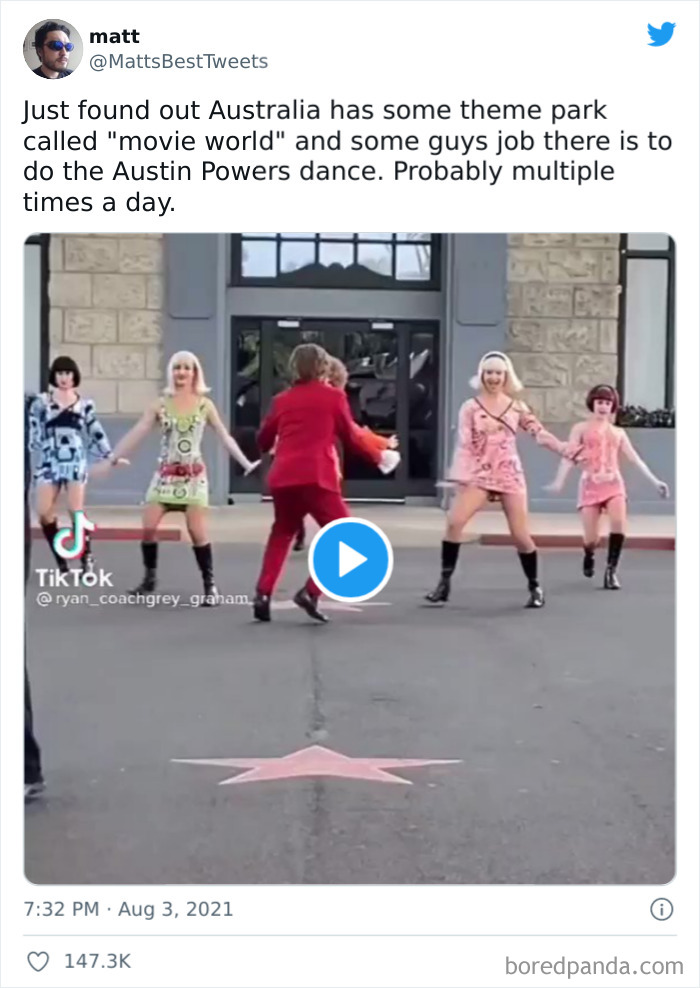 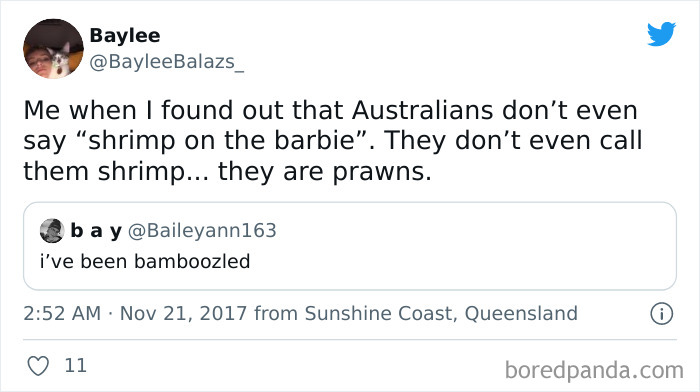 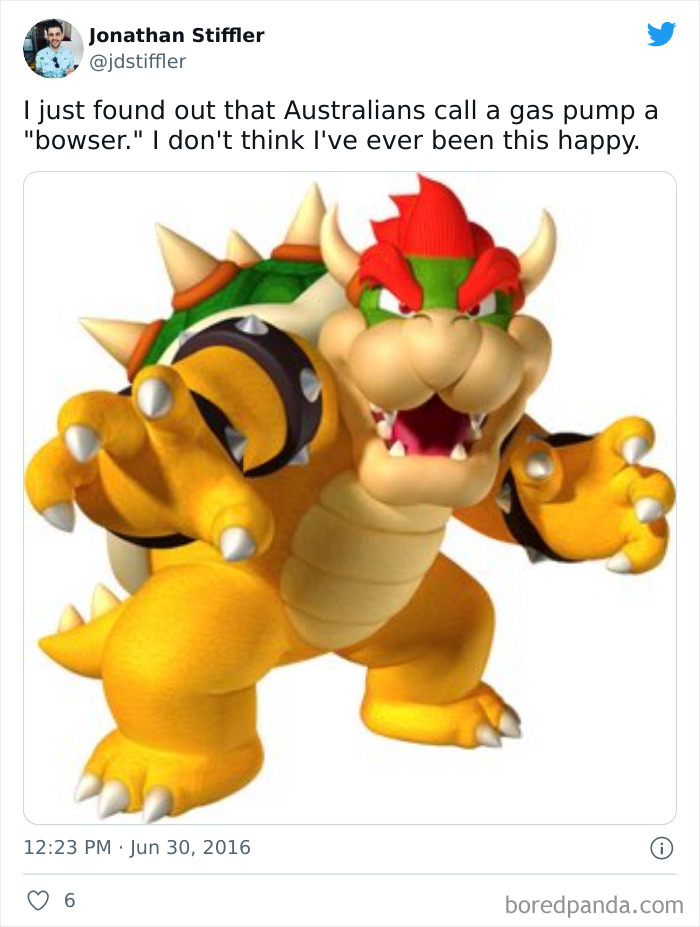 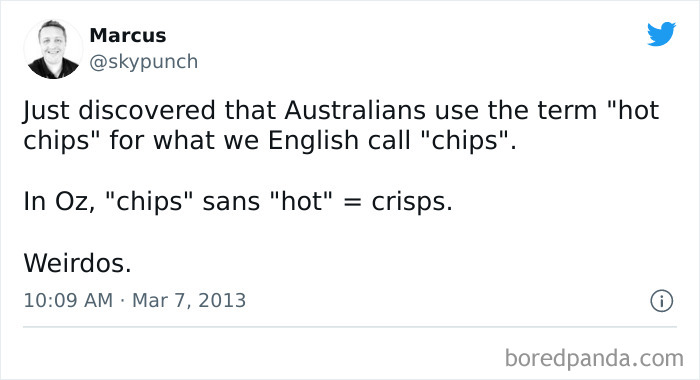 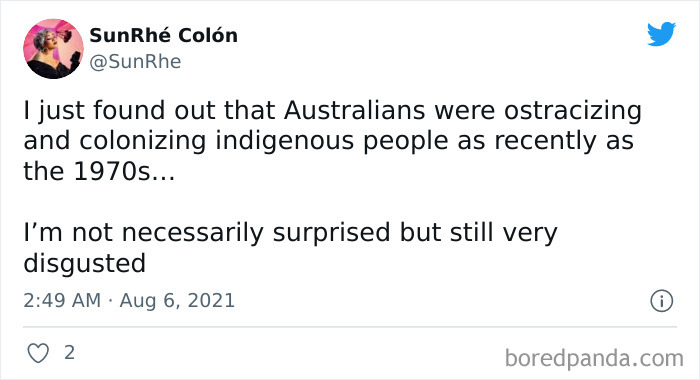 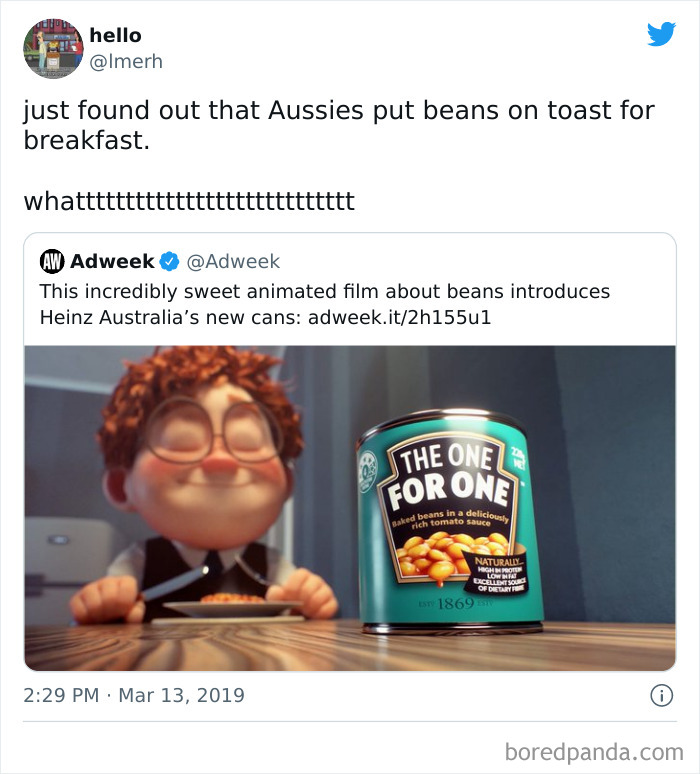