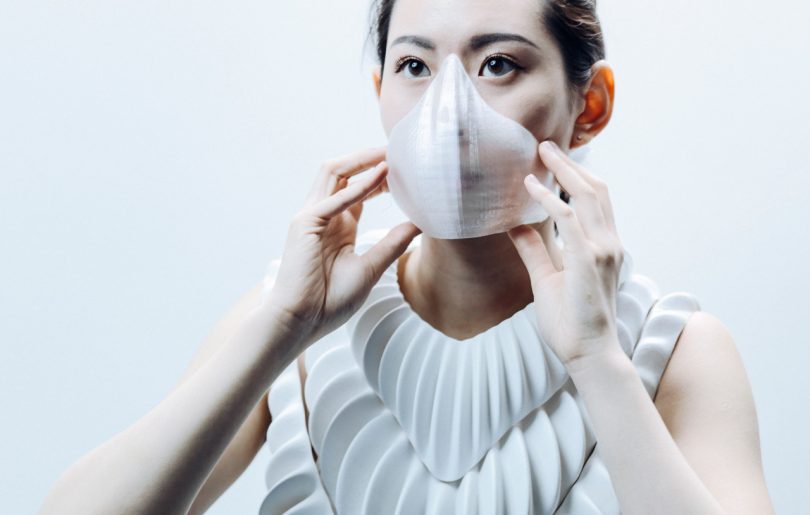 Designer and material scientist Jun Kamei is looking ahead toward solutions to help people adapt to the sea level rise caused by climate change, predicted its effects upon between 0.5 – 3 billion globally along some of our most populous cities. His vision Amphibio is a 3D printed amphibious garment designed to work with, not against, the possibility many of us will increasingly live in close proximity to water. 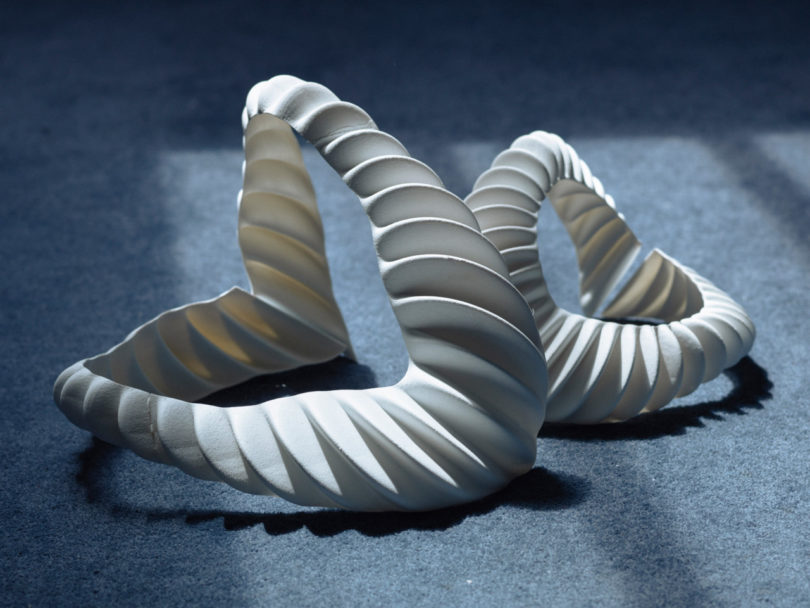 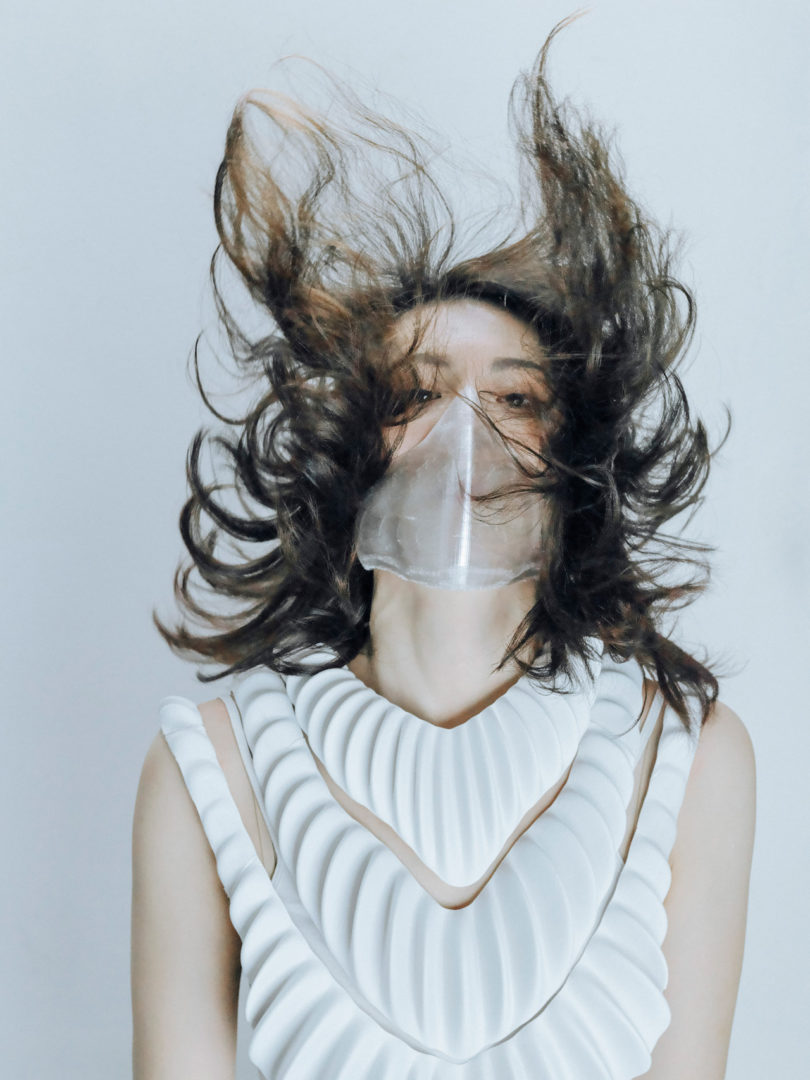 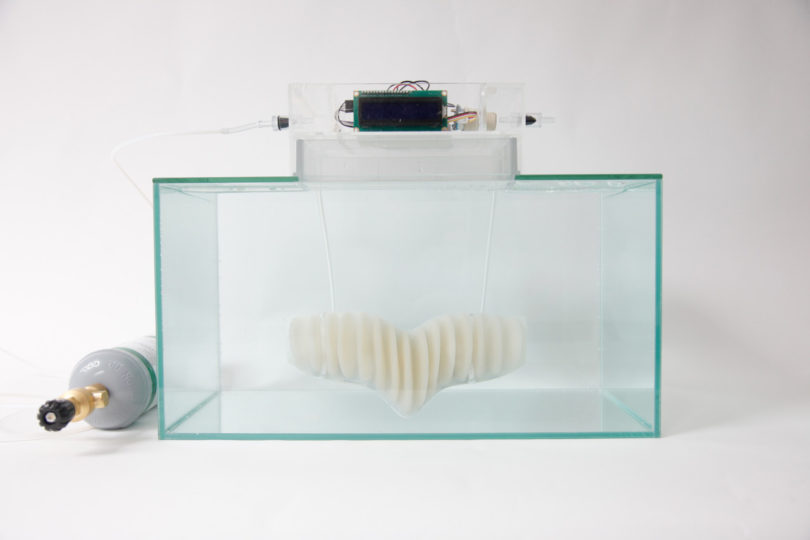 Designed at the Royal College of Art in collaboration with the RCA-IIS Tokyo Design Lab, Kamei studied how aquatic insects use a thin layer of air trapped across their carapace, a super-hydrophobic surface that operates as a gas-exchanging gill. Noting this evolutionary adaptations, Kamei developed a special porous hydrophobic material engineered to allow underwater breathing by extracting oxygen from the surrounding water while also removing accumulated carbon dioxide in similar fashion, forming what might appear as entomological-inspired haute couture. The gentle biomimetic pleats draped across the body are designed to multiply the amount of surface area available for the material to do its gas exchange magic.

But before ditching any diving gear, it should be noted Amphibio can’t yet produce enough oxygen to fully support underwater breathing for a human swimmer; the efficiency has yet to match the oxygen requirements of a human being (despite the fold, at its current state Ambibio would require 32m2 of surface area to provide enough oxygen to its wearer). 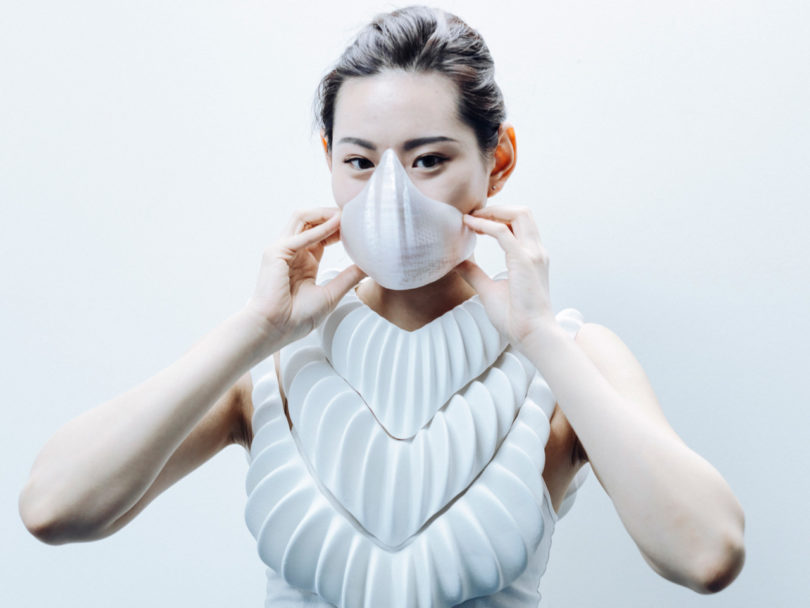 Nevertheless, one might imagine with further optimization of the material, Amphibio could one day allow swimmers and free divers an extra means of staying underwater for longer without the heft of current diving equipment.

Can You Find the Cat?

A 20th-Century Jonah and the Whale Tale

First Evidence of a Planet in Another Galaxy