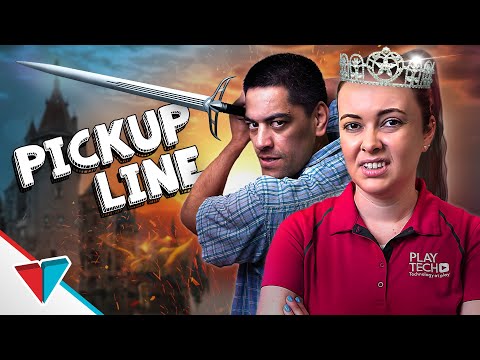 A throwaway pickup line goes completely off the rails in this video from Viva La Dirt League. She works in a video game store; he assumes she’s into video games. So he tries a cheesy pickup line from a video game world. She doesn’t seem the least bit interested, but her snappy comeback forces him into creative mode. His epic story stays true to canon even though he’s making it up as he goes along. She soon determines that he is a genuine fantasy video game aficionado instead of a poser, and he’s fast on his feet. But is that enough? Is she even attracted to genuine fantasy video game aficionados? His pride won’t let him stop, or back down. If she doesn’t find true love, at least she gets a great story. Notice that when it’s all over, he still hasn’t paid for his purchase.  -via Geeks Are Sexy