Andrea Casciu is back to leave his unmistakable sign with a new mural work entitled “Pietra Sonora” in Fiorano Modenese.

Andrea’s work is a tribute to the famous Sardinian artist Pinuccio Sciola, to whom has been dedicated a larger project entitled “The Stones Tell”, made it with the intention of enhancing the works already present on the territory and to tell his relationship with the city itself.

The mural is located on the side wall of the Astoria Theater. 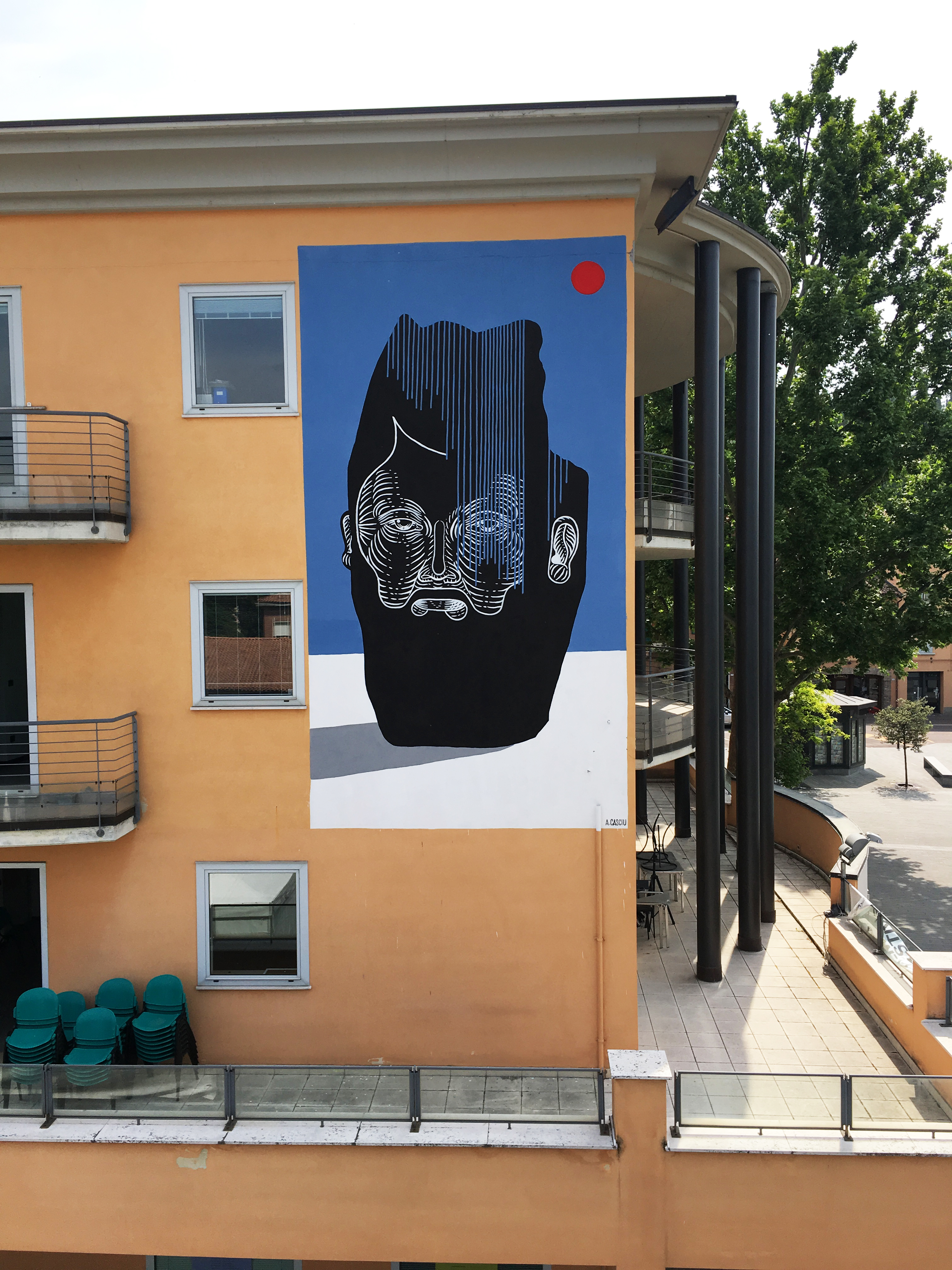 Andrea was inspired by the famous “Pietre Sonore” (Sound Stones) invented by Pinuccio Sciola. The sound stones are sculptures made by engraving the rock with parallel cuts of different lengths and distances. Touching the incisions with the percussion of the hands, they produce sounds of different intensity which give rise to many emotions.

The beard-face is a recurrent sign in his artistic production, representing a sort of self-portrait that, with the passage of time, has acquired its own autonomous strength. It has become an icon free from any scheme which changes every time, identifying himself in the different projects he encounters in his path.

The project was curated by Giulia Caverni.

Thanks to the artist for the photos below and stay tuned for more updates from Italy. 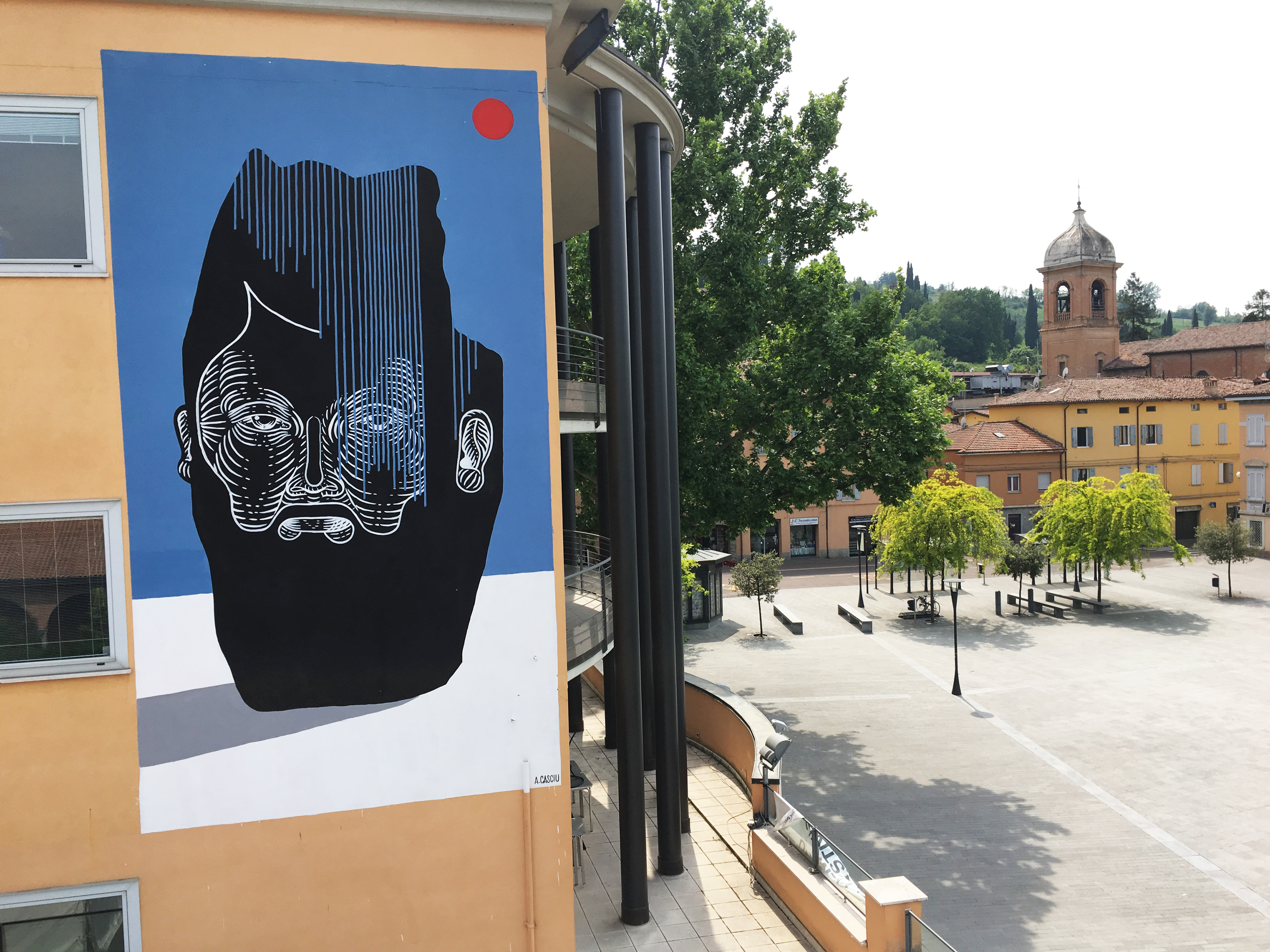 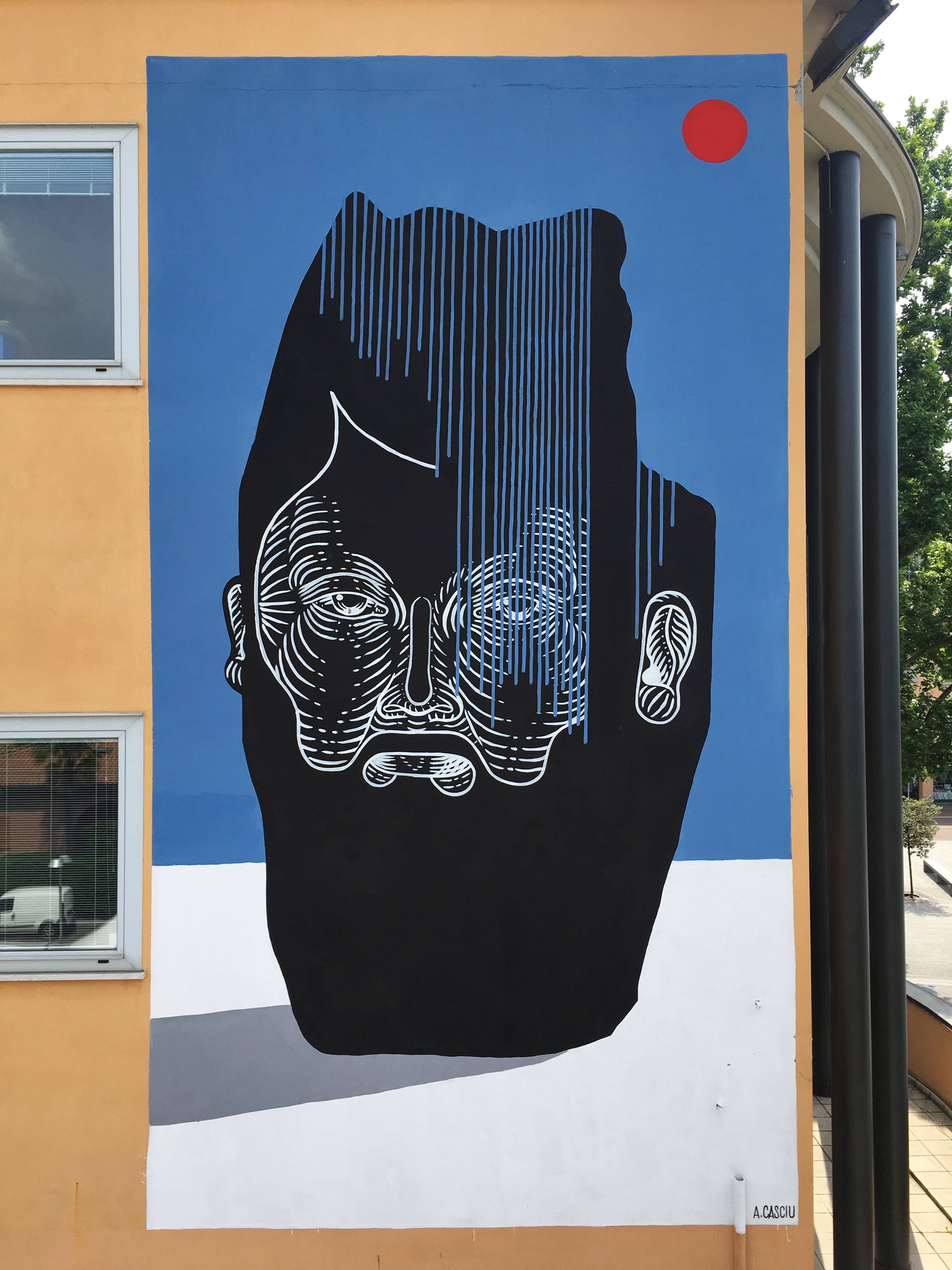 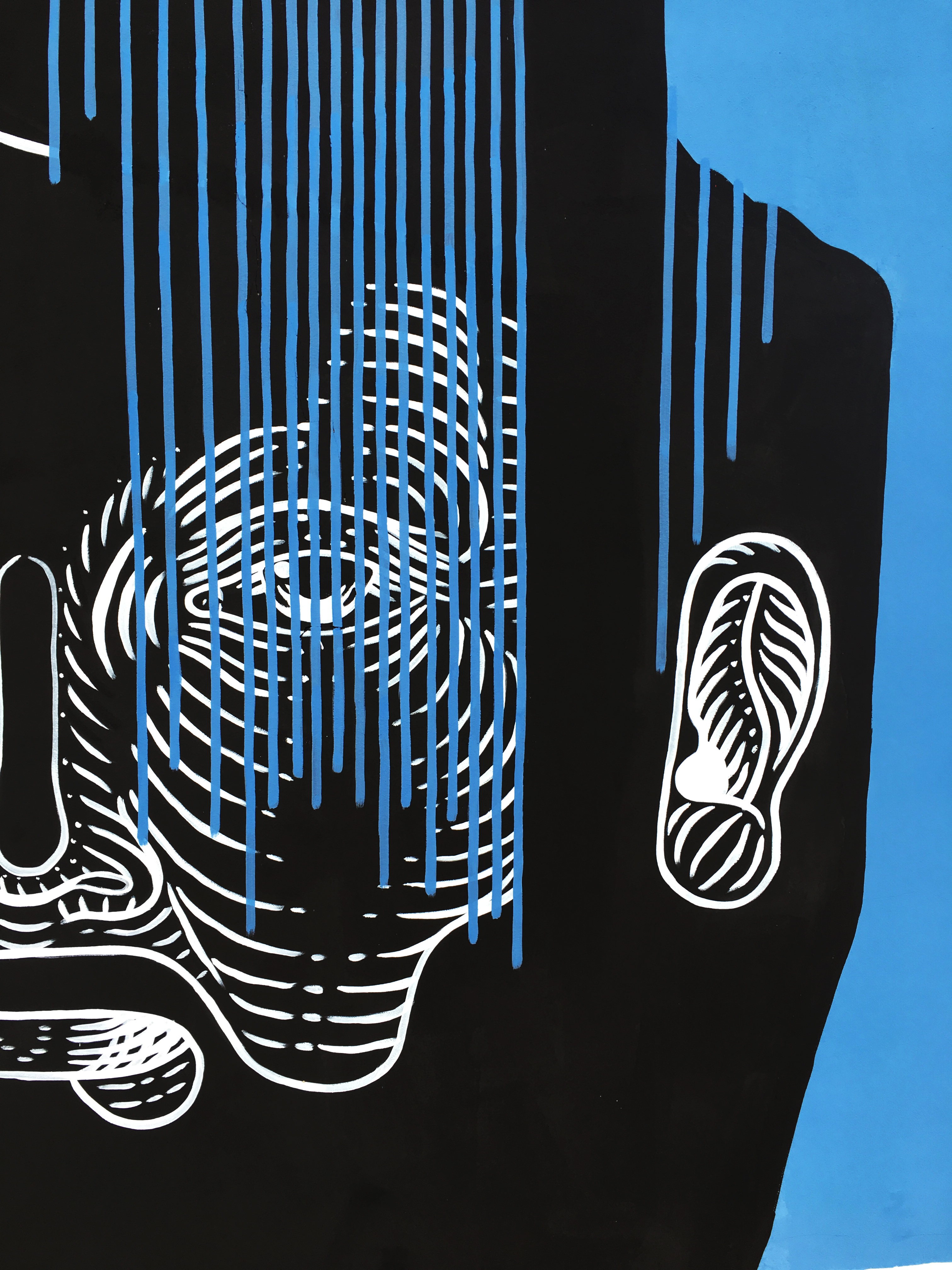