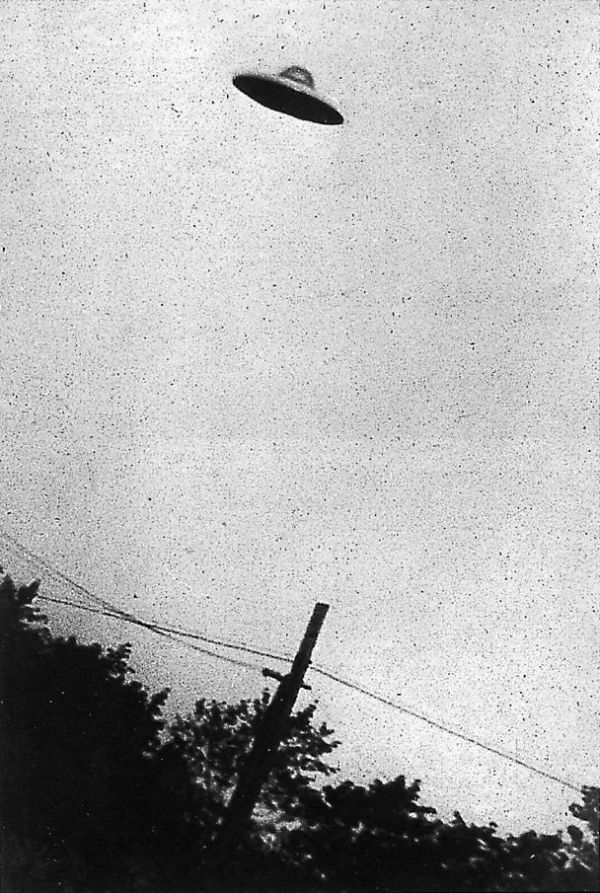 UFOs are easy to explain -they are unidentified flying objects, and are unidentified because we don’t know what they are. There are often several possible explanations; we just don’t know which one is correct. However, when you start talking about aliens and flying saucers and extraterrestrials, suddenly everyone is interested. While odd things have been seen in the sky since ancient times, they’ve only been publicized, recorded, and studied since around 1947. Penn State historian of science Greg Eghigian is writing a history of American UFO sightings, and tells us how it all got started.

A pilot by the name of Kenneth Arnold was flying his small plane near Mount Rainier in Washington state. As he was flying around he said he saw some sort of glimmer or shine that caught his eye and was concerned that maybe he was going to have a collision with another aircraft. When he looked, he saw what he described as nine very odd-shaped vessels flying in formation.

After Arnold landed, he reported his sightings to authorities at a nearby airport and eventually talked to some reporters. When a reporter asked Arnold to describe how the things moved, he said, “they flew like a saucer would if you skipped it across water.” Some very clever enterprising journalists came up with the headline “flying saucers” and from that point forward they were flying saucers – even though Arnold never uttered the phrase himself.

A Gallup poll six weeks after the event discovered that 90% of Americans had heard the term flying saucer. This was the beginning of the phenomenon that some call the flying saucer era and the contemporary idea of UFOs.

Eghigian gives us an overview of UFOs in the public eye and the in military studies in the interview at The Conversation. -via Damn Interesting