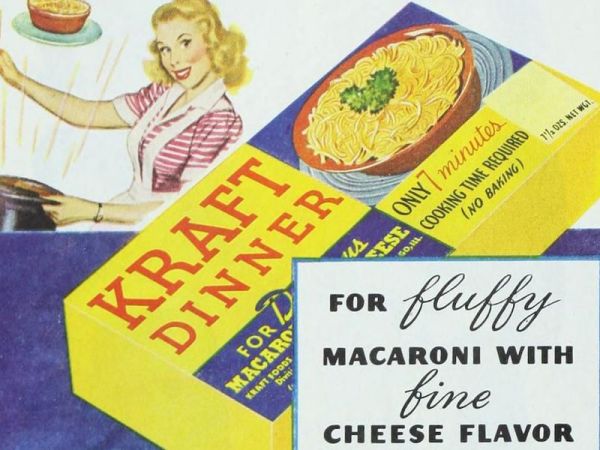 Macaroni and cheese has been an American (and Canadian) staple since Thomas Jefferson regaled the recipe he encountered in France. It expanded to nearly all American tables because it was simple, delicious, and most of all, cheap. After all, cheese itself was invented as a survival food to make milk last longer when there was nothing else to eat.

Although processed cheese was invented in Switzerland, big American cheese producers—as part of our factory-scale, get-big-or-get-out philosophy of food production—bought into processed cheese so heavily that the very definition of “American cheese” has come to be a processed product. Many Americans may never have had a macaroni and cheese made with real cheese, and many who grew up on mac and cheese may never have had a version that wasn’t made with a powdered mix. While the most popular brand of boxed mac only just recently quietly removed artificial colors and preservatives from their “cheese sauce,” it seems, from a traditional roux-making perspective, still far removed from the original recipe.

Macaroni and cheese has been served as long as there has been a United States of America, but in a 20th-century economy driven by convenience packaging and industrialization, it was elevated to an ideal American food: Pasta and processed cheese are very cheap to make and easy to ship and store, and they certainly fill up a belly. It’s no wonder a hot gooey Velveeta mac and cheese tastes like a winner to so many Americans, even those attending a fancy contest in San Francisco.

The contest the author refers to is one in which the popular vote went to a chef whose recipe for macaroni and cheese included Velveeta, which caused a scandal among the gourmet judges. Read about how American fell in love with macaroni and cheese at Smithsonian.

The Meanings of Minimalist Memorials