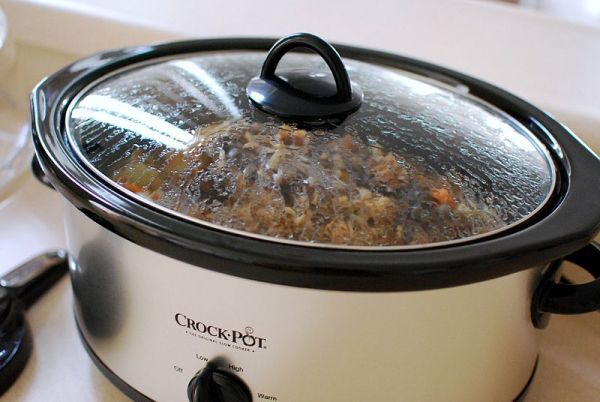 Many long-time cooks consider the Crock Pot to be an appliance of the 1970s, even though we still use them. Some still have their slow cooker from that time, while others have had to adapt to higher-temperature modern cookers. So you may be surprised to learn that the Crock Pot was patented in 1940. Really. However, the idea behind it is even older.

The Crock Pot’s story began during the 19th century in Vilna, a Jewish neighborhood in the city of Vilnius, Lithuania. Once known as the “Jerusalem of the North,” Vilna attracted a thriving community of writers and academics. There, Jewish families anticipated the Sabbath by preparing a stew of meat, beans and vegetables on Fridays before nightfall. Ingredients in place, people took their crocks to their towns’ bakeries—specifically, to the still-hot ovens that would slowly cool overnight. By morning, the low-and-slow residual heat would result in a stew known as cholent.

Long before he invented the modern slow cooker, Irving Nachumsohn learned of this tradition from a relative.

Nachumsohn’s invention was called the Naxon Beanery, which may explain why it didn’t take off right away. Read how the Crock Pot came about, and how slow cookers became a must-have appliance at Smithsonian.